So far, only one team has managed to score against Langley Secondary School Thunderbirds.

It happened on the very first play, during their first game of the new season on Sept. 17, when Carson Graham ran the ball back.

Thunderbirds then blocked the attempt at a two-point convert and went on to win 50-6. 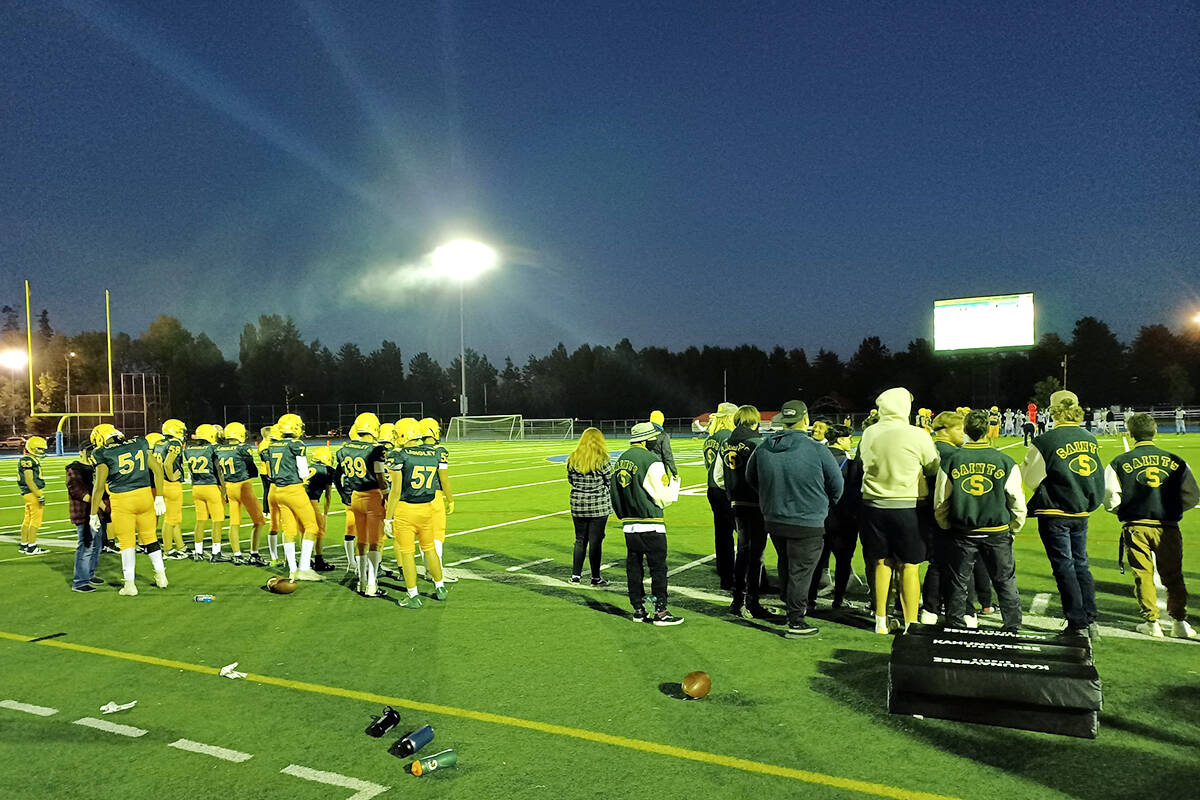 In their first three games, that has been the one and only time another team has scored against Thunderbirds, team offensive coordinator Joe MacLeod noted.

Not later on Sept. 24 against Ballenas, when the Thunderbirds won 26-0, and not on Friday, Oct. 8 , their first home game at McLeod stadium in Langley, when they downed Argyle Secondary 42-0.

Langley was leading 7-0 by the half, and went on to pile up the points before an appreciative home crowd.

“The community that we have in Langley is extremely supportive of football,” MacLeod remarked.

MacLeod said after being forced to sit out the 2019 season due to the pandemic, players were exhilarated to finally be playing at home.

The TBirds would like to thank all the returning alumni and our fantastic fans for showing up and showing out! MAP was rocking tonight! Supporting Langleys ONLY high school football team! #togetherstrong #thunderstruck #countryroads @LangleySS @LangleySchools @LangleyTimes pic.twitter.com/kOQt2nIp4p

MacLeod credits head coach Mark Wyse with forging a defence that has yet to give up a single point, keeping the team in the game even when the Thunderbirds offence is slow to get in gear.

MacLeod ascribed the the team’s dominance to it’s physicality, along with a “hard-nosed mentality, and a real hard working [ethic].”

He gave credit to linemen Many Fotioux, Navjot Poomni and Nick Reimer for their drive.

“There’s a certain amount of shock and awe that they bring,” MacLeod commented.

“They wear the others down.”

Thunderbirds’ next home game is against also-undefeated Robert Bateman school, on Oct. 15 at 7 p.m.