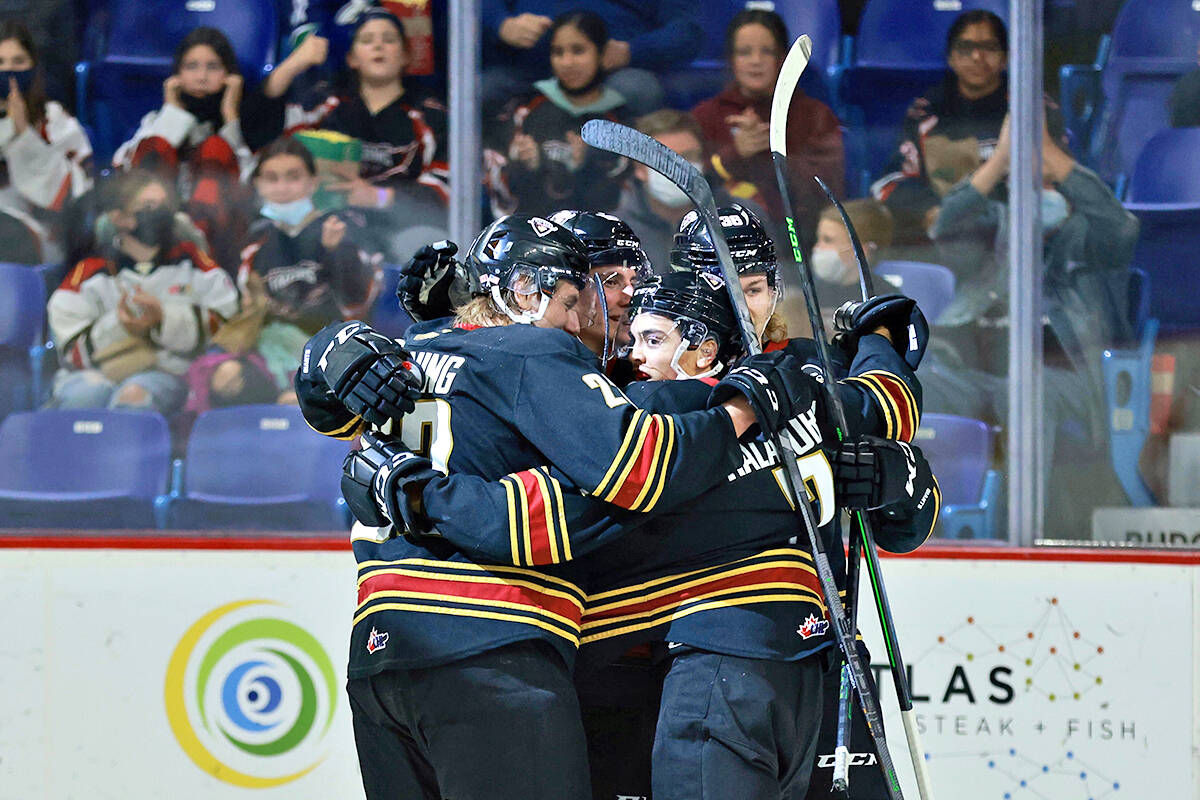 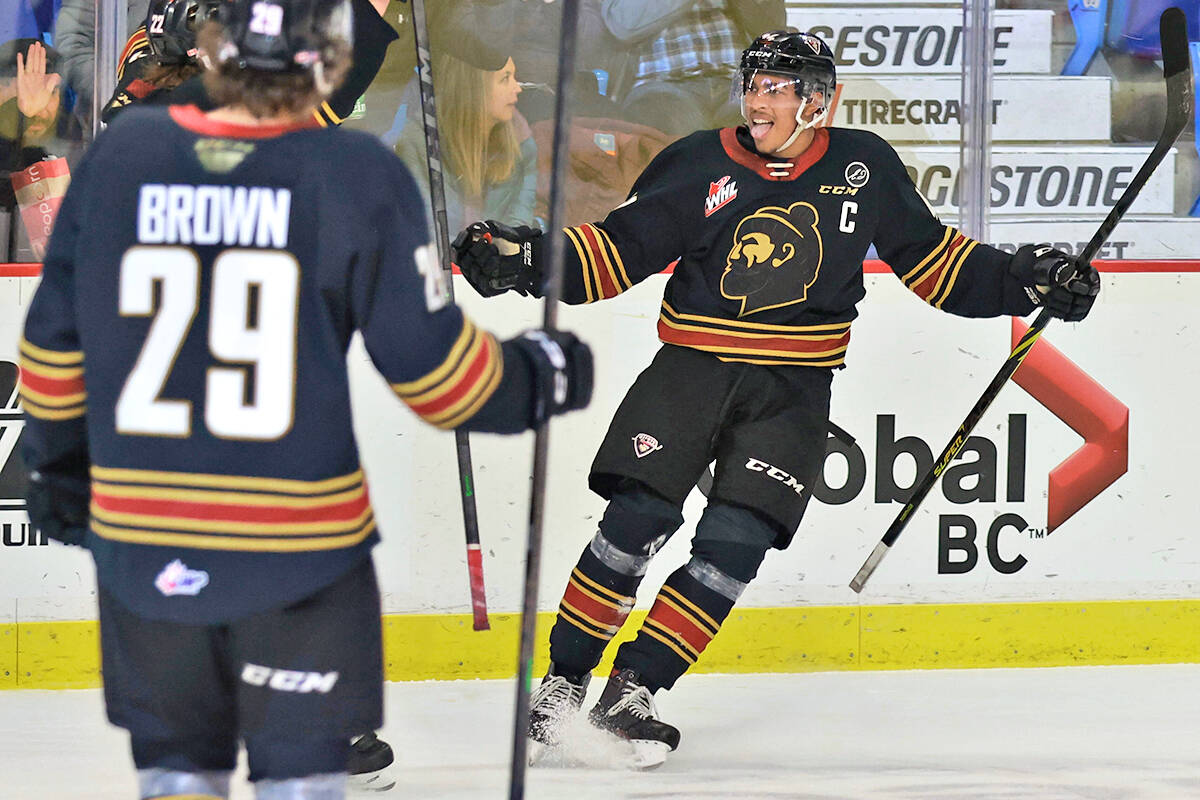 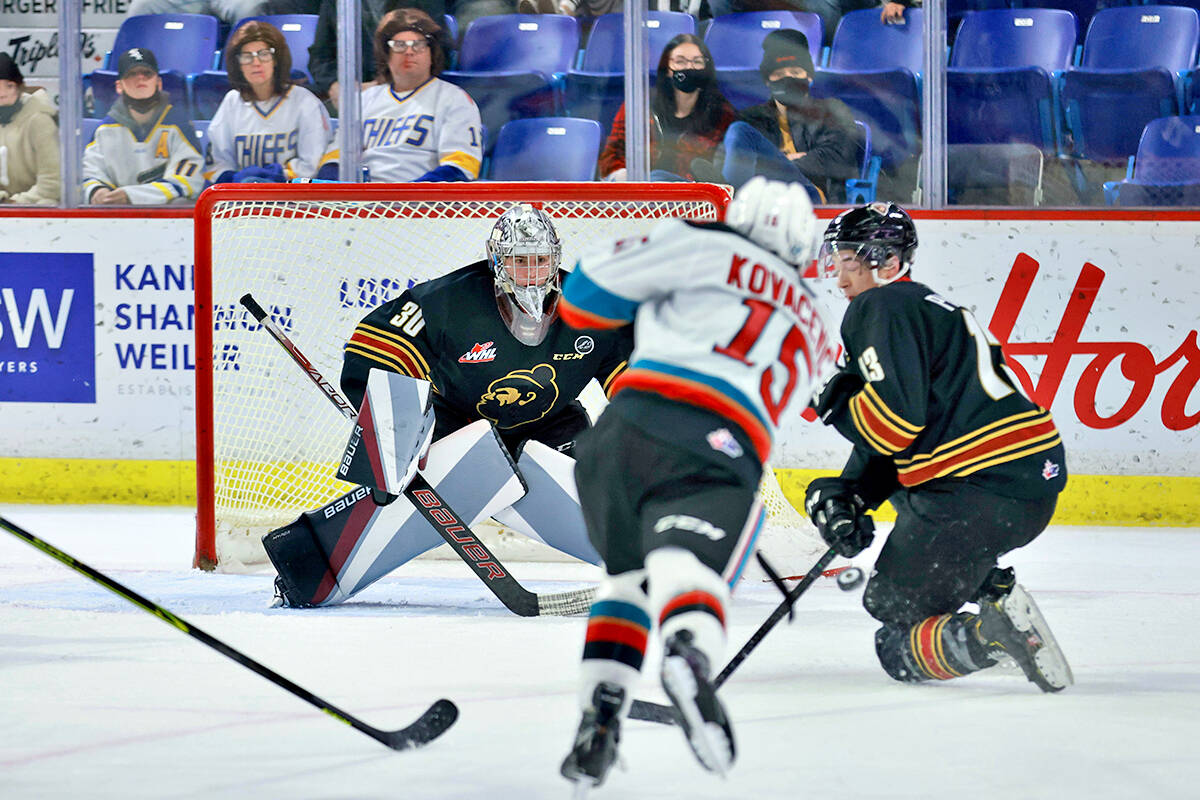 Vancouver Giants power play was operating at a league-worse 5.9 per cent; following a near-perfect performance on Friday, they no longer find themselves at the bottom of that list.

Giants scored four times in five power-play opportunities and for good measure, Vancouver’s penalty kill – which did allow one goal on four Rockets opportunities – managed to win that special teams battle as well, registering a pair of short-handed tallies.

Add it all up, and the team scored a convincing 7-2 win over the visiting Kelowna Rockets in Western Hockey League action at home in the Langley Events Centre. Vancouver sits at 4-2-0-0 while Kelowna is 2-3-0-0.

The Rockets had entered the contest boasting the league’s third-most potent power-play at 30 per cent while their penalty kill was fourth-best with an 86.7 per cent success rate.

“We recognized how much better we can be with our power play contributing so we spent some time and made some adjustments,” explained Vancouver head coach Michael Dyck. “Not so much systematic but putting guys in different spots and it worked for us. We simplified and were rewarded.” 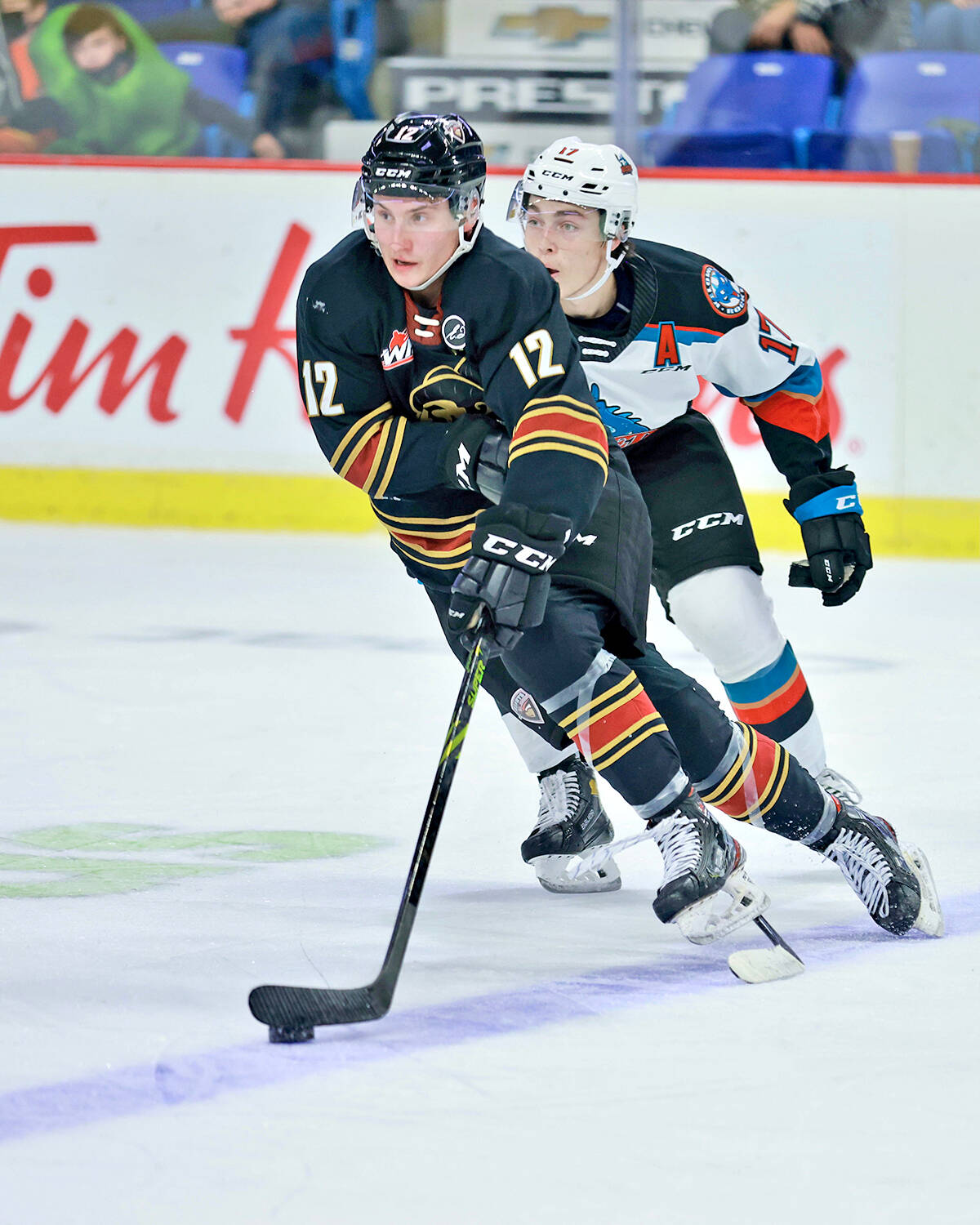 The first period saw the Giants leading 2-1 with Adam Hall scoring short-handed while Ty Thorpe added the first of Vancouver’s power-play goals with Kelowna’s Colton Dach responding for the visitors between the two goals.

“The first period wasn’t the best start. We’ve had some tough starts this season. We had a chat in the locker room after the first period and I thought we bounced back and scored some special teams’ goals, which have been a bit of a struggle,” said Fabian Lysell, the Swedish import who had his mother in town for the game and was determined to make sure she saw a victory.

And Lysell put on a good show alongside his teammates as he finished with a goal and three helpers. Giants captain Justin Sourdif also had a four-point game with two goals and two assists and they were among the five Vancouver players with multi-point games.

RECAP: Fabian Lysell and Justin Sourdif combined for eight points while the Giants special teams supplied six goals in a 7-2 triumph over Kelowna Friday at the @LangleyEvents.

Ty Halaburda would notch the eventual game-winner with his first career WHL goal on a Giants power play early in the second before Sourdif (short-handed) and Kelowna’s Jake Poole scored 51 seconds apart on the same Rockets man advantage.

So Ty, walk us through your first @TheWHL goal.. pic.twitter.com/jSfwJmyJxC

But any hopes of a Kelowna comeback were quickly quashed as Connor Horning, Sourdif and Lysell scored in the final five minutes of the middle stanza for an insurmountable 7-2 lead.

Giants and Rockets will meet for the third consecutive time when they hit the ice in Kelowna on Wednesday. It begins a stretch of three games in four days as Vancouver also hosts Prince George on November 5 and Portland the following evening, with both games at Langley Events Centre.