Dylan Garand turned aside all 18 Giants shots fired his way for the shutout while Trent Miner put forth a made 28 saves on 30 shots faced.

Giants penalty killers were busy, killing all seven of their shorthanded opportunities.

Giants associate coach Keith McCambridge said the team was in it till the end, but fatigue from traveling late and multiple penalties proved to be too much to overcome, against a team with “fresh legs.”

“We got in at one in the morning,” McCambridge noted.

“You could tell the guys were running out of gas.”

While the team was effective on the power play every time, it still meant fewer players on the ice and fewer opportunities, he added.

“When you’re having to kill that many penalties, its a recipe for disaster.”

McCambridge said adjustments will be made.

“We’ve got to find ways to create more offence,” he commented.

“Not just three to four minutes at a time but for sustained periods.”

After a scoreless first period, Kamloops finally put a puck past Trent Miner at 11:36 of the second when Daylon Keufler was able to stuff a puck across the line off a scrum in close to the Giants goal.

Sean Strange and Josh Pillar both assisted on Kuefler’s second goal of the season.

That ended Miner’s shutout streak against the Blazers at 151 minutes and 36 seconds.

His streak began back on April 5th.

In the third, Connor Zary extended the Kamloops lead to 2-0 when he poked in a rebound at 10:28. Josh Pillar assisted on the play, as did Montana Onyebuchi.

For Zary, it was his sixth goal of the season.

It was the first time the Giants have been shutout so far this season and just the fourth time in a span of 14 games that the Langley-based team has been outshot by an opponent.

As well, Justin Sourdif had his nine-game point streak snapped. He finished his streak with five goals and nine assists for 14 points.

Miner was named a star of the game.

Giants now sit four points back of Kamloops in the B.C. Division standings.

They have a rematch with Kamloops Tuesday night at 7 p.m. 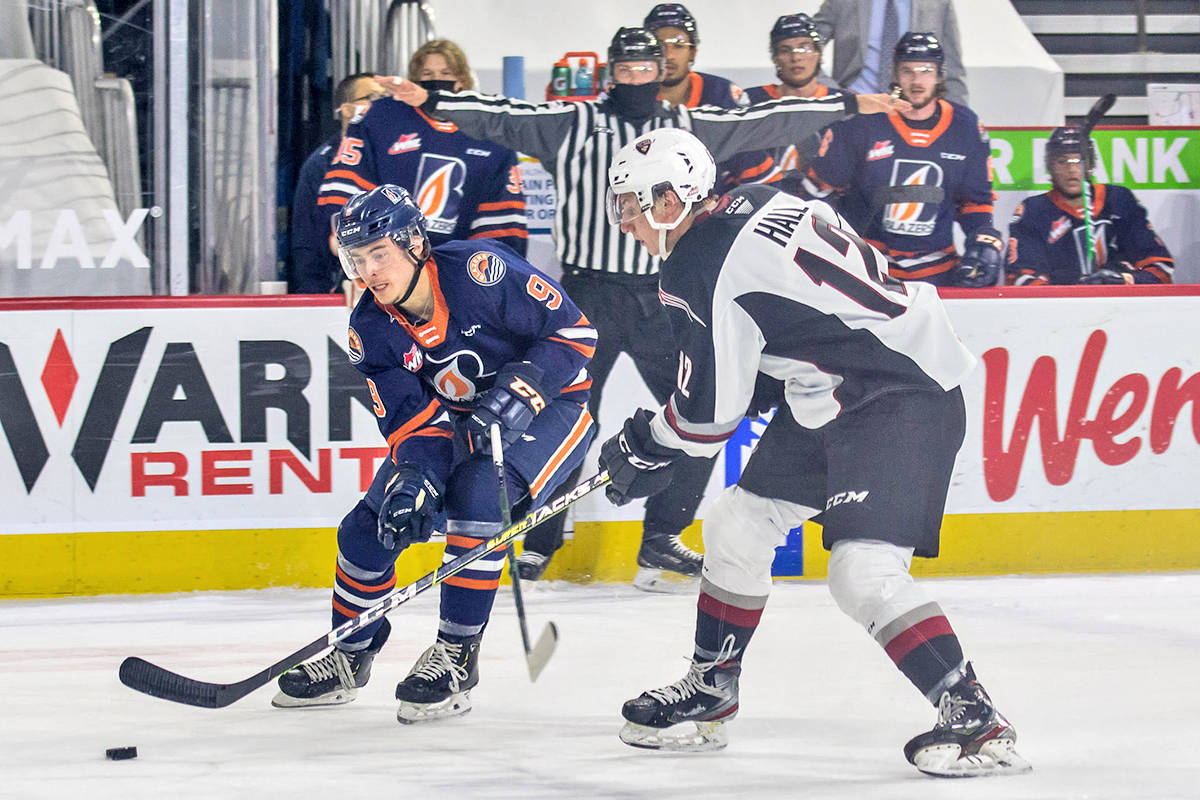 Spin the wheel, start a conversation

Police are looking for Philip Toner, who was known to a woman found dead near Radium last week

B.C. First Nation wants ‘massive change’ after its 3rd police shooting in less than a year

Rallies against anti-Asian racism to mark national day of action, virtually and in-person

Doris Mah wants all levels of government to take action