It was a heartbreaker of a loss.

Kaiden Guhle’s power play goal with 1:28 to go in the third period broke open a 2-2 game for the Raiders who also received a goal and two assists from Washington Capitals prospect Aliaksi Protas.

Giants responded with goals from Justin Sourdif and Tristen Nielsen.

David Tendeck made 23 saves for Vancouver while Carter Serhyenko stopped 25 for Prince Albert.

In the second, Aliaksi Protas gave the Raiders their second lead of the night at 14:28 off a two-on-one rush. Jeremy Masella and Brayden Watts earned assists.

At 3:50 into the final period, Vancouver tied the game when Tristen Nielsen’s shot from behind the goal line on the left-wing side, bounced off the back Carter Serhyenko’s pads and across the line. Dylan Plouffe and Seth Bafaro both assisted.

Kaiden Guhle gave the Raiders their final lead of the night with just 1:28 remaining on the second of a double-minor power play for the Raiders. Guhle’s shot from the left-wing point was assisted by Aliaksi Protas and Ozzy Weisblatt.

With less than three seconds to go, Ilya Usau clinched the victory for the Raiders with an empty-netter. Aliaksi Protas notched his third point of the night with an assist.

Justin Sourdif has recorded at least one point in seven of the first eight games for the Giants.

Despite the loss, David Tendeck still leads all WHL goaltenders with a 1.00 goals-against-average and a .961 save percentage.

Tuesday’s game marked just the second time in eight games that the Giants failed to register a power play goal.

Giants Dylan Plouffe was third star of the game.

Up Next: Giants are off to Saskatoon for a battle with the Saskatoon Blades at Wednesday night. 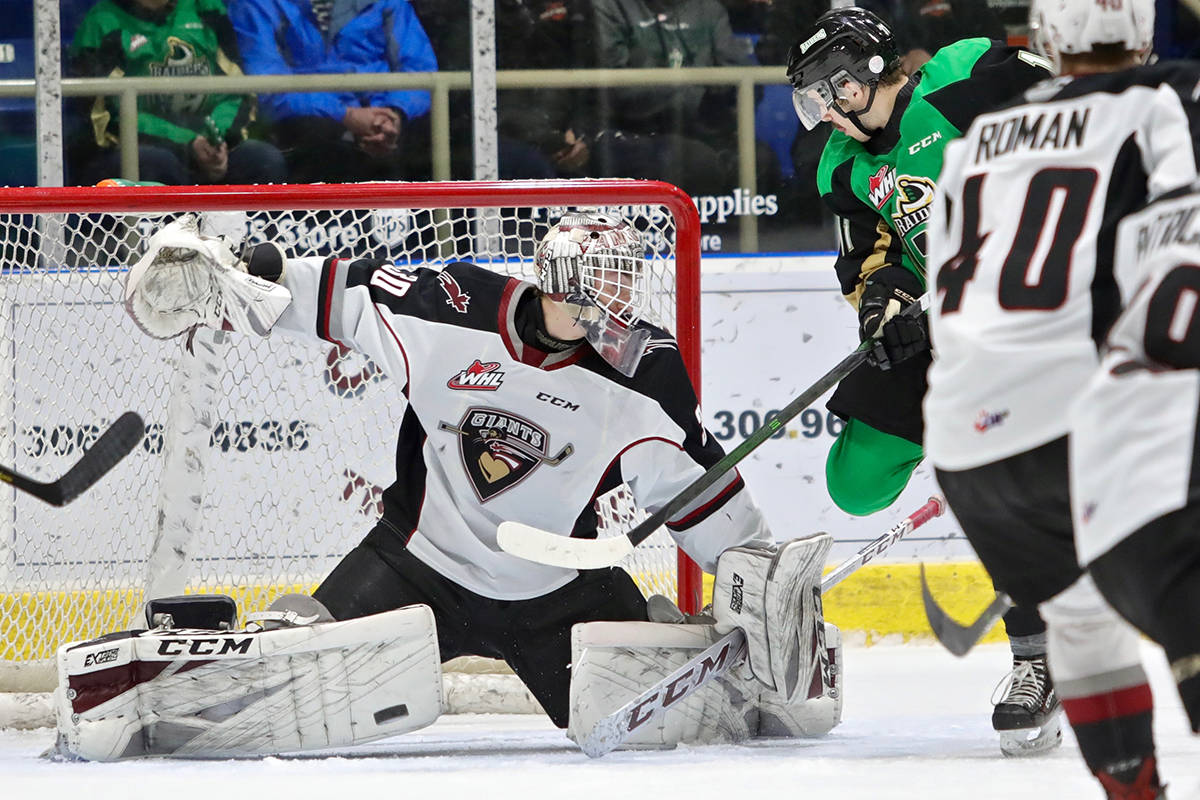 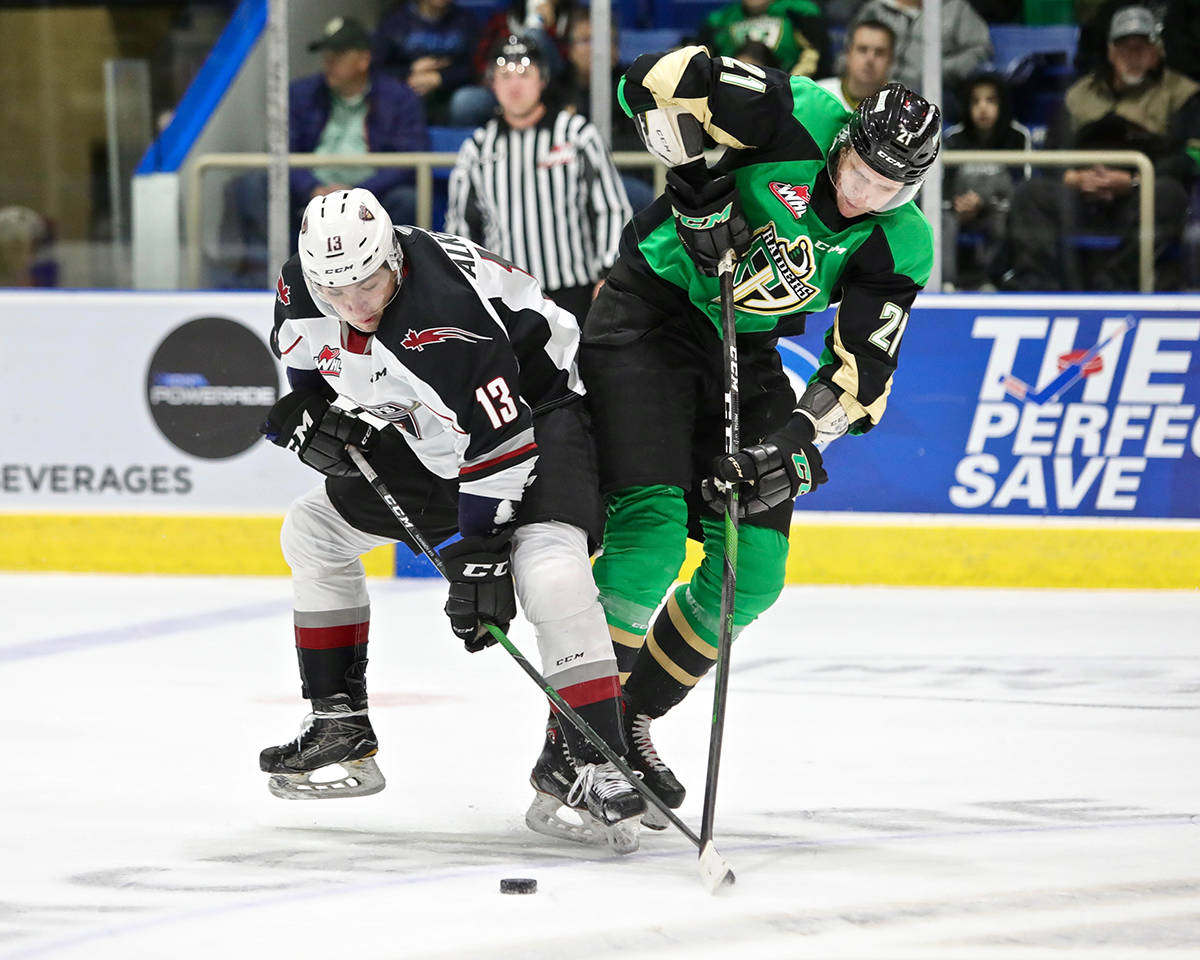 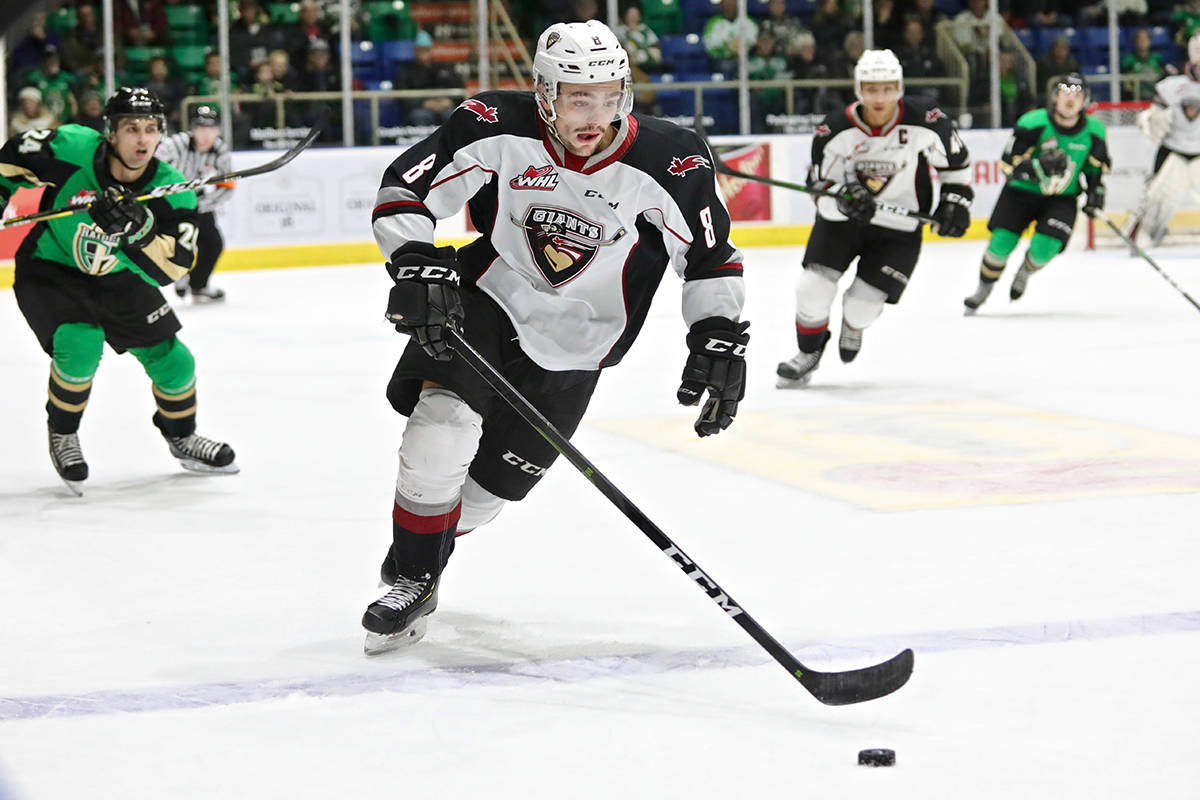