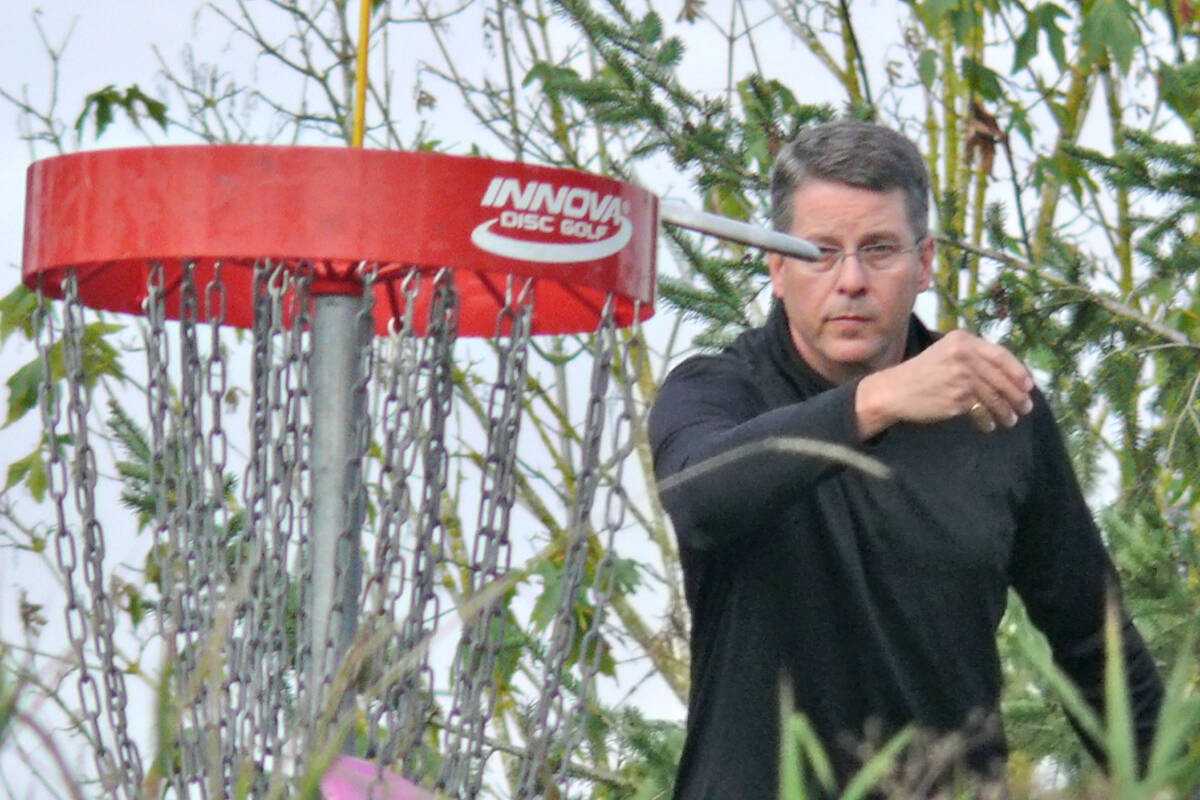 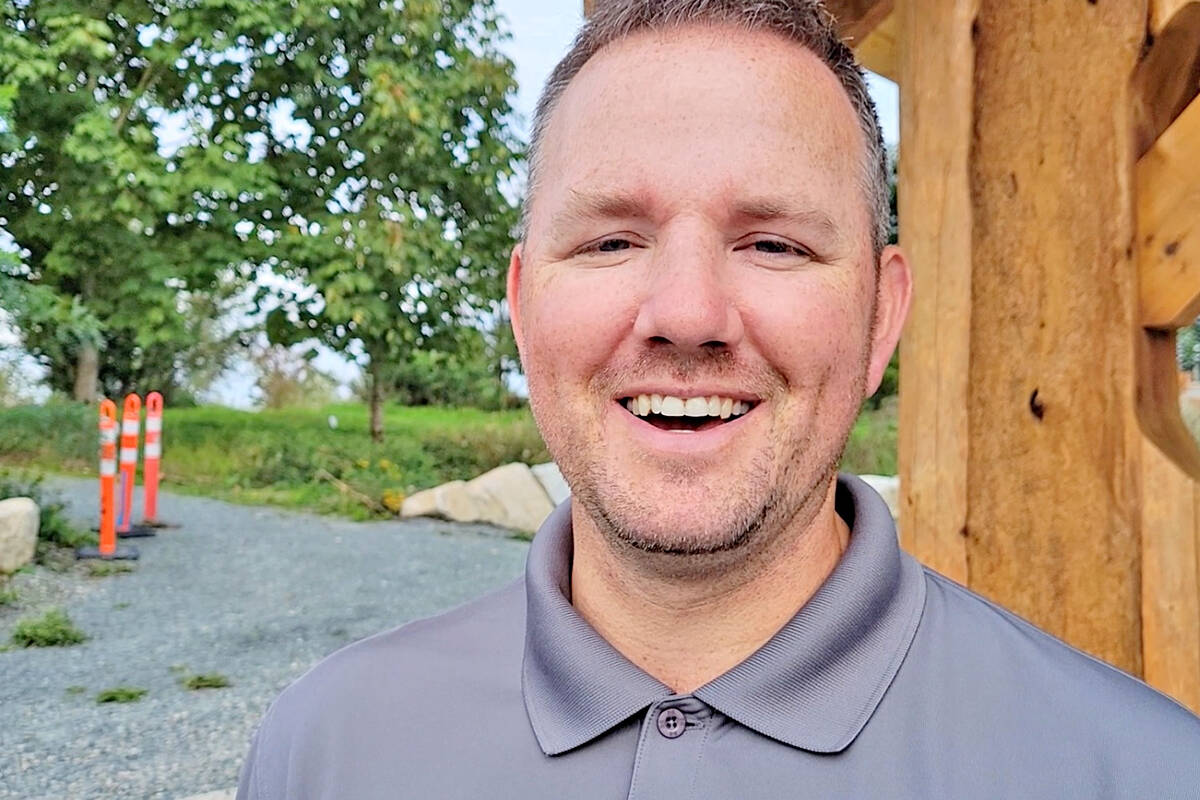 Player and course co-designer Stewart McIsack was among about 150 players who took part in the Raptors Knoll Disc Golf Club tournament over the Oct. 2-3 weekend. (Dan Ferguson/Langley Advance Times) 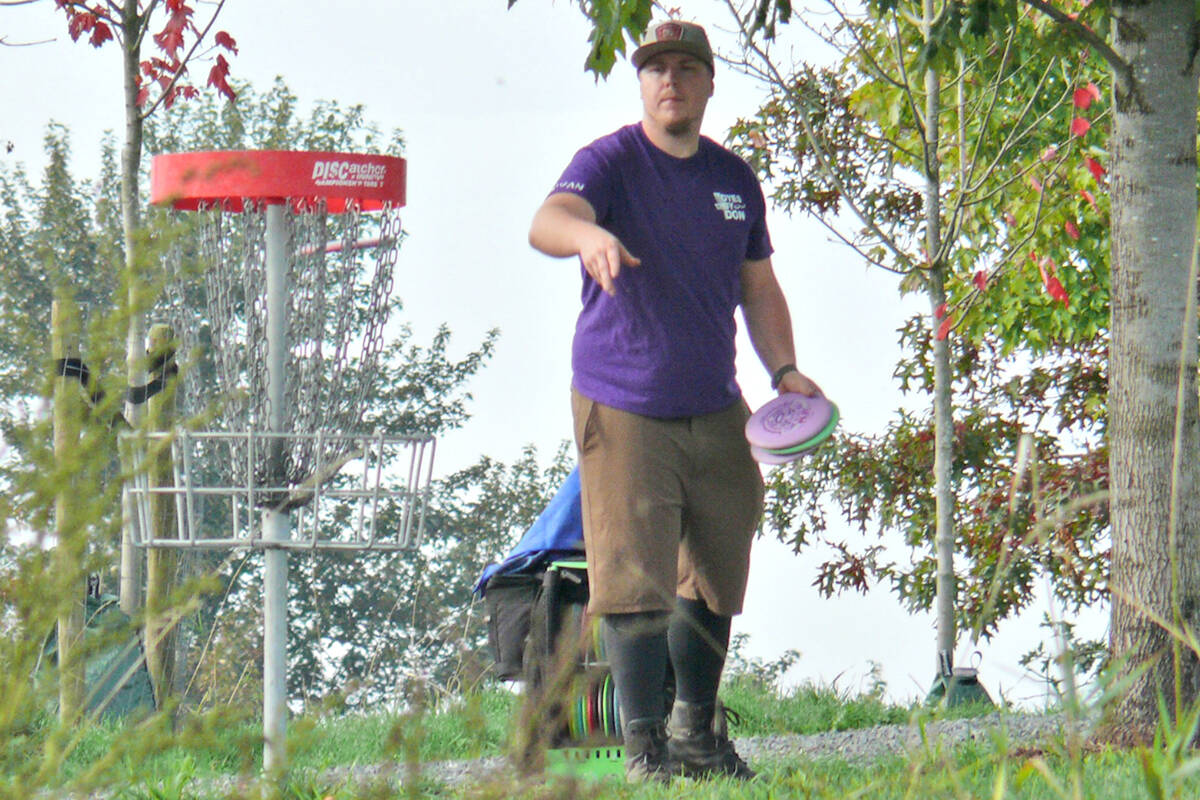 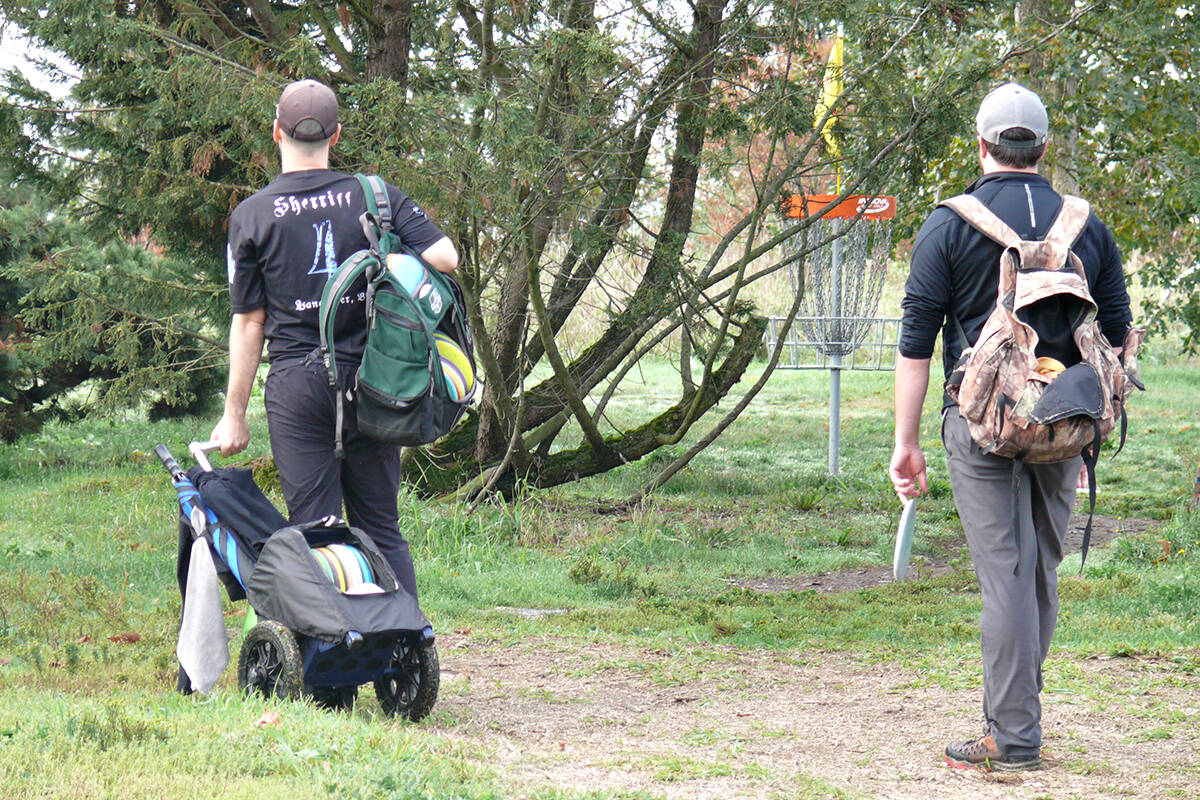 When a visitor remarked on the high-velocity throwing by some participants at the Raptors Knoll Disc Golf Course in Aldergrove, Stewart McIsack laughed.

Co-founded and designed by McIsack and Chris Hartmann in 2019, the 18-hole, 38-acre course is ranked the second best course in Canada and 19th in the entire world.

On Saturday, Oct. 2 and Sunday, Oct. 3, the Raptors Knoll club held their first open house as part of a club championship that saw all levels of ability playing.

McIsack said 153 members took part in the tournament and a few dozen non-players dropped by as well.

There was also a barbecue, face painting, henna tattoos and a putting competition to allow interested parties to “get yourself introduced to the sport,” McIsack told the Langley Advance Times. 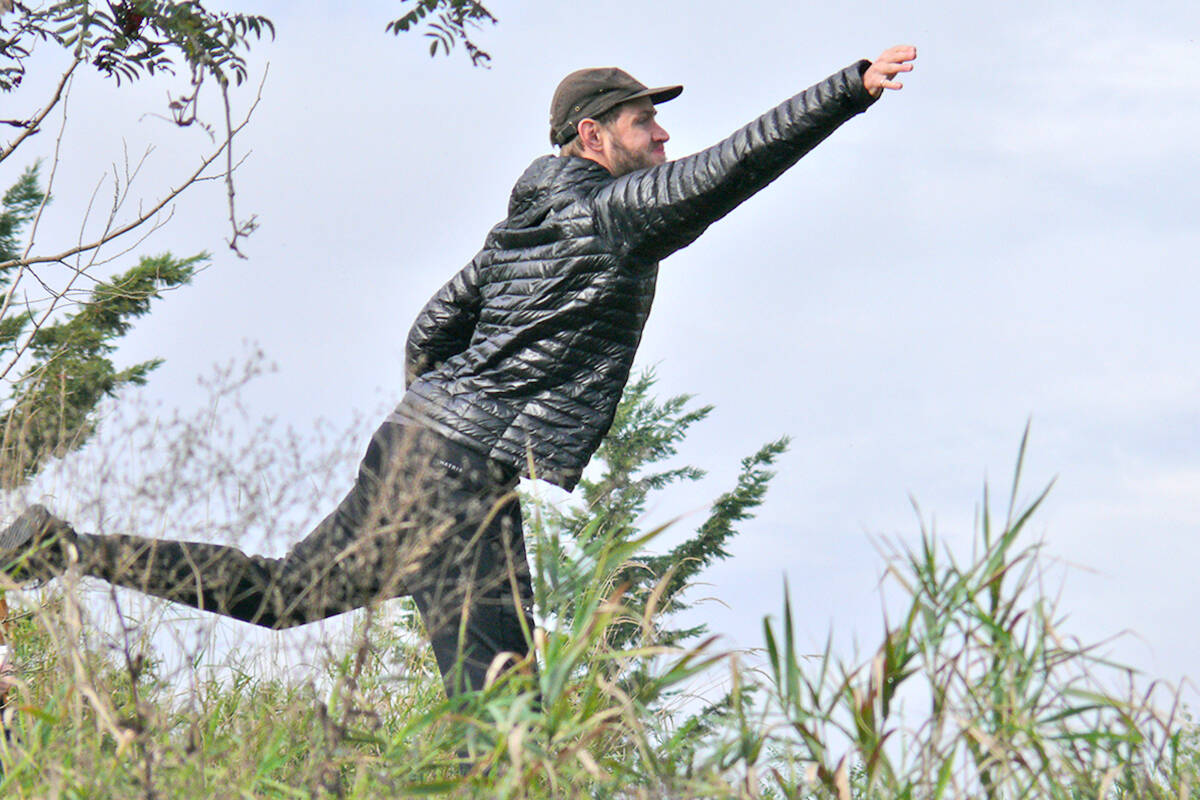 At the Raptor Knoll course, line-ups to play can form as early 7:30 in the morning on Saturday, with as many as 60 cars parked on the road.

Last year, the club added a $70,000 community pavilion to the course with funding from Otter Co-op.

There are tentative plans for an official opening once work on the pavilion is completed, possibly next month, Isack said.

According to one online account, the sport of disc golf originated in Canada, in 1926, in Bladworth, Saskatchewan, when some elementary school students started throwing tin lids into four-foot circles outdoors.

It was called Tin Lid Golf, but it didn’t catch on.

Revived by U.S. university students in the 1960’s, who tossed discs at targets, the game was re-introduced to Canada at Canadian Frisbee championships in the 1970’s.

Disc golf, as it is now known, evolved into its current form in California, adding chains and a basket for targets and bevelled discs for better accuracy.

Anyone interested in taking up the sport can always drop by the park, located located diagonally across from Aldergrove Regional Park on 1111 272nd St., McIsack suggested.

Built on a former Aldergrove landfill that has been restored, covered with soil and donated wildflower seeds, and planted with trees, Raptors Knoll Disc Golf Park is a part of the 100-acre Jackman Wetlands Park, which includes wetlands and a trail.