More than 900 figure skaters came to Langley to take part in “Winterskate,” the 2020 B.C. Coast Region Championships, which wrapped up Sunday at the Langley Sportsplex after four days of competition.

All ages and all areas of the province were represented at the annual event, the first time it has been hosted by the Langley Skating Club (LSC).

There were some out-of-province visitors, too, with one coming from as far away as Saskatchewan, organizers said.

“You could have an 11-year-old, if they’re at that skill level, compete with older skaters,” Holmquist told the Langley Advance Times.

Several of the 38-member LSC team who took part made trips to the podium.

Among the medalists were Brieanna Bright, who won gold in both artistic and free skates, as well as Alexandra Ye, Lizzie Park, Alyson Cox and Isabella Zhou who won bronze in various events.

Coach and club co-director Rob Woodley was pleased with the results.

“It went better than expected,” Woodley commented, especially considering the club couldn’t practice at George Preston for two weeks due to the Canadian junior curling championships.

“The best part was, some of the girls who didn’t get to the podium skated their best [point totals],” Woodley said.

Winterskate was the biggest competition in club history, according to Woodley,.

“We’ve hosted other events, but not this size,” said Woodley, who praised club volunteers for making it run smoothly.

Karen Nash, on the LSC organizing committee, said the number of medals was a measure of how much the club has grown in ability.

“It wasn’t so long ago that none of our girls were landing axels,” Nash related.

Langley Skating Club is known for it’s biannual show, which last year saw 160 skaters in two performances of The Greatest Show On Ice, a tribute to both the film about the life of famous impresario P.T. Barnum, and the modern Cirque Du Soleil.

READ ALSO: It’s the Greatest Show On Ice and it’s happening in Langley

Held in March of 2019, the show drew about 800 to George Preston Recreation Centre and generated $7,400 in ticket sales. 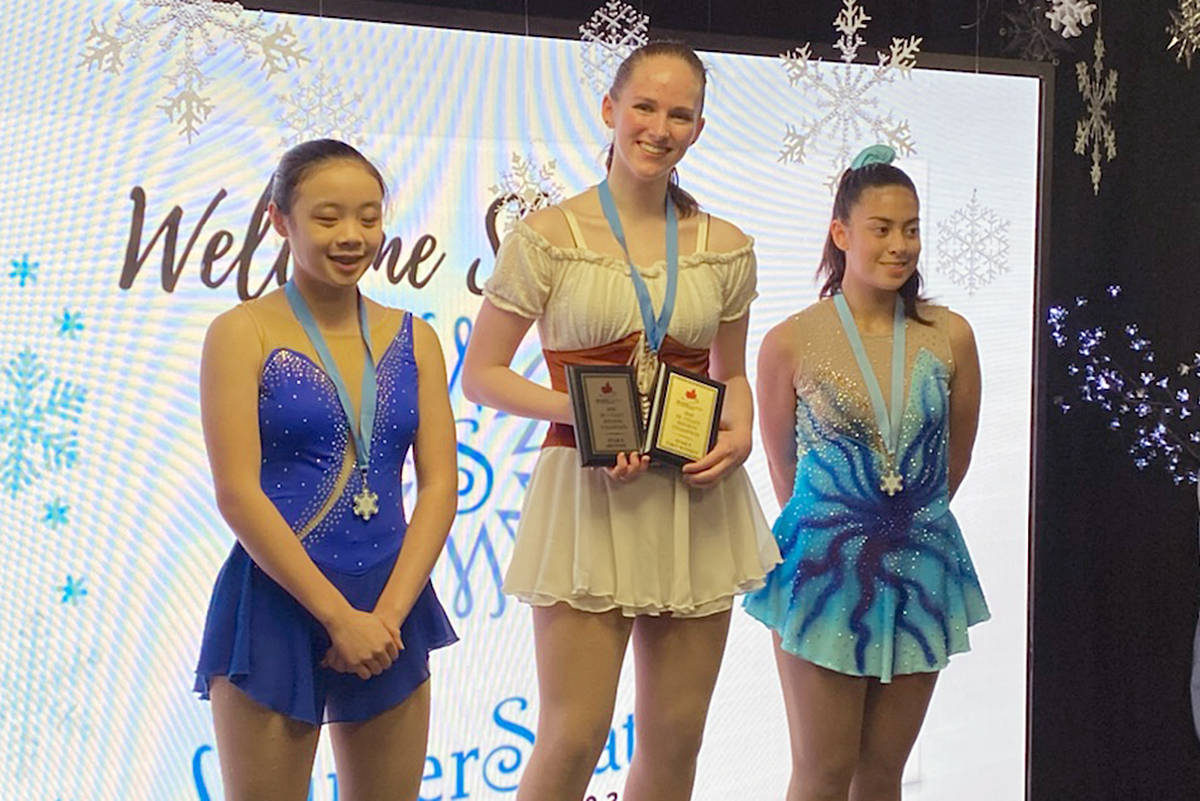 Langley Skating Club competitor Brieanna Bright (centre) took two gold medals, one for artistic and one for her free skate at the annual Winterskate B.C. Coast Region Championships at the Langley Sportsplex. More than 900 skaters took part in the four-day event, the first time it was hosted by the Langley Skating Club. (Karen Nash/special to Langley Advance Times) 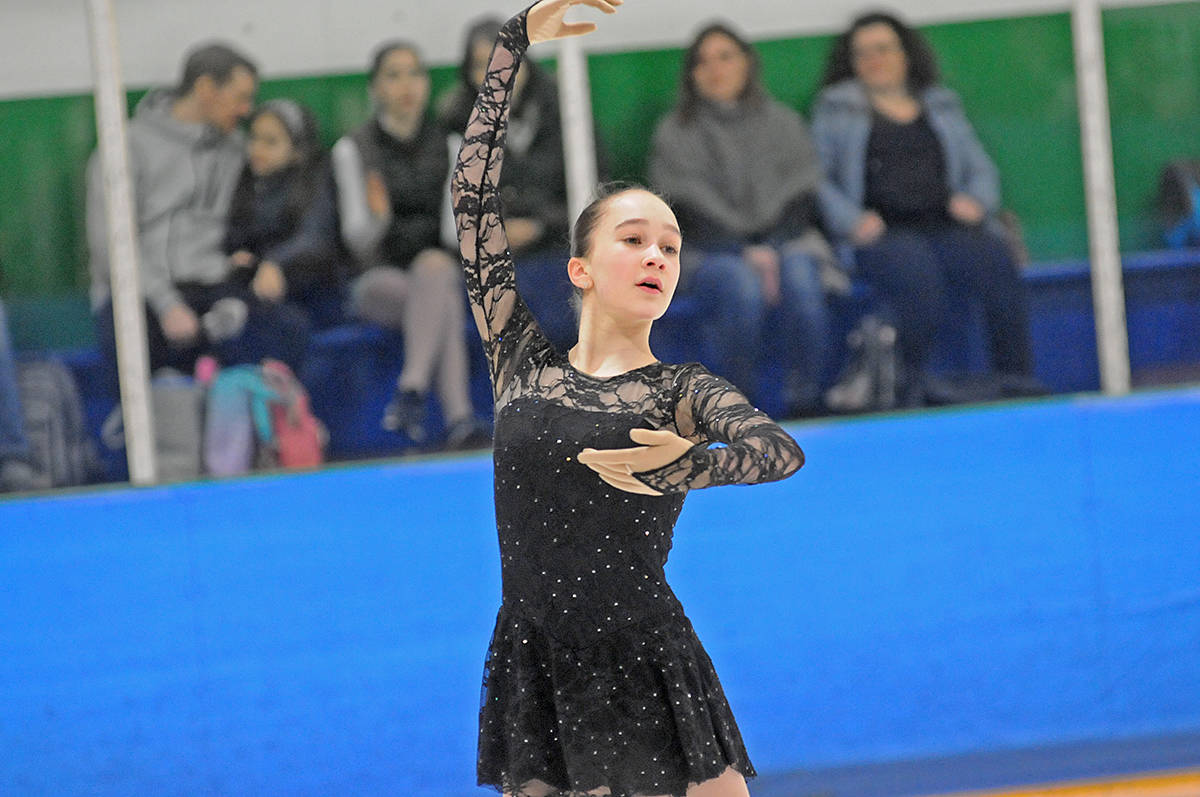 Julia Datsky, from the Burnaby-based Champs International Skating Centre of British Columbia, was one of more than 900 competitors at the annual Winterskate B.C. Coast Region Championships at the Langley Sportsplex. It was the first time the event was hosted by the Langley Skating Club. (Dan Ferguson/Langley Advance Times) 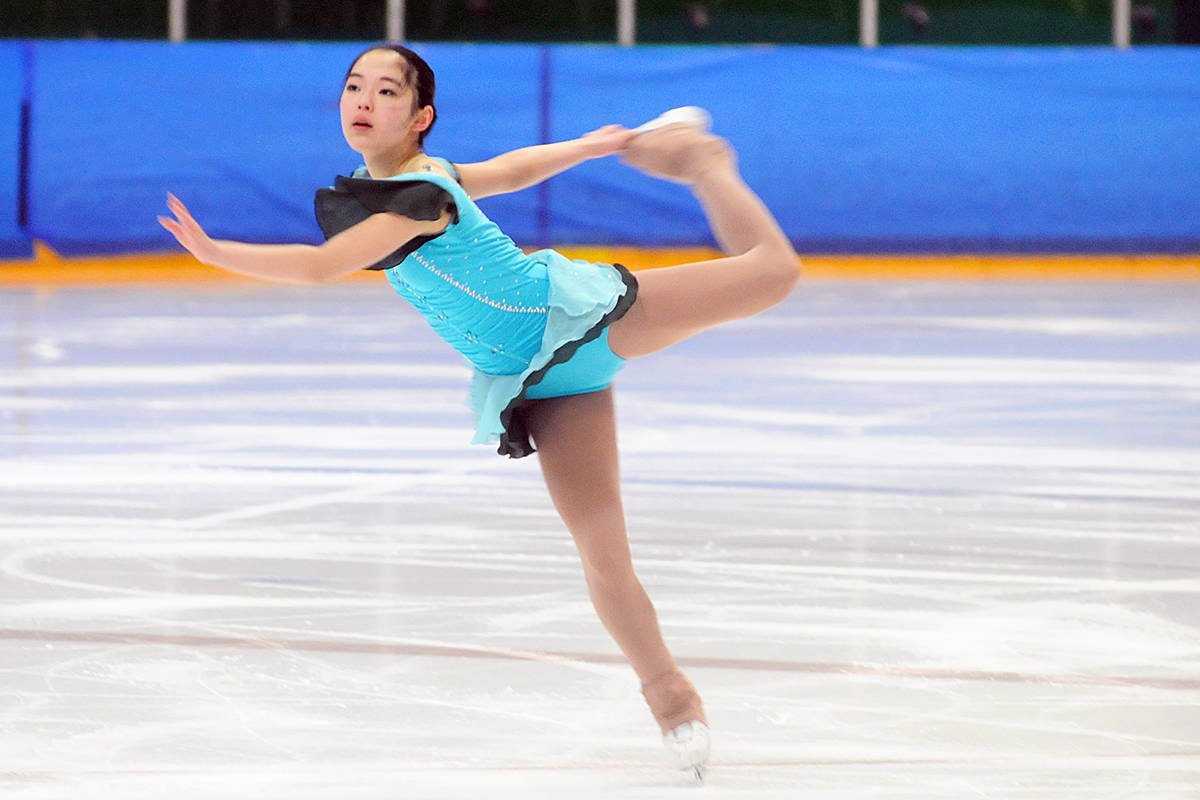 Sabrina Yu from the Vancouver Figure Skating Club practiced her spin during warmups at the annual Winterskate B.C. Coast Region Championships at the Langley Sportsplex. More than 900 skaters took part in the four-day event, the first time it was hosted by the Langley Skating Club. (Dan Ferguson/Langley Advance Times)

VIDEO: Watching the Super Bowl is a family affair for the Gills of Langley