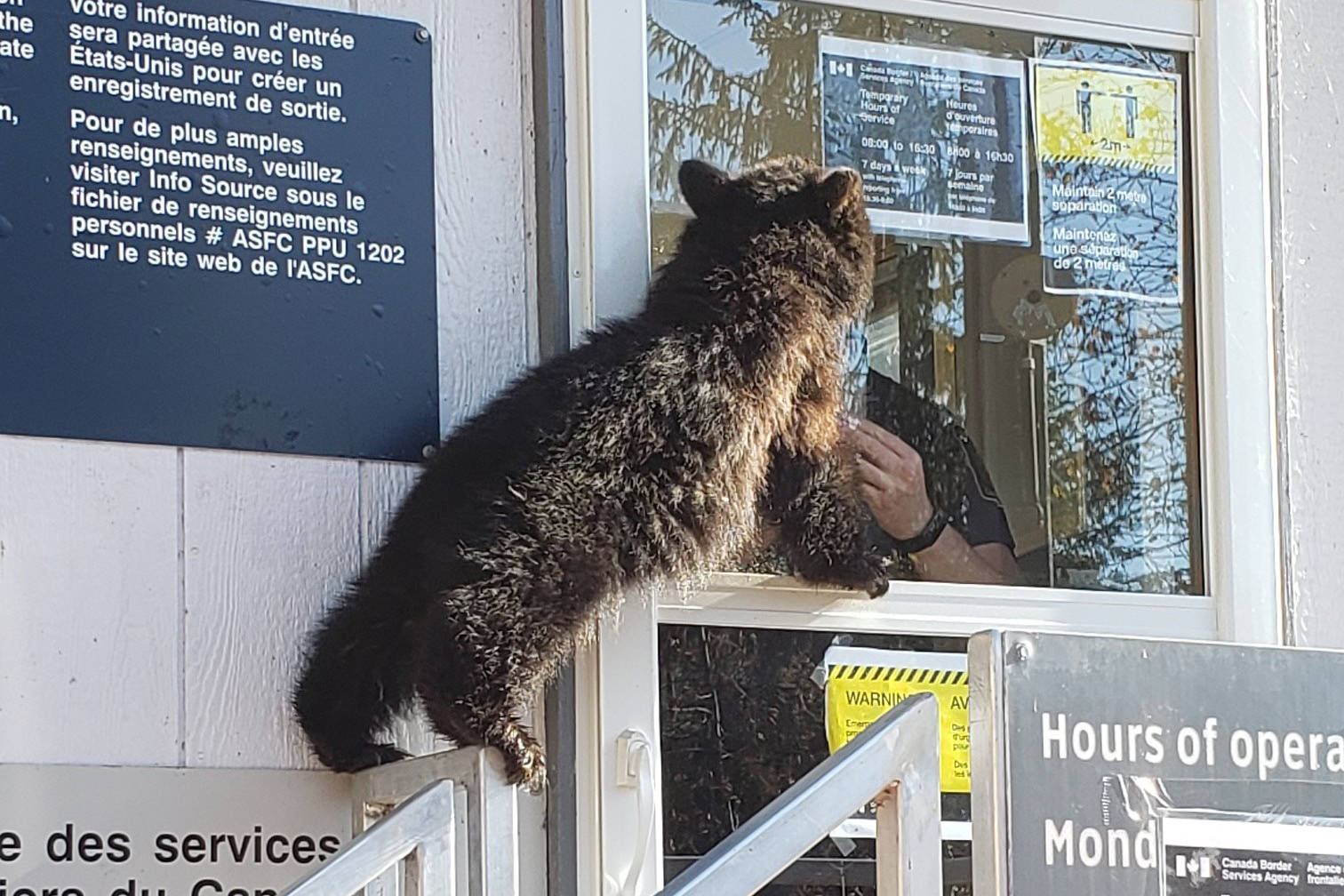 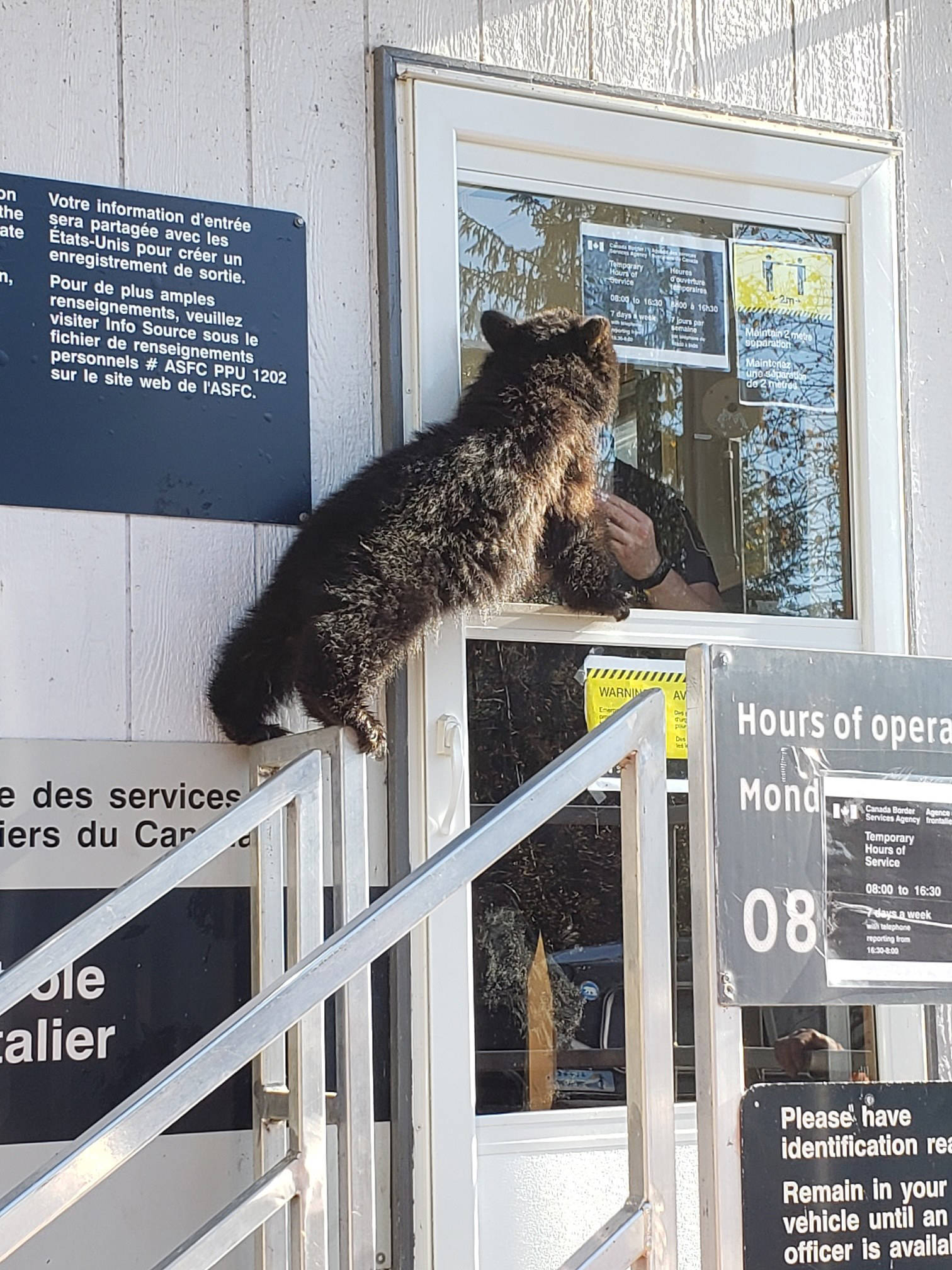 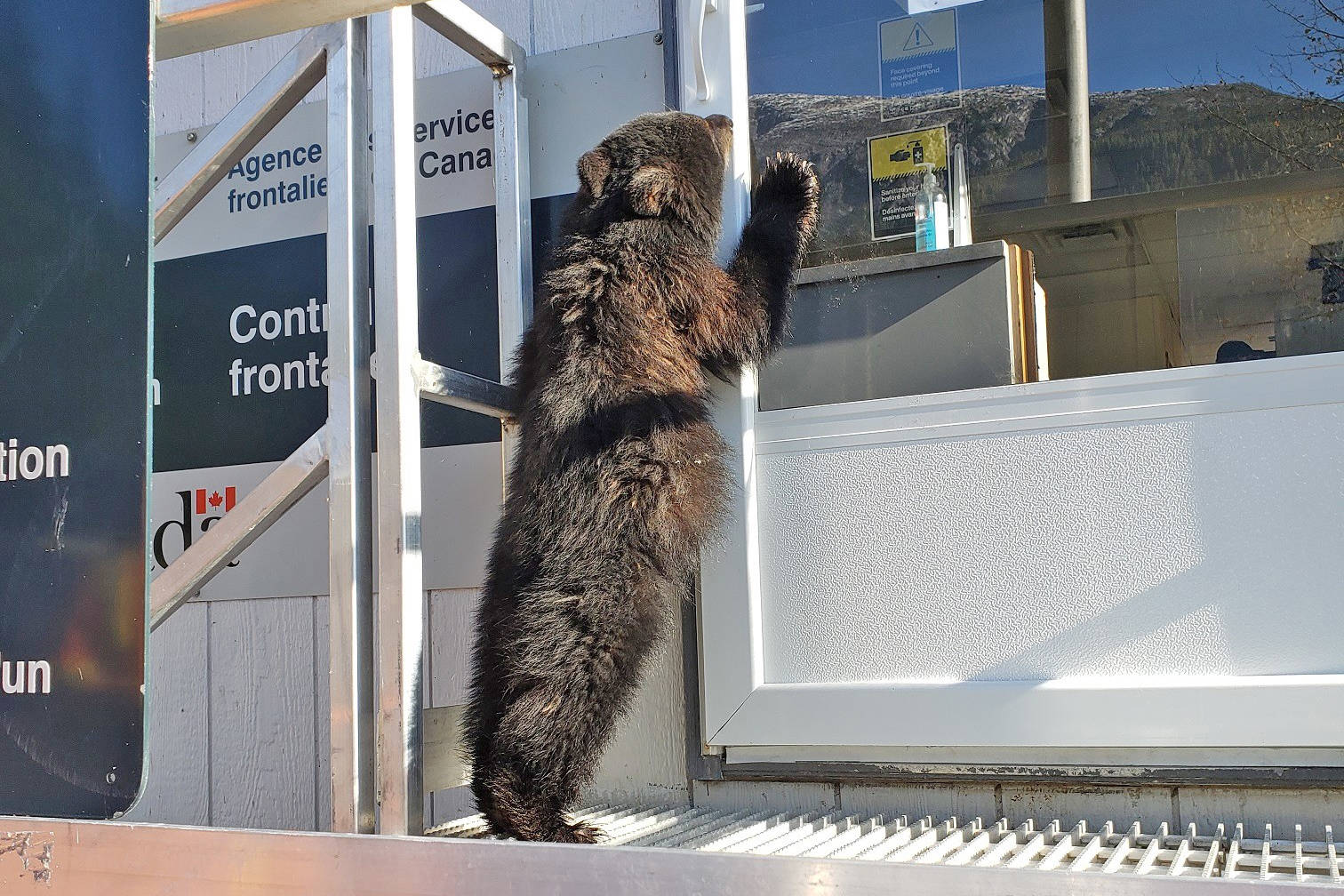 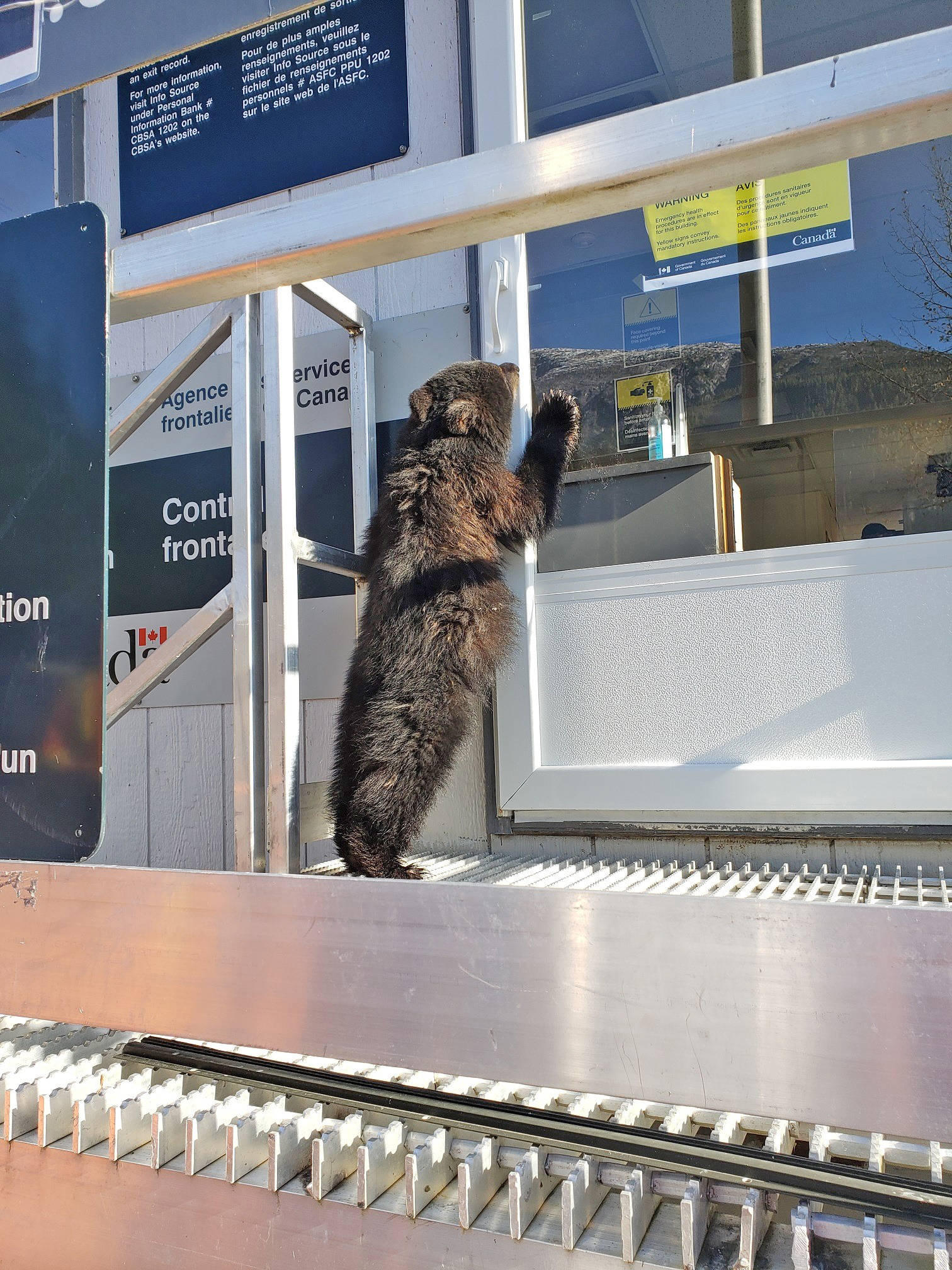 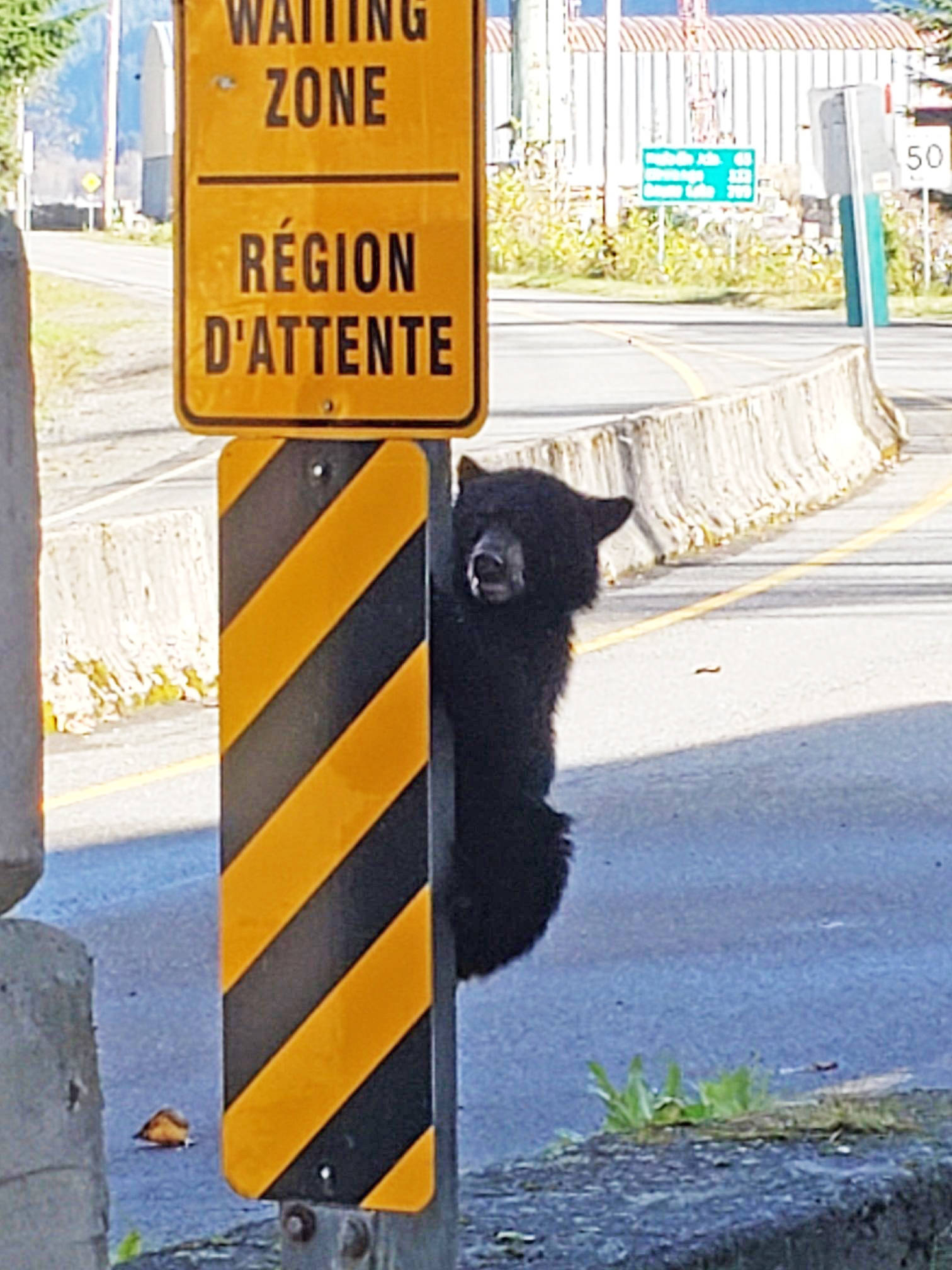 The latest resident of the Northern Lights Wildlife Shelter near Smithers gave Canada Border Services Agency (CBSA) officials at the Stewart, B.C. – Hyder, Alaska border crossing a bit of a thrill this morning.

“A traveller sought entry for essential reasons, but had no travel documents,” the agency said in a tongue-in-cheek Facebook post this morning. “After a forceful attempt on its part to cross the border, our officers moved quickly to apprehend and transfer it to the Smithers Northern Lights Wildlife Society (NLWS) for the winter.”

In actuality, Angelika Langen, NLWS founder, said they had been aware of the young female black bear cub for some time hanging around the Stewart area, but had lost track of her recently.

“For a few weeks we had traps out all over and then a bigger bear moved in and she moved out because she was scared so we lost her for a little bit and then she showed up at the border and our volunteer up there went over and she was in the trap within a few minutes; it went really quick,” Langen said.

“She wasn’t border jumping, she was thinking about it, but she didn’t do it.”

Langen said Annie is in relatively good health despite being only 21.2 lbs and, along with other recent additions to the shelter, will likely not hibernate this year.

“She’s really cute and has settled in really well and is eating up a storm and making up for lost opportunities,” Langen added. “She’s little, but she will be okay. She will just need some TLC over the winter and by the spring she’s going to look like everybody else.

“We have a few of those and they can just hang out together. They get really lethargic and lazy, but they eat every day and keep growing and then they catch up to the ones that are sleeping.

It has been another busy year for the society with 33 black bear cubs and three grizzlies, so far.

Americans search for nearby liquor stores, French fries as they await election results