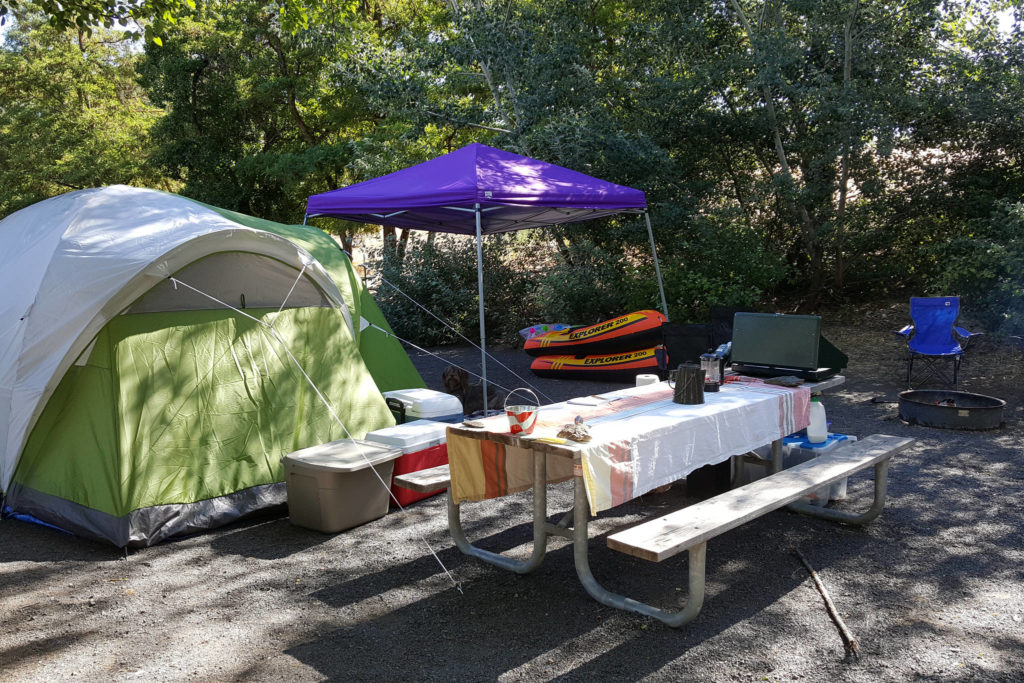 Ryan Epp started a Facebook group in early April to find some new camping buddies and meet some new friends.

“I was hoping for maybe 50, 60 people to join up,” Epp, who lives in Calgary, said in an interview this week. “I had over a thousand by the third day — and it just went crazy from that.

Group members share tips on where and how to camp on public land in Alberta — a longtime practice that’s commonly known as random camping.

Epp, 46, said he created the group after the COVID-19 pandemic led to closures at national and provincial campgrounds.

Parks Canada has said campgrounds in national parks will remain closed until at least June 21, while Alberta Parks reopened its campgrounds earlier this month, but at half capacity.

“It’s hard enough to find spots when all of the sites are available,” said Epp. “With Crown-land camping, there’s a million sites and you just pick one … and it’s free.”

Alberta Environment and Parks said its staff did see an increase in public-land use — including hikers, mountain bikers and families picnicking — in parts of southern and central Alberta on the May long weekend.

“It remains to be seen if campers that traditionally use our provincial parks will increasingly move onto public land for their fill of outdoor recreation,” spokeswoman Christine King said in an email. “Camping in provincial parks versus public land is a different experience in terms of amenities and services.”

Mounties, who patrol public land along with Alberta Fish and Wildlife officers, say they haven’t noticed a major difference in the already popular Ghost-Waiparous area near Cochrane, northwest of Calgary, but officers further to the north in Rocky Mountain House are preparing for a busier summer.

“We predict we will see an increase in the numbers of people involved in this activity this summer due to the restrictions in organized campgrounds and the out-of-province restrictions still in place,” said a statement from the detachment.

Several provinces, including British Columbia and Saskatchewan, have restricted campsite bookings to residents only.

Police remind people heading into Alberta’s random camping areas to be prepared because there are few services and not much cellphone coverage.

“People should also know how to describe where they are to emergency services if they are needed.”

Epp said random campers need more equipment than regular campers because there are no washroom facilities, no running water and no power.

“You have to be set up to be able to handle that.”

The province notes there’s also a 14-day limit on how long a camper can stay in the same spot.

The potential increase in random camping has raised some concern about the areas becoming too busy.

“We encourage people to be out and using our public land responsibly and enjoying nature,” said Katie Morrison of the Canadian Parks and Wilderness Society. “But … it’s something that can have a heavier impact on land and water, even other users, if folks … aren’t as experienced.”

Some concerns include damage to the landscape if campers remove trees for fires or make ruts with vehicles. There’s also potential for conflicts with wildlife if campers don’t pack out their garbage or leave human waste, she said.

Morrison said many random camping areas are already busy, and she expects that will increase as the province fully or partially closes 20 provincial parks and hands off 164 others to third-party managers.

“It’s something that should be a sign to the government that removing more of these areas … is contrary to what Albertans want.”

Epp said he’s heard similar concerns from some members in his Facebook group, but he and the other moderators are doing their best to keep political debates off the page.

Instead, he said, they’re trying to teach new random campers how to be respectful on public land — even organizing some weekend trips with first-timers.

“We want to teach people the right way to do it.”