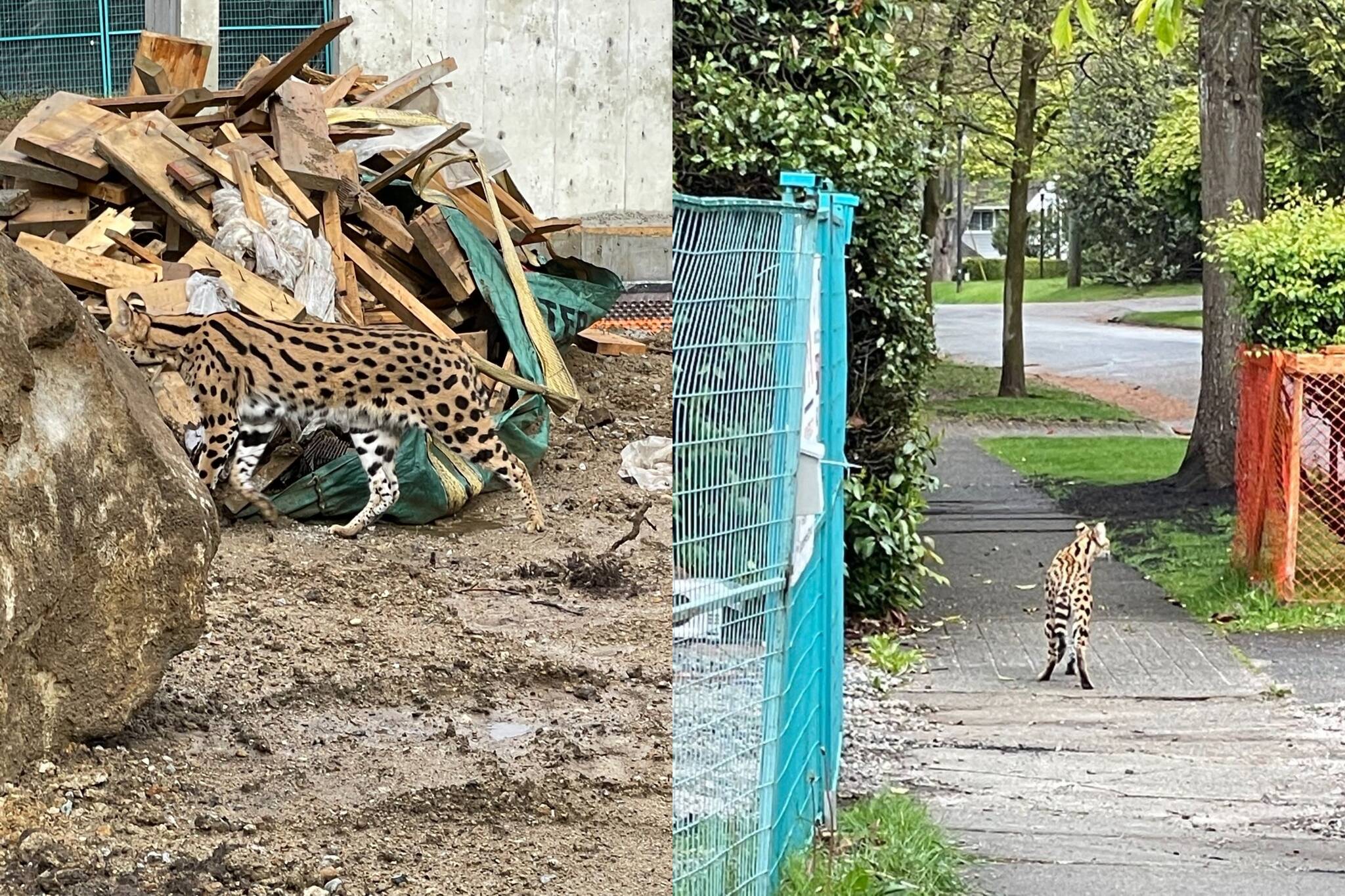 Savannah Cat spotted in Vancouver on Wednesday, May 18, 2022. (BC COS handout photos)

An exotic-looking cat spotted out for a stroll in Vancouver kept police and Conservation Officers busy recently.

The B.C. Conservation Officer Service said Wednesday (May 18) that they received calls from the public about a spotted cat roaming through the city.

“It wasn’t a cougar, cheetah or 200-pound jaguar,” but instead a Savannah cat, described as a cross between a domestic feline and a serval wild African cat known for its big ears.

The BC COS said that the officers were able to safely reunite the pet with its owner, adding that Savannah Cats are not regulated under Controlled Alien Species.

READ MORE: Cheetah on the loose near southeastern B.C.’s Crawford and Kootenay bays