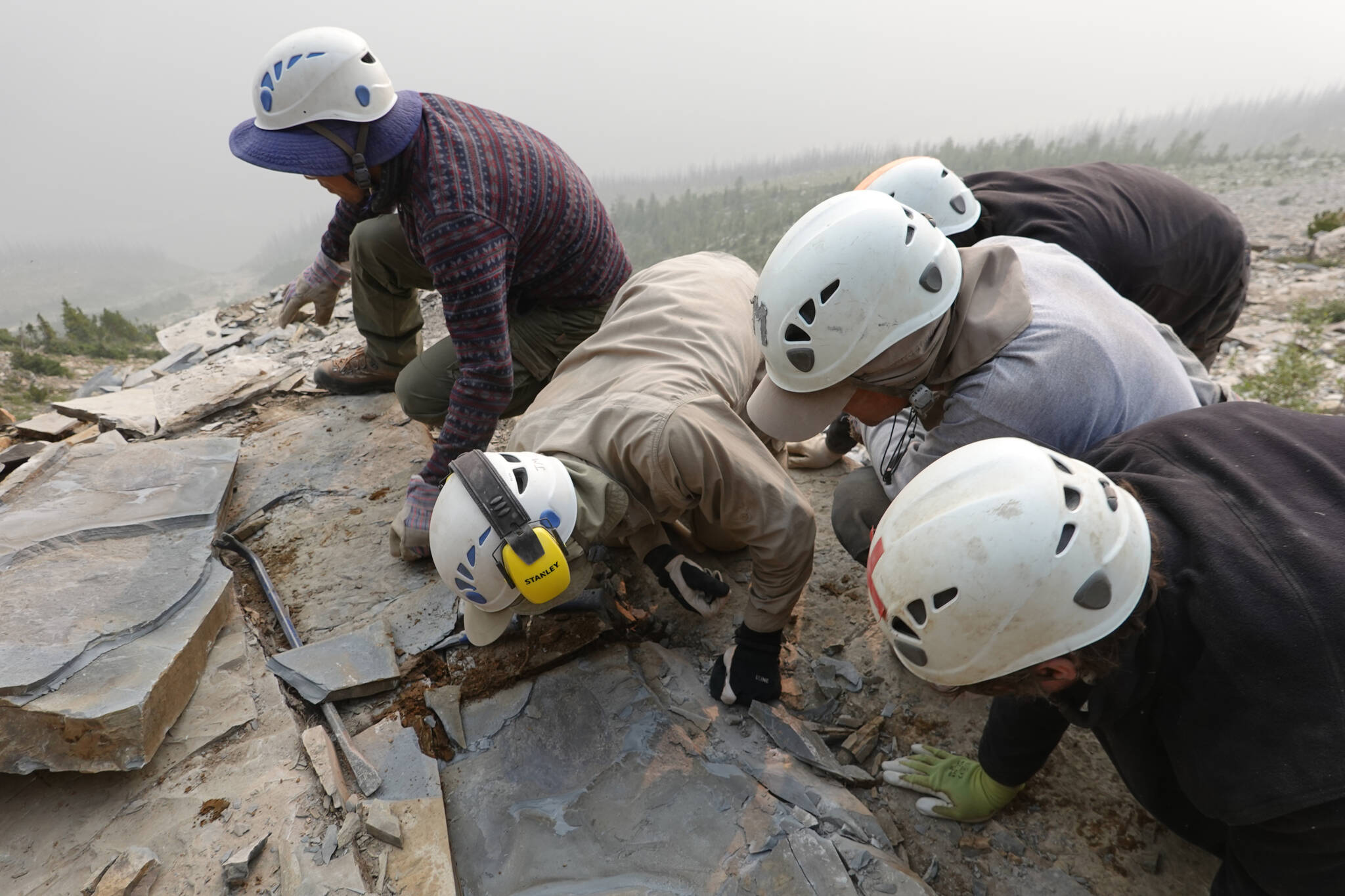 It was getting late and the team of paleontologists excavating a previously unexplored outcrop of the Burgess Shale was ready to call it a day. A camera crew filming the dig in Kootenay National Park had already packed it in.

Then one of the team members split open a large plate of shale.

“I just remember the gasps all around,” said Joe Moysiuk of the Royal Ontario Museum.

“Everyone was running to come and see what had been found. It was clearly a new animal.”

What that 2018 dig revealed was something that stood out even in the bizarre world of the Burgess Shale, an outcrop of 500-million-year-old rocks in the Canadian Rockies of British Columbia that is chock-a-block with fossils from the earliest days of complex life on Earth.

Most of those fossils are little-finger size. Not this one.

“The whole animal must be at least 50 centimetres long. This is definitely one of the largest animals that we know of from the Cambrian period.”

Titanokorys gainesi hails from a time that predated life on land, when the seas were a giant laboratory for evolution to work out answers that plants and animals still use today. Spinal chords, eyes, exoskeletons — they all first appear in the Cambrian.

“All of the major animal body plans first evolved then,” Moysiuk said.

Not that Titanokorys would look remotely familiar.

The whole beastie was flattish and oblong, with gill slits toward the back, a horseshoe-shaped plate protecting its head and armoured plates underneath. Its eyes, halfway back along the body, would probably have been on stalks. It had claws out front with rake-like outgrowths.

A predator, it probably cruised the sea bottom looking for whatever tasty bits it could sweep into its mouth.

“The mouth itself is really cool,” Moysiuk said. “It looks like a pineapple slice that’s lined with these sharp, inward-pointing teeth.”

Burgess Shale fossils are renowned not only for their age, but for their preservation. Soft body parts such as eyes are often visible. A critter’s last meal is sometimes preserved in the rock.

Even for the Burgess, Titanokorys is well-preserved.

“We have relatively complete remains,” said Moysiuk. “These fossils are very rare.”

The fossil, he said, will allow paleontologists to study some of evolution’s most basic questions. Why, for example, do some animals get big and others don’t?

“It seems to be related to this evolutionary arms race that was happening during the Cambrian where you have bigger and bigger animals that are trying to outdo each other in size,” Moysiuk said. “As a predator, it benefits you to be pretty big.”

But whatever eventually comes from the study of Titanokorys, Moysiuk said nothing will match the thrill of seeing its fossil emerge after hundreds of millions of years from the dark shale of the Burgess.

“It was one of those moments I’ll never forget.”

Unofficial holidays: Here’s what people are celebrating for the week of Sept. 12 to 18