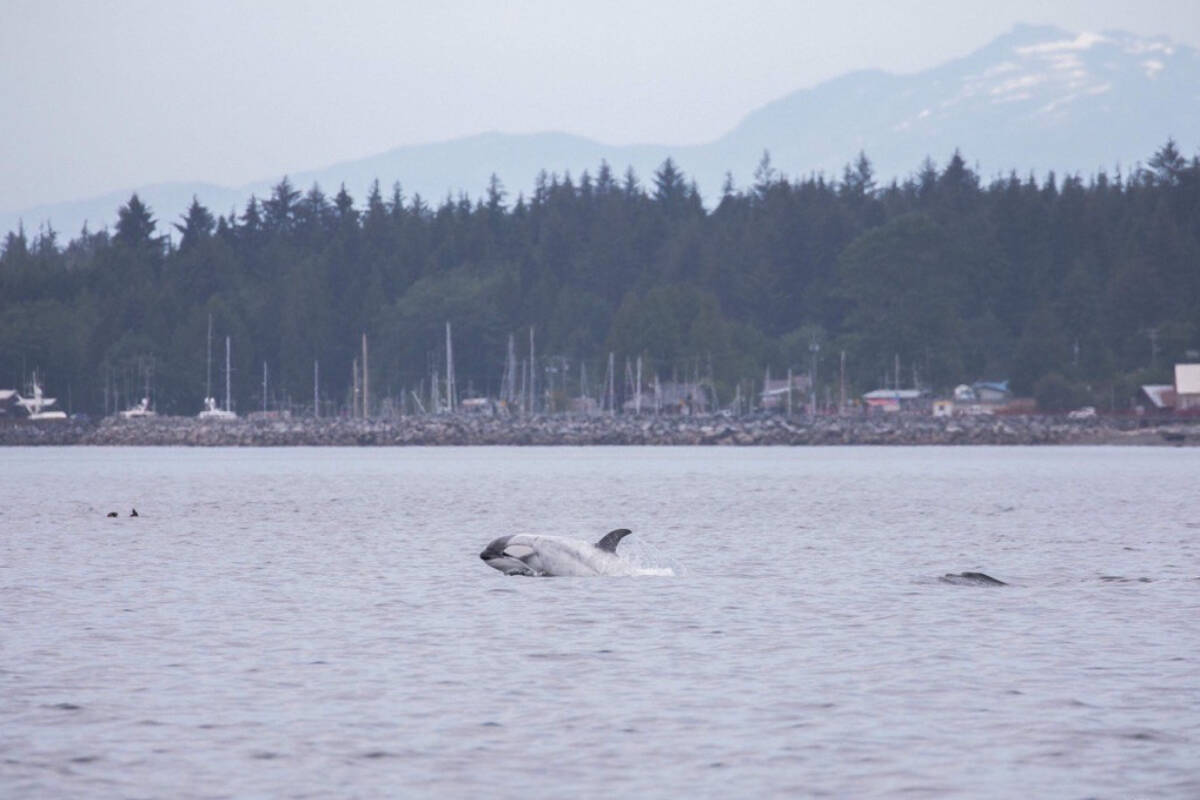 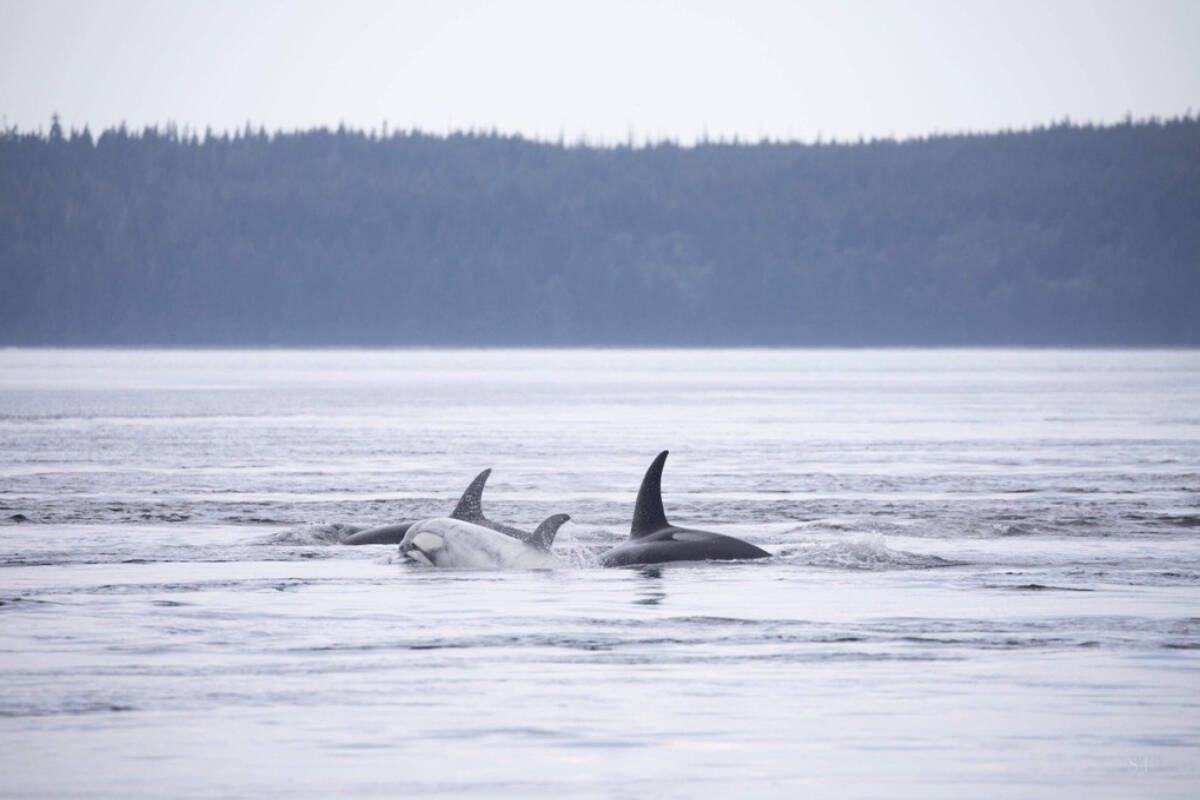 Frosty and his family were seen enjoying their visit to Canada. (Scott Turton photo)

A rare white orca was spotted off the waters of Telegraph Cove.

In a news release, the Pacific Whale Watch Association said the whale, named Frosty, was 2,000 kilometres north of its home in California and over 2,500 kilometres away from the last sighting in Tijuana Mexico.

When tour captain Scott Turton spotted Frosty thought it might be T46B1B Tl’uk, a white orca known throughout the Salish Sea, but it became clear that he had seen a different whale. Turton recalled that another white orca had been documented in California and reached out to researcher Alisa Schulman-Janiger with the California Killer Whale Project.

Schulman-Janiger confirmed that the whale was Frosty, accompanied by his mom and members of the local T060 and T069 families.

Frosty was first seen as a newborn by Monterey Bay Whale Watch in Aug. 2019. This is Frosty’s first documented visit to B.C., but his mom has visited Alert Bay before.

Scientists aren’t sure what makes Frosty white, but he isn’t alone. Tl’uk, a white transient orca known to swim B.C. waters, was spotted off the coast of Vancouver Island in 2020. There was also Chimo who was kept at Sealand in the 1970s.

You can own your own private B.C. island for $2.9M