Joel Rosenau taught English for most of his life.

Now he’s learning how to read it again – with a lot of help from the game show, Jeopardy!

The retired teacher suffered a series of strokes in September of 2019, and as a result, lost the ability to read.

But he has turned his favourite game show into a learning tool.

He uses the game clues that are shown on the television screen as reading material. He pauses his recording, works through the clue, then plays it to hear the show’s host, Alex Trebek, reading it.

It can take Rosenau quite a long time to work through a single clue. But he is determined.

“I put myself through levels. When I started this [six weeks ago], I was at a kindergarten level,” said the 76-year-old. “Now I am up somewhere in Grade 1. I am just getting started in the English language again.”

Rosenau’s teaching career spanned nearly 40 years, the most of it in a couple of school districts on Vancouver Island.

The irony of the situation is not lost on Joel. For years, he was teaching children how to read. Now he has to use those same tools to teach himself the same skill.

“I know how hard it is for children to learn to read,” he said. “Now, when I apply the rules I used to teach them, when I apply those rules to myself, it makes everything that much more meaningful.”

Joel said he still has the ability to spell – he can write down notes, but can’t often read what he writes.

“It’s frustrating at times, but I consider it an occupation – it’s a way to pass the time.”

Joel said this training method is something that works for him, but is not suggesting it is a cure for the condition.

“Hopefully, this story will inspire people, but not mislead them into thinking this is a magical cure, because it is not a magical cure,” said Joel. “Jeopardy is a fun thing to do, but you don’t learn how to read – or how to do anything – without an awful lot of work.”

Joel’s wife, Yvonne said she’s grateful for the support from the community immediately following his stroke.

And now, she’s grateful to a well-known Canadian for helping with the teaching.

“Thank you, Alex Trebek,” she said. 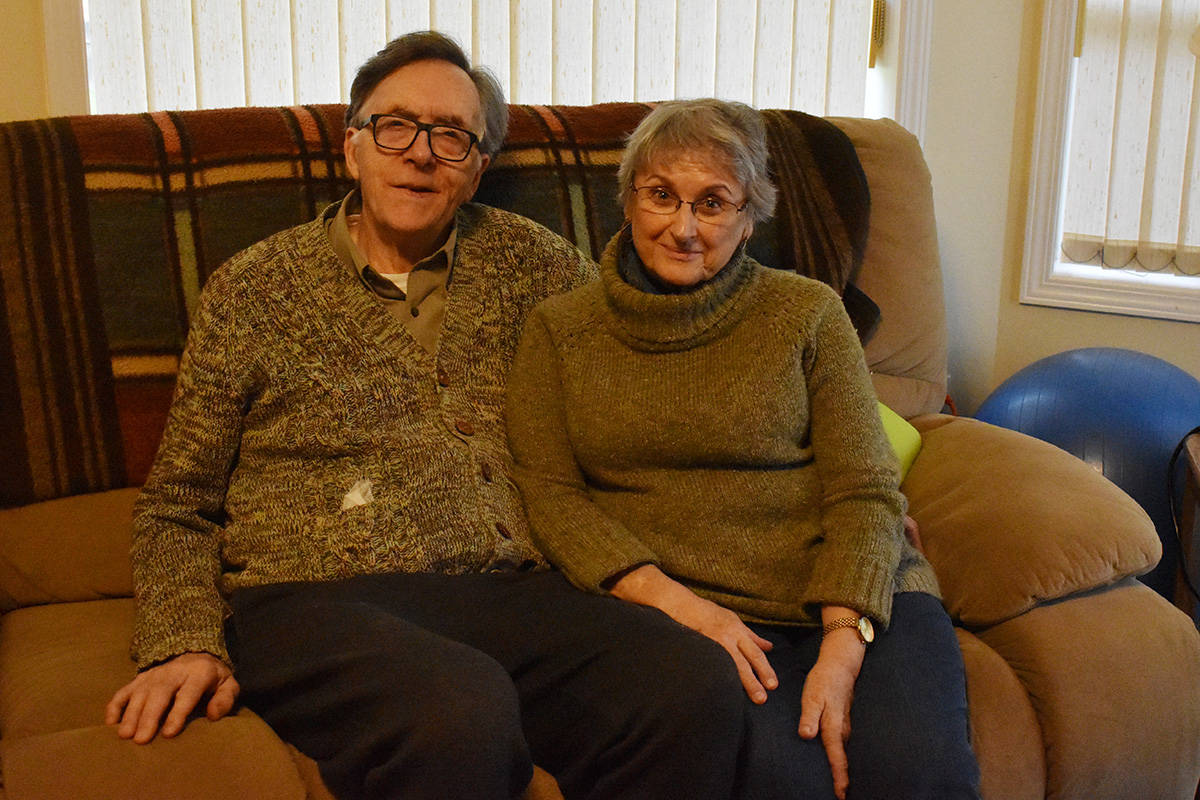 Joel and Yvonne Rosenau moved to the Comox Valley from Nanaimo in 2015. Photo by Terry Farrell