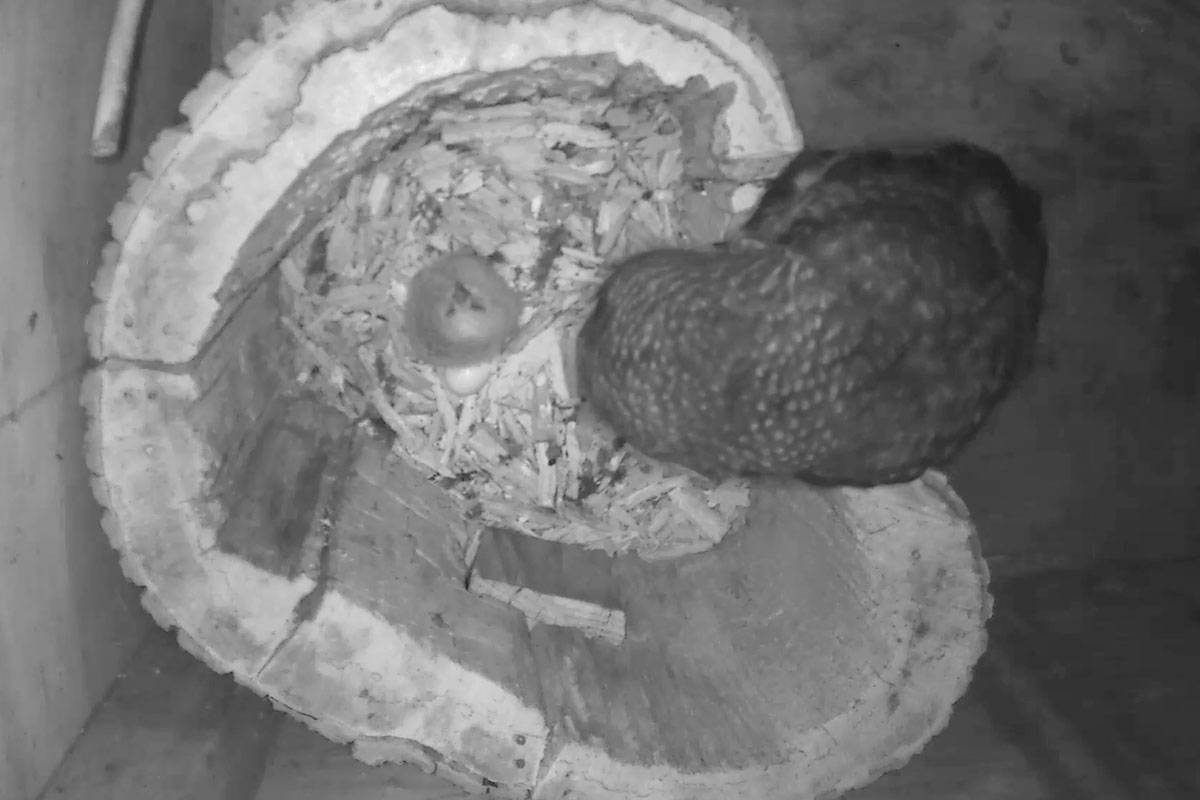 The Northern Spotted Owl Breeding Program welcomed a new chick in April 2021 after it was artificially incubated for 32 days while still in its egg, hand raised for a week and then returned to owl foster parents Sedin and Amore. Chick B is now settling in at the family nest, which the public can view live online. (Jasmine McCulligh/Special to Langley Advance Times) 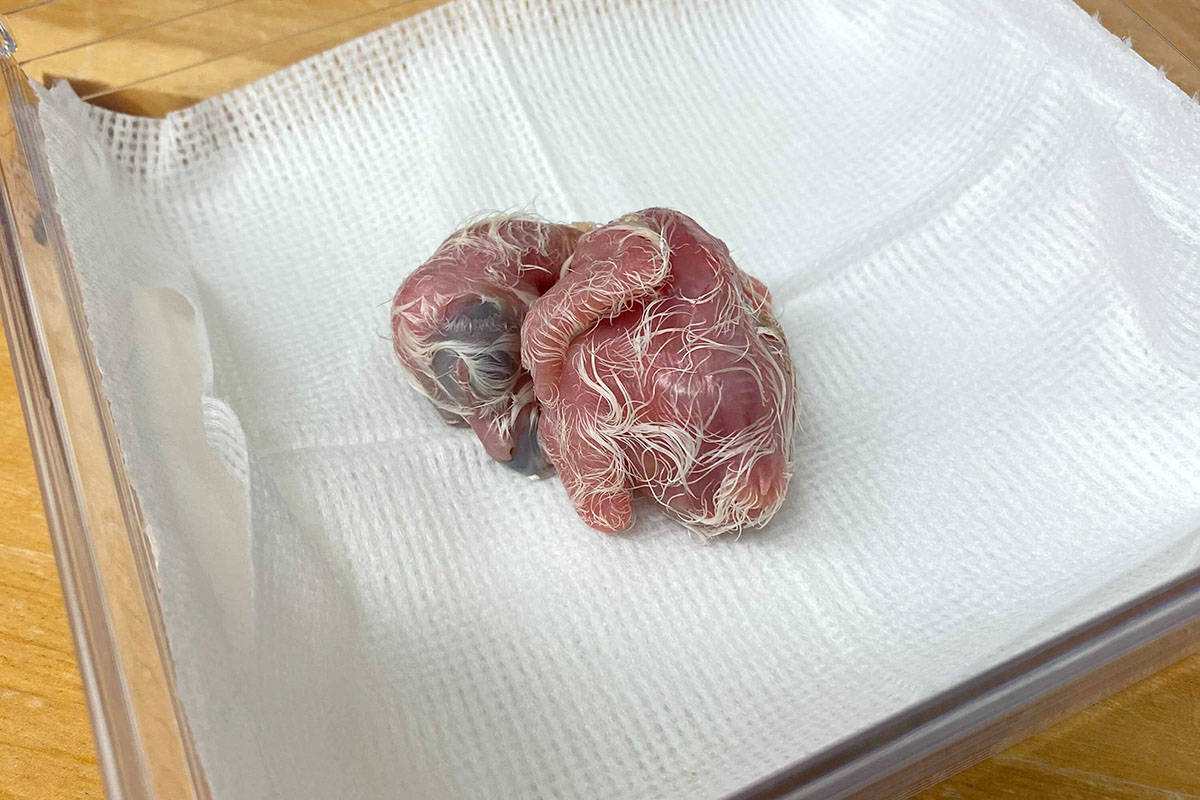 This photo shows a minutes-old Northern Spotted Owl that was welcomed at the Langley-based breeding program in April 2021. Chick B is being raised by a pair of owls, and the famly nest can be viewed online. (Jasmine McCulligh/Special to Langley Advance Times)

The population of the endangered Northern Spotted Owl is headed in the right direction thanks to the efforts of a breeding program in Langley.

The Northern Spotted Owl Breeding Program (NSOBP) recently welcomed a rare chick, with the unglamorous name Chick B, after the egg was artificially incubated for 32 days. That was April 16. Then Chick B was hand raised for a week and then returned to avian foster parents Sedin and Amore, explained Jasmine McCulligh, coordinator of the Langley-based facility.

“As the chick grows, Amore will spend more time off the nest, but for now she will remain in the nest most of the time to keep the chick warm,” McCulligh said.

Established in 2007, the program aims to restore the wild population from the current 30 birds to more than 250 adult Northern Spotted Owls by releasing between 10 and 20 juvenile owls each year over the next few decades. McCulligh said this is the only program of its kind in the world.

Now that Sedin and Amore are settled with their newest addition, the public is invited to view the family’s day-to-day activity but online only.

“This is looking to be an exciting year for everyone involved with the breeding program, and we’ve been anxiously awaiting the live stream launch so that we could share our news with the world,” said McCulligh. “This is just the start of exciting news we have to share, but for now you can see all the action live 24/7 right from the comfort of your own home.”

The live stream is hosted by the Fish and Wildlife Compensation Program (FWCP), in partnership with the NSOBP.

“Part of the recovery strategy for the Northern Spotted Owl is to increase the population size to a more stable, resilient level as soon as possible” said Julie Fournier, FWCP coastal region manager. “That’s why our board is providing funds, once again, towards this important captive breeding program.”

And funds are something the Langley program has struggled with amid the pandemic, McCulligh said, with increased operational costs and the cancellation of public outreach events.

“Public outreach events are an important fundraising stream for the NSOBP, which is a part of the non-profit British Columbia Conservation Foundation,” she explained.

To support the new chicks the NSOBP has launched an Adopt-a-Chick fundraiser where donors will receive exclusive emails for a one-time donation of $25.

“We estimate it costs about $1,700 per year to feed just one Northern Spotted Owl in its first year of life; so we’re hopeful that this fundraiser will help out with those costs,” McCulligh said.