BMW has thrown subtlety out the window with the next-generation 4-Series models for 2021.

If the 3 Series sedans aren’t sporty enough for you, the 4 Series Coupé or Cabrio (convertible) might just be the ride to quicken your pulse and widen your smile. What you give up in practicality by having two doors instead of four, you gain right back in attitude.

When sizing up the 4 Series, what’s most evident is the large grille. Whatever love-it or are-you-kidding-me controversy there is over the grille, the overall front styling is winner.

BMW will likely get no argument regarding the rest of the body, which presents as traditionally shaped as any 4-Series competitor, such as the Mercedes-Benz C Class or the Audi A5. 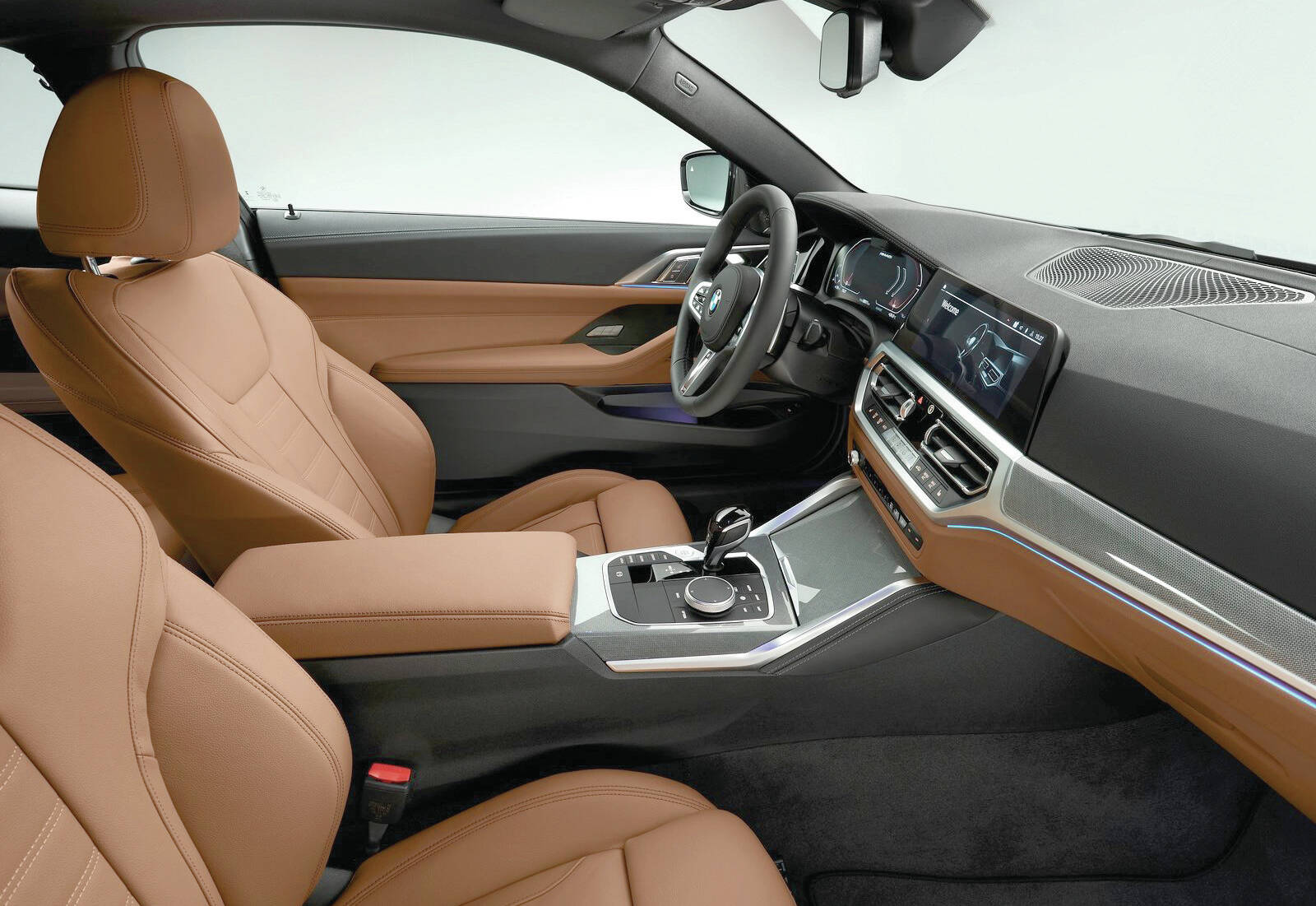 The 4 Series is first and foremost a two-door luxury cruiser. And with a base 255-horsepower four-cylinder engine, it is definitely a cruiser. The interior varies only slightly from that of the 3-Series sedan. PHOTO: BMW

The interior, which varies only slightly from that of the 3-Series sedan, is gimmick-free and has easy-to-view gauges and clearly laid-out switchgear. The touch-screen is slightly angled toward the driver and the toggle-type shifter is more organically designed than the dials or pushbutton controls found in other vehicles.

The back seat is cozy, as expected, but the split-folding seatback can be flattened (forward) if additional stowage room is needed. It’s unfortunate that the 4 Series wasn’t built as a hatchback, which could have attracted some sedan customers. 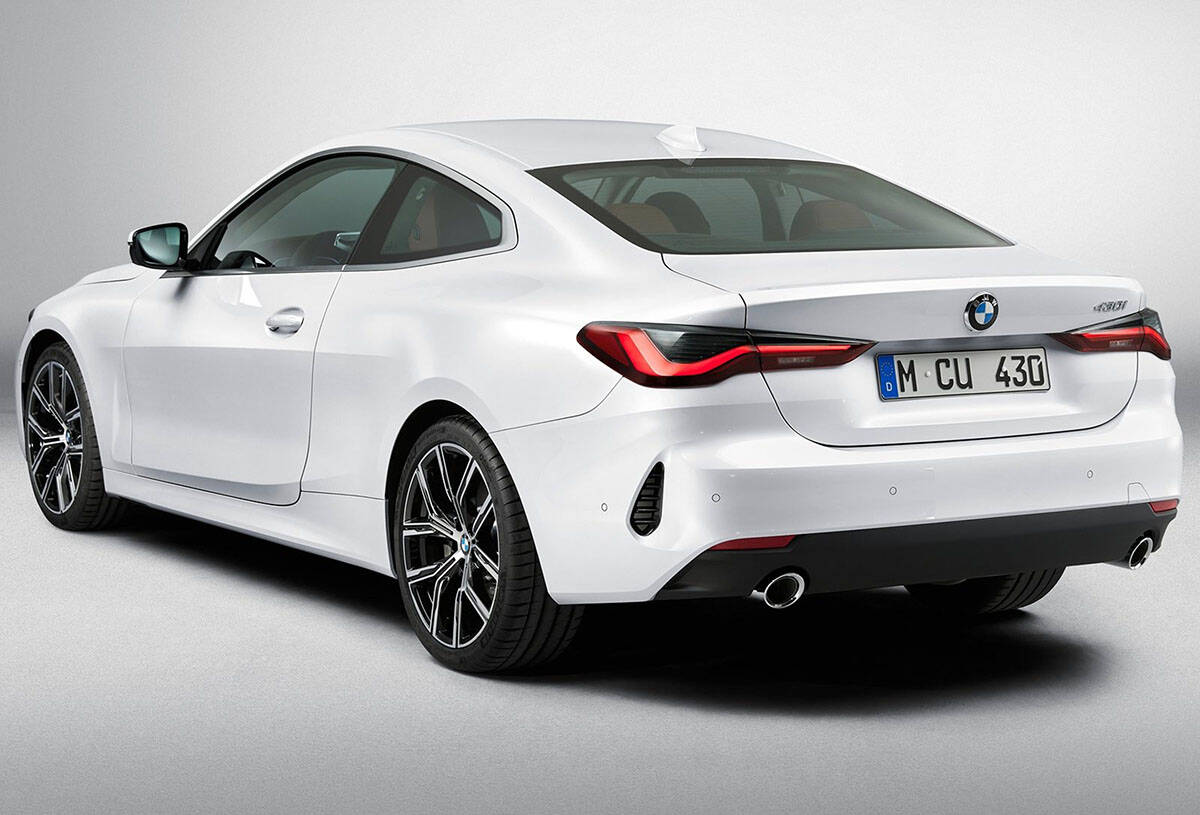 The 4 Series Coupés are all-wheel-drive and the Cabrio is rear-wheel-drive, but the performance versions of the coupe only drive the rear wheels. Had the Coupé been designed as a hatchback, it would have had an extra measure of practicality without affecting the overall style. PHOTO: BMW

There’s nothing especially unique about the powertrain lineup, which is similar to that of the 3 Series. The base all-wheel-drive 430i xDrive Coupé and rear-wheel-drive 430i Cabrio each come with a turbocharged 2.0-litre four-cylinder rated at 255 horsepower and 294 pound-feet of torque. The turbocharged 3.0-litre six-cylinder in the 440i xDrive coupe makes 382 horses and 369 pound-feet with the assist of a 48-horsepower electric motor. Both engines connect to eight-speed automatic transmissions. 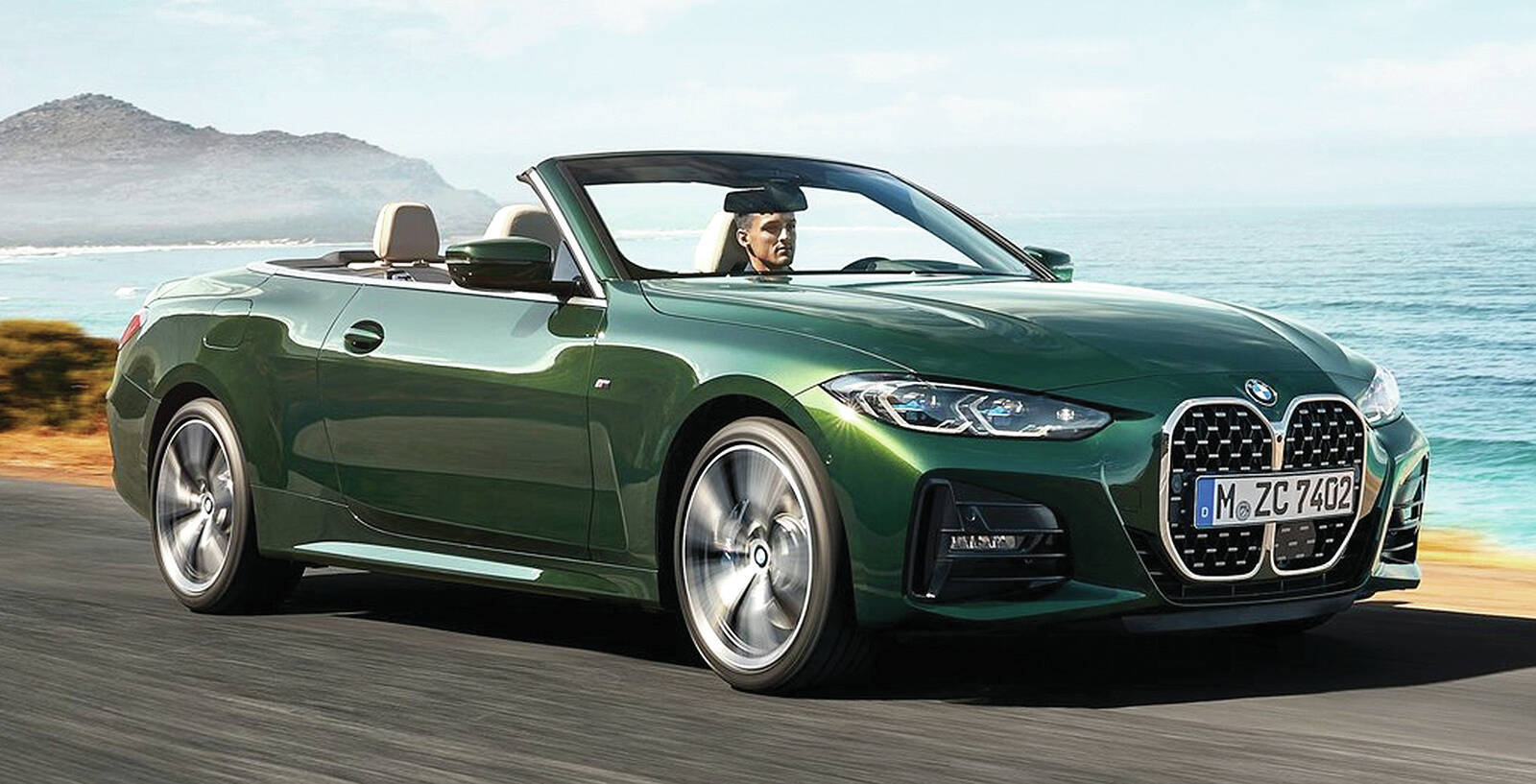 The base soft-top-convertible costs close to $8,500 more than the coupe. For now, the performance-oriented M4 and the M4 Competition models are coupe only. The convertible versions are expected later in the year. PHOTO: BMW

BMW also offers the M4 performance versions of the Coupé and Cabrio, but both are rear-wheel-drive only. The M4’s 3.0-litre six-cylinder engine makes 473 horsepower and 406 pound-feet, and 503 horses and 479 pound-feet in the M4 Competition. The M4 gets a six-speed manual transmission, while the Competition has an eight-speed automatic.

Prices start at $53,650 (including destination charges) for the 430i xDrive Coupé. The Cabrio starts at $62,100. Of course there are a number of available packages that will inflate the cost. A Dynamic Handling grouping comes with beefier brakes, adaptive (constantly adjusting) dampers and a limited-slip differential. To dress up your choice, there are premium leather seat coverings, wood and aluminum interior trim plus several different styles of 18- and 19-inch wheels. A Parking Assistance option will help you locate, then park your 4 Series for you. 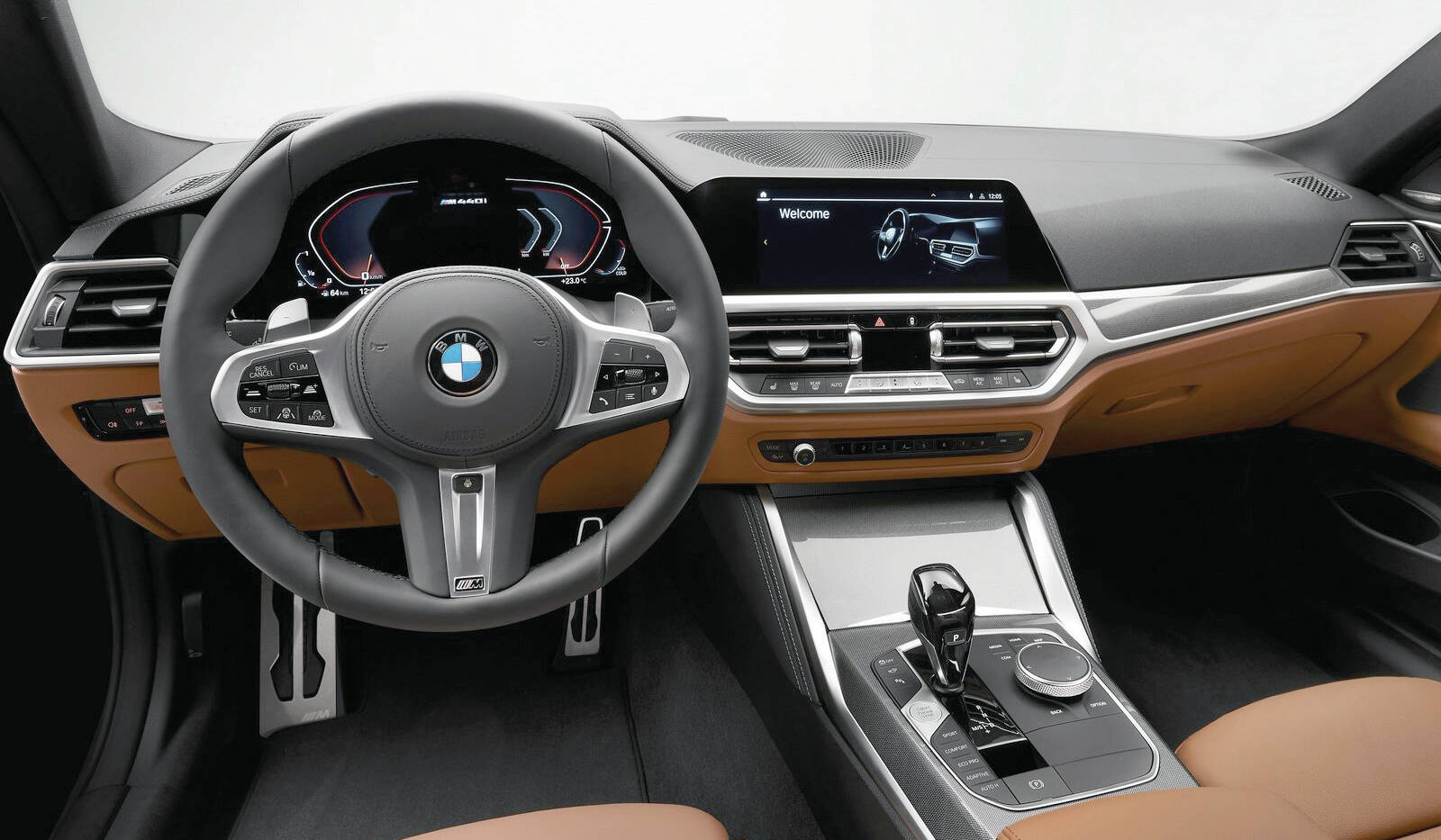 The dash has very few buttons or switches. Many functions are rooted in the infotainment screen while others are located on the steering wheel. PHOTO: BMW

The M4 Coupé is priced in the low-$80,000 range with M4 Cabrio likely costing about $10,000 more, although pricing has not yet been announced for Canada.

BMW buyers traditionally seek prestige and performance along with style. The 4-Series models have plenty of the first two ingredients, however the controversial — some might call it overbearing — grille could be a deal-breaker. After all, there’s getting noticed, then there’s getting noticed for all the right reasons.

Market position: With only a few exceptions, two-door coupes and convertibles such as the BMW 4 Series exist as premium vehicles produced by luxury automakers. Most are also available as high-performance variants.

Points: Redesigned coupe and convertible include massive grilles that, for some people, spoil the appearance. • The turbo four-cylinder and strong-running I-6 engines are common to many other BMW models. • The M4 offers a significant bump in horsepower. • A manual transmission is only available with the M4.

The Auto Sleuth: The new Grand Cherokee, the return of the Integra name and more