Imagine that you are a VIP from out of town who has business in the Langley area – a famous actor or a captain of industry who flies into Vancouver International Airport then takes a helicopter for a time-saving trip to the Langley Regional Airport.

If you happen to arrive at the wrong time, your wait for a taxi or limo will be spent at one of two outdoor picnic tables.

One has slightly more shade than the other.

That’s because when the 900 sq-ft airport administration offices located on the second floor above Adrian’s At The Airport Restaurant are closed and the restaurant itself is shut down, there really isn’t an alternative.

That will change as a result of the construction project now underway between the building that houses the popular restaurant at the airport and the NAV Canada air traffic control tower in the 5300 hundred block of 216 Street.

The $10 million 55,000 sq-ft building, expected to be completed by the spring of 2018, will house a state-of-the-art three-storey terminal building with a new airport control tower standing another two storeys above it.

It will offer visitors an indoor place to stay, but it is about a lot more than that, airport manager Guy Miller said.

Miller called it a “premier project” and a “significant upgrade” that will replace the aging structure that currently houses air traffic control. It will provide a new home to Adrian’s and add much-needed meeting and briefing space for airport administration.

“We need a bigger flight planning centre for air crews to come in,” Miller said.

“We routinely brief large swaths of pilots, where we have 40 to 100 pilots at a time.”

The building is unique in that it combines several functions, a move that helps keep overall costs down, Miller said.

It is also a necessary improvement, given the increased activity at the airport.

“We have been getting an increase in helicopter traffic and we need to grow with the growth we’re experiencing,” Miller said.

“We have a number of other companies that have been growing dramatically,” he added.

The new terminal building will increase the space for airport administration from the current 900 square feet to about 2,000, and will house Adrian’s on the second floor, with an outdoor balcony dining area.

An RDM division, Pacific Aircraft Services, will own the building and lease it out.

“I think this is big for the film industry,” said Madsen, who predicted the new building will make Langley that much more popular as a place for Langley-bound actors to fly into.

Madsen is also handling other projects at the airport including doubling the space used by the RCMP for its Lower Mainland helicopters. 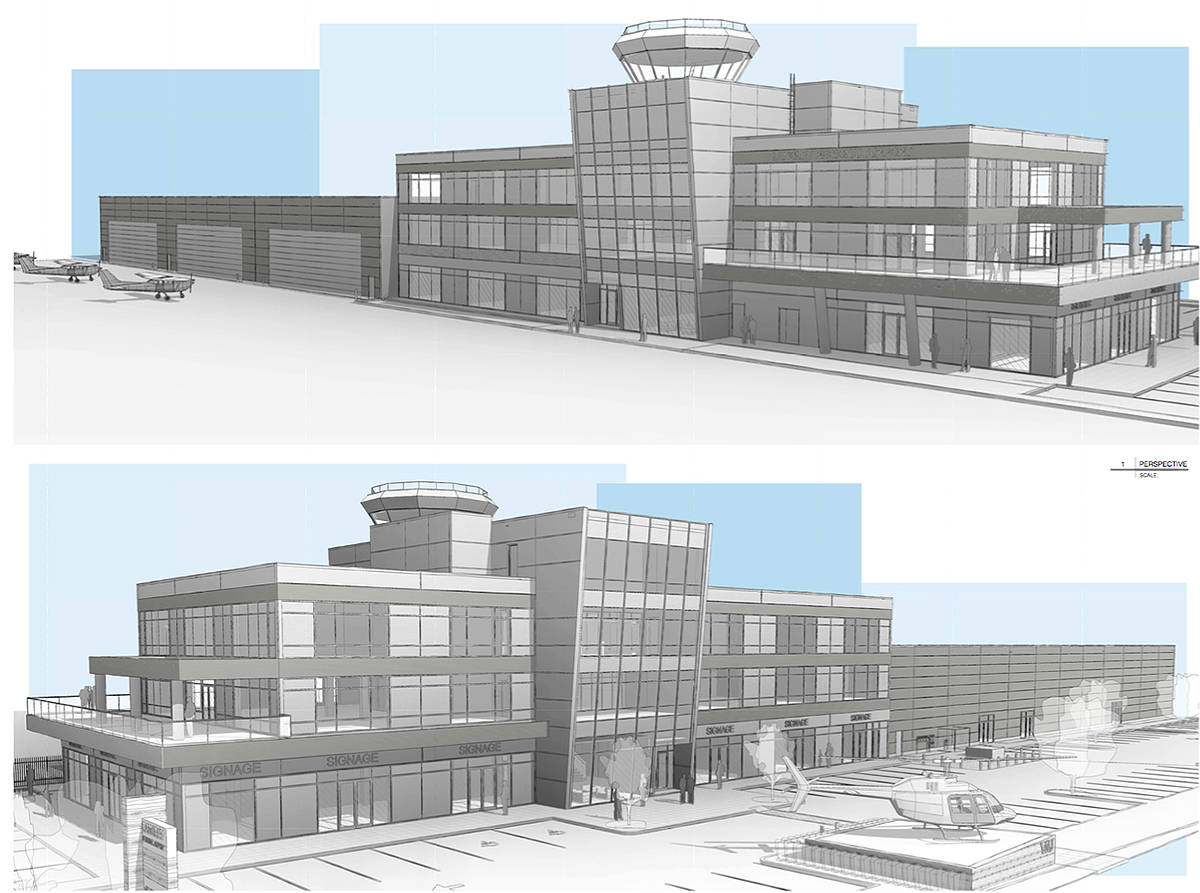 Uber on the streets mapping the Lower Mainland

WHAT’S IN STORE: Thank Tidball for the 67-cent hamburger