by Natasha Jones/Special to the Langley Advance Times

Ever had a cucumber explosion? Do you even know what one is? Or what one tastes like?

“It was unbelievable,” said Wong, recalling how the confection literally “exploded” in his mouth.

No need to bite or chew. A little larger than a marble, it simply falls apart in the mouth.

Wong is the owner of OriginO, a greenhouse operator that has a plant in Murrayville employing 35 people.

In June 2018, Wong opened an on-site farm market store at the Murrayville location, 21333 48th Ave., so that he could sell produce grown in greenhouses at that and his Delta location, as well as other fruit, vegetables, honey and preserves supplied by other organic producers in the Lower Mainland.

It is open year round from 9 a.m. to 5 p.m Tuesdays to Saturdays, although plans are in the works to close the farm market from mid-December to mid-January 2020, Wong said.

With a chef like MacDonald in mind, Wong added a test kitchen where shoppers can sample cut-up fruit and vegetables, and, for example, vegan mac-and-cheese made from yellow and orange peppers, cauliflower, lemon juice and nutritional yeast.

“It’s a test kitchen where hopefully we can come up with a few more items that feature our products. Not just raw products, but amazing food,” Wong said.

Shoppers might be treated to a cucumber explosion, and miniature macaroons made with red pepper and goat cheese. One recent test kitchen sampling was an cookie containing cucumber and pumpkin spice, and topped with royal icing that had a hint of cucumber.

Customers have also been treated to a dynamically different ice cream made from strawberries, red peppers, cream, a little sugar (to control ice crystals), and milk. On another occasion, there were freeze-dried pickle chips.

On another, heirloom tomato chips which Keith Hammond, OriginO vice-president of operations, called “the best I’ve ever tasted. Just beautiful.”

Eventually, based on the preferences of customers, these and other items will be available for sale. Among them, Wong hopes, will be clear tomato soup which, when he first tasted MacDonald’s creation, said was “unbelievably delicious.”

Sampling the offerings of MacDonald and one will discover that he elevates the ordinary to the delectable, Wong said.

This comes from his vast experience as executive chef at Ladner’s La Belle Auberge, a position he left a few years before the restaurant closed, in order to become an instructor at Vancouver Community College. He has competed in the culinary Olympics, which are held every four years in Germany.

“I’ve spent most of my adult life playing with food,” MacDonald shared. “And I have always been fairly experimental.”

With that in mind, customers at OriginO can only win. And, acknowledging that there is often a gap between what people enjoy and what they can afford – especially when it comes to organic food – the store offers a $2 coupon for purchases worth more than $10.

“We believe in what we do, consumers desire product that is grown without chemicals, and I believe better tasting, being closer to nature; consumers want to know where the product comes from and what’s used in the growing cycle,” Hammond said.

The test kitchen and the store present a contrast to the rather featureless expanse of greenhouses, Wong acknowledged. But, he elaborated, with MacDonald presenting his array of ideas there will be continual product development.

“We want to do something more inviting. Eventually, we plan to have tours of the greenhouses for the public, much along the lines of a winery tour.”

At the moment, red peppers and long English cucumbers are the main products grown in Murrayville, and there is also a small area set aside where the company propagates its own plants. The company is currently looking at growing herbs, micro greens to grow on benches in the propagation area when it’s not fully utilized for propagation. 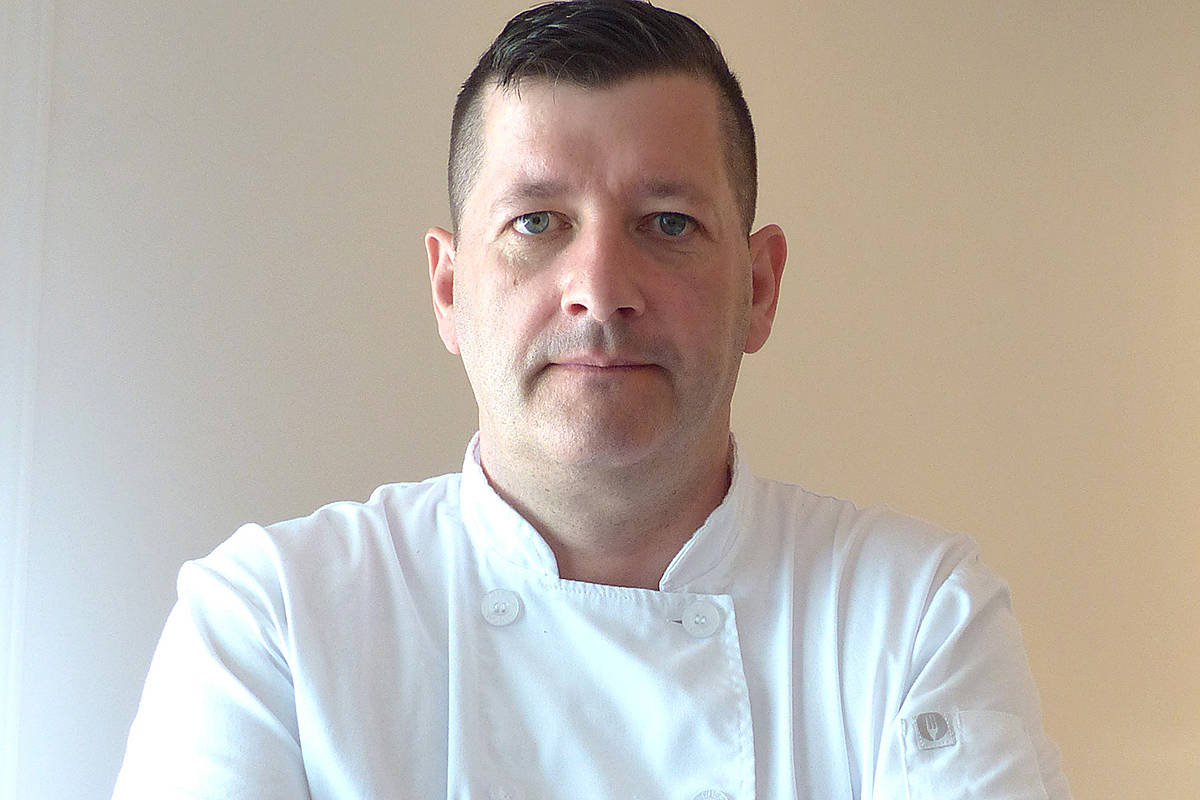 Chef Tobias MacDonald is creating different dishes with produce from Langley’s own Origin O’s in Murrayville. (Natasha Jones/Special to the Langley Advance Times)