Artifacts of old at the Aldergrove library on Thursday both bewildered and bedazzled the patrons who found their way to the Retro Tech Tryout.

The display was a mix of old technology that people recalled from the past and a few mystery items. An Edwardian-era baby bottle shaped like a banana, carbon paper to make multiple copies of a document in offices before the days of computer printers, an Art Deco-era folding travel clothes hanger, and more prompted bewildered looks from some of the patrons.

Community librarian Jacquelynne Garden scrounged through the library network to round up items such as electric typewriters, a slide projector, books on cassette tape, office supplies, and more. She also obtained vintage telephones from the Alder Grove Telephone Museum. The display was rounded out by household items from a local collector.

While a nostalgic stop for a few adults, the display was an eye opener for young people who realized how much hard work people of decades past had to do for the tasks of daily living such as ironing linens and clothes, making food, and more. 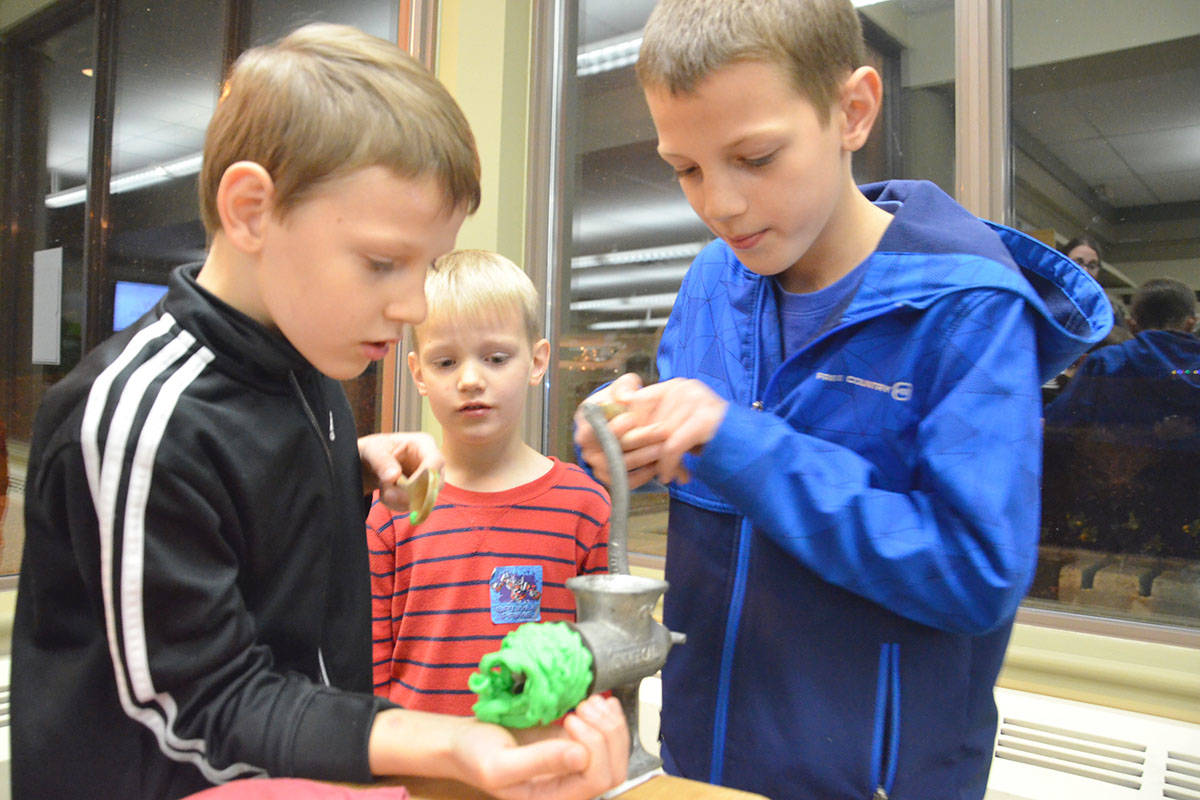 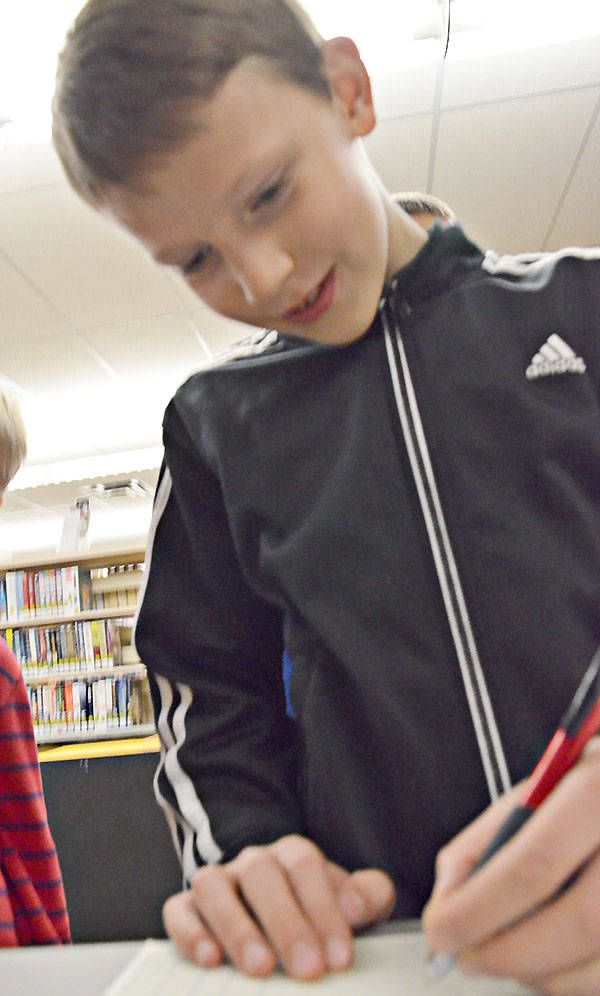 Antique and vintage technology such as typewriters, a VCR, waffle irons from the Edwardian era and the 1940s, and more were on display at Retro Tech Tryout. Josiah Vandergriendt tried out carbon paper, used to make multiple copies of a document in the era before computers and printers. (Heather Colpitts/Langley Advance Times)