How well do you know your Langley history?

Here’s a test, courtesy of Todd Davidson, president of the BC Farm Museum Association, who sprang the pop quiz Saturday (June 17) on more than 200 visitors to the official unveiling of the museum mural project by seven renowned Langley Artists and the museum’s new shop (The quiz answers are at the end of the article).

1. Who was the municipality of Langley named for and why?

2. What year did BC join the Canadian confederation?

4. What famous Canadian actor is a descendant of a Canadian farm equipment maker?

5. BC farming has always relied on imported labour. The Hudson Bay farm in Langley had many foreign workers. Where did they come from and what were they called?

Some knowledgeable guests pocketed souvenirs when they called out the correct answers.

Davidson said the murals and the renovations to the museum workshop — moving and repurposing walls, installing new ventilation and replacing the heating system — are among multiple upgrades and improvements to the current home at 9131 King St. in Fort Langley.

Other improvements range from a new security camera system, to interactive touch screens for visitors, to new drainage and repainting the buildings.

“Our museum has changed a lot,” Davidson said.

Future plans for the museum, which turned 50 last year, include reorganizing the displays “to present the collection more effectively” and work on volunteer development, Davidson said.

Emcee Syd Pickerell, the past president of BC Farm Museum and mural project manager, conducted the visitors through the museum for the mural unveilings and the ribbon-cutting at the shop, which houses the tools used to repair and maintain the antique equipment in the museum collection.

“This mural project has been a dream for many of us for years,” Pickerell said.

Seven BC artists painted murals on 32 large panels that showed the evolution of pioneer life with an emphasis on agricultural development up to the year 1966, when the Farm Museum opened:

Phyllis Atkins designed the First Nations mural on the outside wall that shows the relationship between the First nations and early European settlers.

A mural on the south wall showing an agricultural time line from the early 1800s to 1966 was painted by Toni Williams and Judy Jordison while a mural along the mezzanine featuring various areas of pioneer life was painted by Vivian Harder and Darlene Maher MacDonald.

Harder also painted an outside panel depicting a woman’s contribution to pioneer life.

Fort Langley artist Alan Wylie and his wife, Janice Robertson, painted an outside mural with images of local pioneer farms and other scenes.

The murals and the shop improvements were made possible with funding from the federal Canada 150 Program, Province of BC, Township of Langley, Langley Heritage Society, Farm and Ranch Realty, Alan and Gwendoline Pyatt Foundation, some private donations and over 700 volunteer hours of labor put in by museum association members.

John Aldag, Cloverdale-Langley City MP, was one of several speakers to praise the all-volunteer museum for preserving the history of Canadian agriculture.

“There’s an old saying that goes: if you ate today, thank a farmer,” said Aldag, who used to work down the street from the museum when he managed the Fort Langley National Historic Site.

“In today’s world, we often forget the importance of farms and agriculture in our communities,” Aldag added.

“It’s incredible the amount of work and effort these volunteers do,” said Blair Whitmarsh, acting Township mayor, who called the murals “absolutely incredible … it’s really awesome to see them on the inside of this facility and on the outside of the facility and as well to see the new basement workshop.”

“I never cease to be amazed at the incredible contributions that are made to this community by volunteers that care about something,” said Rich Coleman, MLA for Langley East.

“This is one of the most friendly and emotional projects I’ve had as an MLA to deal with over the last 21 years,” Coleman said.

“We live in a remarkable community.”

1. Thomas Langley, member of the Hudson’s Bay Governing Committee of 1827.

3. All of the John Deere two-cylinder tractors from 1924 to 1960 were called “Johnny Poppers” or “Poppin’ Johnnies” because of their distinctive exhaust note.

5. Hawaiian. They were known as Kanakas. 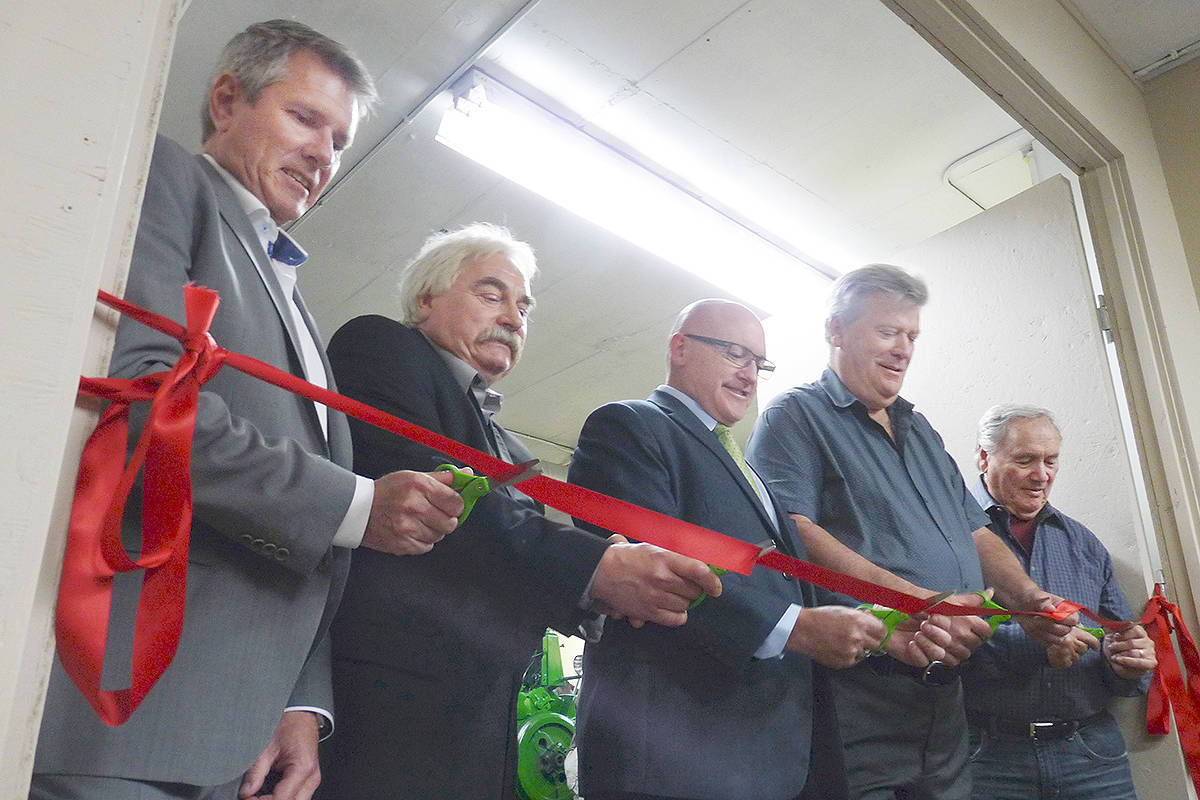 Learn about your illness, have power over it: Cloverdale resident Alice Fox on living with PTSD