It took a big effort to rescue a cat trapped at the top of a 100-foot tree – and a lot of Langley folks donated time and equipment to make it happen Tuesday.

McArthur’s ears were inclined to hear the sound, as her own cat Annabelle had been missing for two weeks.

“I went there hoping to find my cat,” she admitted.

It became apparent the cat had been stranded up in the tree for several days, unable to climb back down.

“It was trying to come down when we called for it but there were branches blocking his way,” McArthur described.

So McArthur recruited Jasmine Marjanovic of Cranberries Naturally, who helped bring in a crew with a lift, willing to rescue the cat.

Unfortunately, the first crew to arrive realized the cat was higher than they could reach.

A semi-tractor trailer hauling a 125-foot mechanical lift then had to be brought in.

Teams from Assertive Demolition and Northside Transportation worked together despite the late hour – it was about 2 a.m. by the time Assertive managed to get a crew member up in the lift to safely remove the cat from the tree.

Last night I received a cry for help so I reached out to my good friend Rhonda Hall from Assertive Demolition. Rhonda…

Posted by Cranberries Naturally on Tuesday, May 26, 2020

Once down, the feline “was incredibly friendly,” McArthur described.

“He wanted nothing more than to curl up on my lap. A very people-friendly cat.”

Nelson was touched by the fact that the rescue crew simply worked together without hope of reward.

“The company just volunteered their time,” she said.

The cat was delivered to LAPS’s Patti Dale Animal Shelter in Aldergrove on Tuesday, and is doing well now.

He’s been dubbed Curtis while he goes through medical checkups and waits to be either claimed or adopted.

McArthur nicknamed the cat “treetop,” in light of the hours teams spent trying to rescue him from the tree.

In the meantime, the director said he’s getting lots of love from LAPS staff and volunteers and has his own cat condo at the shelter.

“We are incredibly grateful for the generosity and kindness of everyone involved in Curtis’ rescue,” LAPS said in a statement.

“We would like to extend our most heartfelt thanks to Annette, Jasmine as well as Rhonda, Mike and Wayne of Assertive Demolition and Northside Transport for their incredible efforts. They are truly heroes for animals!”

McArthur is still looking for her cat Annabelle, who went missing on May 16. 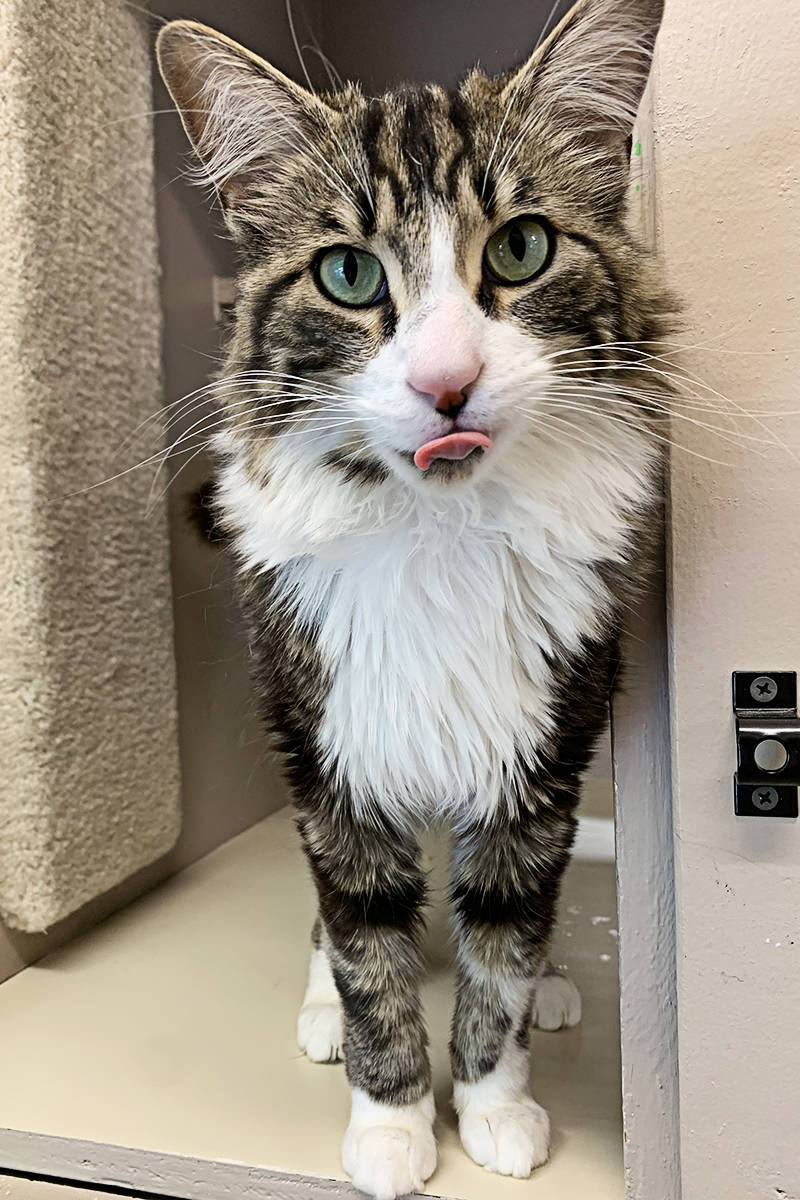 Curtis, now recovered from several days atop a tree near Fort Langley, will soon be adoptable from the Patti Dale Animal Shelter. (LAPS photo)