Elsie Beggs, a long-serving volunteer and two-time award recipient for her community contributions in Aldergrove, will celebrate becoming a centenarian this month.

Her 100th birthday will be sworn in with a heartfelt celebration of tea and cake, and she’s inviting everyone.

Born in Vancouver on July 12, 1919, Beggs spent her youth in the nearby Abbotsford neighbourhood of Peardonville, where her family had a farm.

She relocated to Aldergrove more than seven decades ago, in 1941, to work at the post office.

It was here that she met a man named Trevor, whom she married in 1947.

Just a few years earlier Beggs became a founding charter member of the Royal Purple Lodge #38 Aldergrove, when her father Elks Exalted Ruler Brother A. Newman saw the need for an auxiliary to the BPO Elks of Aldergrove.

Described as a “kind and generous soul” at 99 years of age, Beggs is now the only surviving charter member of the lodge and was awarded a 70-year service pin by the Royal Purple in 2014.

RELATED: Elsie Beggs, a lifetime of contribution to the community

Through the years the Royal Purple Lodge supported numerous charities such as Save the Children Fund and also sponsored Christmas parties for the children in this community, among other endeavours that Beggs got behind.

The long-time volunteer is also a member of the United Church ladies auxiliary.

“We have lost count on how many pies, sandwiches, and desserts she has made over the years – all for charity,” said her daughter Myrna Parkin.

“After looking it all up, I was so surprised to see all the things she’s done for the community.”

During the war years, Beggs was involved with the Red Cross offering assistance with first aid and as an airplane spotter.

In 2016, Beggs was also awarded the Hilda Reddick Award for her contributions to Aldergrove’s community.

Along with Pete Swenson, Beggs and her late husband were instrumental in establishing the first Langley Walk, spending many of its early years working tirelessly to ensure it could become what it is today.

Beggs also organized the local Kinsmen Mother’s March and was a fitness instructor with the ProRec program for several years.

In her late working years, her husband Trevor founded and operated a hardware store in Aldergrove called Beggs Hardware and managed CFVR Radio in Abbotsford, while Beggs remained with Canada Post until retirement.

She and Trevor (who passed away several years ago) have three children, Dianne, Myrna and Murray, as well as two grandchildren, and three great-granddaughters.

The Beggs clan invites the public to celebrate their beloved matriarch at a birthday tea on Sunday, July 14, from 1 to 4 p.m. at the Royal Canadian Legion’s Aldergrove branch. 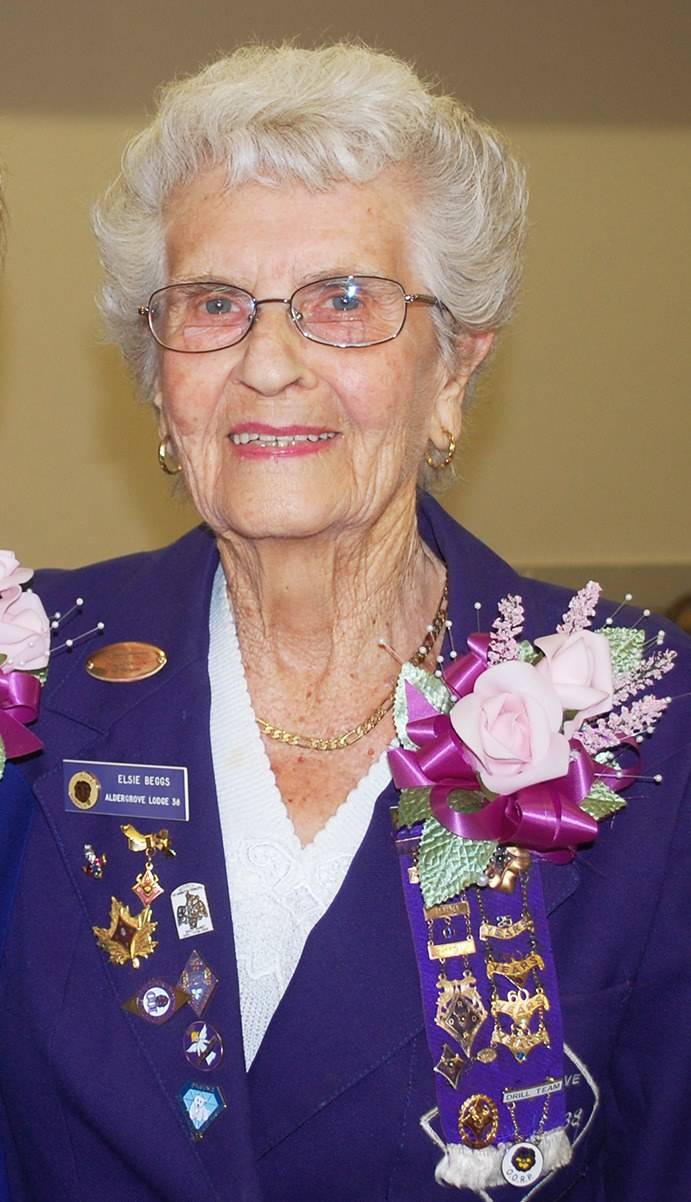