There was a chill in the air at Vedder elementary on Wednesday, but a lesson in warmth all around.

The heat was turned off for the day, at least in the intermediate classrooms, to give students a tiny peek into what the homeless are facing as winter weather begins. They called it the Coldest Day of the Year, and it was spearheaded by Grade 5 teacher Garrison Hodgins.

“It’s just to bring the meaning of empathy to the kids,” he says, explaining why the temperatures were kept so chilly throughout the day. “It’s to get them thinking about homelessness.”

It’s that intermediate grade age, specifically those Grades 5 and 6 students, who are really starting to think about others in a meaningful way, Hodgins says. And that makes it a great time to show them how to give back to a community, how to get involved, and how to contribute to society.

“This is about being a part of something bigger than yourself,” he says.

All of the students were invited to bring their toques, scarves, sweaters and blankets into their classrooms to keep warm throughout the day. Then, at the end of the day, they were invited to hand over their blankets to be donated to an organization called The Blanket BC Society. Warm clothing donations were sent to Ruth and Naomi’s for distribution there, part of clothing drive by teacher Donna Boucher.

Hodgins got the idea from his wife, who brought the same project to her school in Abbotsford. The idea was embraced by staff and students. They made a promotional video to get the kids excited about it, they sent letters home to parents explaining the idea, and they talked about it for weeks prior to the day.

In addition to staying warm with blankets and toques, a small army of volunteers, teachers and students busily made up hot chocolate to be delivered to classrooms. For a loonie, each student could buy a cup. They raised well over $400 this way.

The people behind Blankets BC came to Vedder elementary on Wednesday to talk about where their donations and blankets will go. Gregory Ould started collecting blankets with his son Benjamin more than nine years ago, and now his young daughter Emma is in on it, too. Their society has gathered a quarter million blankets since they began.

Back in 2005, Ould noticed a man lying in an alcove at the side of a movie theatre. He asked him if there was anything that he could do to help him out.

“I could use a blanket, to survive the night,” the man said. So that’s what Ould did. That simple act of giving has now grown into a non-profit contributing to more than 35 organizations in the Lower Mainland along with many other churches and cold winter weather shelters that open their space to the homeless and families in need of help.

Blanket BC relies on donations from volunteers, and often that comes in the form of classes, Scout groups, churches, sports teams and service clubs.

By the end of the day on Wednesday, the students had gatherd up 140 blankets to donate to Blanket BC, and more than 300 pieces of warm clothes for Ruth and Naomi’s.

Some of the classes got creative with the idea of keeping people warm this winter. Teena Richardson’s class got busy making scarves. She brought warm fabric into the class, and they cut them up into scarf-sized strips. They added a fringe with some handy scissor work, and managed to create 30 brand new scarves. Those were also donation on Wednesday. 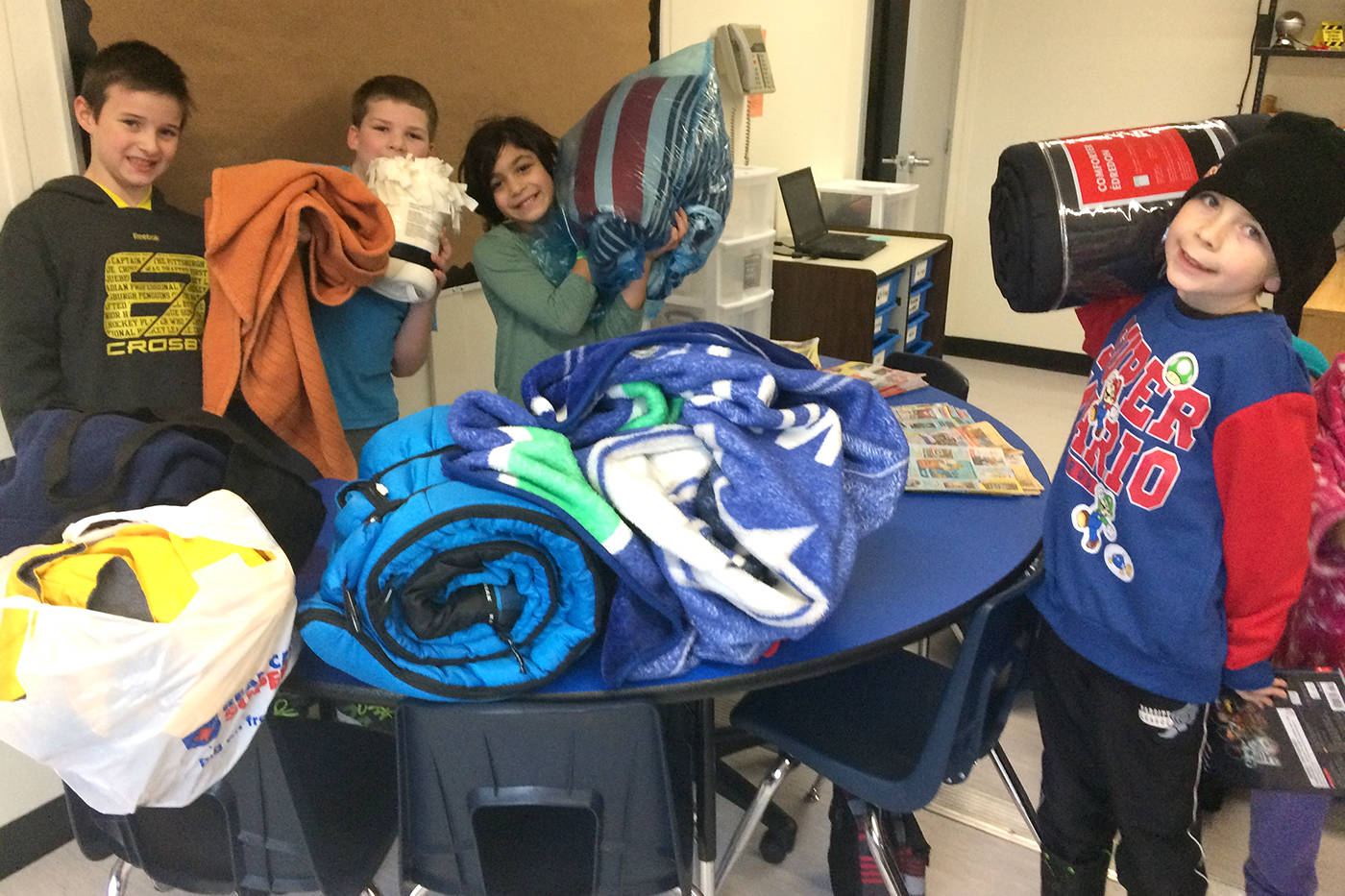 Students at the school raised more than $400 and collected more than 40 blankets for Blanket BC. 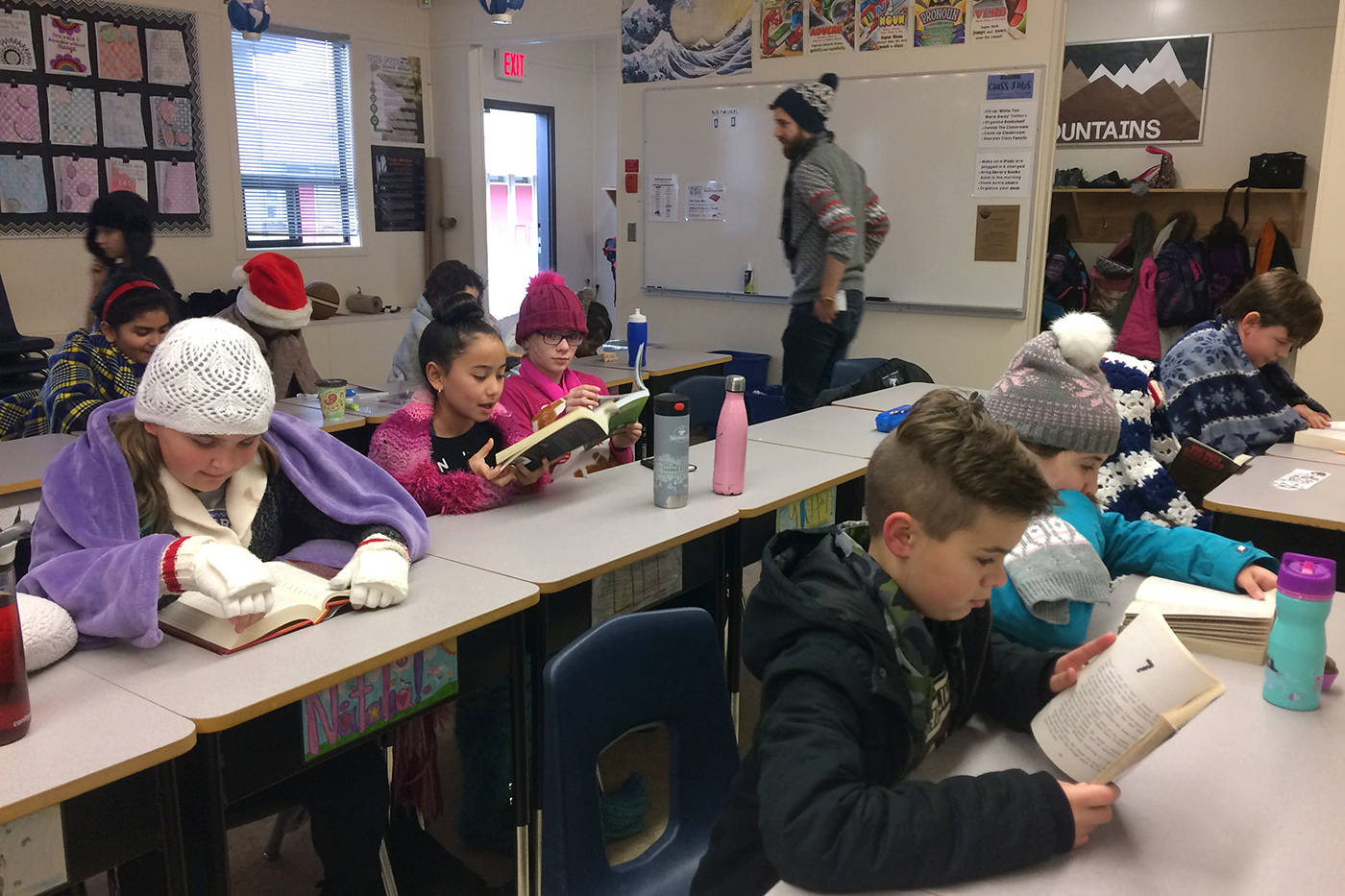 Students in Garrison Hodgins’ Grade 5 class bundle up against the chilly air, as the heaters were turned off for the day. 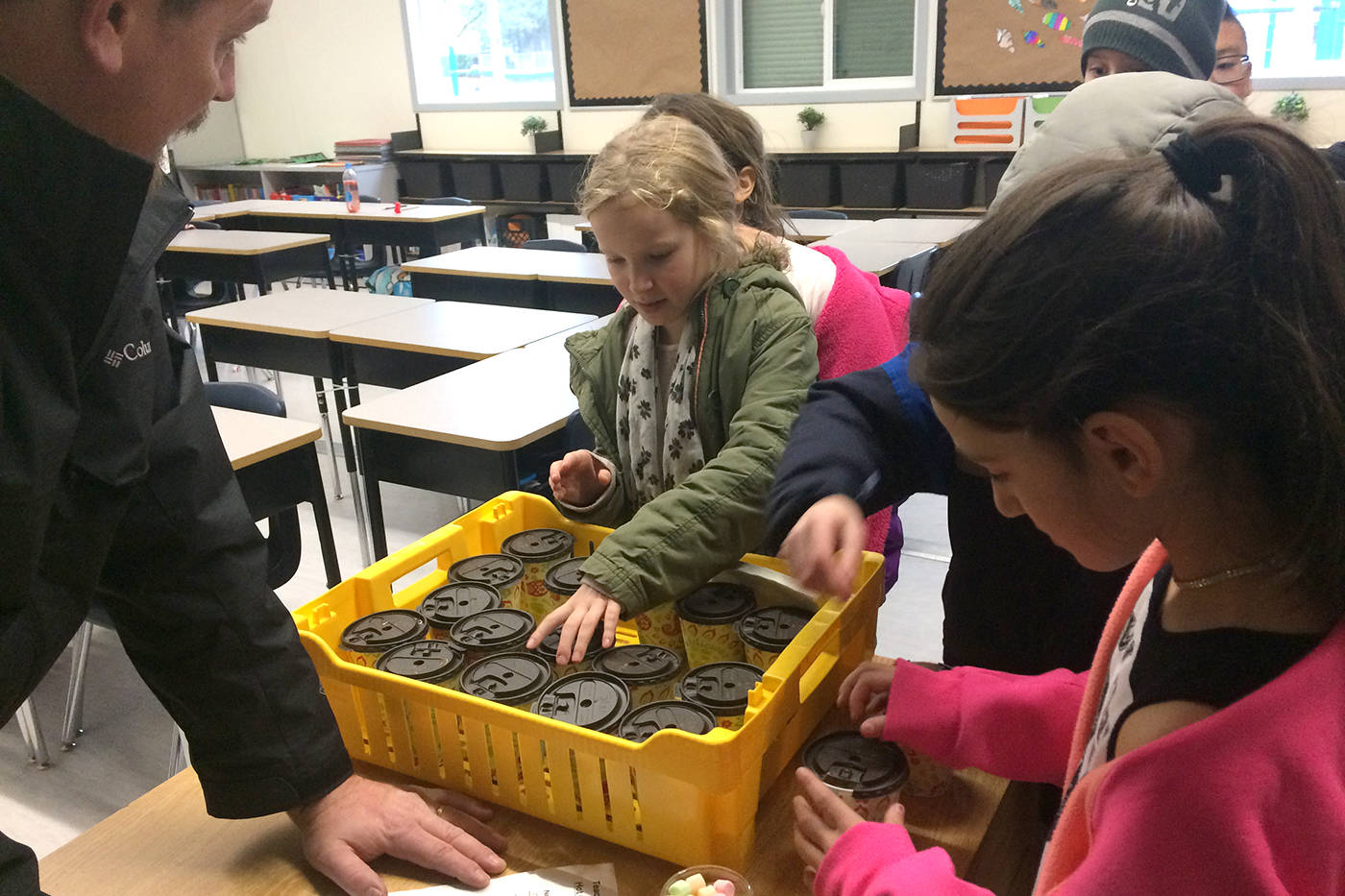 Students in Andy Fast’s Grade 4 class take their hot chocolate, a fundraiser that coincided with the Coldest Day of the Year campaign. 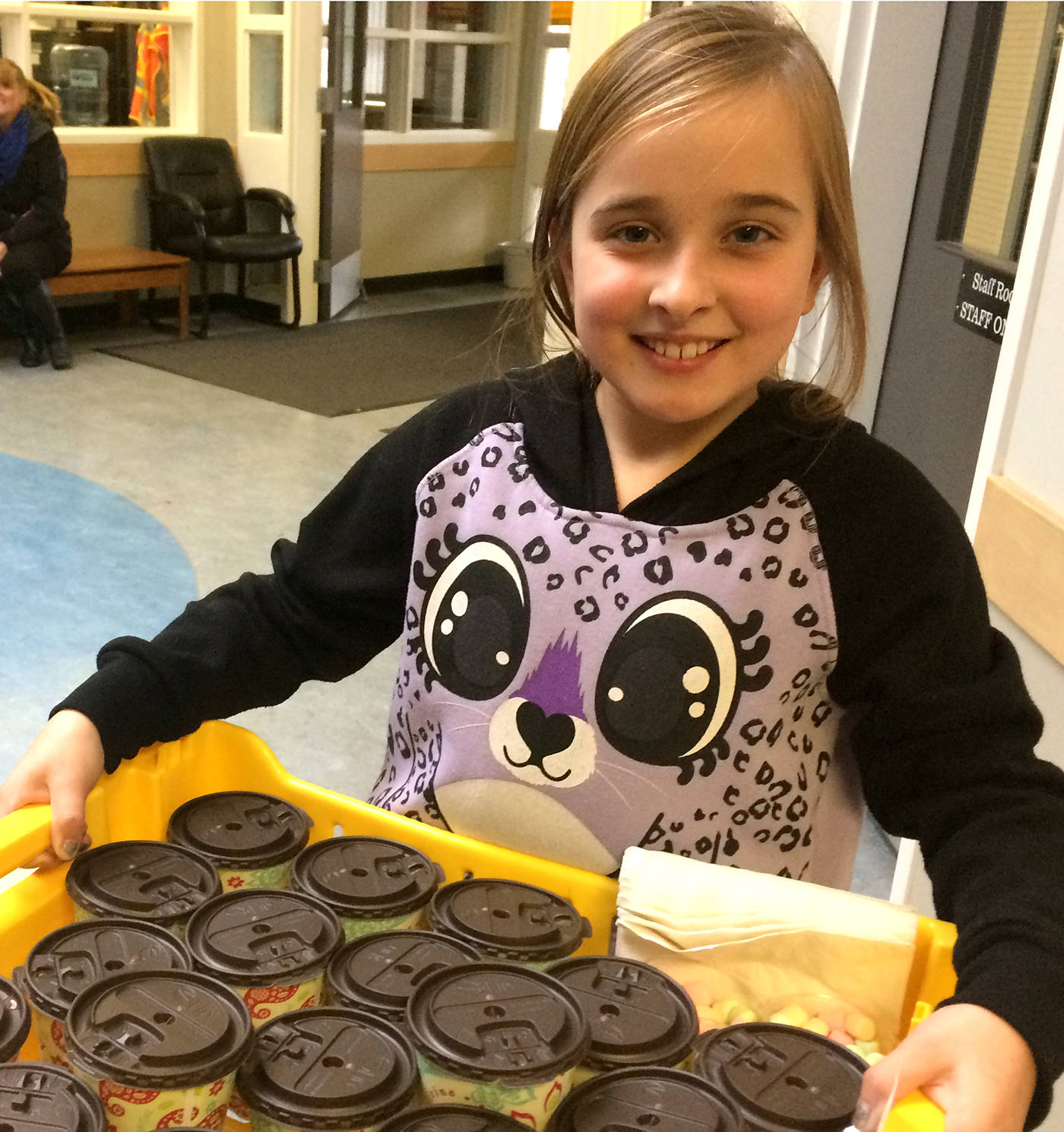 Taylor Spielman, a Grade 5 student at Vedder elementary, carries a flat of hot chocolate and marshmallows to a classroom at lunch, as part of their Coldest Day of the Year fundraiser.