Last year, Envision raised more than $100,000 and about three tonnes of food for its food bank support program.

The Full Cupboard donations were contributed to 11 food banks throughout the Fraser Valley and the Lower Mainland.

“Even more alarming,” she said, “one in three is a child.”

Seniors constitute one of the fastest growing groups food bank users, she added.

Without the food banks, 10,000 seniors with inadequate fixed incomes would go hungry, she said, applauding Envision for its help in “ensuring that no one in their community ever goes hungry.”

The Full Cupboard is a 10-year, $1 million commitment from Envision Financial that was launched in March 2013. Since inception, employees, members and community individuals have contributed $682,888, which is equal to 2,048,664 meals, and 78,832 lbs of food.

Employees also volunteered 5,044 hours of their time, both during and outside of working hours, toward community organizations as part of Lead Well, the credit union’s social vision that encourages leadership among employees by lending their time and talents to worthwhile causes.

Meanwhile, Susan Byrom of Envision parent company First West Credit Union has been recognized for her community leadership by the Sources Foundation, with their presentation of the Community Hero Award.

Sources was formed in 2015, an outgrowth of the former Peace Arch Community Services Foundation, and its aim is to support community needs in much of the Lower Mainland and Prince George.

A Langley resident, Byrom has been involved with the Full Cupboard and other community efforts through Envision, including creation of the Langley Volunteers Bureau.

“What fantastic recognition for a true community hero,” said First West CEO Launi Skinner. “Susan has tirelessly and selflessly given back to her community throughout her entire career, and this recognition could not go to a more deserving recipient.”

Byrom described the Community Hero Award as “a tremendous honour,” and added, “When I volunteer, I learn more, give more and get more from my experiences. I grow in my understanding of our charitable sector and what it means to be a good partner to those who are meeting the needs of the most vulnerable. Volunteering connects me to my community and I know by working together we can have a positive impact.” 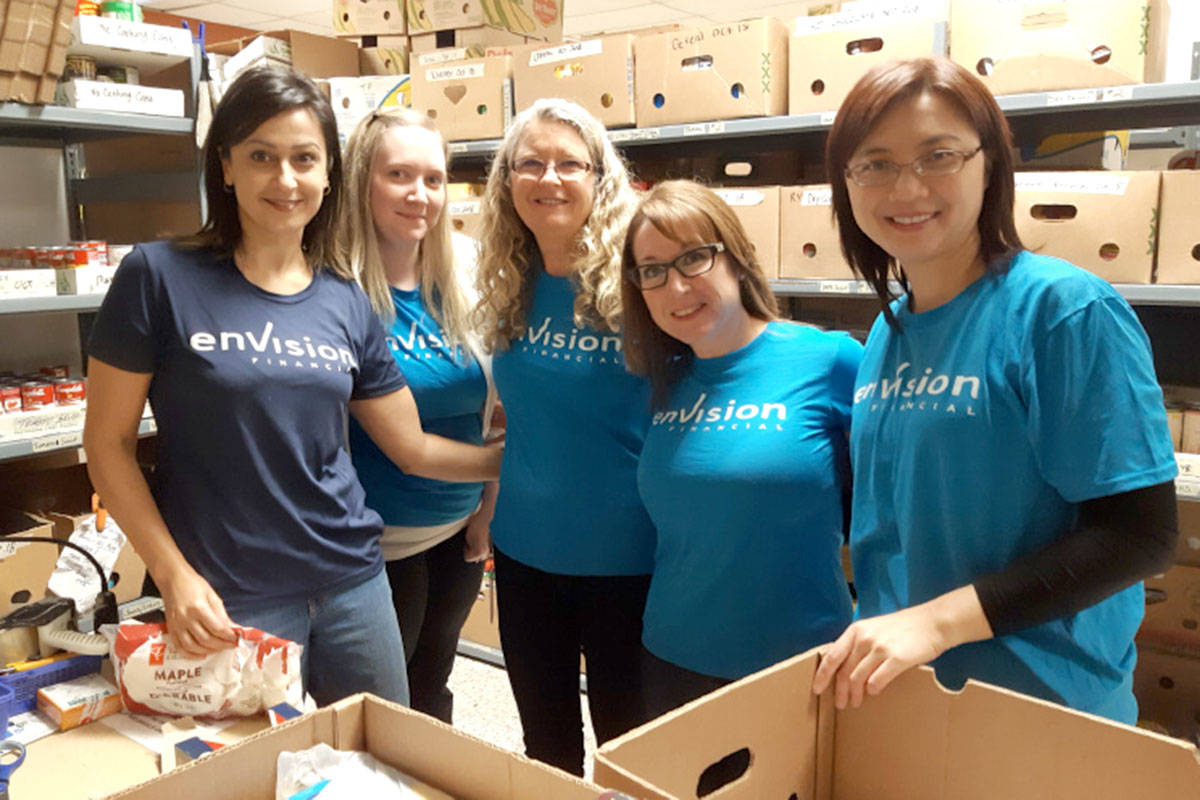 Envision employees, members, and people from the community have contributed $682,888 to Full Cupboard since its inception in 2013. 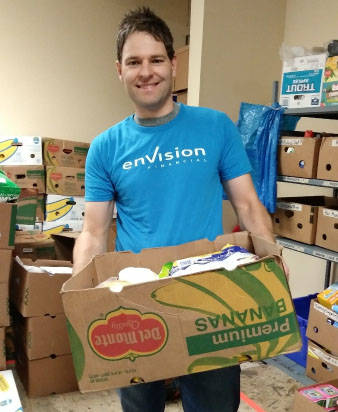 Donations Full Cupboard have provided the equivalent of more than two million meals since Envision launched the initiative in 2013.