Gibbles the goat is one of Happy Herd Animal Sanctuary’s latest residents making headlines after a successful surgery left him with only three legs.

At three-and-a-half years old, the goat came to the Aldergrove rescue farm with hobbled walk thanks to a dislocated hip – lending inspiration to his name.

Co-founder Diane Marsh said he was not walking on his right hind and she ended up taking him for surgery at Townline Vet where they discovered his leg was dislocated.

“He recovered quickly but a few months later stopped walking on his left front,” she noted. “X-rays showed massive arthritis in the shoulder so we gave him daily pain medication.”

After an injury sustained when playing with playing with a young lamb – Gibbles was headbutted, which broke his humerus – the future wasn’t looking good.

“This time he went to Langley Animal Clinic and they attempted to put a plate in but the arthritis was so bad the bone just started to crumble,” Marsh explained.

Marsh said the most prominent option on the table was to euthanize Gibbles, but they thankfully opted for a surgery instead.

“He’s bucking and playing more than he ever has because the pain is completely gone,” Marsh told The Aldergrove Star. “He’s hopping around and doing well.”

Gibbles has even given inspiration to volunteers, including Mari, who is on crutches after a hip surgery.

The four-acre volunteer-run farm has more than 70 animals and provides what they call a “loving and forever home for farm animals.”

More can be found on the sanctuary at www.happyherd.org. 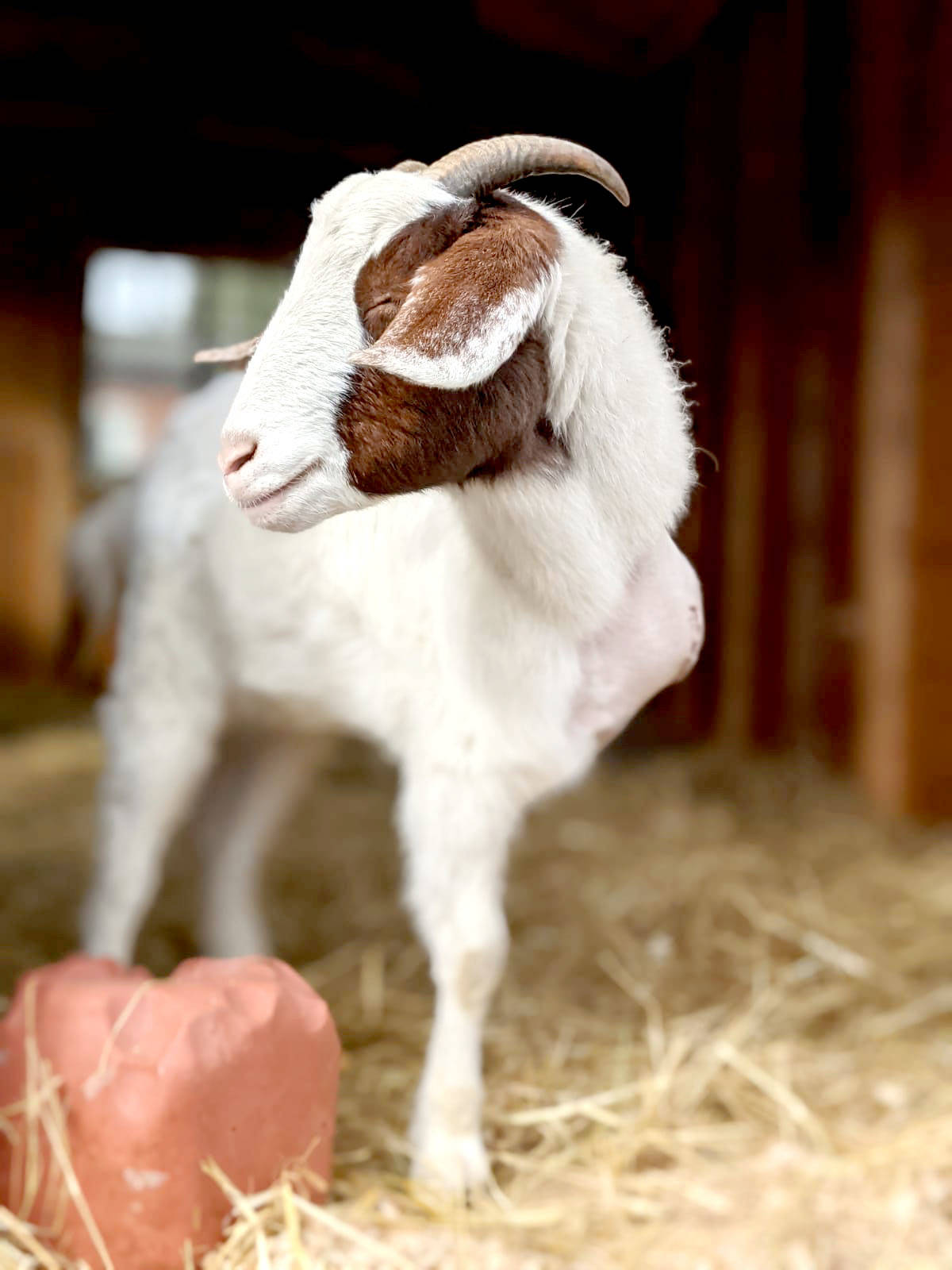