High schools from across the Lower Mainland sent their best culinary students to Cloverdale on Thursday to go head-to-head in the annual student chili cook-off.

Around 25 teams from Surrey, Maple Ridge, Powell River and Abbotsford set up cooking stations on folding tables in the Alice McKay building at the Cloverdale Fairgrounds, and got to work slicing, dicing and decorating.

Our Culinary Arts students participating in the annual chill cook off ! #ltcareercentre #futurechef

The cook-off isn’t just about a chili’s degree of deliciousness. Before the tasting begins, entries are judged in six categories: organization, cleanliness, use of tools and equipment, knowledge of ingredients, timeliness and theme.

Teams are encouraged to dress up, decorate their table and present their final product with a certain panache.

“I always say to them, where’d you get the recipe from?” she said, explaining that it’s usually a toss up between a long-held family recipe and the result of a quick internet search.

Her favourite follow-up questions are to ask if they’ve tried the recipe on anybody, and “are they still alive?”

At the end of the day, there was a clear winner. The “Totems” team from Semiahmoo Secondary won best presentation, best kitchen management, best meat chili and the ultimate chili cook-off award: best overall.

Maple Ridge Secondary may have arrived late, but judges allowed them a full two hours to prepare their entry and they didn’t disappoint. Although they had a late start, the “Crazy Carnival Chili” team ended up taking home second place for presentation. 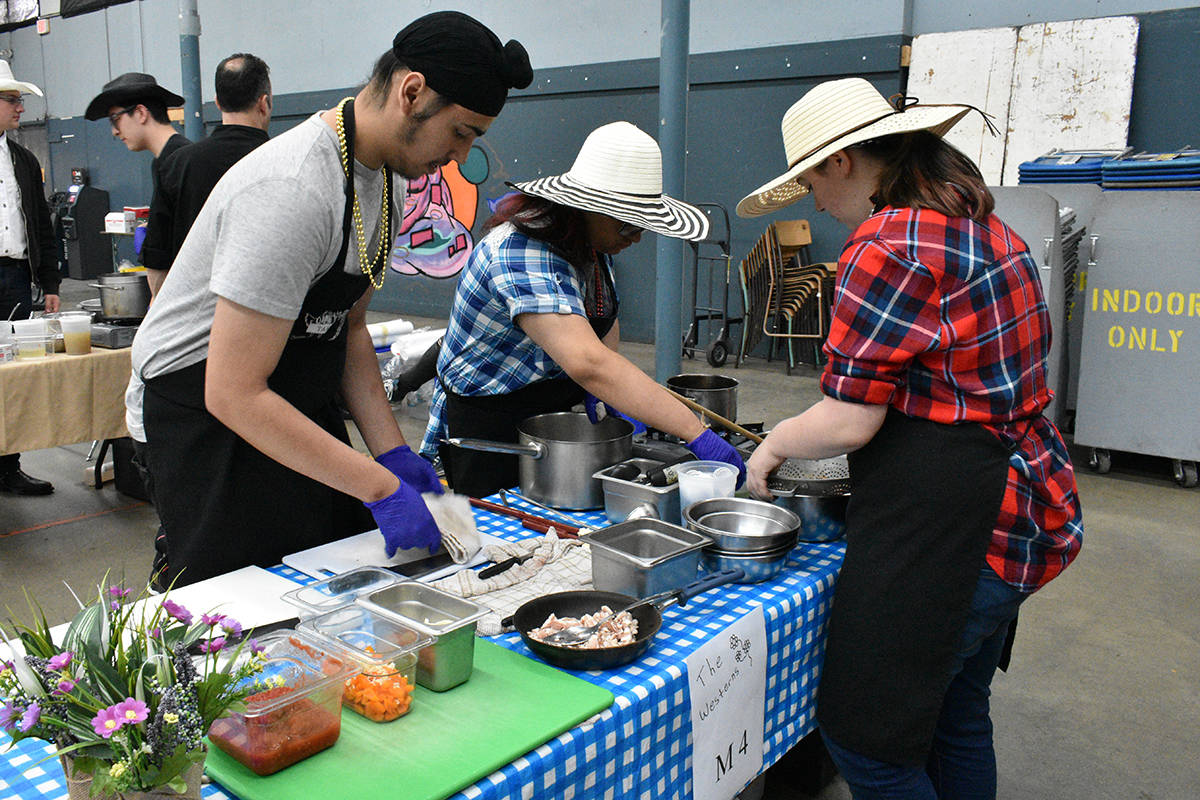 ‘My journey is not something to be ashamed of’