Three Kwantlen Polytechnic University students are blurring the lines between charity and business with their entrepreneurial start up that aims to provide 450 students in Delta, Surrey and Langley with school supplies this year.

“We kind of latched onto the idea of students helping students as a starting point,” Tyler Carmont, Cloverdale resident and co-founder, said. “And then it was, let’s see what the need is.”

The need, co-founder Matthew Wollin said, was for school supplies.

“We were really shocked and surprised when we started picking up the phone and calling elementary school principals,” Wollin said. “We got an idea of the scale of how many students in our communities here, especially in North Delta, are in a position of need.”

In total, the group identified 450 elementary school students in need of school supplies at the start of the year: 85 in Langley, 165 in Surrey, 155 in North Delta and 45 in South Delta. The students attend 25 different elementary schools spread across those communities.

That need is what spawned In-Need No-More.

“A lot of people look at school supplies and say, ‘It’s just school supplies. It’s colours, it’s crayons,’” Wollin said. “And I think really the more critical need that we’re filling is the anxiety, it’s the confidence, it’s the encouragement.”

In-Need No-More is an unusual small business, operating for profit, but with all of the founder’s wages being invested back into the company. After the operating expenses are covered, the rest of the money goes towards purchasing packages of school supplies for students.

“We realized that by being a for-profit business, we can start today, collect money and really have no operating or no start up costs,” Wollin said. “So that allows us to really efficiently deal with the process of getting supplies to students as quickly as possible.”

They’ve managed to do just that. About a week after the company’s official launch, the three students were able to deliver 202 packages of school supplies to 10 schools in the three communities.

The students are identified by the schools as needing supplies at the beginning of the year, but “the students basically remain anonymous throughout all of this,” Chad Nehring, one of the three men behind the business, said.

“There’s no obligations on them, they just accept the supplies and then that’s where it ends.”

Local businesses are the foundation of how those school supplies get to students. A business can decide to partner with In-Need No-More, spending $30 per package of school supplies for students in their area. In exchange, In-Need No-More will promote the business’ donations on social media, a tactic partner and local Realtor Randy Mann said will get more businesses involved.

“It’s a little competitive in our world as well,” Mann said. “When we see someone else helping out, we like to give back as well.”

The team plans to keep their company going until November, at which time they will reevaluate the format and structure of the company. By November, they’re hoping to get all 450 students the school supplies they’re lacking.

“This year, it’s just let’s learn as much as we can,” Nehring said.

“Let’s make something happen, figure out what works,” Carmont added.

Next year, the trio could potentially relaunch as a non-profit or charitable organization — they aren’t sure what the format will look like. But they are planning to get started earlier in September, to make sure every student is well supplied with sharpened pencils to take on the school year. 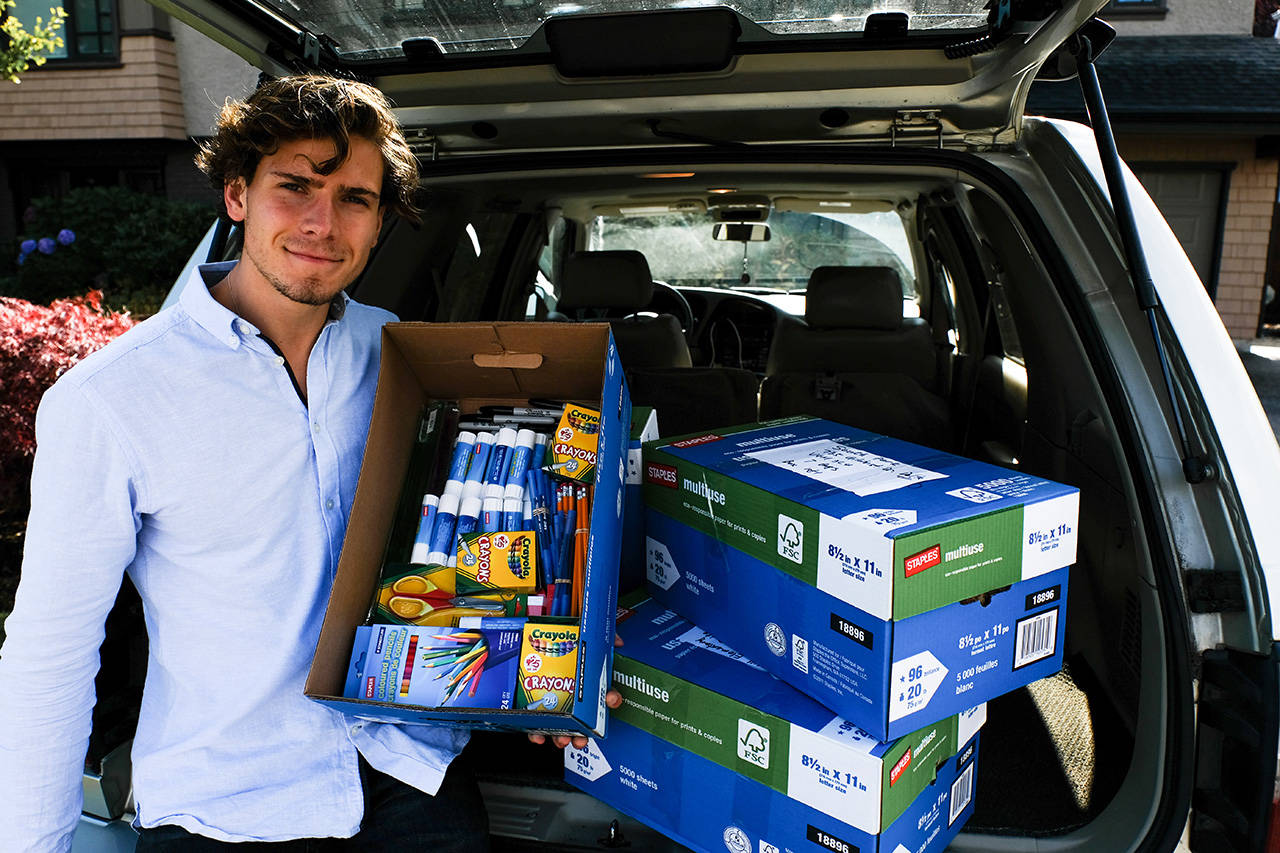 Langley’s 14th annual Diwali event a feast for the eyes, ears and mouth