Tropical storm Amanda made landfall in El Salvador on the weekend, with winds of up to 65 miles per hour. So far, 10 people have died. The June 1 storm was packing a lot of moisture and torrential rains on land are causing concerns about mudslides and flooding in the nation of 6.4 million people and its neighbouring countries of Central America. More than 900 homes have been damaged and at least 1,200 people have been left homeless.

Patricia Cruz, owner of Langley-based Angels There For You, was born in El Salvador and has started a campaign to help the struggling nation.

“I know we are in the middle of dealing with COVID-19. However, I feel we are so blessed,” she said about Canadians.

“Many of the most affected are seniors and children” Cruz added.

The local Senior Link Independent Living Society has partnered with Angels There for You Home Health Care have started a fundraising campaign called Aid for El Salvador and plan three projects to send help.

Most people in this nation work the land so the storm has not only impacted their homes but also the land and agricultural animals they rely on to survive, Cruz explained.

“We are calling the community to bring donations of basic items such as blankets, sheets, pillows, towels, diapers, household items, shoes, and rice, beans, oil, pasta, flour, noodles, sugar, can beans, soups, etc.,” Cruz said. “We are asking the community to help with funds to pay for the container.”

Donations of $25 or more qualify for a tax receipt. The aid will go to Comandos de Salvamento El Salvador (Salvation Army of El Salvador). Donations of goods or money can be dropped off at the Angels’ office, 5423 203rd St., during business hours. It is open Monday to Friday from 9 a.m. to 3 p.m. Or donate online. 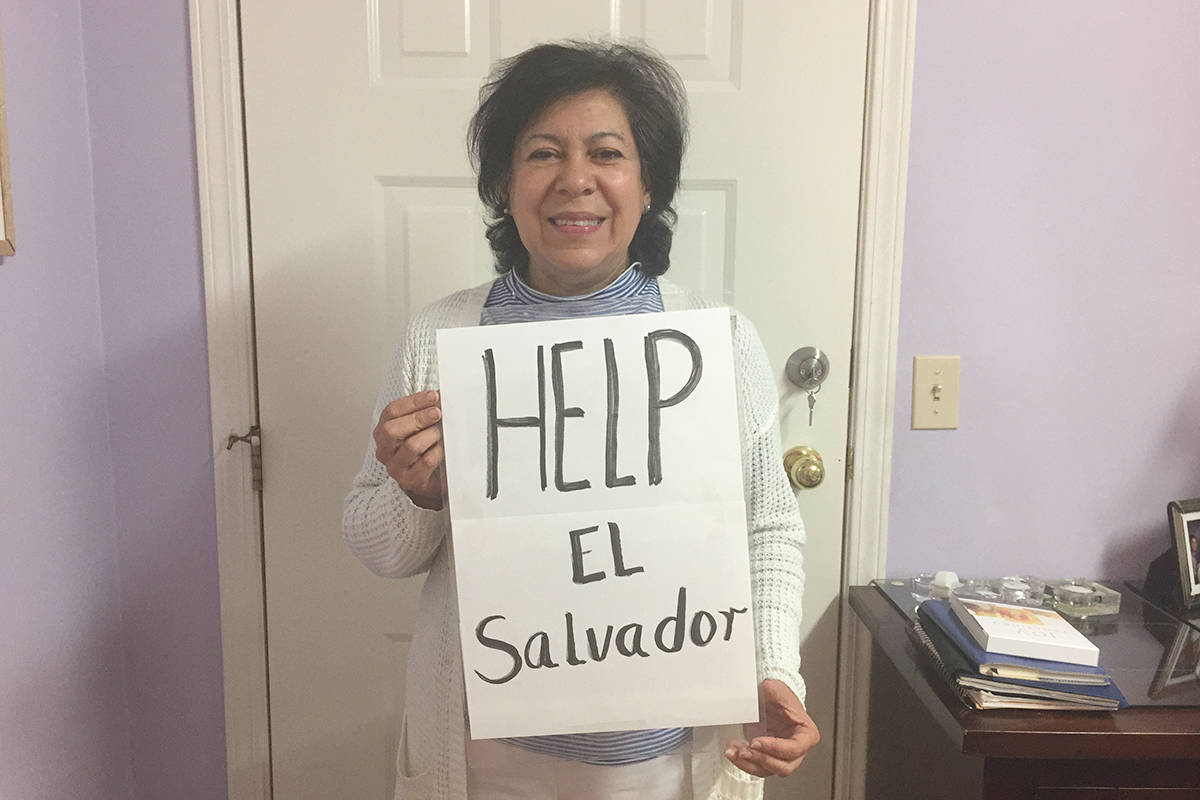 Patricia Cruz is accepting donations to help people in El Salvador. The country was devastated by a tropical storm in early June. (Patricia Cruz photo/Special to the Langley Advance Times)

VIDEO: Langley groups not willing to give up ALS fundraising walks