Al Froehler’s dress uniform isn’t complete until it includes a special gift from a child.

For Remembrance Day, the retired submariner got his poppy on his tam, his navy blue suit and the medals and commendations from his time in the military.

But amid the officialdom is a treasure.

“A young fella, about five years, about six years old gave that to me,” he points to a paper ribbon.

“…He says ‘thank you very much’. And I’ve been wearing it ever since and I’ll never take it off,” he said.

Froehler joined the Canadian military in 1958 and served 22 years, including 19 years in submarines. He was stationed in Victoria in anti-submarine warfare and now makes sure to attend Remembrance Day services to honour those no longer here and those still serving.

“I still have tears in my eyes when I think about all the things these guys, what my heroes did, for our country, for the best country in the world,” Froehler said at the Langley City services.

Langley City organizes a community Remembrance Day service because there is no local legion branch but the service continues to be popular with the public, attracting a large attendance and support from local veterans, politicians, youth groups, emergency services, and community groups. 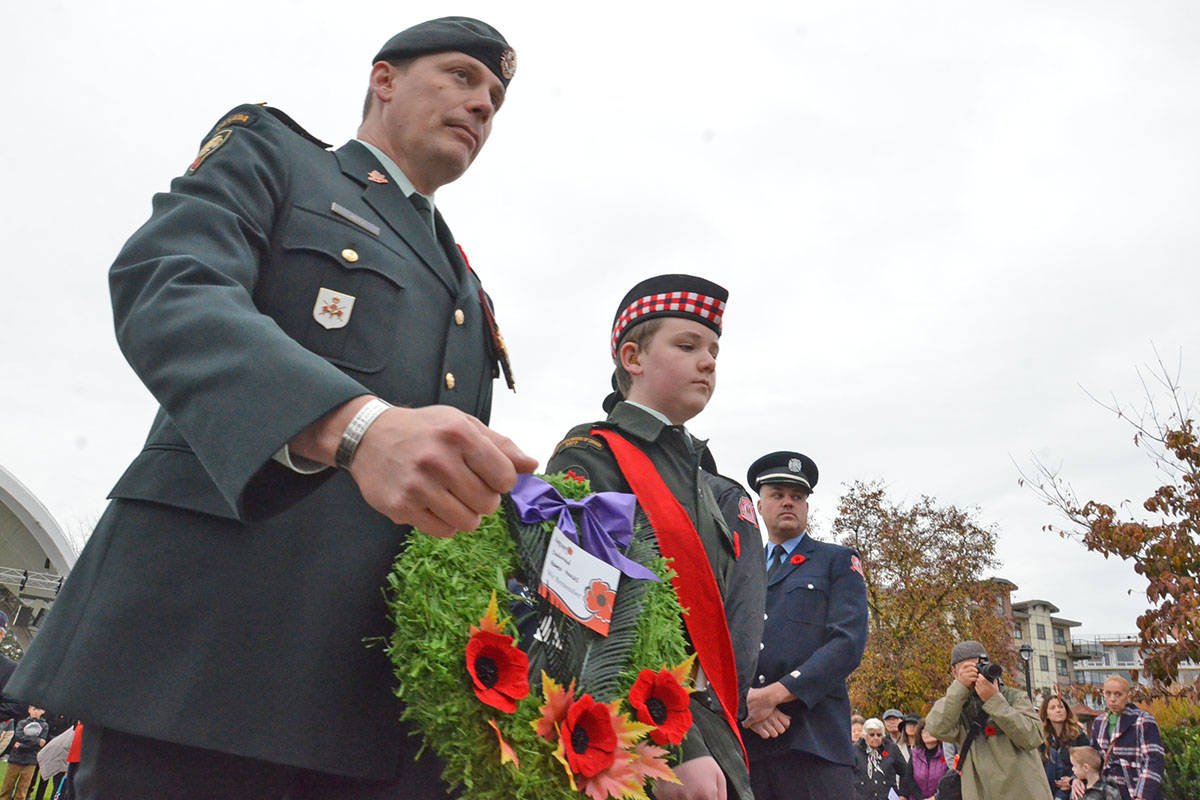 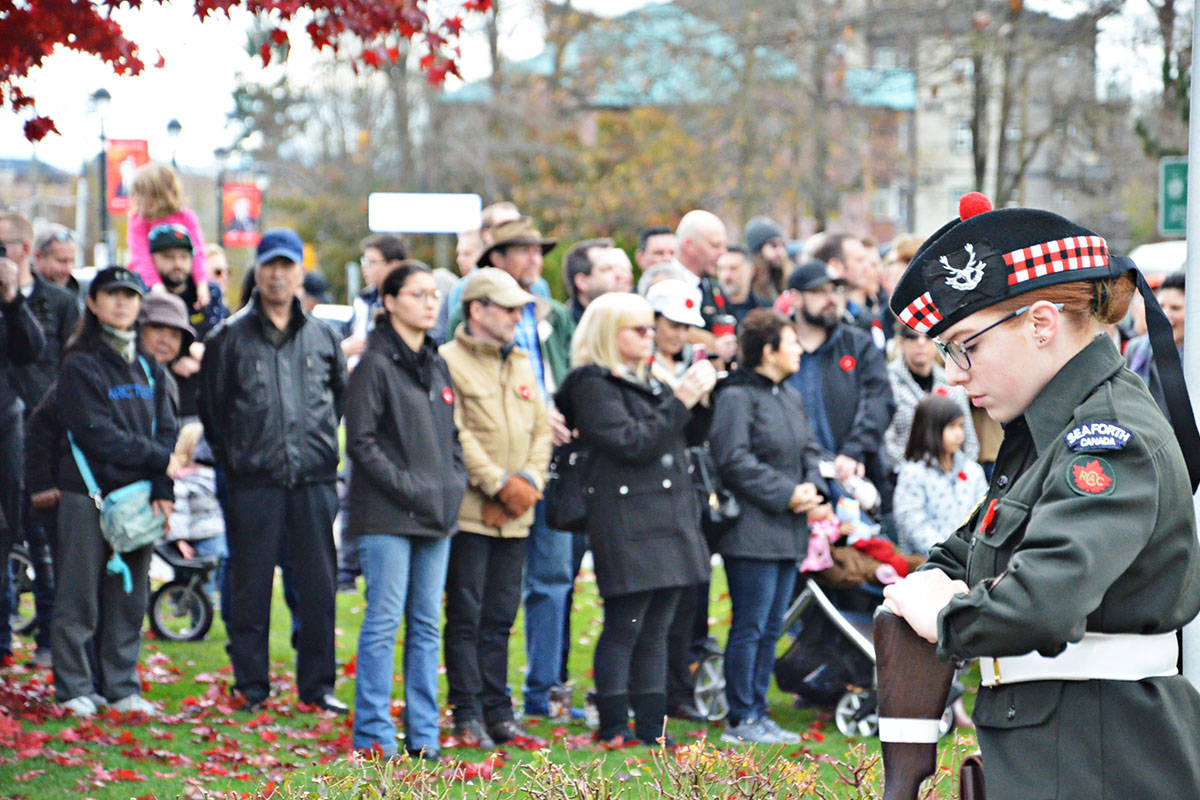 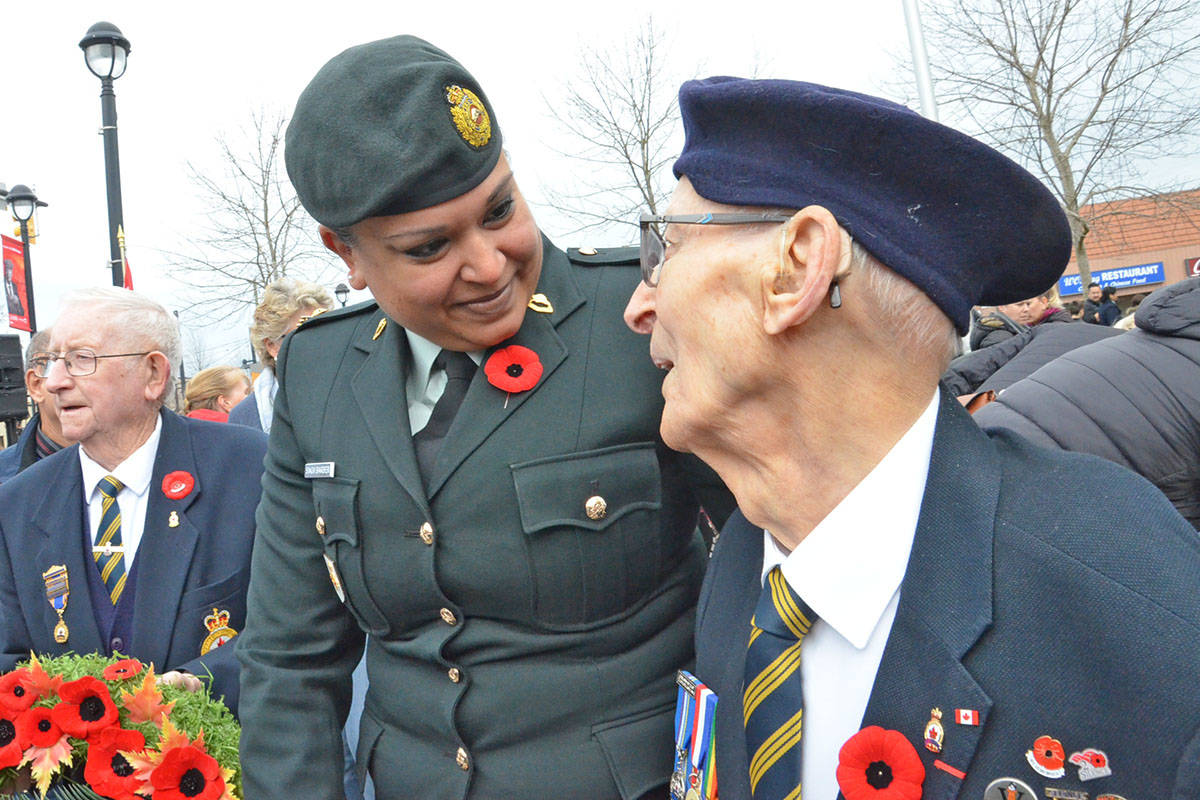 Pranita Singh Barber, a 2nd Lt. with the 39 Combat Engineers Regiment, is based in Chilliwack but lives in Langley and attended services in Langley City where she thanked veteran John Swityk for “my freedom”. (Heather Colpitts/Langley Advance Times. 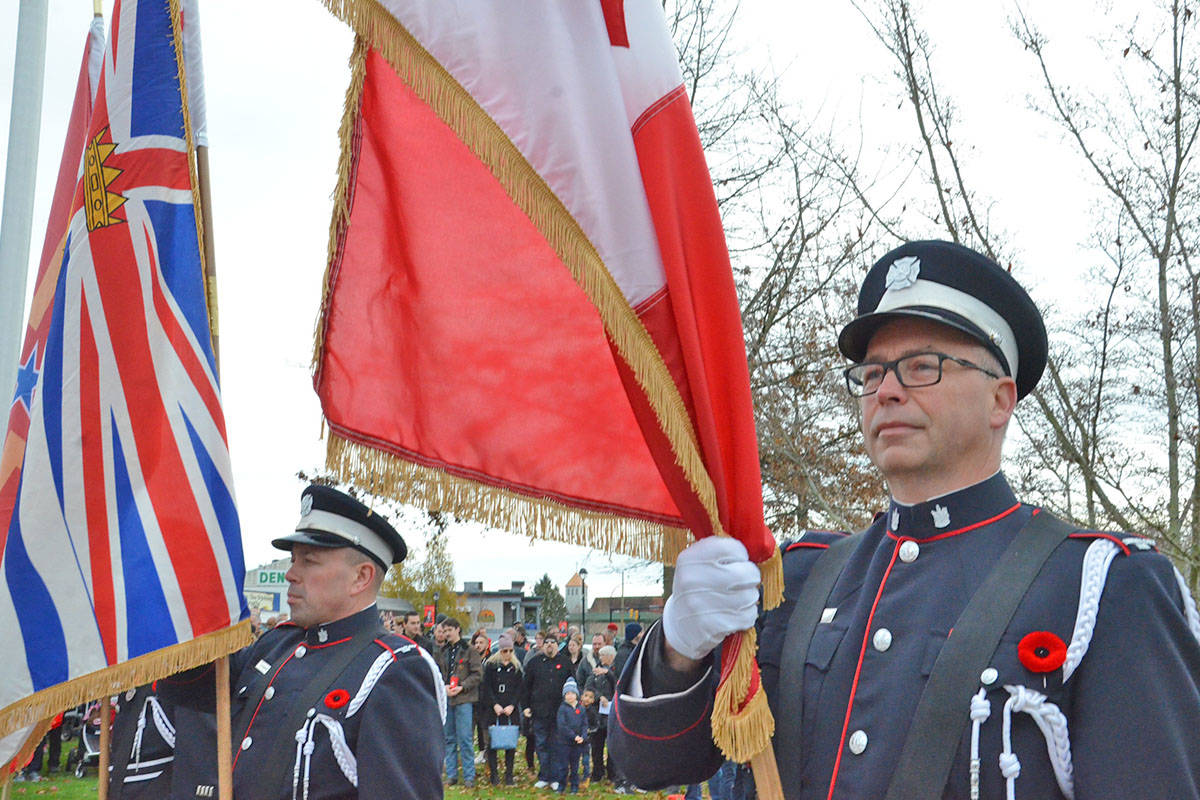 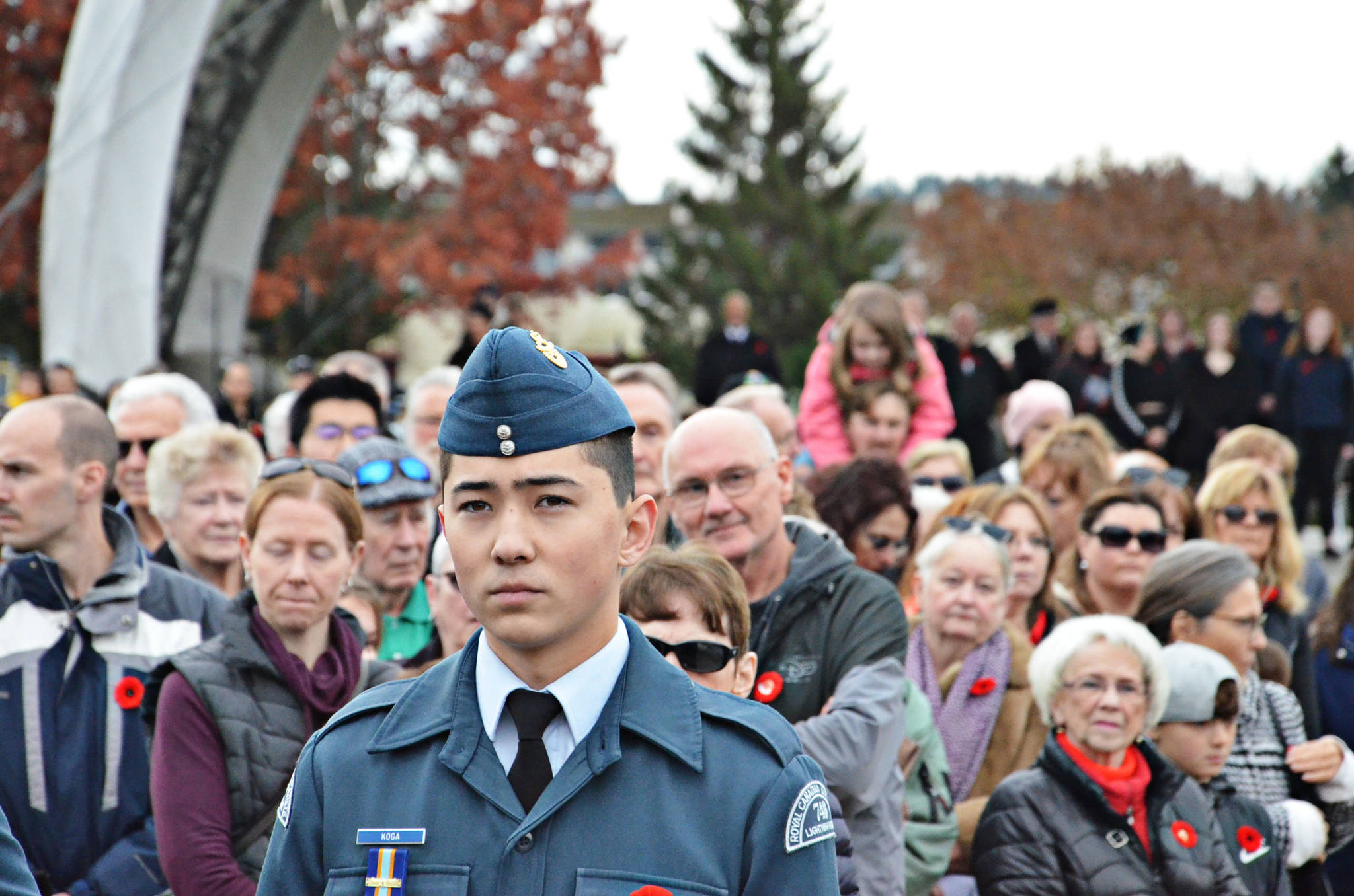 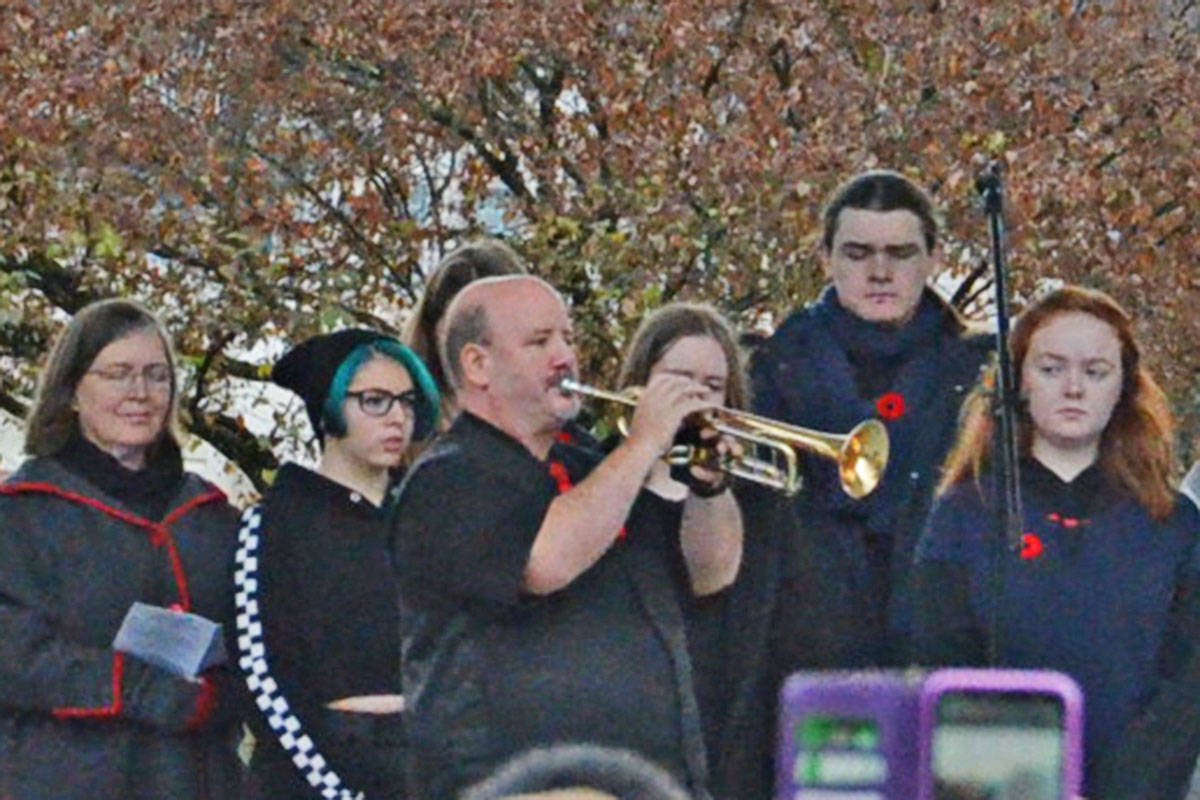 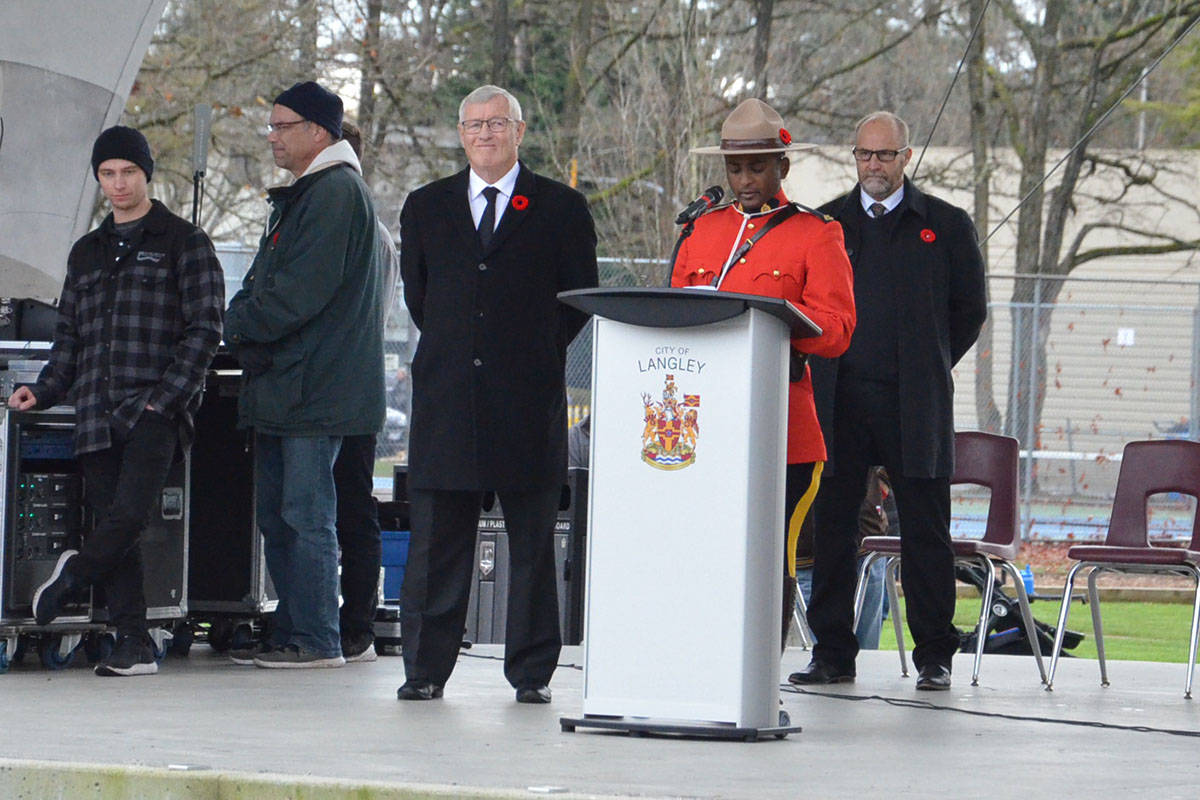 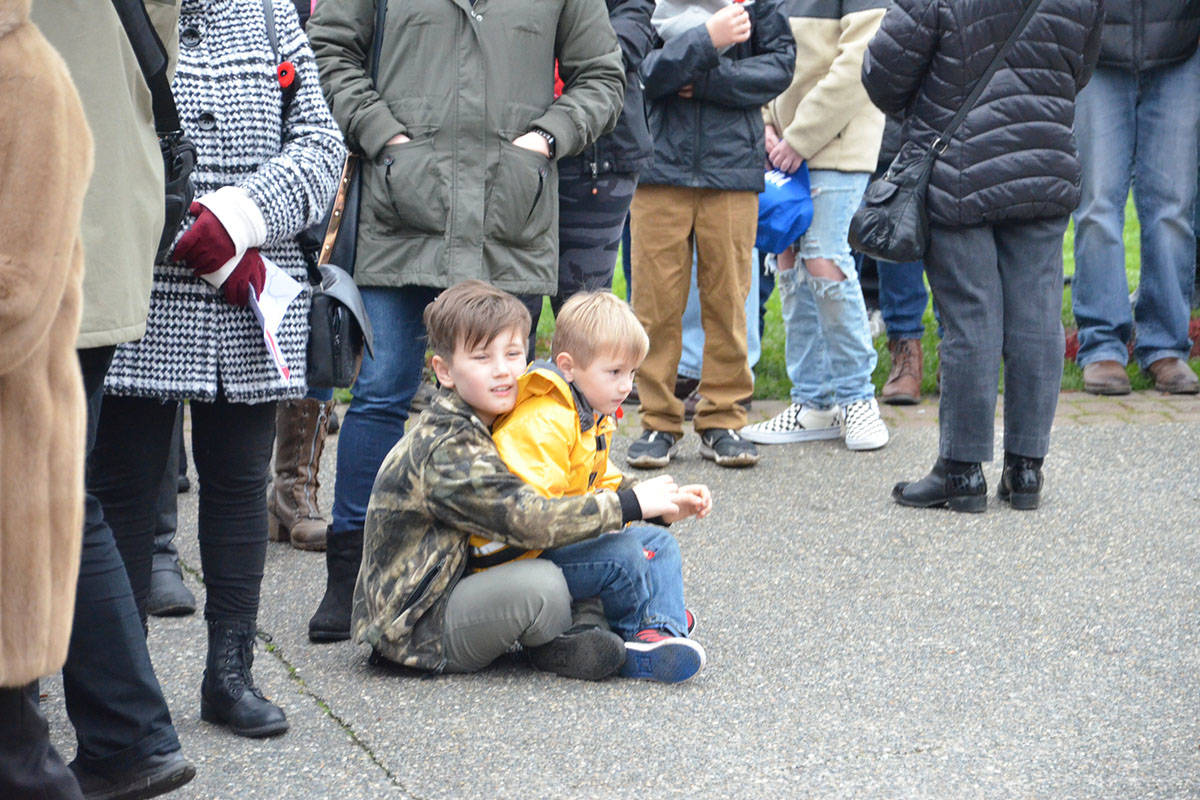 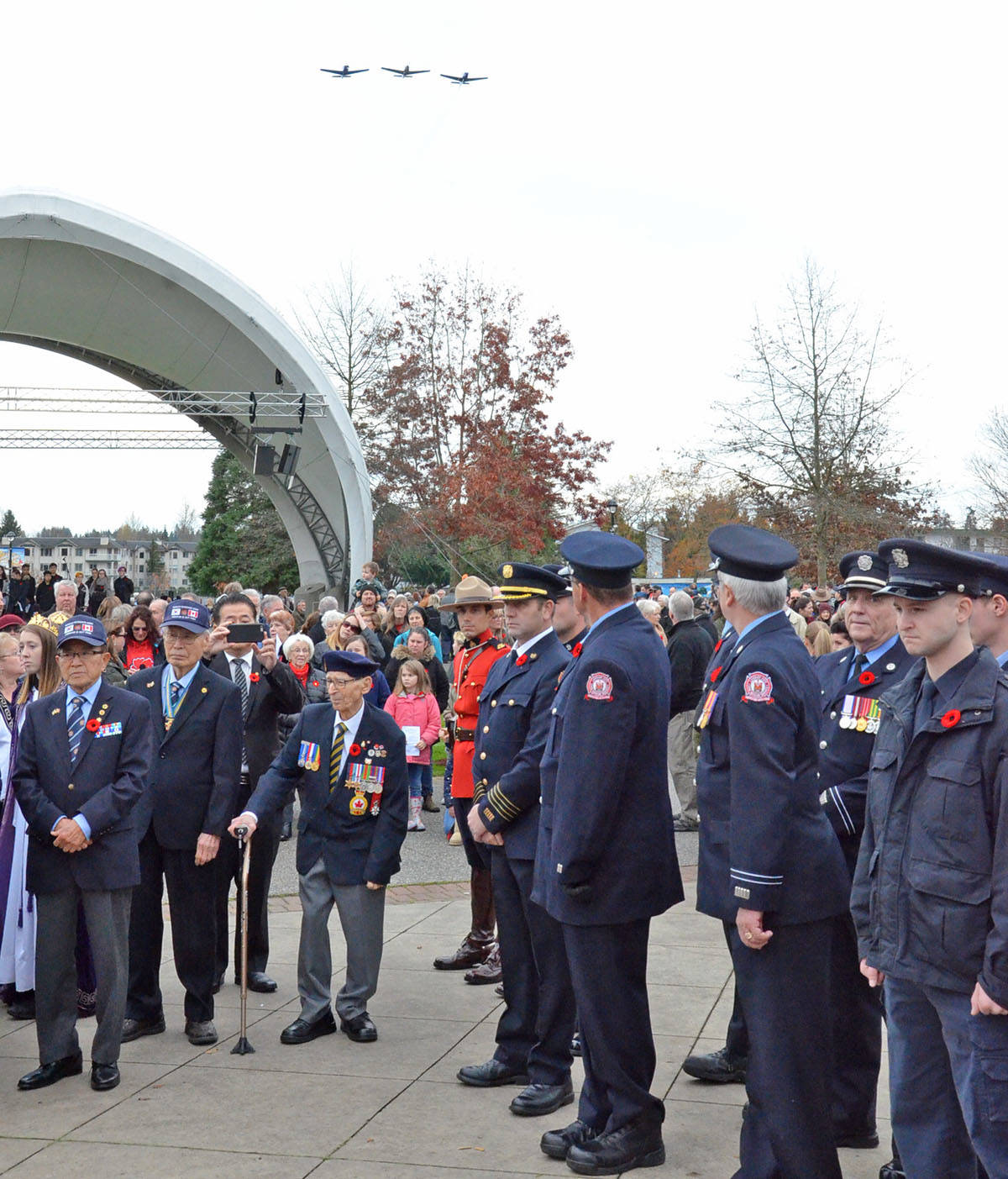 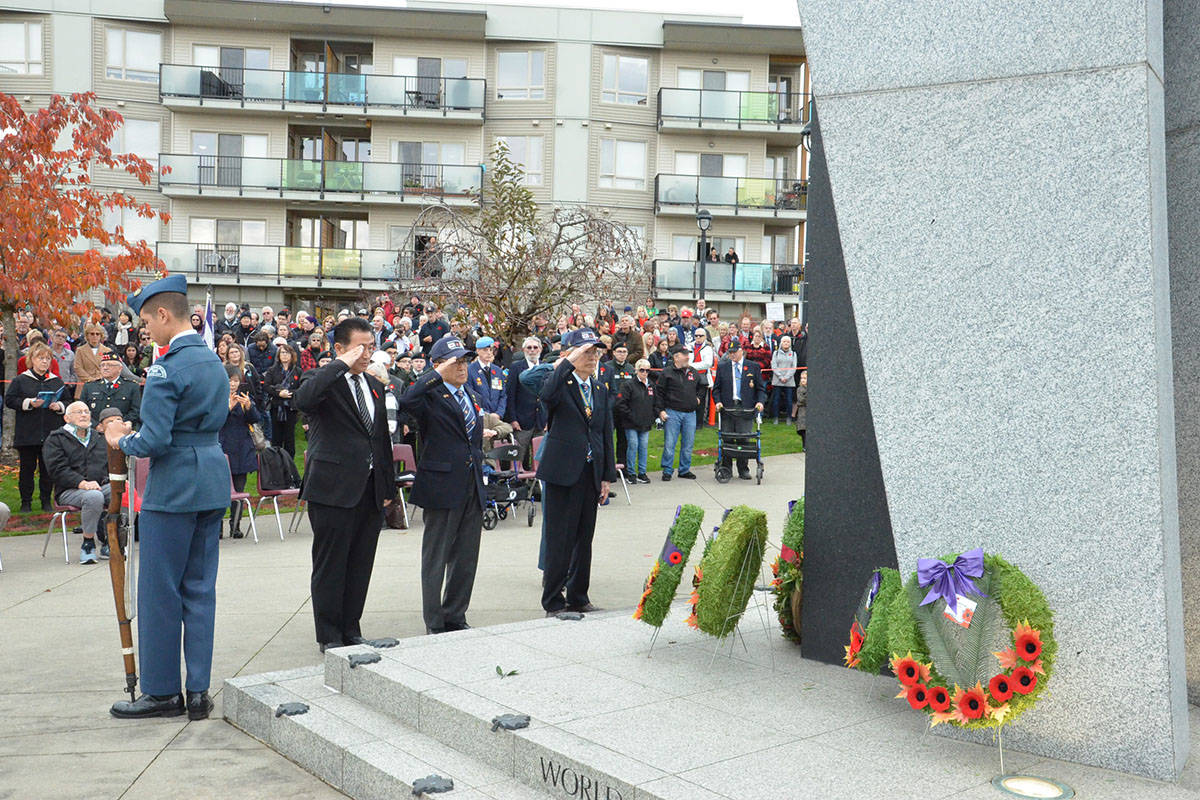 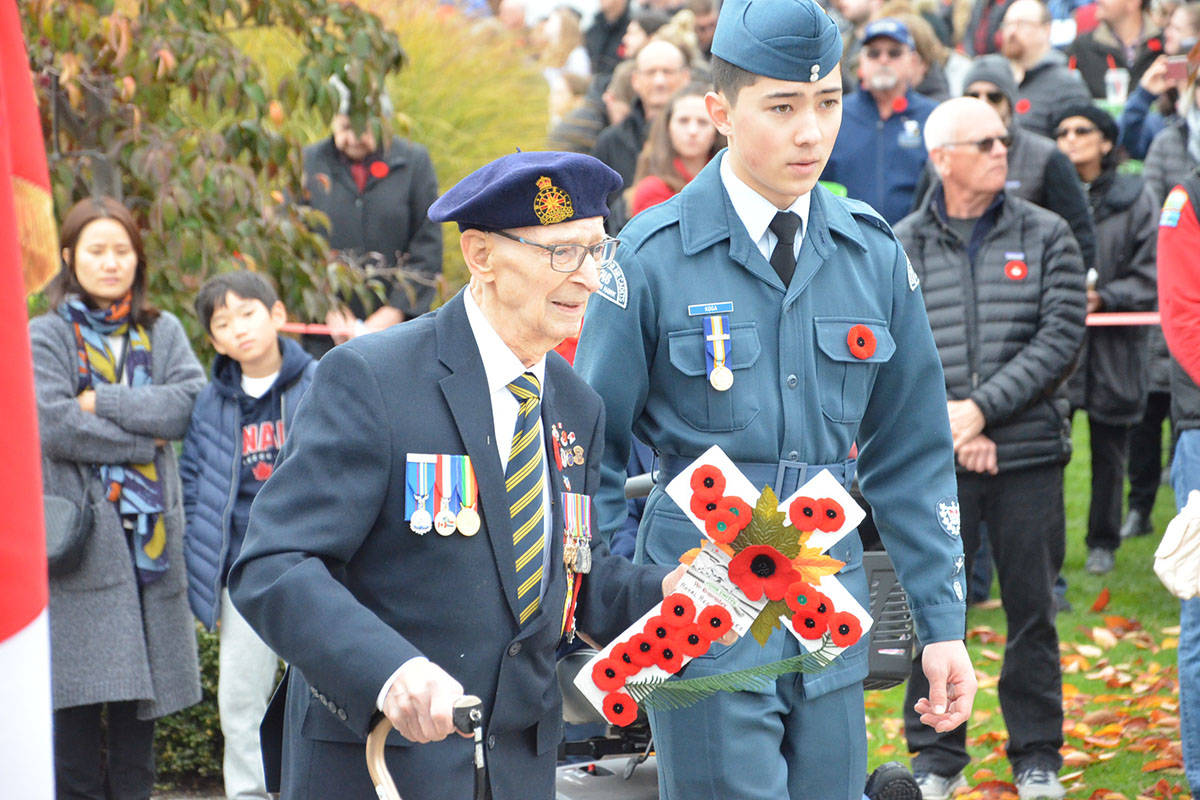 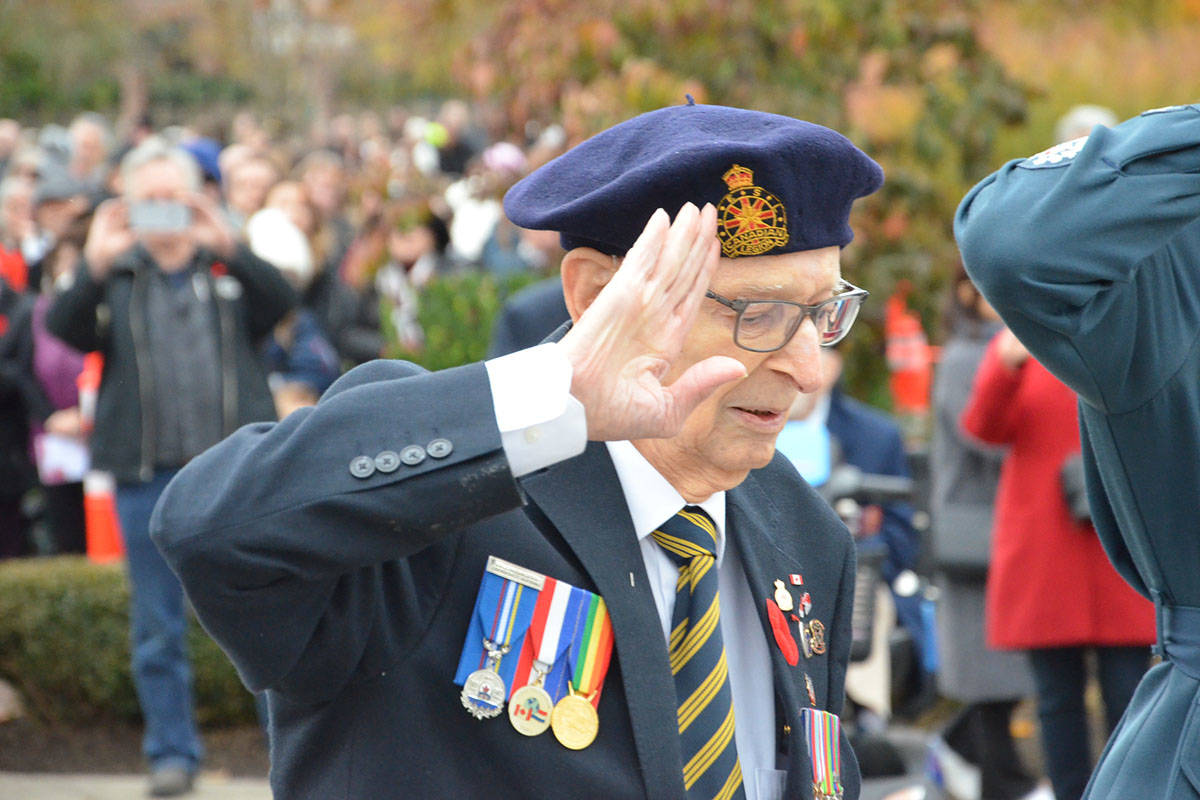 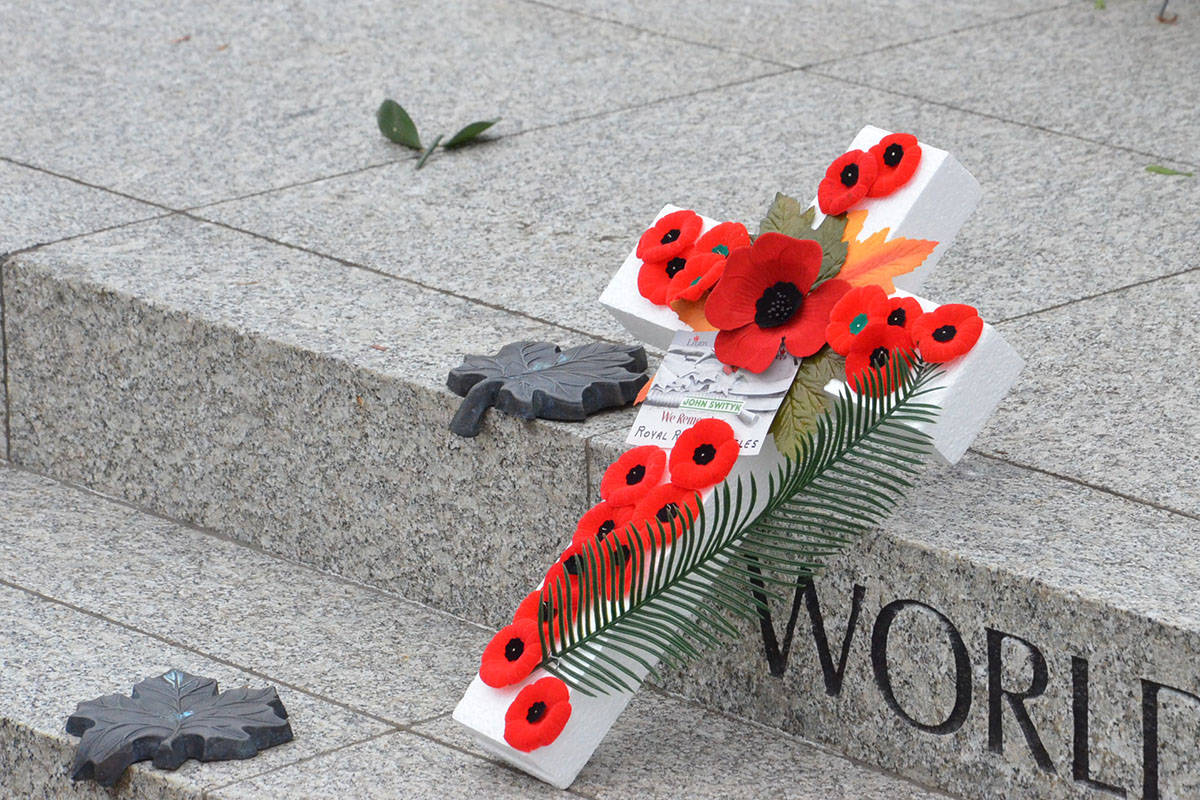 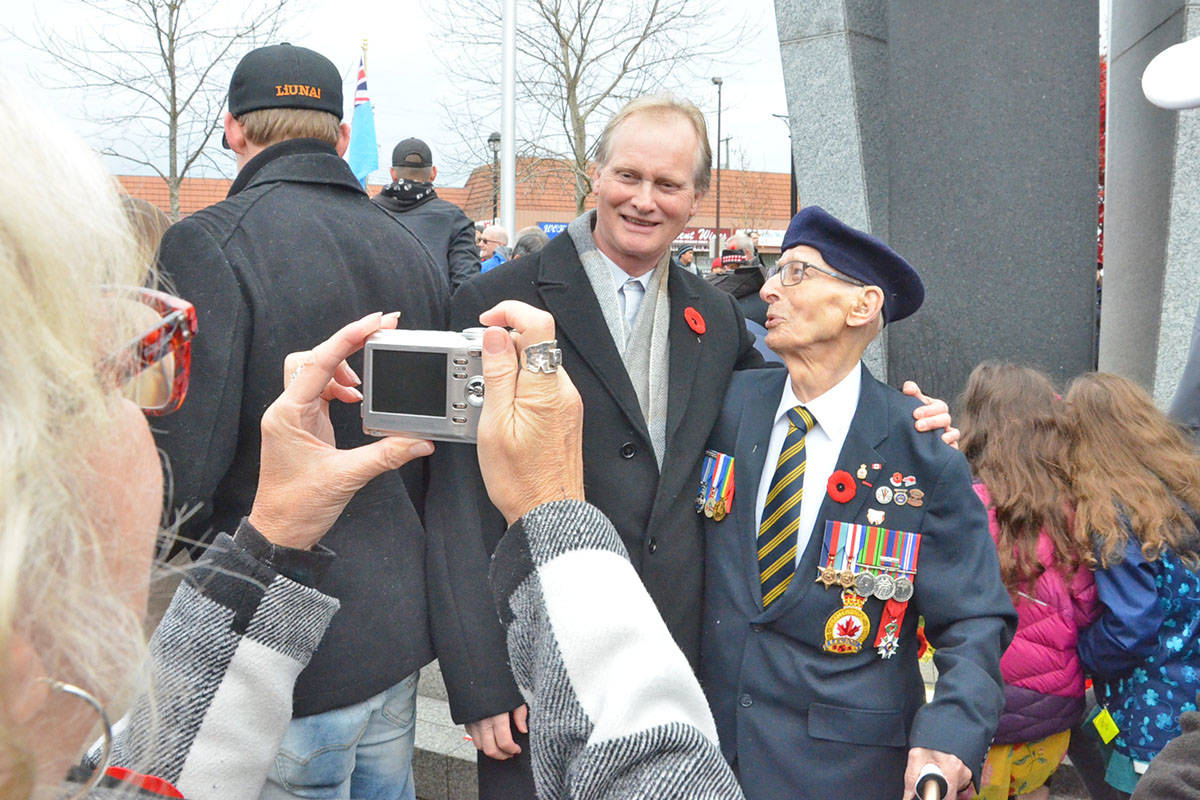 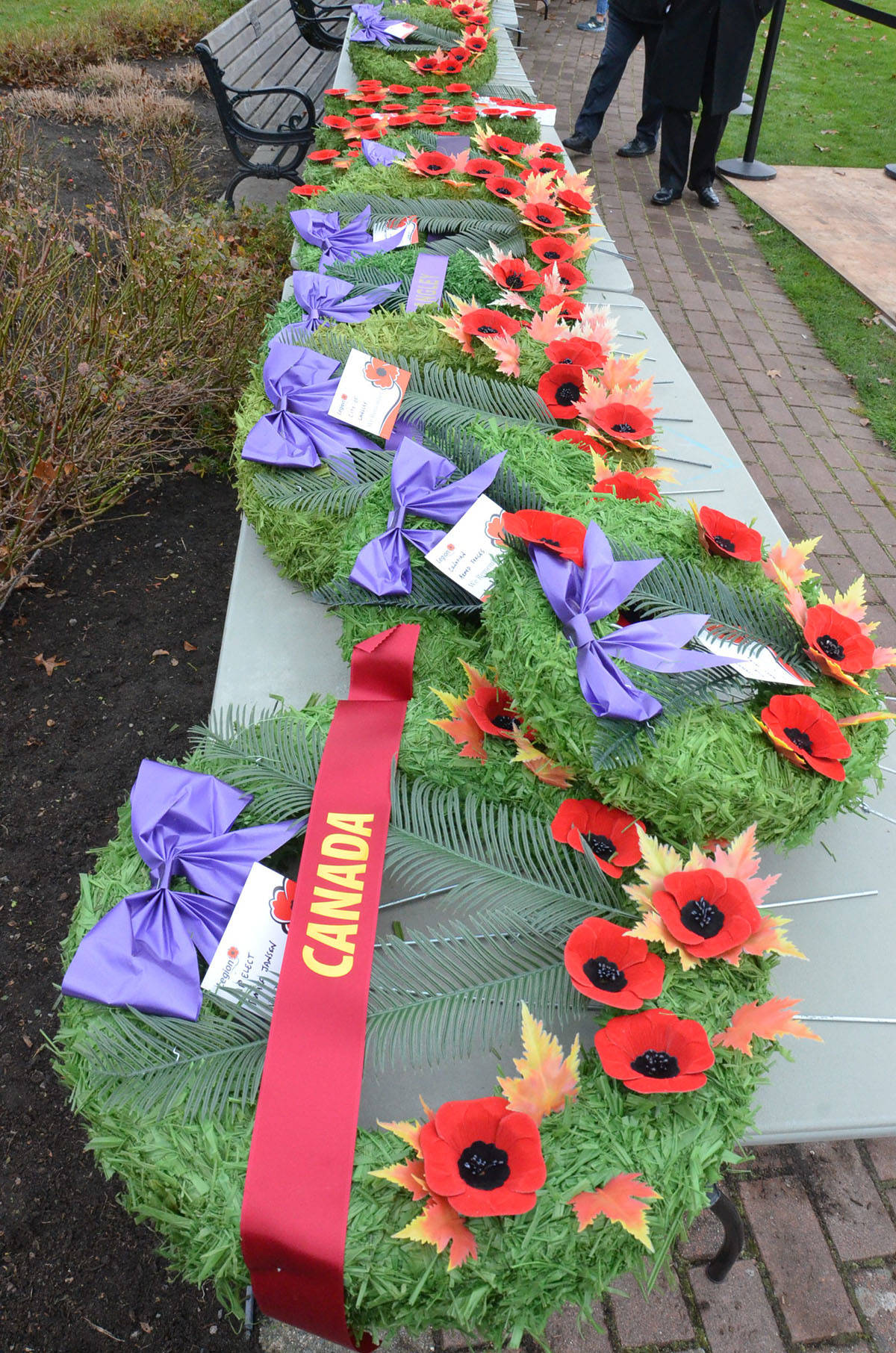 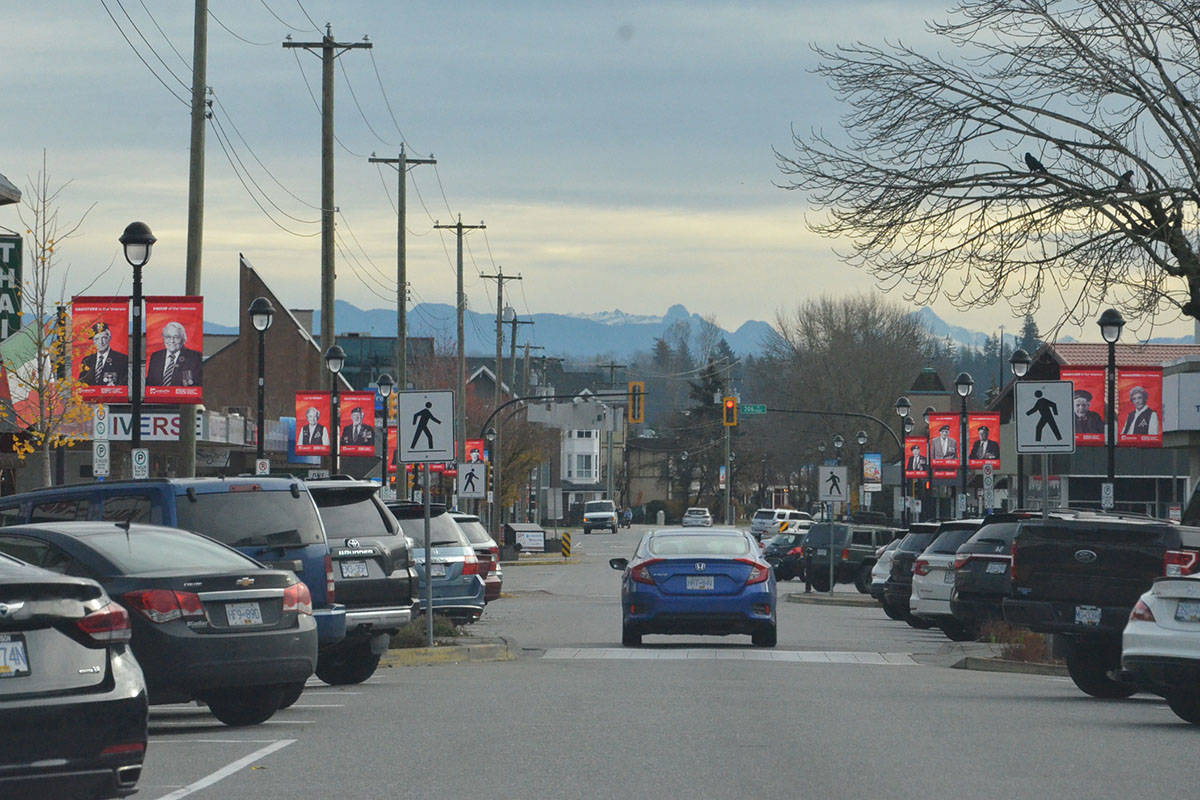 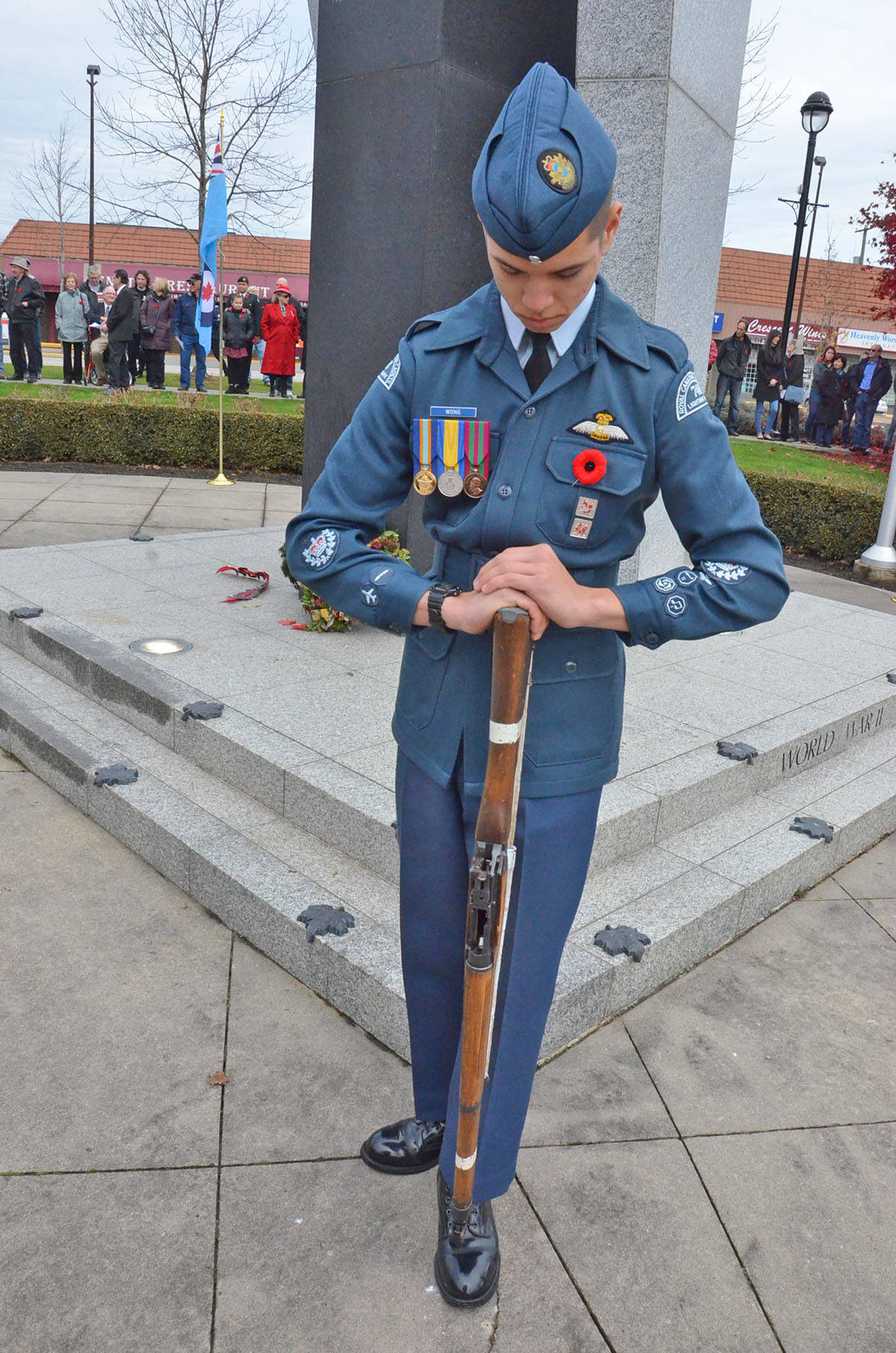 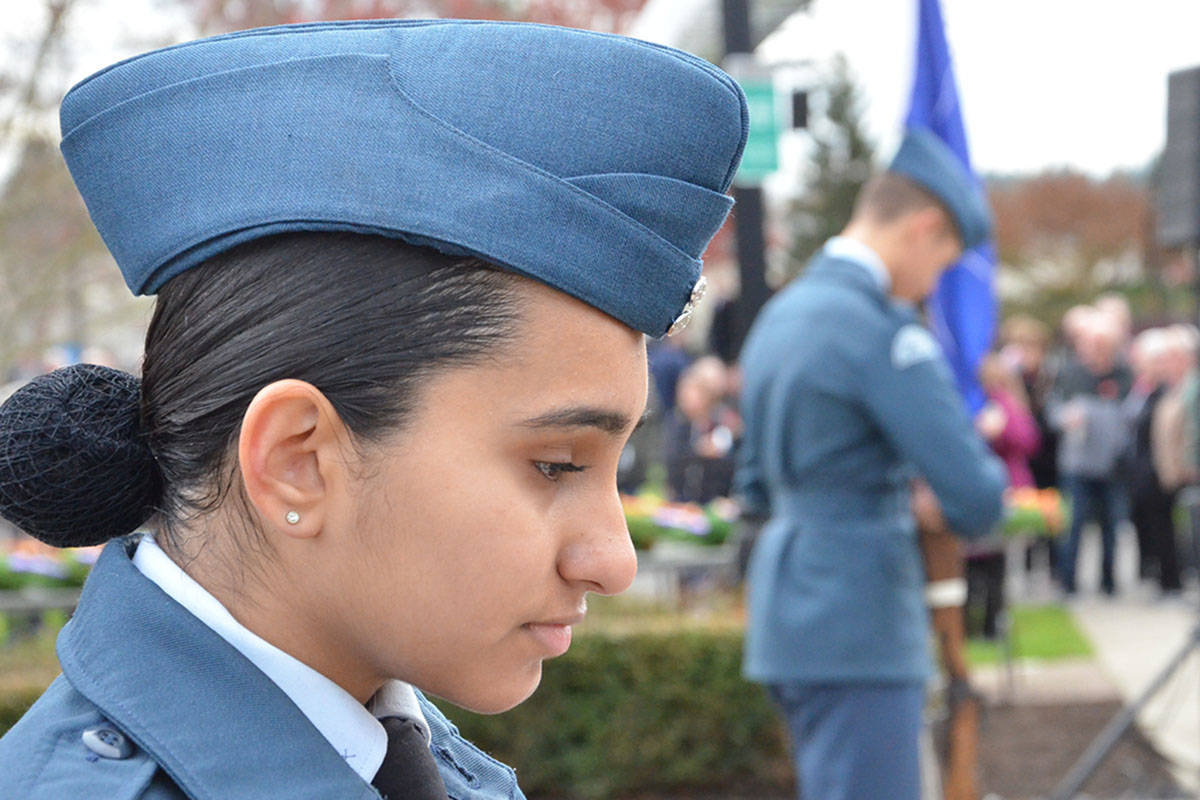 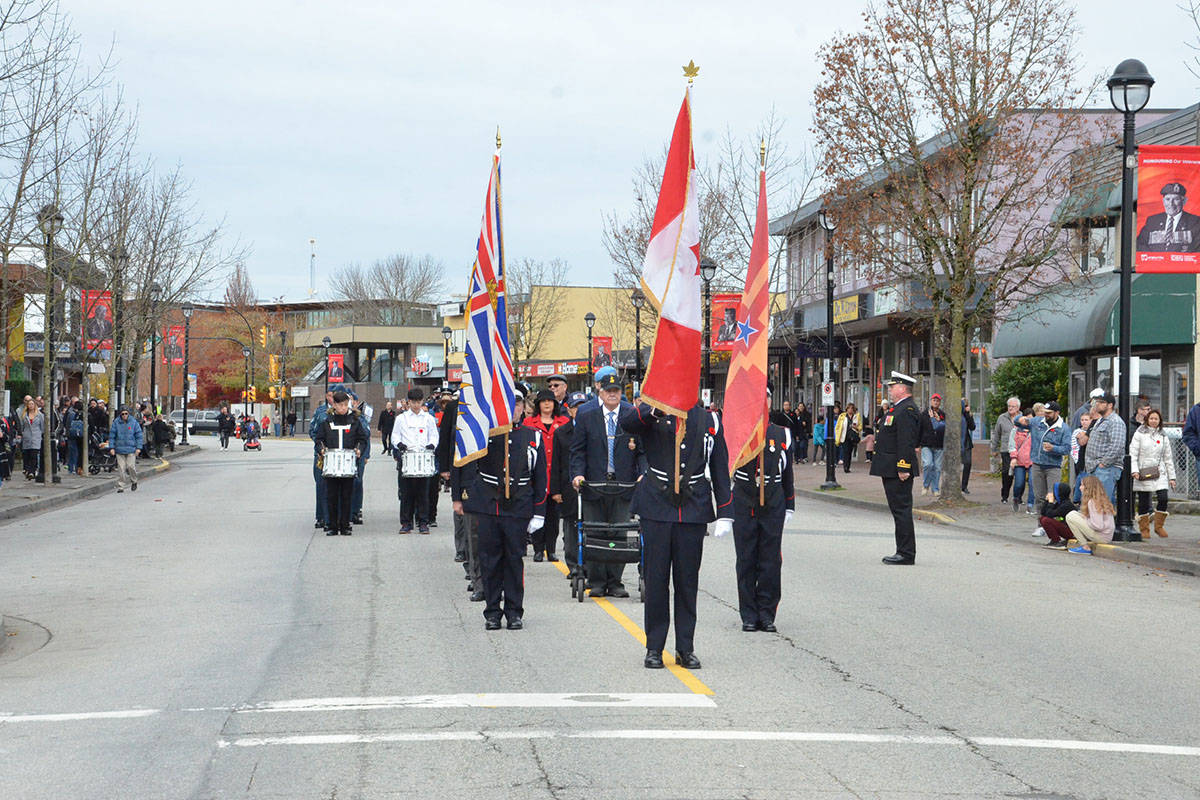 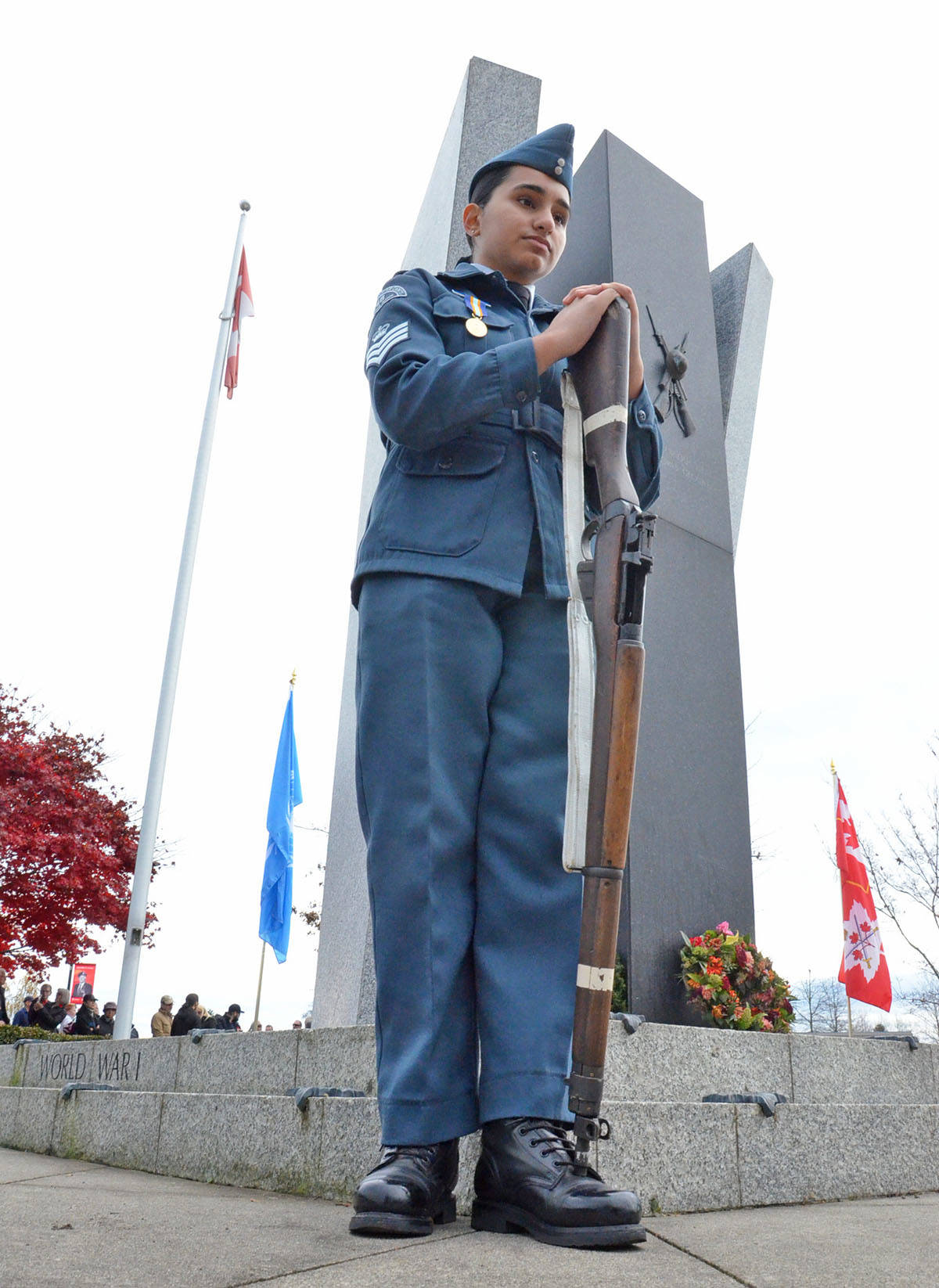 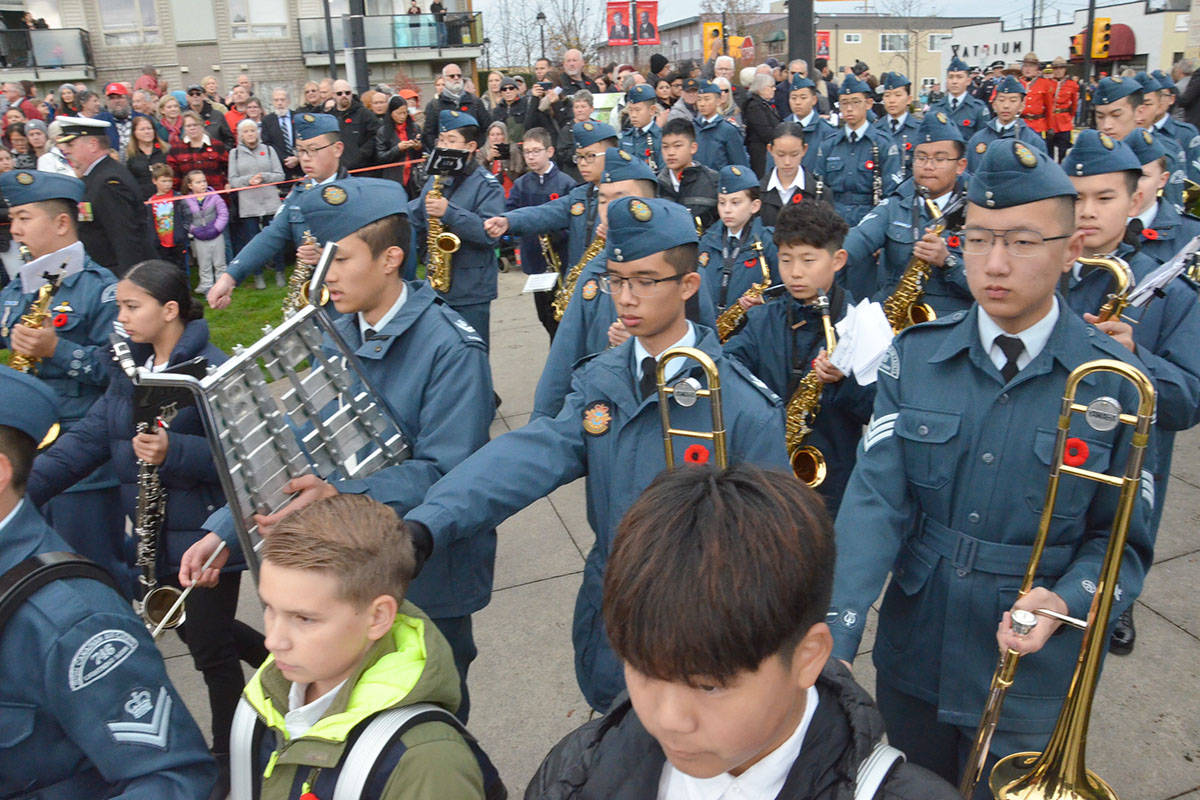 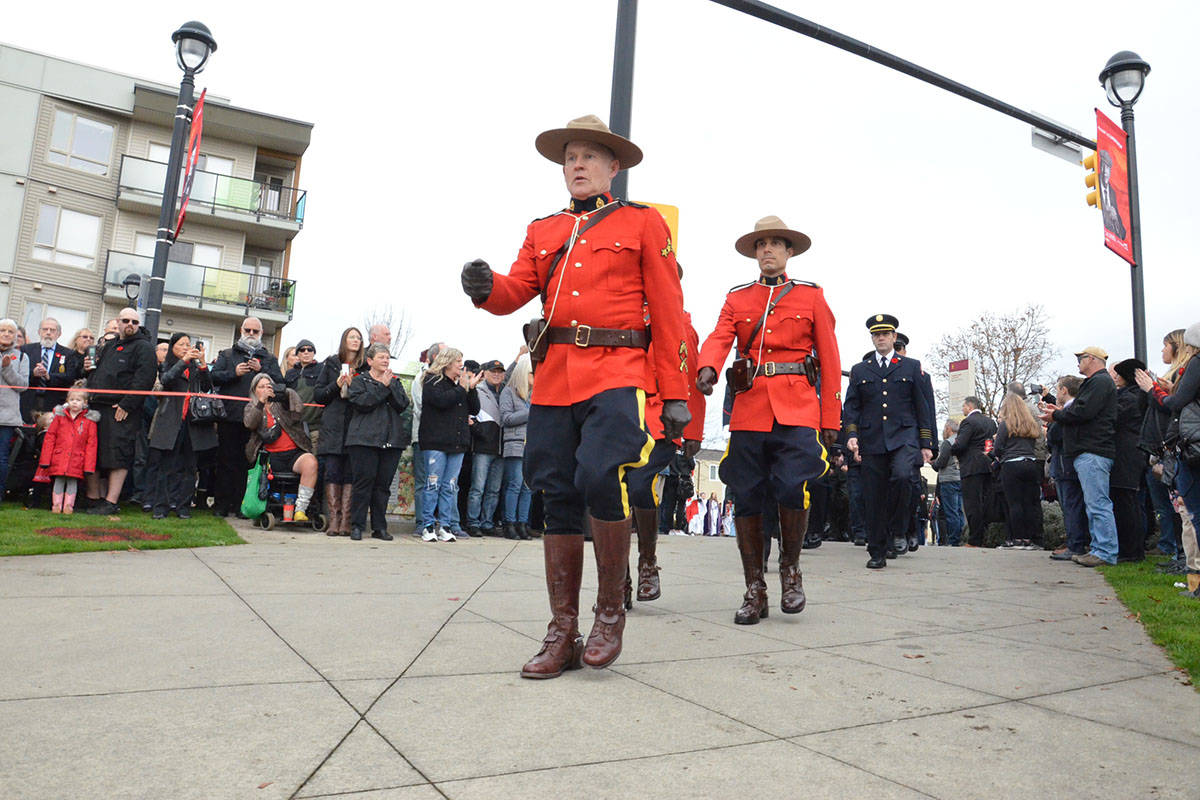 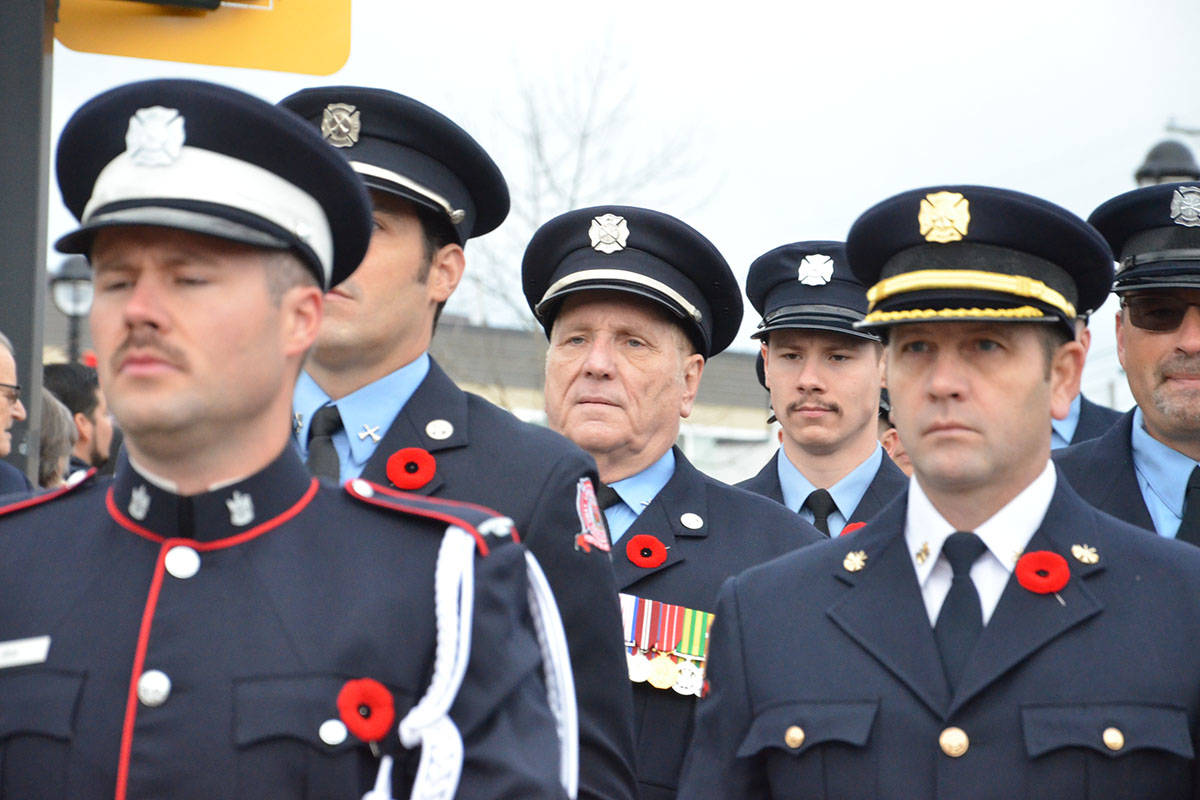 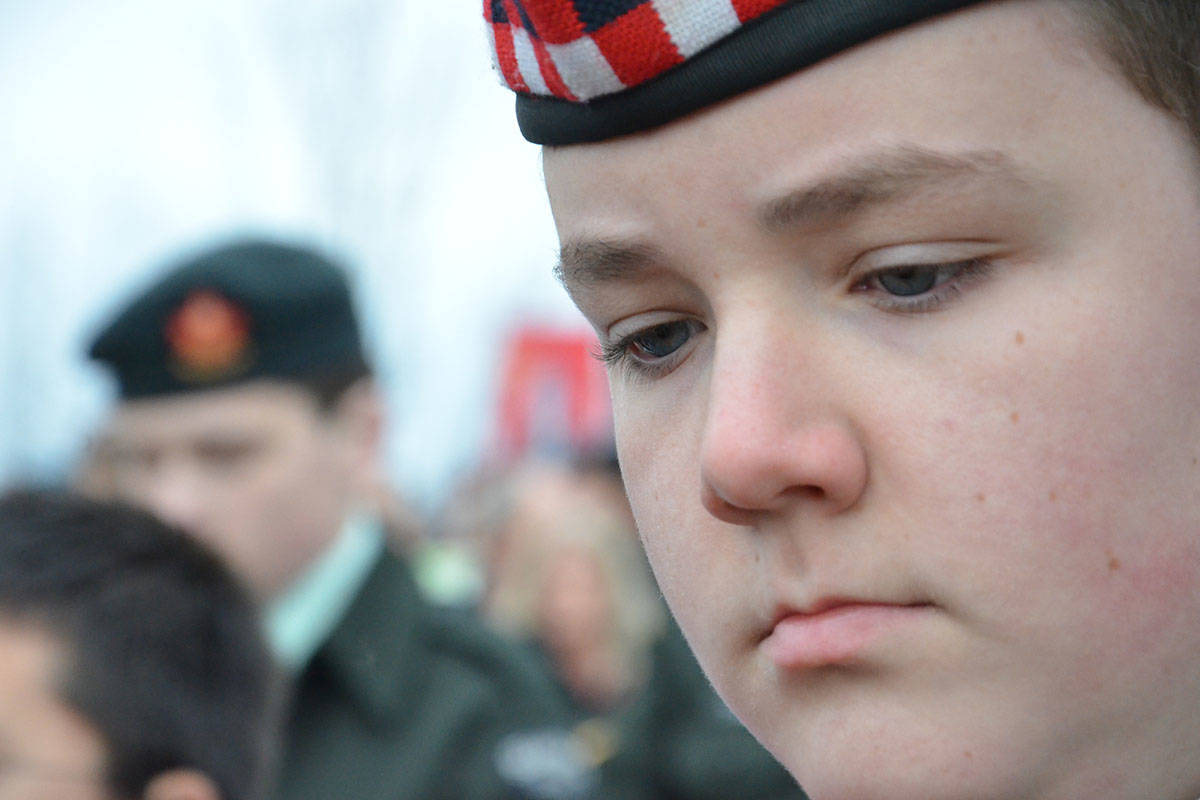 Langley veterans and families grateful for the gift