This was a replacement building for the Aldergrove post office and was constructed in 1950. This photo was taken in 1951.

Inscribed on the back of the photo: “August, 1951 / This is what we built in 1950. The same “P.O.” sign is hanging in this window. Margaret and Belle are standing in front. Our garage is seen in the rear. There was a fire next door which accounts for the rubbish. We use 3/4 of second floor for a dwelling. Our kitchen is in same corner as the chimney.” It’s signed George McDonald. 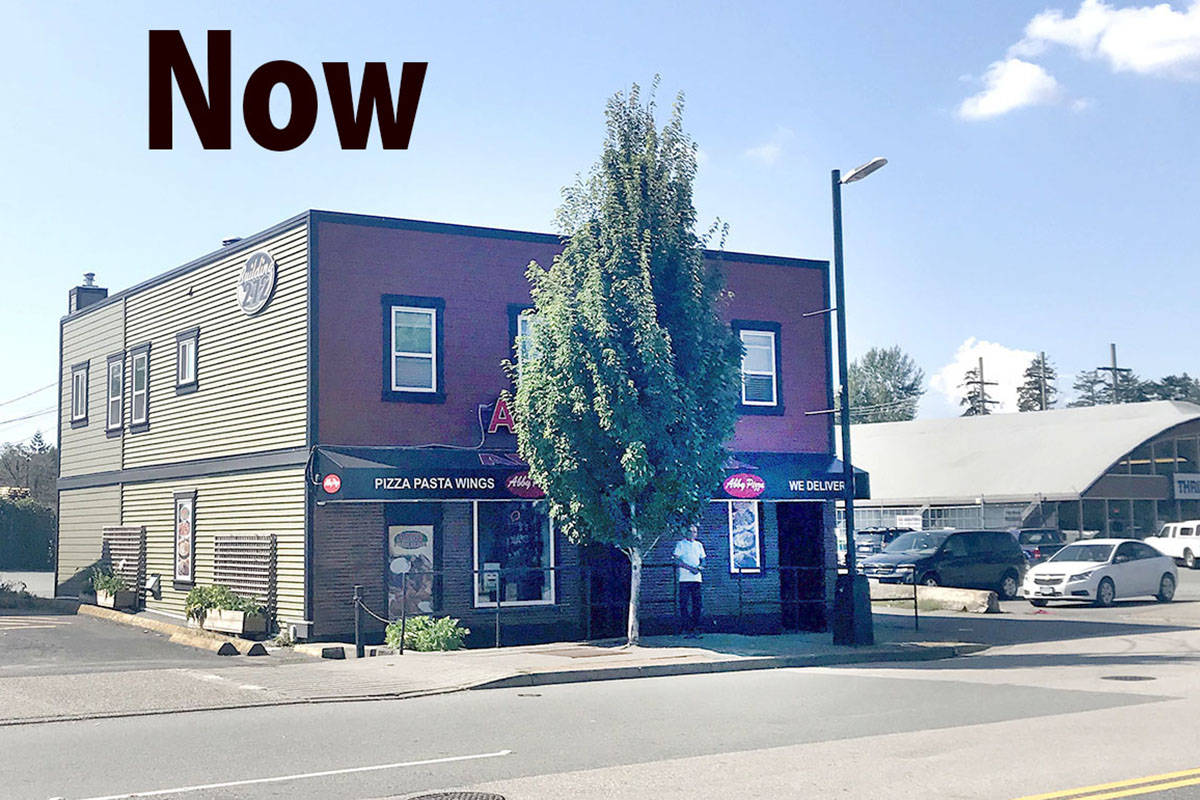 VIDEO: Bubblemania in the burbs