In decades past, getting an aerial photo in a community was a big deal. Pilots used to sell aerials, a popular purchase with farmers. The Langley Centennial Museum collection includes an aerial photo of Fort Langley from 1983. 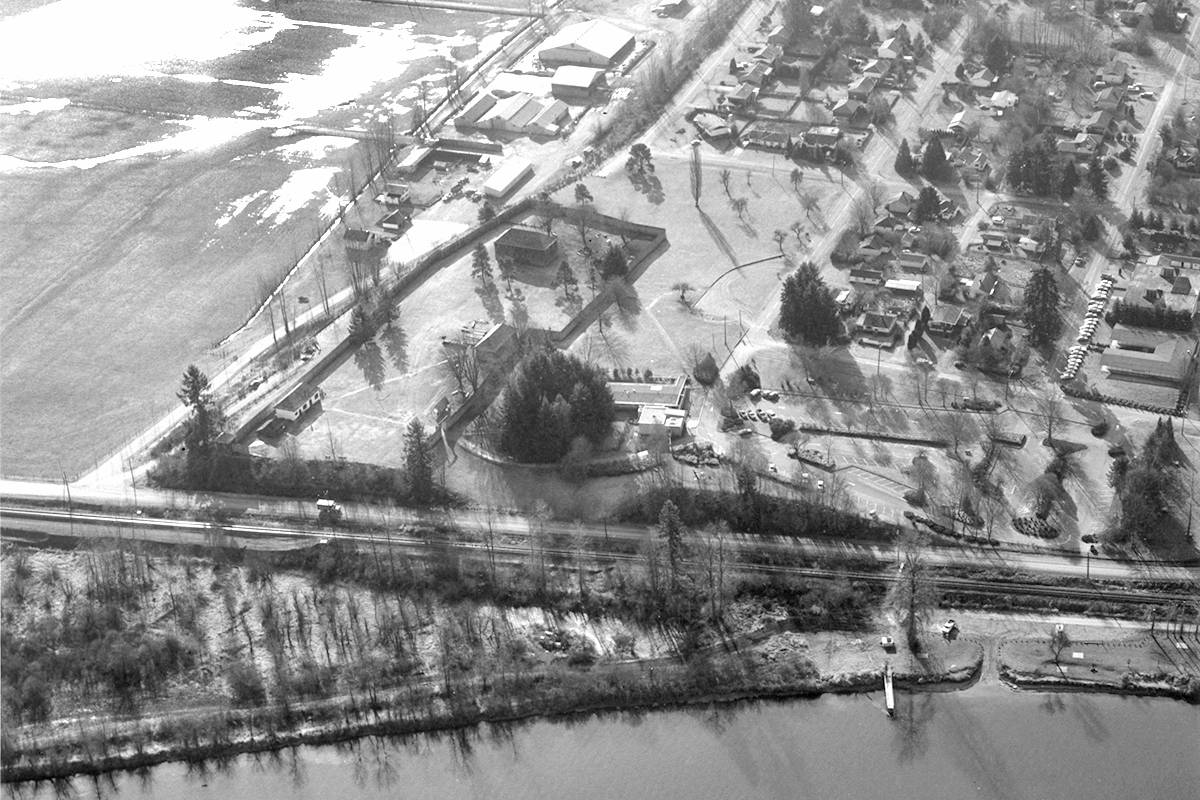 This is how Fort Langley looked from above in 1983. The Fort Langley National Historic Site can be seen on the left. (Langley Centennial Museum photo collection)