The HBC storehouse is now at the Fort Langley National Historic Site but it was originally at the former HBC fort site at Derby Reach (current site of the park). In the 1920s, interest turned to preserving the fort and it was formally recognized by the federal Historic Sites and Monuments Board. The board urged local residents to raise money and they purchased three acres of the fur trading post lands, including the storehouse, in 1924. From 1931 ot 1958, the Native Sons of B.C. operated a museum in the storehouse. Preservation and restoration of the trading post began in earnest around the time of the 1958 B.C. centennial.

• One of Langley’s best known citizens, Dr. Benjamin Marr, passed away. The doctor moved to Langley in 1907 and was the district’s first medical health officer.

• The new management team of George Johnson, Jim Schatz, and Fred Cox assumed control of the Langley Advance, then in its 19th year of publication.

• Street-lighting had been discussed by the Langley Board of Trade, without reaching a conclusion. President E.E. Sendall suggested turning off all neon signs and other lighting for a few nights, “just to let rural residents see what it looks like.”

• A new firehall was opened in Aldergrove.

• Thieves stole about $103 worth of cigarettes from the Legion’s cigarette machine over the Thanksgiving weekend. The juke box was also hit.

• A computer error that printed expenses at Langley City Hall in excess of the 1978 budget, fueling critic’s pens.

• News of $150 rent increases at the Riverside Gardens townhouse project resulted from a computer error at the Gardens. Actual increases on $475/month units were expected to be $70 to $75.

• A Brookswood resident, fed up with litter on his front yard, threatened to bill the municipality and the school board for the time it took him to clean it up.

• Highways Minister Harry Lali came to Langley with a long-anticipated promise that the 200th Street freeway interchange would be rebuilt.

• Marlene Grinnell was re-elected by acclamation in Langley City, and City school trustee Dave Hall and newcomer Alison McVeigh were also spared the costs of an election campaign, as they too, were uncontested.

• Lawyers for Gregory Thomas, a close affiliate of Township Mayor John Scholtens, served Township Councillor and mayoralty candidate Heather McMullan with a writ of summons, asking for an injunction against her talking any further about allegations she had made against him. Thomas was also seeking punitive damages and court costs.

• Meanwhile, Councillor McMullan was under fire over a telephone conversation between herself and Dean Drysdale, before his own election to Township council, concerning a letter she had sent to his employer, questioning his ethics. Drysdale had recorded the conversation, and responding to McMullan’s charge that the tape had been “doctored,” offered to play the recording publicly. The Langley Advance also published a transcript of the entire recording, which included McMullan bragging about “harassing” nine political opponents.

• Langley physiotherapists joined colleagues across B.C. in opting out of the Medical Services Plan, which meant that their clients would have to pay their own bills, without government help.

• There were 20,541 students in Langley schools, up 1.4 per cent from the previous year, but less than had been expected. 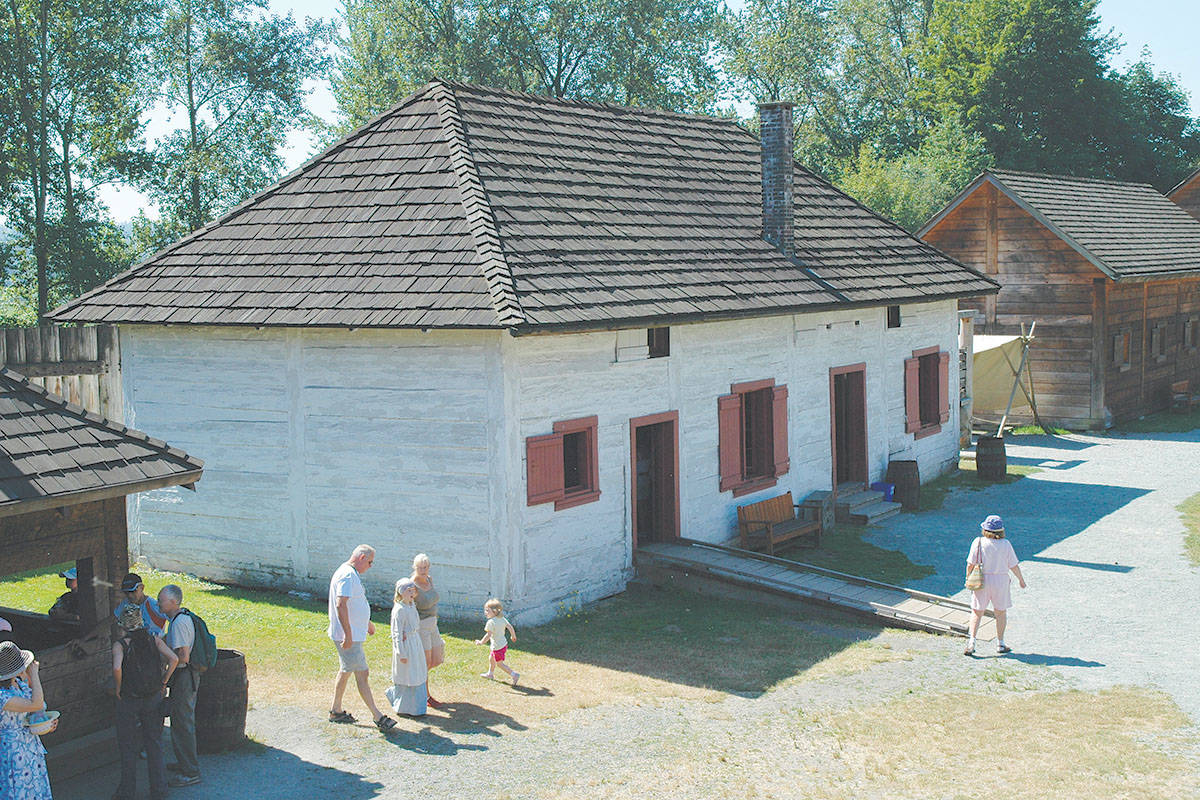 The HBC storehouse is now at the Fort Langley National Historic Site but started out at the original fort site at Derby Reach.