Daughter Dianne Swityk told the Langley Advance Times the event will, of necessity, be a small celebration, limited to family and friends due to the limit on crowd sizes during the pandemic.

They are planning a surprise, but Dianne didn’t want it reported, because her father reads the newspaper.

A profile of Swityk for his birthday, prepared by family friend Eleanor Swan, recorded him saying “he was not a hero, but did his duty the best he could do.”

Dianne has a different view.

Swityk was nearly 19 in 1940 when he enlisted with the First Battalion of the Regina Rifles in North Battleford, SK.

After initial training in Canada, they were shipped overseas in August 1941 to continue their training in Great Britain, while also providing coastal defence.

As a member of an anti-tank platoon, he trained as a Bren gunner.

On D-Day, June 6, 1944, Swityk landed on Juno Beach, Normandy, fighting through the town of Courseulles.

“He was the first person in,” Dianne said.

“He was the furthest in.”

On June 7, towing anti-tank guns with light armoured tracked vehicles, the platoon was given the job of taking the village of Norrey en Bessin, the farthest in of the entire Allied advance.

Within the next few days, John was promoted in the field to the rank of Sergeant.

With the platoon, he fought through Normandy, Belgium, the Netherlands and into Germany, until the Germans surrendered.

Swityk went on to train occupation personnel in the Netherlands and then served in Great Britain for a few months, before returning home to Saskatchewan in January 1946.

In 2015, Swityk was appointed a Knight of the National Order of the Legion of Honour, receiving the highest French honour from French consul-general Jean-Christophe Fleury at a presentation in Langley.

“Thank you for making my country a free country,” Fleury said, praising Swityk for his “extraordinary bravery.”

Swityk was among 600 Canadian veterans are recognized for their participation in the D-Day invasion that led to the liberation of France and the defeat of Nazi Germany.

Every Remembrance Day, he has faithfully laid a cross in memory of his regiment, including a solitary visit last year during the pandemic that forced a cancellation of public gatherings.

“The reason I come is because when I landed on D-Day [as an anti-tank gunner], I saw for the first time in my life dead people… bodies floating around in the water. They were my friends,” Swityk said.

“I’m here for them. For all the people we lost. For my friends.” 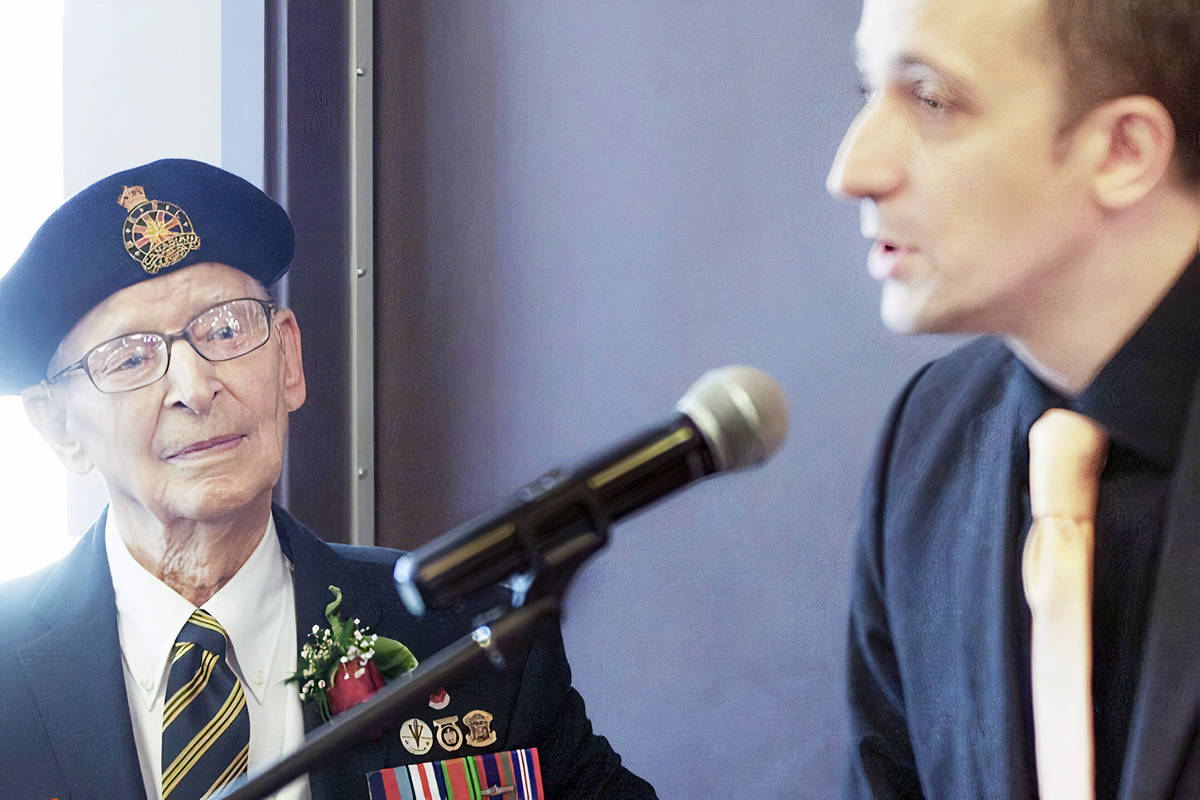 Langley resident John Swityk of the Regina Rifles listens, as French consul-general Jean-Christophe Fleury thanks him for freeing his country. In 2015, Swityk was presented with the French Legion of Honour award, that country’s highest award, as part of a decision by the French government to honour all living Canadian soldiers who fought during D-Day to help liberate France and defeat Nazi Germany. (Langley Advance Times file)

Smoke from B.C. wildfires creating issues for those with respiratory illnesses