Drugs, homeless, prison… a Langley man who has been there and made it back wants to help others off the dark road he travelled.

“We aid and feed the homeless and help addicts in our community right now,” Duminuco explained, “and we’re in the middle of transitioning into starting a program for at-risk youth.”

The youth-at-risk program will be the main focus of his organization in the coming year.

But he’s not doing it alone.

“We have a lot of cool people on board with us,” he said. “I’ve got Miss Canada Universal, she’s on board with us. We have some pro MMA fighters. We’ve all combined forces to help the kids and also advocate for mental health and helping the homeless.”

Their plans are to work together to help their communities.

“Langley is going to be my number one priority,” said Duminuco.

“There are other people involved, from other communities. We’ll be helping their communities as well, but I’m from Langley and that’s where I’m going to build my program for at-risk youth.”

Born in Surrey, Duminuco came to Langley when he was 10. He attended D.W. Poppy Secondary, but “ended up dropping out at a young age.”

“I got involved in gangs and drugs. I was a drug addict and a drug dealer,”

Duminuco spoke of that period of his life: “I was homeless, but I wouldn’t say I was living on the street. I definitely didn’t have a fixed address. I was sleeping on people’s couches. I was doing a lot of drugs – I lost my soul. I ended up spending some time in prison,” he recounted.

“I’d lost myself, and it took me a while to find myself.”

When he got out of prison, his father offered him an opportunity.

“I come from a good Italian family,” Duminuco added proudly. “He gave me an opportunity to come to work. So I went to work, started off at the bottom as a labourer, became a carpenter, went to school and got my construction management diploma. Now I’m a project manager.”

And he found his passion: “I wanted to give back. I was a part of the problem for many years, and I thought, I want to be a part of the solution now.

“I’m a leader, I have influence, and I should use my influence in a positive manner from now on.”

Duminco’s influence has fed and clothed homeless people, and given them some self-respect.

One of his organization’s ongoing projects involves haircuts: “Any shelter in the Lower Mainland can contact us, and I will bring hairdressers in, and we’ll give anyone who needs a haircut – in a shelter or supportive housing unit, we’ll cut everybody’s hair. We take care of everything ourselves. It’s a 100 per cent free service. I’ve been doing them every three weeks right now, for different societies.”

He has been working in cooperation with larger, more established organizations like churches, the Lookout Society – which operates throughout the Lower Mainland and Victoria, and Langley’s Stepping Stones Society.

His goal is simply to help, to offer his assistance and his experience.

“I respect people with PhD’s and diplomas,” he said. “I respect what it took them to get there. But they don’t have what I have: I was in it, and I got out of it. So how are we going to show other humans, other people, that it works if you haven’t been through it?”

Now Duminuco’s shifting his organization’s focus to his real passion, where he believes he can make the most difference: working with at-risk youth.

“Our main goal right now is to refocus our resources mainly on building our program for at-risk youth. We understand the root of the problem to doing drugs, because you know, I’ve been there. I have real-life experience.”

His life journey so far has been “amazing: I used to live in hell, and now I live in heaven every day, you know, because of the choices I made.”

While he’s moving into his next choice, he’s not sitting still. Just before Christmas, he was off to Kamloops to honour a commitment to a couple of events there, – made while he was working on a construction project in that community.

“I didn’t know I was going to be done as early as I was. I made commitments to hold my events because I thought I’d still be up there,” he said, “so now I’m going up there to fulfill my commitment.”

Now back in Langley, he’s planning to put something together with the Ministry of Children and Families for a local project.

“We’re going to clothe the homeless and we’re going to give free haircuts, also bring in some aestheticians to do nails for people at the shelters,” he said. 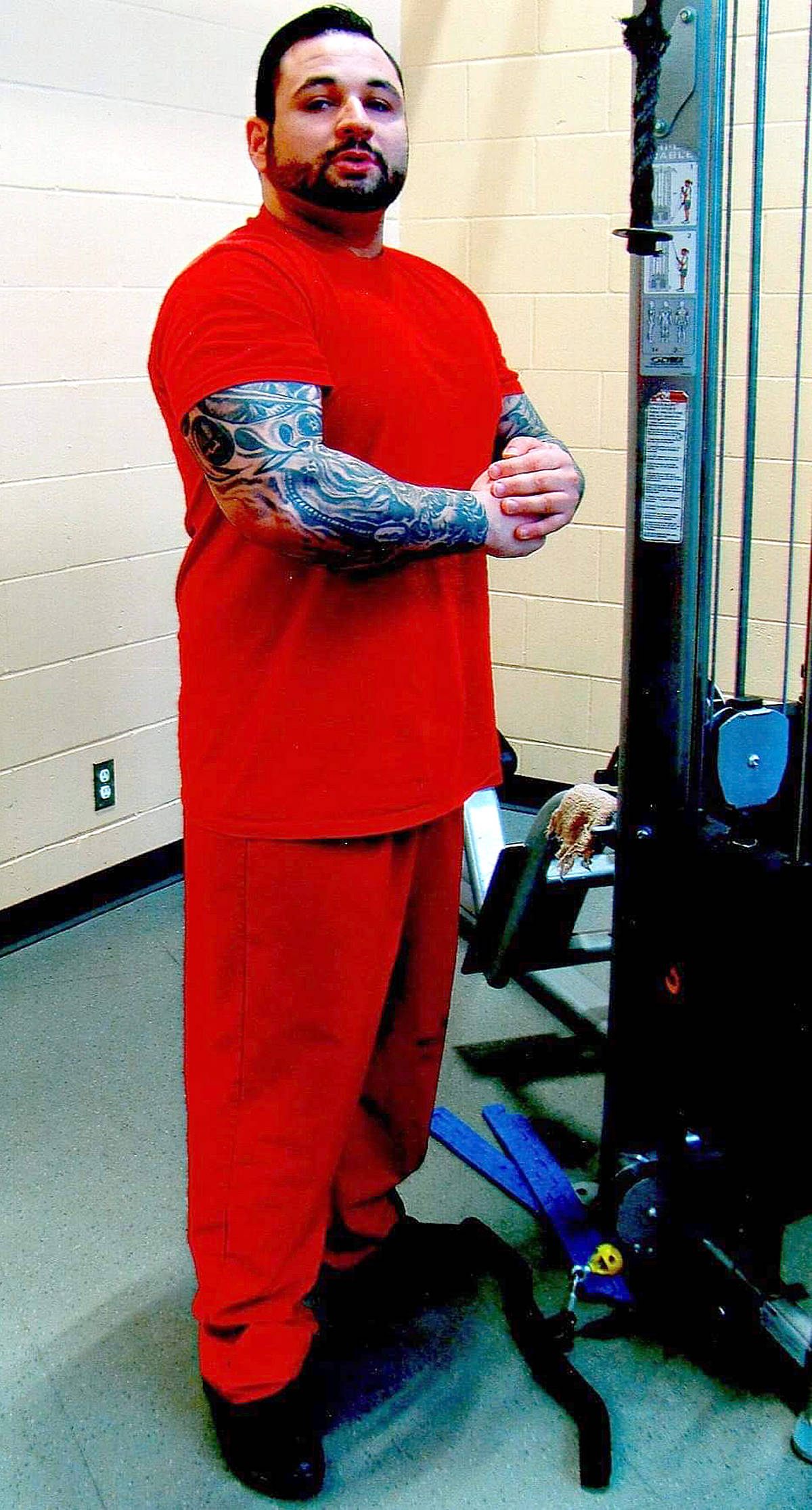 Augustino Duminuco is a different man from when he went to prison. He recognizes that his experiences as “part of the problem” can help him be “a part of the solution.” (Special to Black Press Media)

Hunt is underway for more of Langley’s Hidden Heroes