Zack Choboter, Aldergrove’s cross-country rollerblader, can see the light at the end of his Guinness World Record breaking tunnel.

Raising awareness for bee conservation, Choboter has just passed the border of Quebec after blading through five provinces – starting from Whistler, B.C. this past May.

It’s taken the rollerblader more than 70 days to hit 7,000 kilometers, but Choboter has done it – meaning there’s only 2,000 left to go before he reaches his target; St. John’s, Newfoundland.

Blading for Bees is a non-profit Choboter started with friends as a way to spread the wordon the decline of the important pollinator. The cross-country trek acts as a launch for the organization, which will educate kids about green living.

Choboter has been sure to stop and take in the sights, stopping at Parliament Hill in Ottawa, Niagara Falls, and for plenty of ice cream whenever the opportunity presents itself.

He even fit in a quick meeting at the Embassy of the Republic of Slovenia.

“Honoured to have the opportunity to chat and learn more about Slovenia, and what we can collectively do to help pollinators and the environment,” Choboter wrote on social media. “Did you know that Slovenia was the founding force behind the UN recognized World Bee Day holiday? A holiday on June 20 that is officially recognized right here in Canada as well.”

Choboter typically covers a little more than 100 kilometres each day.

People can follow the journey and support the cause at bladingforbees.com/where-is-zach-now. 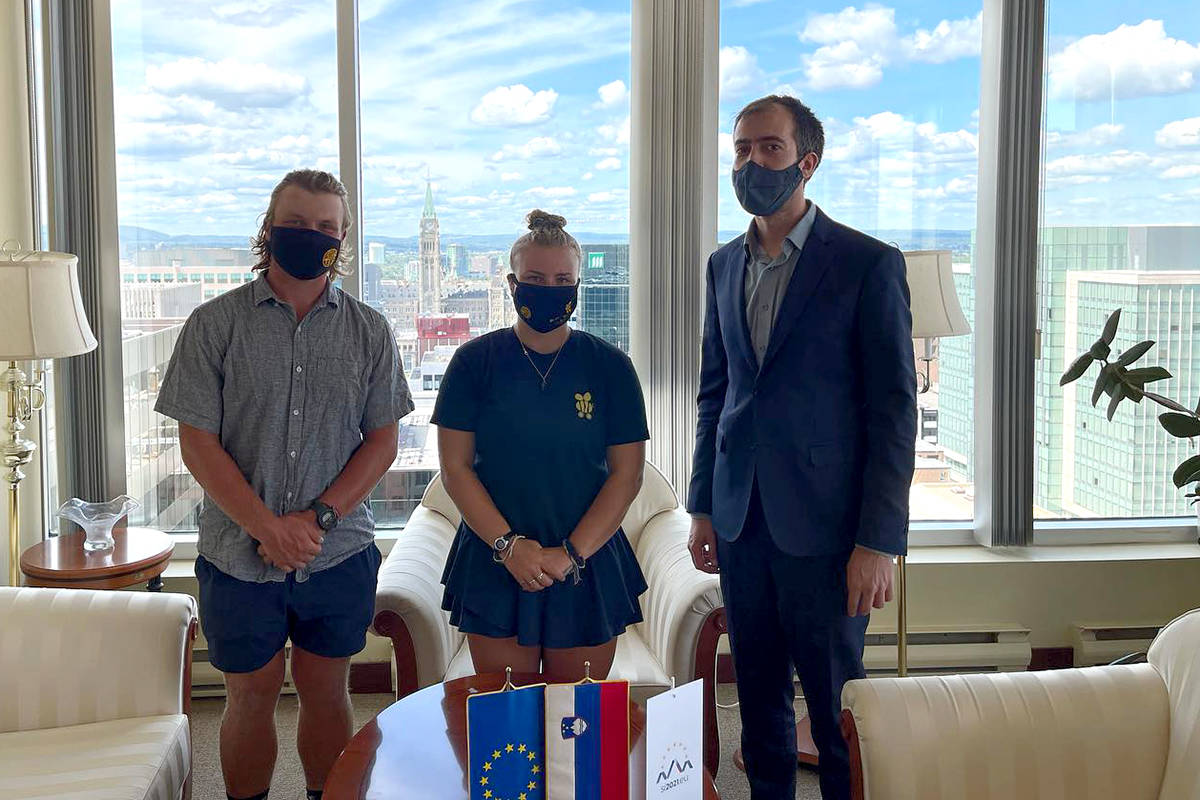 Aldergrove’s Zach Choboter (left) stopped to talk with Slovenia’s embassy in Ottawa, as they are one of the leaders in the world when it comes to bee conservation. (Special to The Star)