About a dozen families took part in the sand castle competition at the White Rock Sea Festival Sunday. 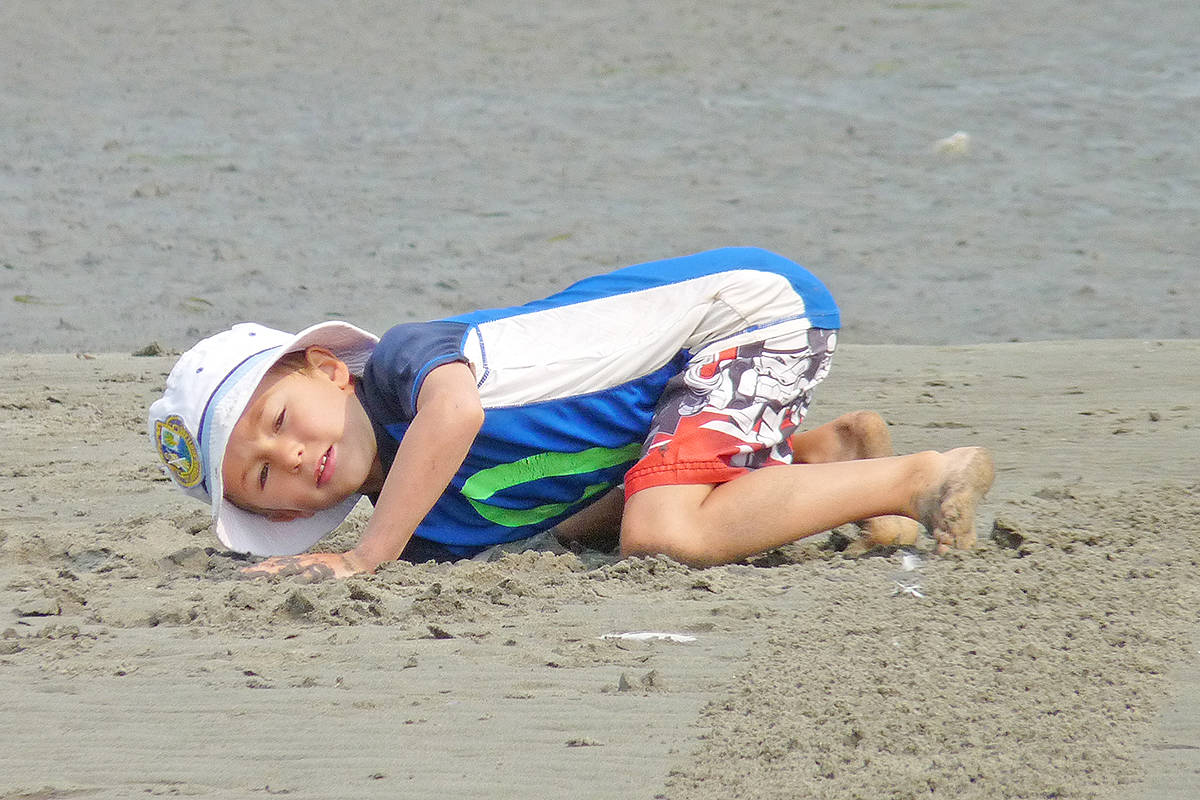 Lorenzo Ponce de Leon, 5, of White Rock, digs deep for black sand to make tires for the sandcastle Ferrari SFH70 he was building with his father. Dan Ferguson Langley Times 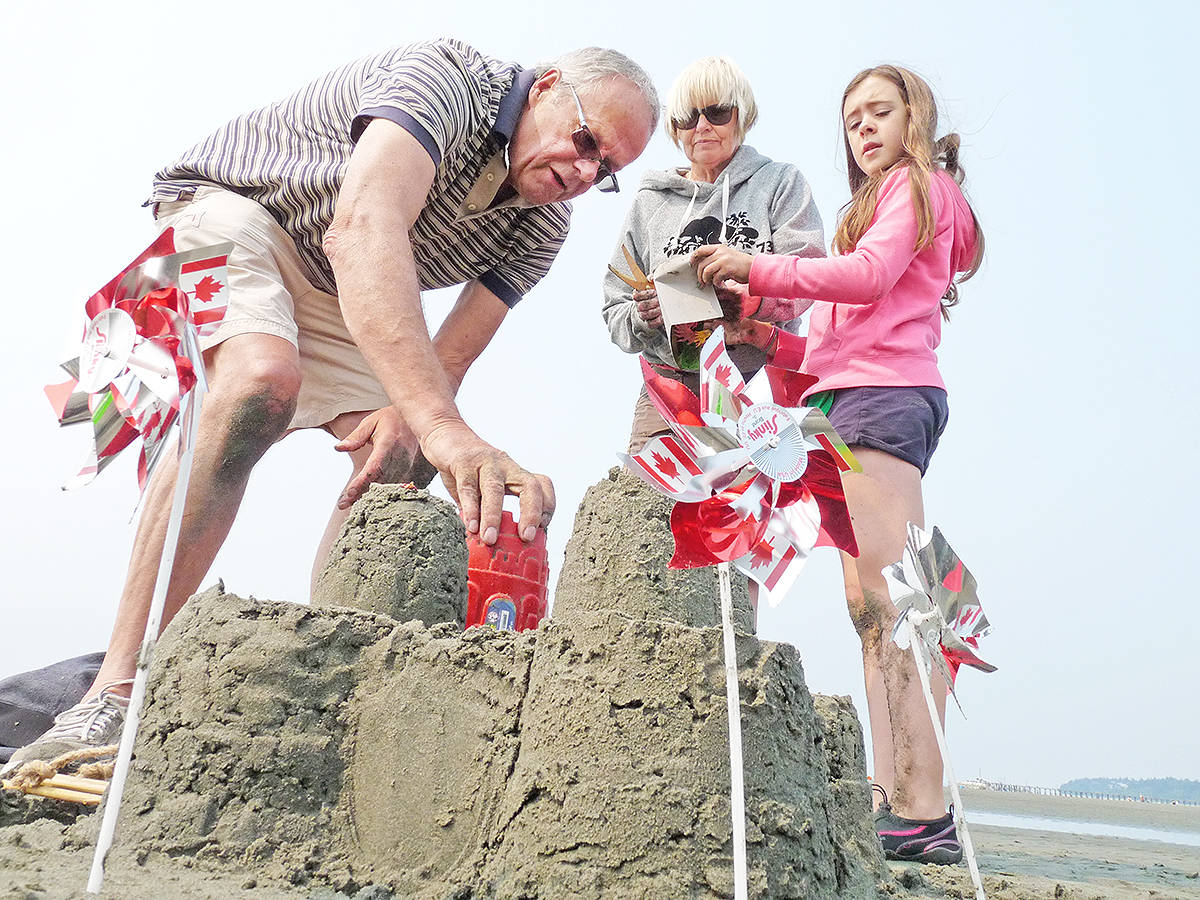 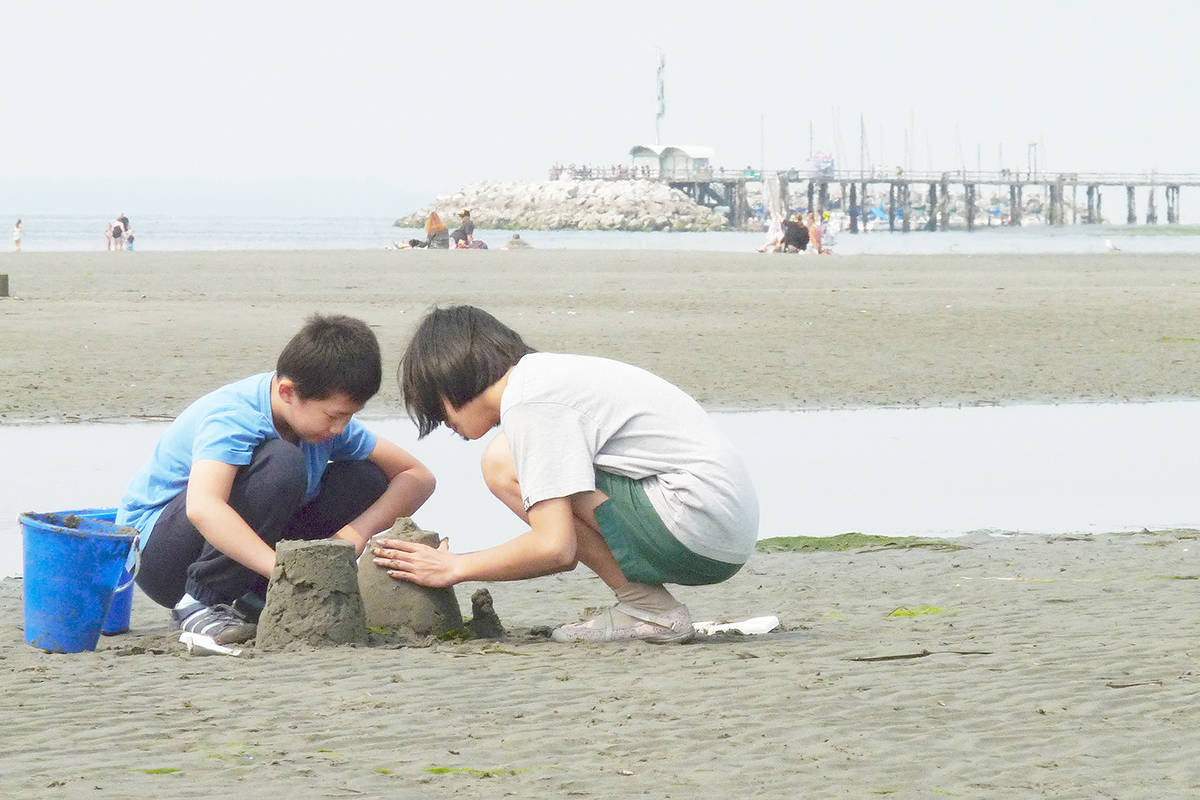