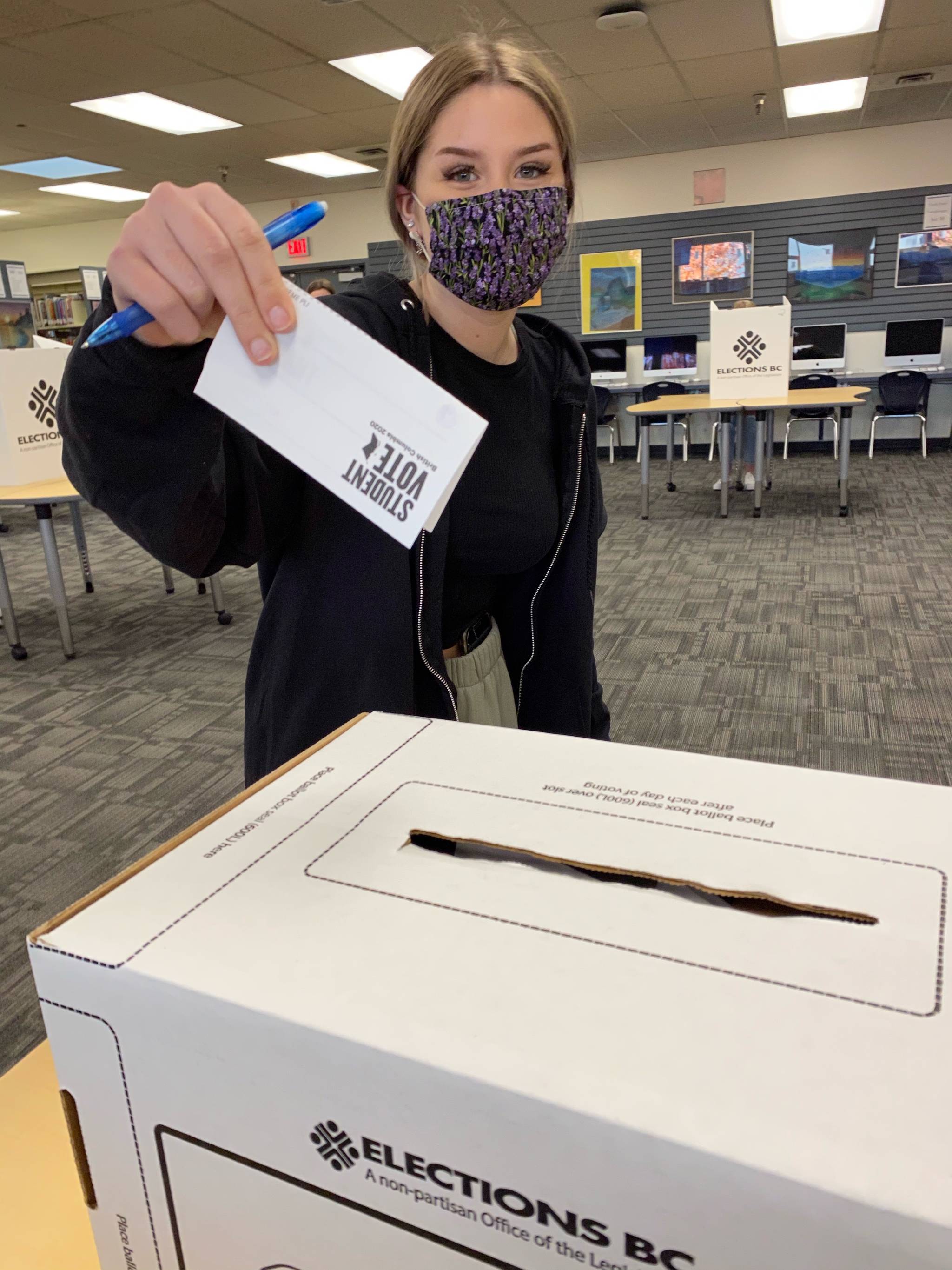 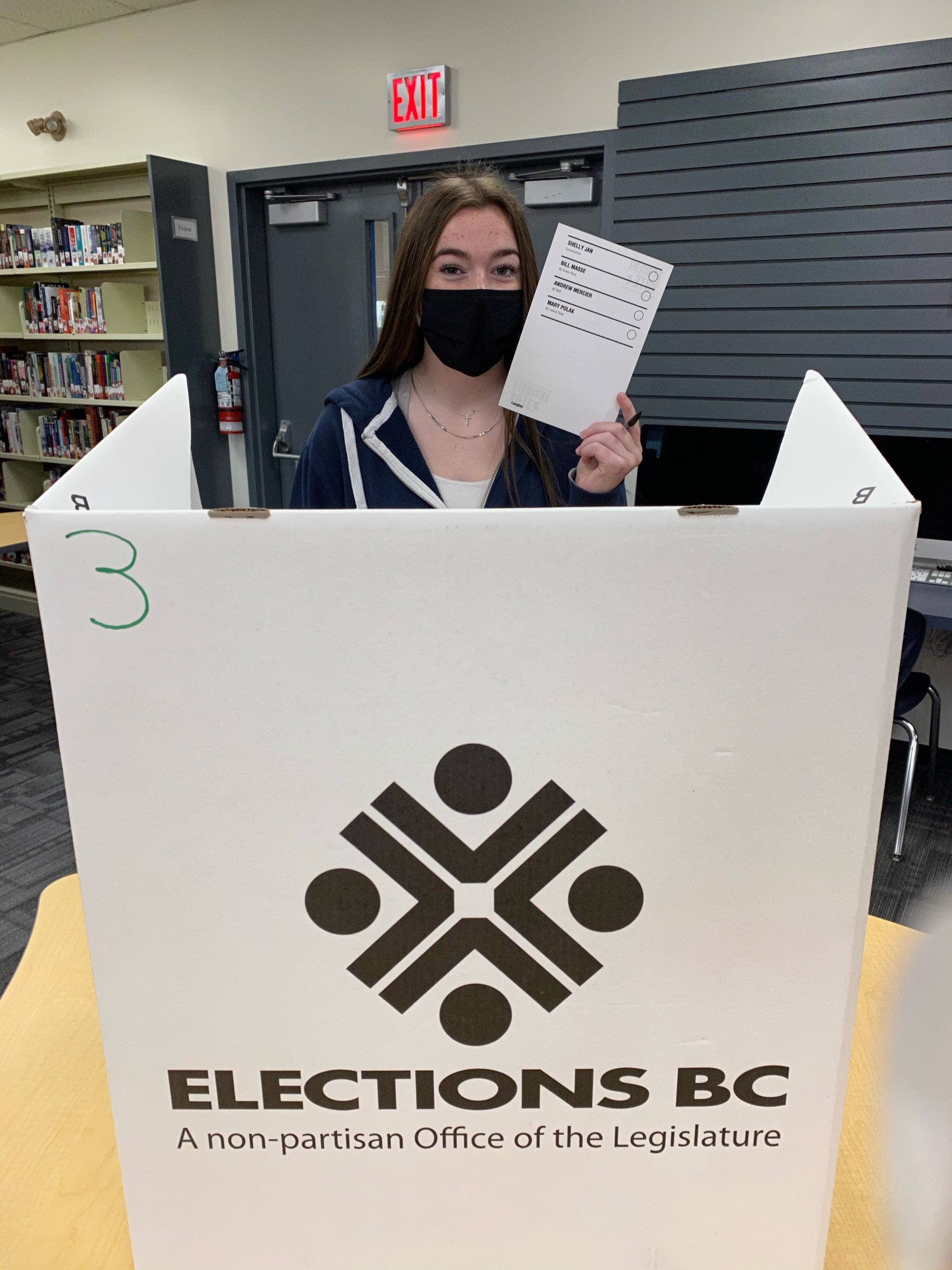 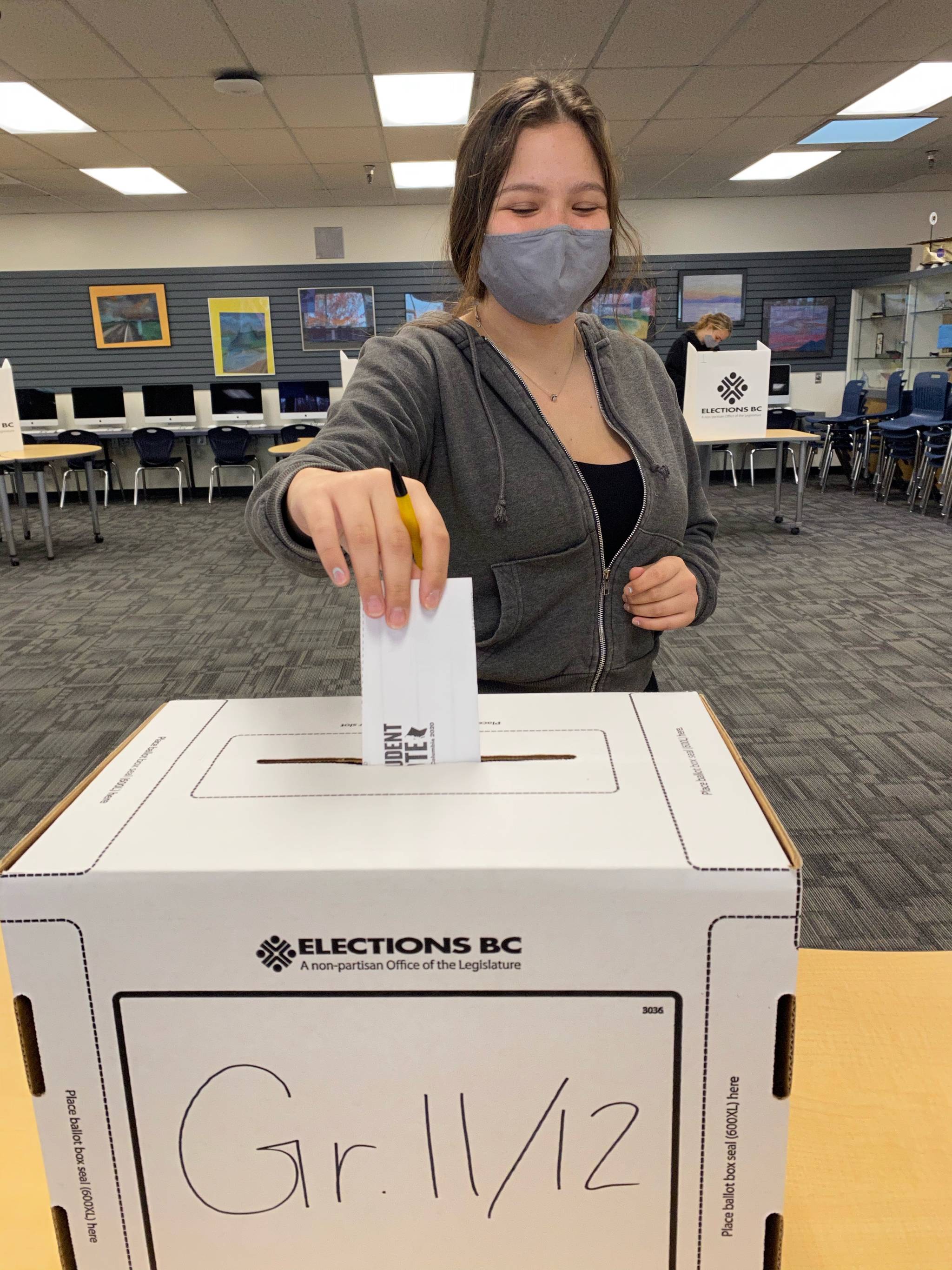 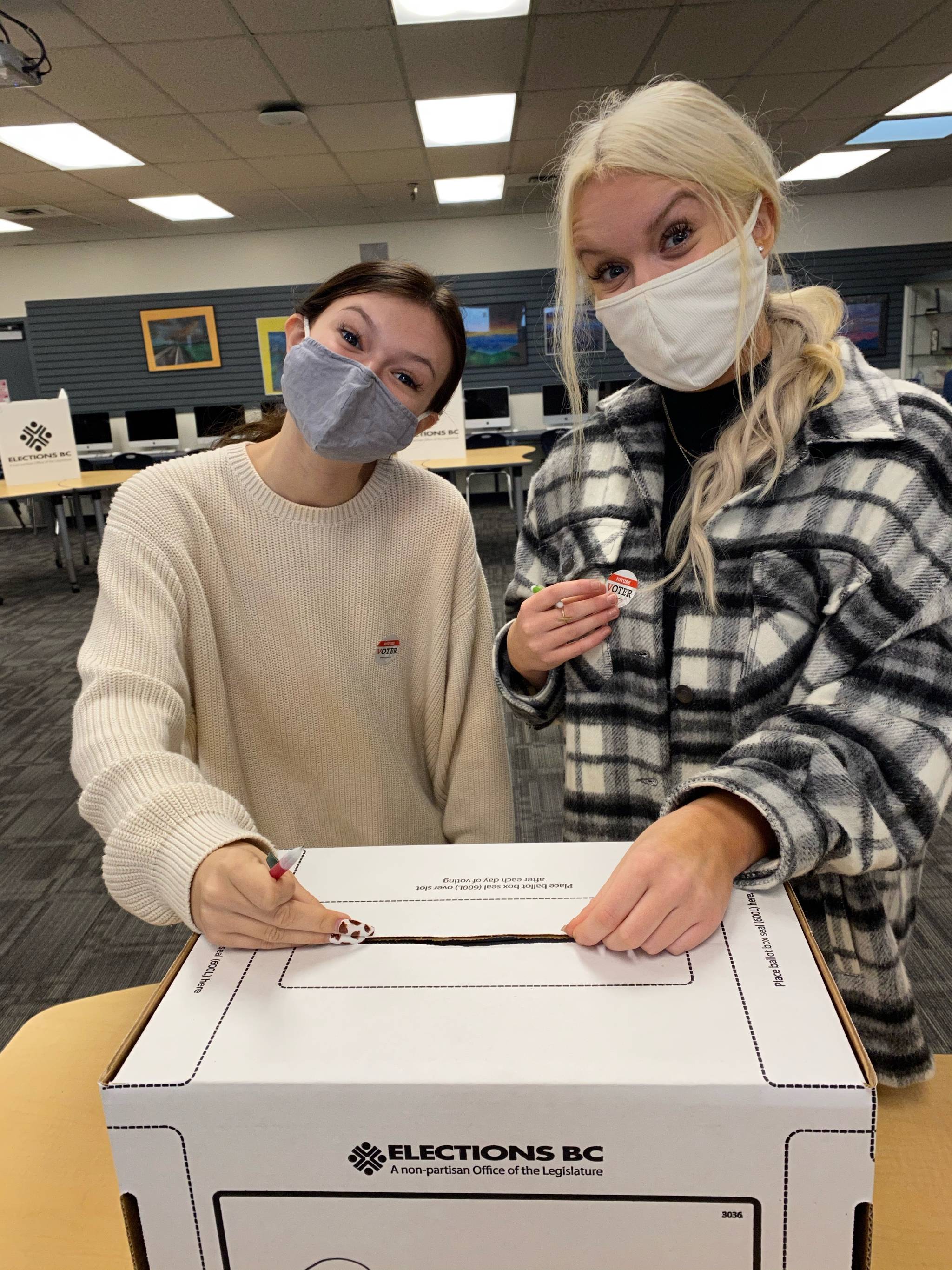 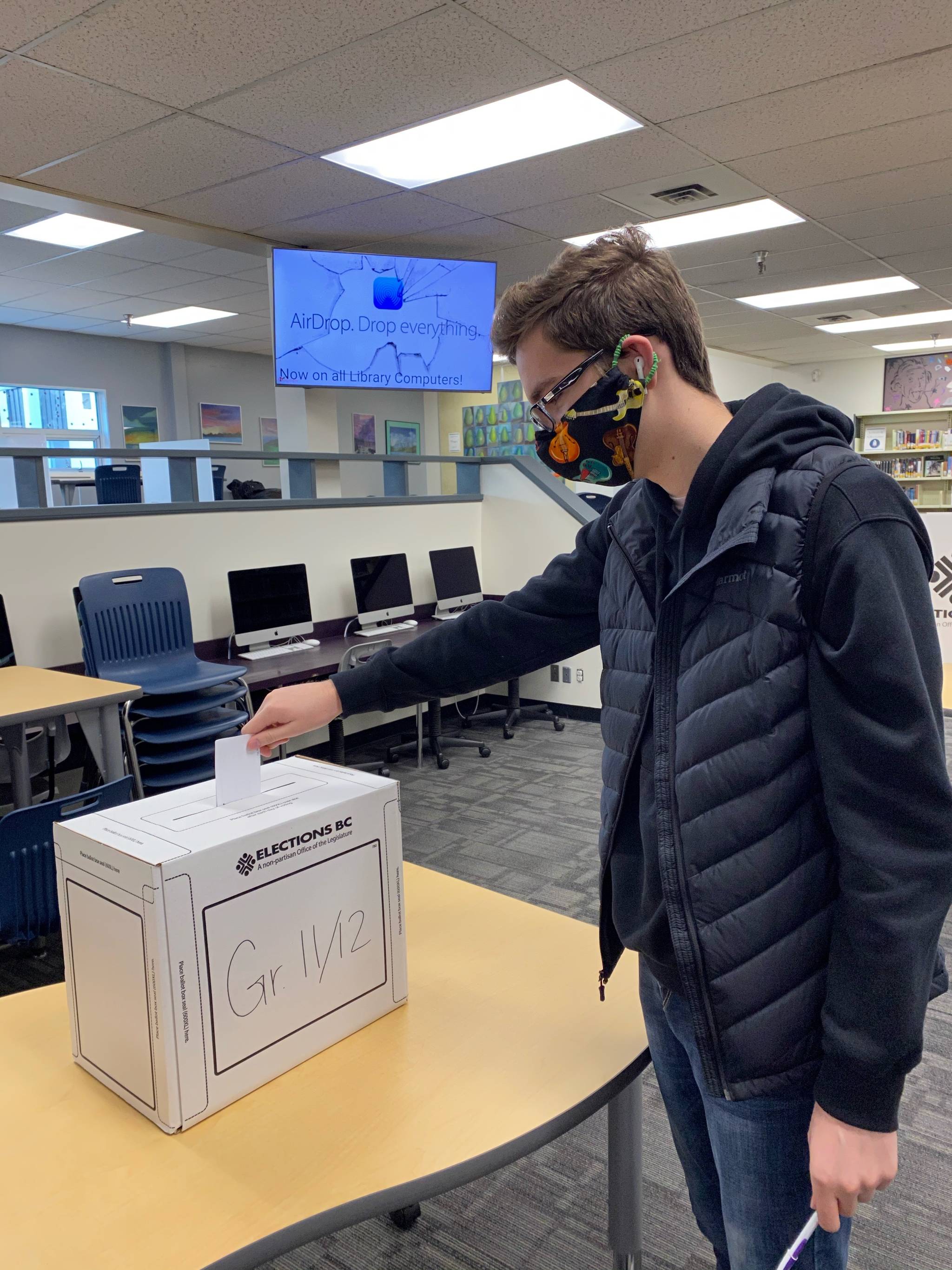 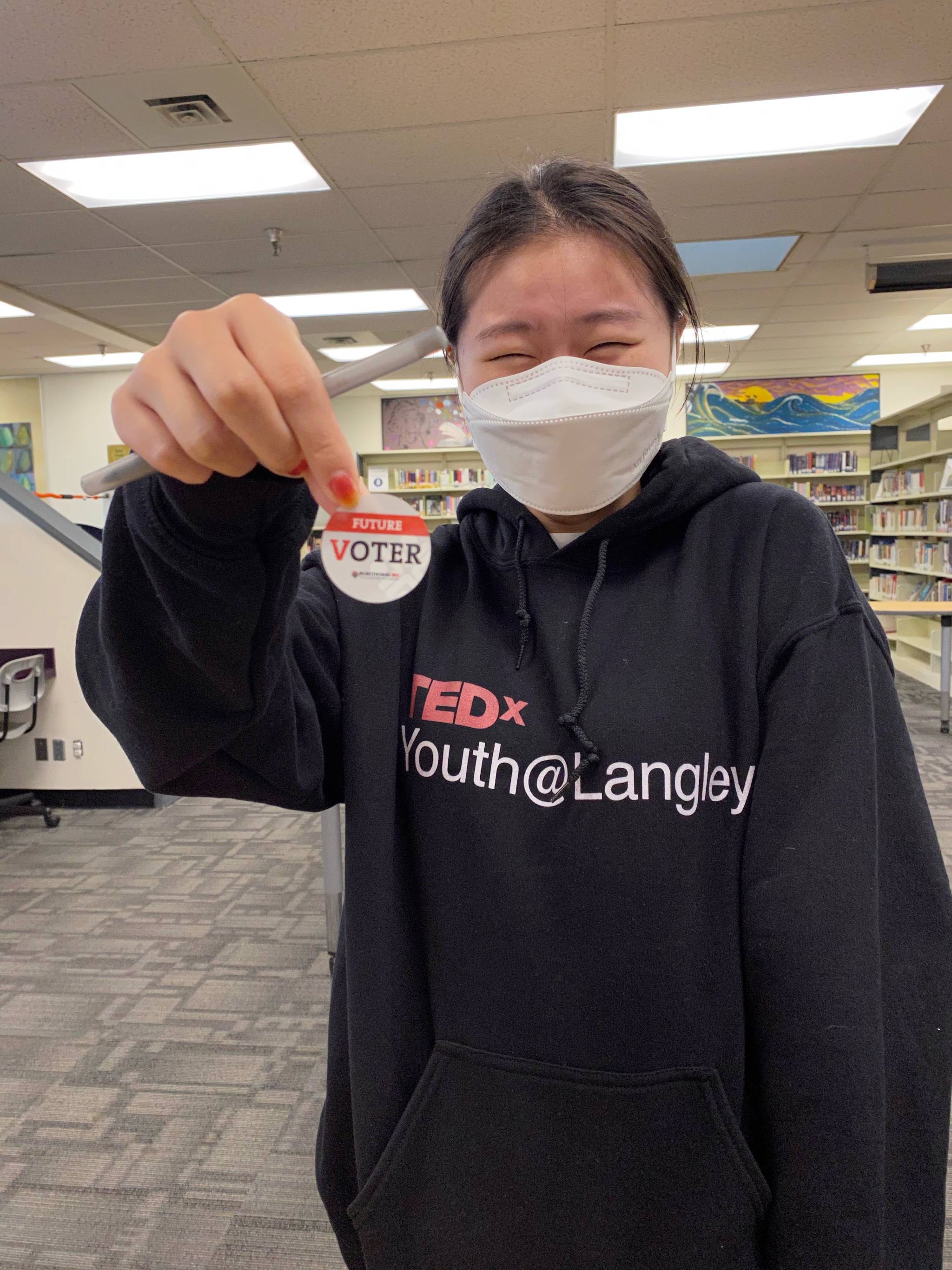 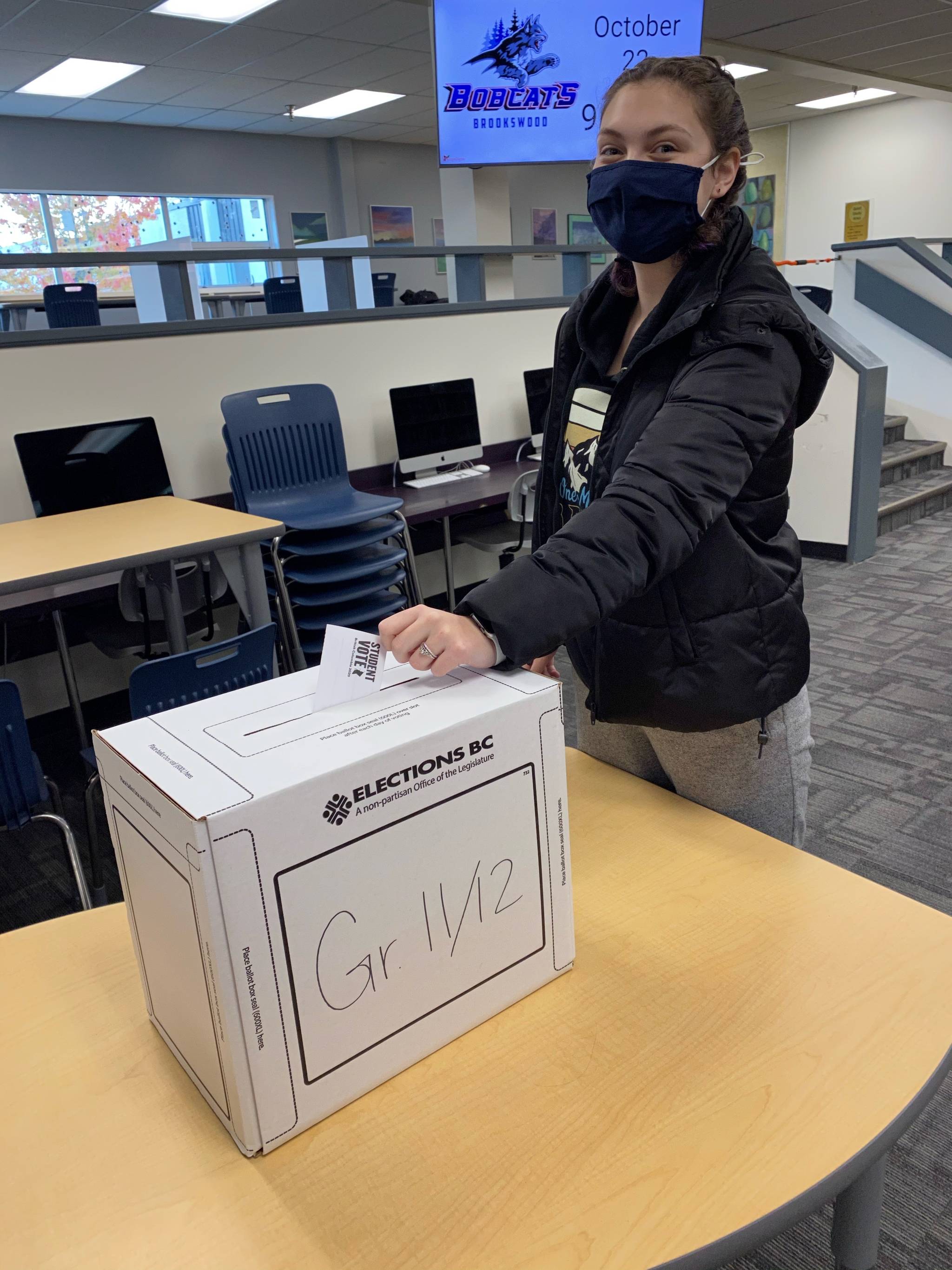 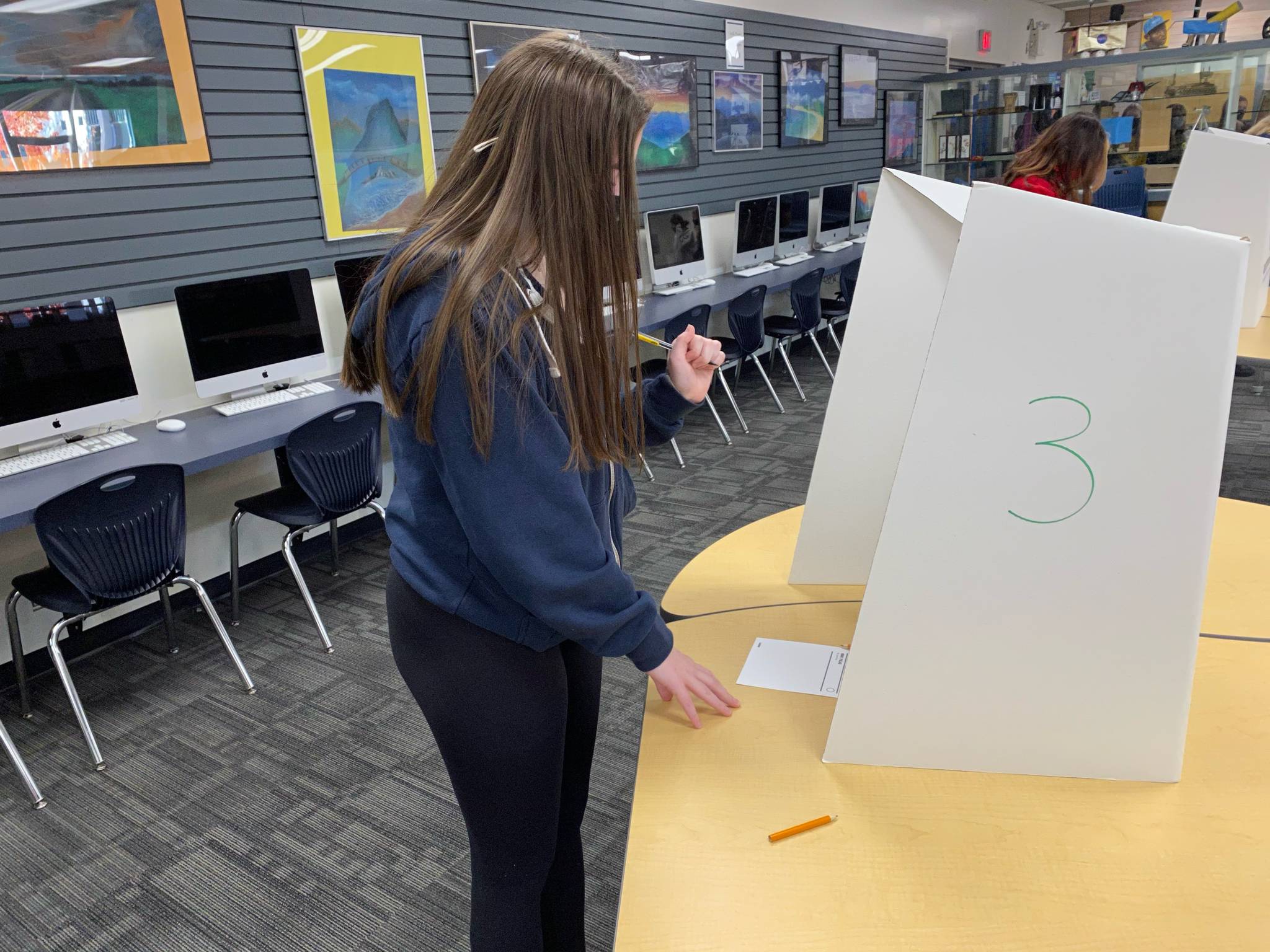 The pandemic wasn’t going to get in the way of Langley students performing their civic duty this provincial election.

“Voting is incredibly important and as youth we need to promote voting as much as we can, so when the time comes to vote we are aware and we are able to use our voice, Student Vote is a perfect way to practice that,” said River Peatman, a Grade 11 student at Brookswood Secondary School.

Students at the secondary school participated in Student Vote 2020, where kids voted for official election candidates running in their school’s electoral district.

“They asked about things that were important to them, like post-secondary costs, the high costs of car insurance for young drivers, and housing affordability, she said.

“They also asked the candidates to comment on social issues such as homelessness and sexism in politics. The students really appreciated hearing the candidates explain how they would address the issues they care about.”

Polling stations were set up in the cafeteria and the library, where cohorts voted during their scheduled time, according to Glover, adding students were required to wear masks and bring their own pen or pencil to cast a ballot.

“Many of the students also appreciated the opportunity to practice voting [Thursday],” Glover said. “I heard thoughtful conversations where students discussed with their peers who they might vote for and why.”

Student Vote British Columbia 2020 will make the results public after the close of the official polls.

One year ago, we released the results of the biggest & best @studentvote to date!
1.2 million ballots were cast from 8,000+ schools.
Thanks again to all the students & educators for their participation & engagement.
And to @ElectionsCanada for making #StudentVoteCanada possible. pic.twitter.com/tkR0GFiVdM

“Student Vote allows the students to practice engaging in democracy and having a voice,” Glover said. “This is always important no matter what is happening in the world.”

She said the initiative was made possible by the Civix Student Vote program, which is meant to mirror the real-life voting process so students have practice voting and are prepared to vote in the future. 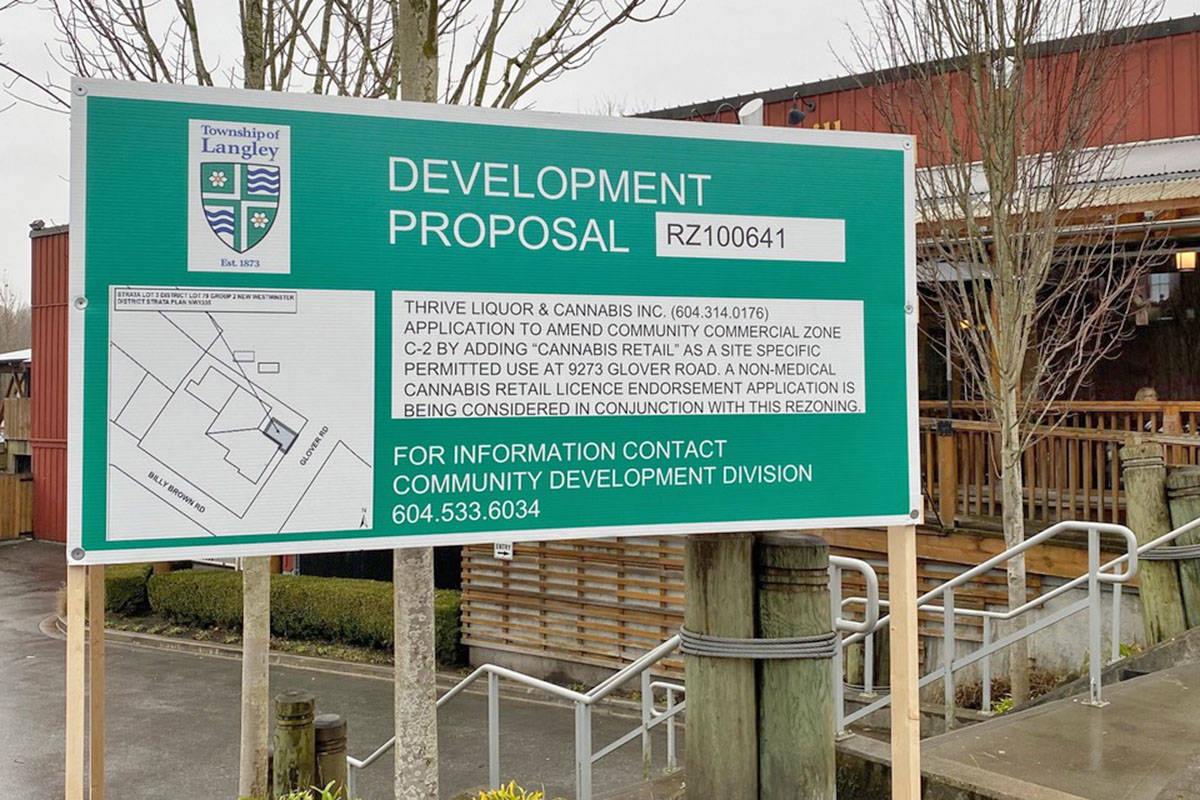