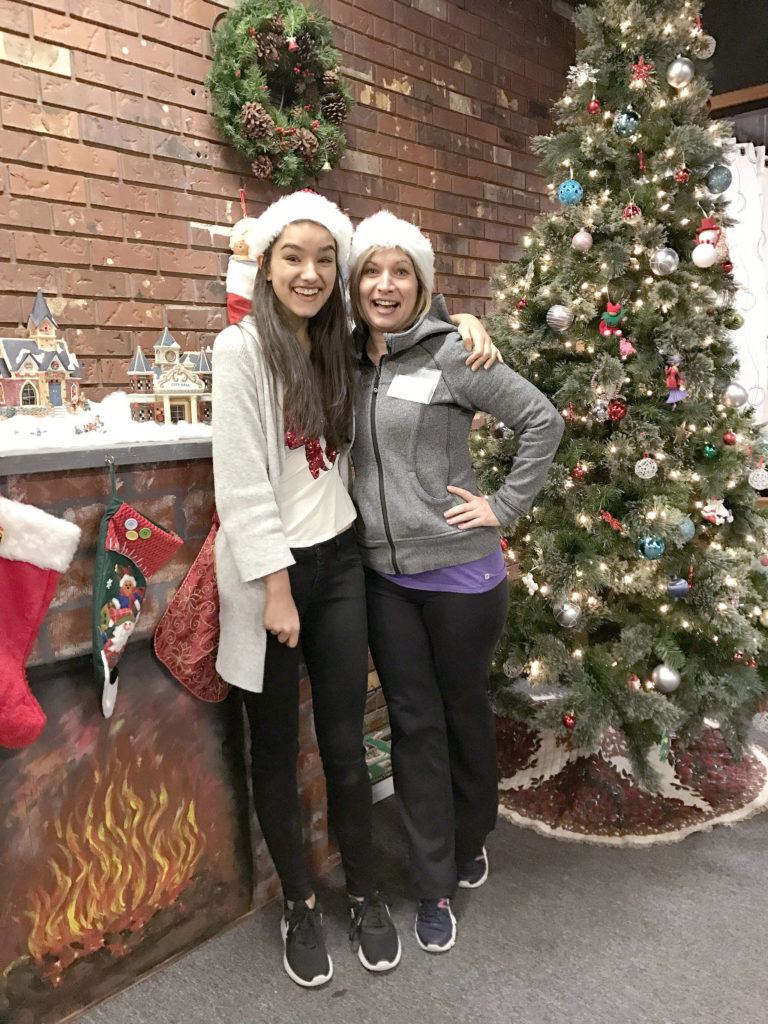 What do pulled wisdom teeth and the Langley Christmas Bureau have in common?

The answer: a dedicated volunteer in Kennedy Montano, who is utilizing her social media skills to help promote the bureau’s Christmas Wish Breakfast happening this coming Tuesday, Nov. 28 at Newlands Golf and Country Club.

The money Kennedy’s mom Judy used to persuade her daughter to have the teeth yanked went to buy gifts for that year’s Christmas Wish Breakfast at the Pan Pacific Hotel, benefiting the Lower Mainland Christmas Bureau.

“But I had just taken some new medication because this is, like, three days after I got my wisdom teeth out, so I slept through the whole thing,” Kennedy said.

Instead, mom and daughter travelled closer to home, to the Langley Christmas Bureau headquarters, to donate the gifts.

Once there, Kennedy was floored by the spirit and generosity of the volunteers.

“Everyone there was so nice and welcoming and grateful for the gifts we were donating,” Kennedy said. “We were speaking with (bureau co-coordinator) Donalda (Whaites) asking ‘is there any way we can help?’”

Kennedy and Judy helped out as ‘elves’ during the local bureau’s three Toy Depot days.

“That’s where parents can come in and pick out gifts for their kids, and the elves go around with the parents and help them pick out gifts,” Kennedy said.

“I did that two times that year and it was a really good experience. It really makes you realize how lucky you are. I was really grateful to do that.”

But Kennedy noticed there weren’t a lot of gifts for teenagers.

So last year she and her friends organized a drive at their school to collect gifts for their peer group.

“No one ever seems to donate to the teenagers,” Kennedy said. “It’s always people buying Barbies and Hot Wheels. We wanted to fix that. So we thought, ‘Hey, we’re teenagers, we could get some good gifts for teenagers.’”

They took the gifts collected from their schoolmates down to the bureau, and the same drive is happening again at Walnut Grove Secondary this year.

Looking ahead to the Children’s Wish Breakfast, Kennedy is happy to help out.

Everyone who turns up at Newlands at 21025 48 Ave. between 6:30 a.m. and 9:30 a.m. with a toy or cash donation is welcome to enjoy a complimentary breakfast prepared by the Newlands culinary staff.

Breakfast will be served while supplies last.

There will be live entertainment provided by local singers and musicians and a visit from Santa.

Volunteers from the Langley City Fire Department and the Langley RCMP will be on hand to receive the toys on behalf of the Christmas Bureau.

After the event, bureau elves will sort the toys according to age and gender.

“We’re doing a Facebook live stream, so I’m in charge of that, and I’ve been doing all the social media this year for the breakfast,” Kennedy said.

VIDEO: Get a sneak peek at the newly renovated BC Vintage Truck Museum

Santa Paws is coming to town this Sunday, Nov. 26