Rabbitats needs space to house almost 500 rabbits in its care.

The Richmond-based organization is looking to create a sanctuary in Langley as it works to fundraise the estimated $185,000 needed to buy into a 9.5 acre project that involves co-housing and another animal welfare group, Kindred Community Farm.

Rabbitats currently has about 40 rabbits at the Kindred farm, but it must move by spring. Rabbitats also has fosters and mini-sanctuary sites, such as in Richmond and Surrey but those sites are slated for redevelopment, said Sorelle Saidman, founder and president of Rabbitats.

“So there’s a awful lot of animals at risk right now of being homeless,” Saidman explained.

The organization has raised more than $51,000 so far in the campaign that started in mid-December and runs until the end of January.

“Rabbitats hopes to buy one to two acres of this project, and Kindred needs us to help make the whole project happen, so the bunnies and Kindred are counting on us,” she said. “This is the Year of the Rabbit. It’s a great time for donors and investors to back the bunnies.”

Saidman explained that the group is also looking for investors in the unique co-operative project.

“We have until the end of January though to raise the funds and the put the deposit down,” she said.

Kindred, formerly SALI’s Farm, cares for a variety of farm animals and has programs for at-risk children and adults. During the pandemic, it expanded its programs to include health-care workers.

Rabbitats has always worked with rabbits, starting 12 years ago because of the increasing number of rabbits being thrown away in Richmond and other communities. It does rescue, control and management, advocating for getting rabbits spayed.

Saidman noted that while Richmond has a feral rabbit problem, it is a problem that is moving east and she encouraged municipalities to take action before rabbit numbers increase exponentially.

“Two rabbits can and do produce offspring every 31 days. Someone abandoning an accidental litter can see the numbers (and the budgets) escalate in just a few months,” Saidman noted. “Prevention by providing alternatives to abandonment and establishing a destination for stray rabbits picked up before they can breed is critical to humane and affordable control.

People assume rabbits can survive on their own if left in natural settings and Saidman noted that those who try to surrender their animals to shelters often find that isn’t possible.

“COVID saw rabbits acquired as pets by people who are no longer willing or able to care for them as they return to their previous routines, resulting in record surrender requests and abandoned rabbit reports,” she said. “Simultaneously one rabbit rescue closed its doors due to the death of their founder and the other saw their capacity reduced by a bylaw complaint. Rabbitats is the only other rabbit rescue in the area. The city shelters and the BCSPCA rarely take rabbits and LAPS doesn’t deal with them at all.”

Saidman said having a stable property would allow Rabbitats to continue its work. The plan would be to allow the public in to meet and work with the rabbits so they can understand that while rabbits are a low-maintenance pet, they are not disposable.

People interested in helping Rabbitats can find more information at Rabbitats.org. It has a 50/50 draw with tickets available until Jan. 24. See its website for a link to the raffle.

Saidman said the property being pursued is ideal for the organization but if the sale doesn’t come together, Rabbitats will pursue another site with a co-housing or co-operative structure with the funds raised. 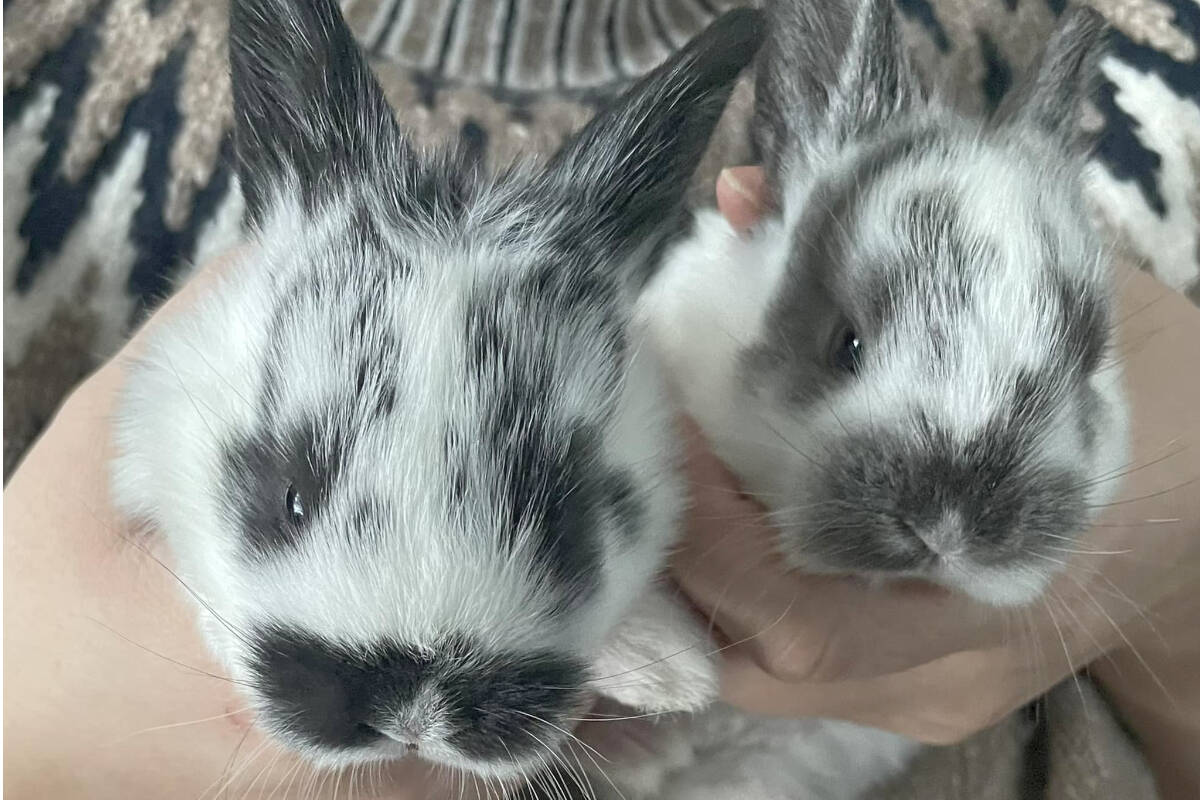