In this multi-story series, the Advance Times shines a light on an issue of growing concern in Langley – its increasingly visible rat population. Please check out this and other related articles in this RATS: Friends or Foe series.

Langley resident Stephanie Bailey is playing a key role in a new documentary that is shedding light on the secret lives of urban rats.

Bailey, the owner of Eversong Woods Rattery BC – a local rat breeding and care facility – served as the animal care expert for the film, Rat City, which aired earlier this month on the CBC’s The Nature of Things.

Throughout the filming process, Bailey was responsible for the safety, behaviour, diet, and general care of the rats used on the set.

She also helped with “wrangling” the rats on set to ensure that they could perform as needed for the film.

Bailey’s pet rats from her rattery played a crucial role in the documentary by providing the team with friendly and happy rats that enabled them to capture intimate and detailed footage of rat behaviour, she explained.

“The rats used in the set were born and raised in my home,” shared Bailey. “Some of the more intimate scenes filmed would have been totally impossible to achieve without access to happy and friendly rats,” she added

As a Langley resident, Bailey also highlighted the importance of addressing rat populations in her own backyard.

“It would be nice for the City to consider expanding their garbage pickup routes to include more streets, as this will definitely help mitigate the rats’ access to our waste – which in turn will dissuade them from seeing our homes as good lodgings,” she said.

As the release of the documentary approached, Bailey was excited for the public to learn more about these misunderstood creatures.

She is also part of the Vancouver Rat Club, a group of volunteers dedicated to improving the public’s perception of rats.

They also work with local rescues and welfare groups to connect resources to rats in need, as well as rats to their forever homes and fosters

“It is unfortunate that these creatures have such a bad reputation as they are remarkably smart and bond deeply with their owners and fellow rat friends,” Bailey elaborated.

“[Filmmakers] have done a terrific job of really getting you on a personal level with their subjects, and I am so excited to shine this same light on rats. My hope is that people will learn how remarkably intelligent and adaptable these creatures are. They really do not get the recognition they deserve,” she said.

The documentary, Rat City, not only sheds light on the lives of urban rats, but also on the work of animal care experts like Bailey, who are passionate about educating the public and changing perceptions about these creatures.

Rat City premiered in mid-January on CBC Television, but is also available on the free CBC Gem streaming service.

CONTINUED IN THE SERIES: 500% increase in rodent related complaints in Langley 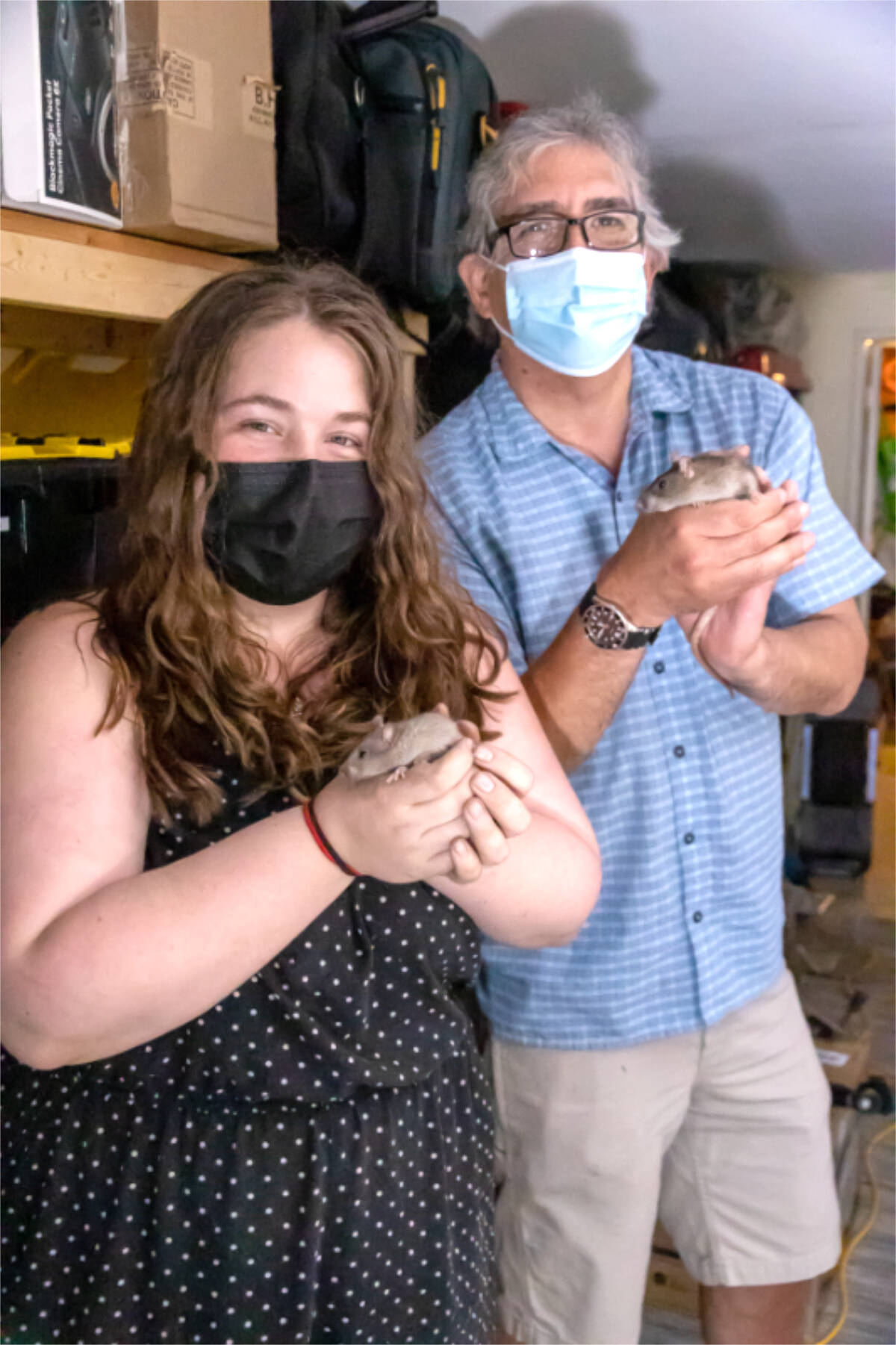 “Stephanie Bailey, animal care expert and owner of Eversong Woods Rattery, and Bryan Sullivan, director of upcoming documentary “Rat City,” work together with their furry co-stars on the film set. The documentary is premiering on Friday, Jan. 13 on CBC’s The Nature of Things. (Special to Langley Advance Times) 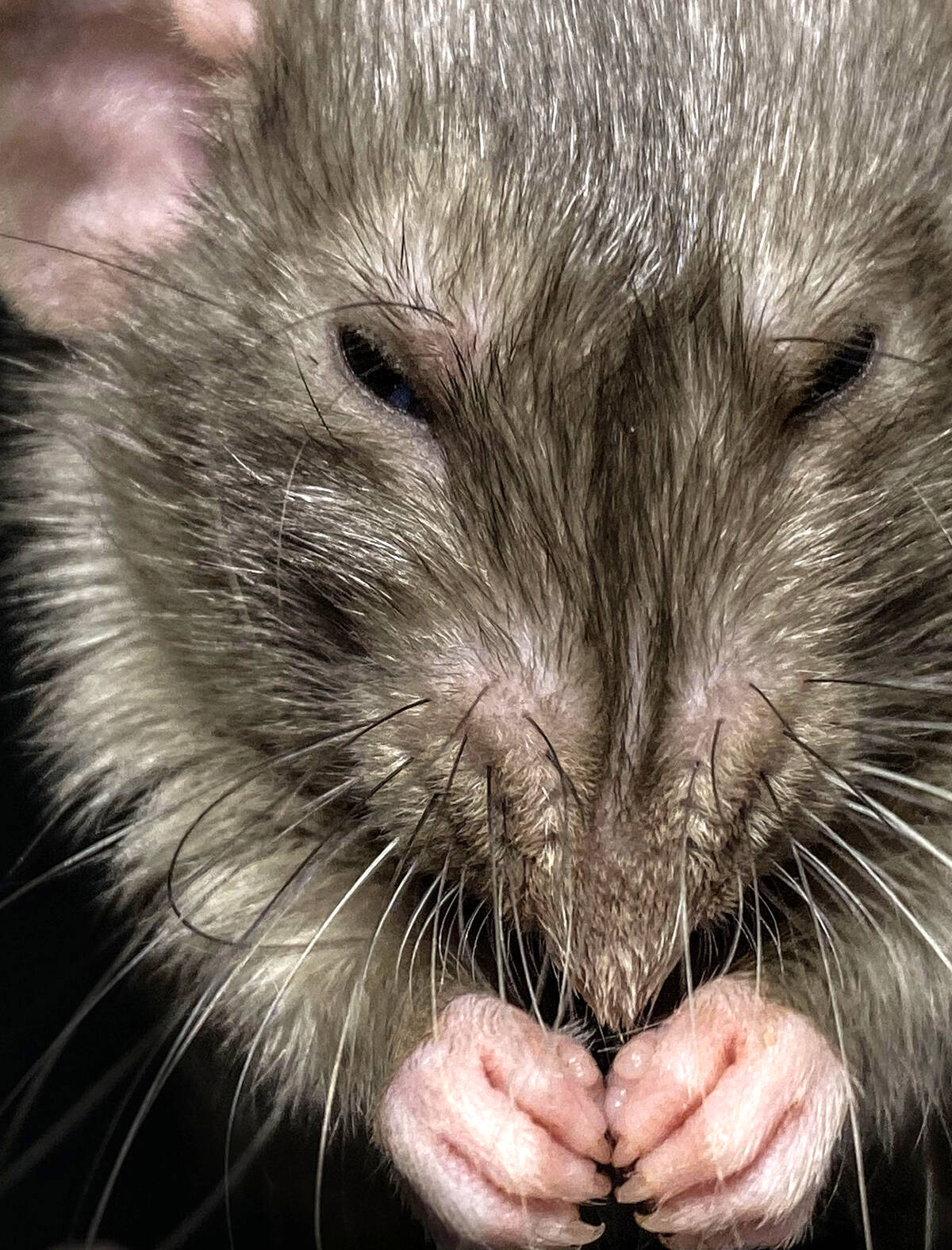 ‘Rat City’ documentary is premiering on Friday, Jan. 13 on CBC’s The Nature of Things. (Special to Langley Advance Times)