Truck drivers faced long days, loneliness, and some tough working conditions – and that was before the coronavirus upended the economy.

Langley has a lot of trucking activity, with drivers using Highway One and the Aldergrove border crossing to get goods to market every day.

It’s also the home of the B.C. Trucking Association, and of the trucking firm of it’s chair, Ken Johnson.

He noted that truckers have never stopped working.

“The trucking industry has been deemed an essential service,” Johnson said.

Keeping groceries, PPE, and packages flowing means the trucks have to move.

“If you bought it, a truck brought it,” Johnson noted.

But that doesn’t mean it hasn’t come with changes and challenges for drivers, and for the owners of small and medium-sized trucking firms.

Social distancing and cleaning protocols have affected the work, as with many other forms of essential work.

At his firm, drivers used to take out different trucks on a regular basis,” Johnson said.

“Now, each driver is assigned their own truck.”

They are also disinfecting the trucks between drives.

That’s simple enough, but it’s the interaction between the truck drivers and their customers that have become the most complicated.

“You have to wear your mask now in all the Costco stores when you go inside,” said Garry Tingley, a driver who has been delivering plants from Langley’s Darvonda greenhouse to stores across Western Canada.

“There’s definitely less interaction with customers and people that I would normally see,” said Jim Squires, another Langley-based truck driver.

That point of drop off is different at every location.

Truck drivers can be refused entry to the premises beyond what’s necessary to get their cargo, Johnson noted.

The attitude is sometimes “‘Yes, we need your delivery, but don’t come into our washrooms,’” Johnson said.

The lack of usable washrooms has eased since the start of the lockdowns and social distancing that began in March.

Squires and Tingley noted that portable toilets have helped the situation at some places, and many rest stops remain open on the major highways.

But food is also an issue.

“With the restaurants closed, food options are limited,” Johnson said.

“It’s getting tougher just to find a cup of coffee,” Squires said.

He packs a lot of his own meals for his trips, but even so, he likes to be able to stop for a hot meal a few times a week. Now he can’t sit down in a restaurant.

Squires has also noticed some restaurants already seem to be permanently closed, which means things will be tougher for drivers even after that has eased.

Fast food places are still open, and food trucks have been invited to set up at cardlock gas stations.

McDonalds in places is even allowing truck drivers to use their drive through lanes as pedestrians – since the trucks won’t fit into the tight curves of a regular drive through.

Overall, despite improvements, trucking is now lonelier than it was before.

But now things are different. They can’t come close to people at deliveries or at restaurants.

“The lack of social interaction – everybody needs to talk to people,” Johnson said.

“I think the drivers are affected emotionally when it’s ‘We’re glad to see the load, but we don’t want to see you,’” he said.

Most drivers are holding up well under the new conditions, and he’s taking time to talk to his drivers, Johnson said.

There have been a few positives during the downturn, including a real reduction in wait times at the U.S. border crossings.

“Obviously, we don’t have the lineups we once had going through there,” Johnson said.

The need for social distancing has also accelerated a change to using electronic data transfer to inform customs officials and border guards about cargo. That option was there before, but is rapidly replacing paper documents because it doesn’t require physical contact.

With travel times down, fuel is also cheaper than it has been more more than a decade.

But those bright spots can’t conceal the fact that, necessary as it is, the industry is hurting as the economy it serves has ground to a halt.

He estimates business is down 30 to 40 per cent overall.

The biggest impact will be felt by the smaller trucking firms, that have only one or two clients. If their clients have less work or no work, that impacts the truckers immediately.

The larger companies may be able to withstand the slowdown better.

“The industry is hurting, and it’s not going to get better for a while,” Johnson said.

“You keep plugging away, keeping those wheels moving as best you can,” he said. 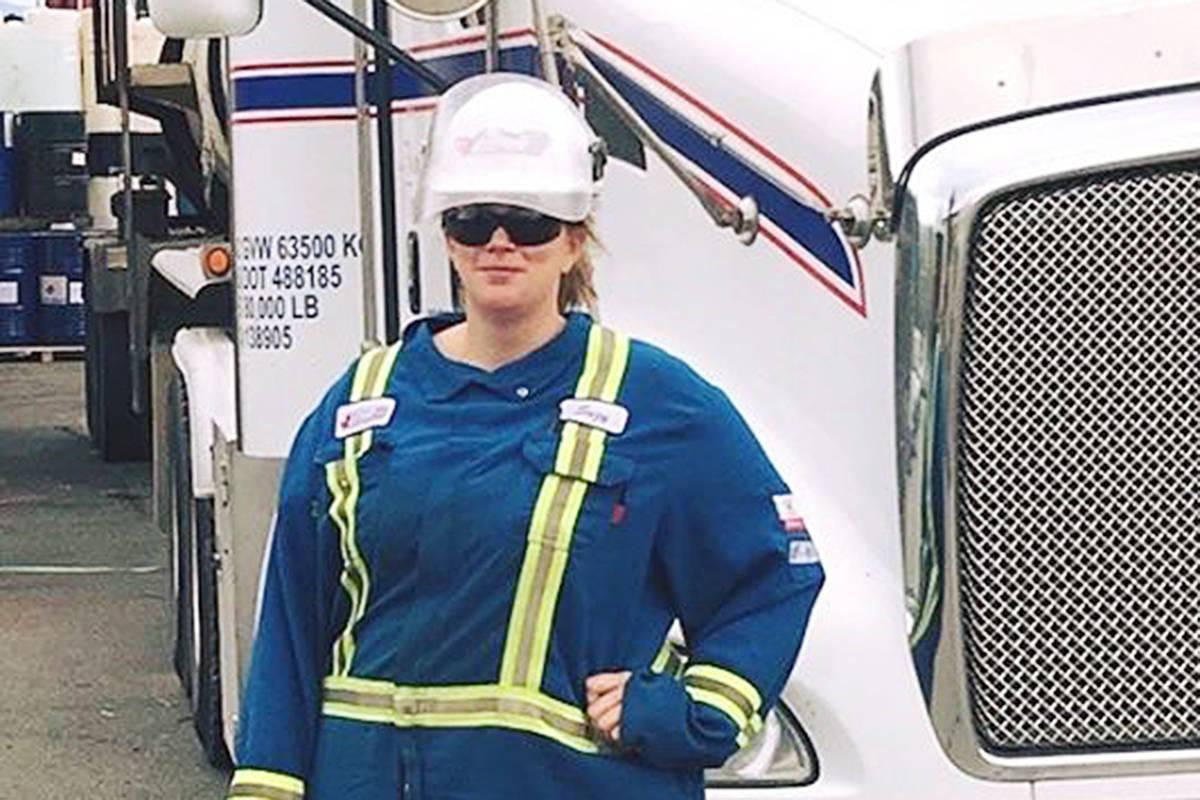 Suzy Sather is one of the drivers for Ken Johnson Trucking. (Photo submitted) 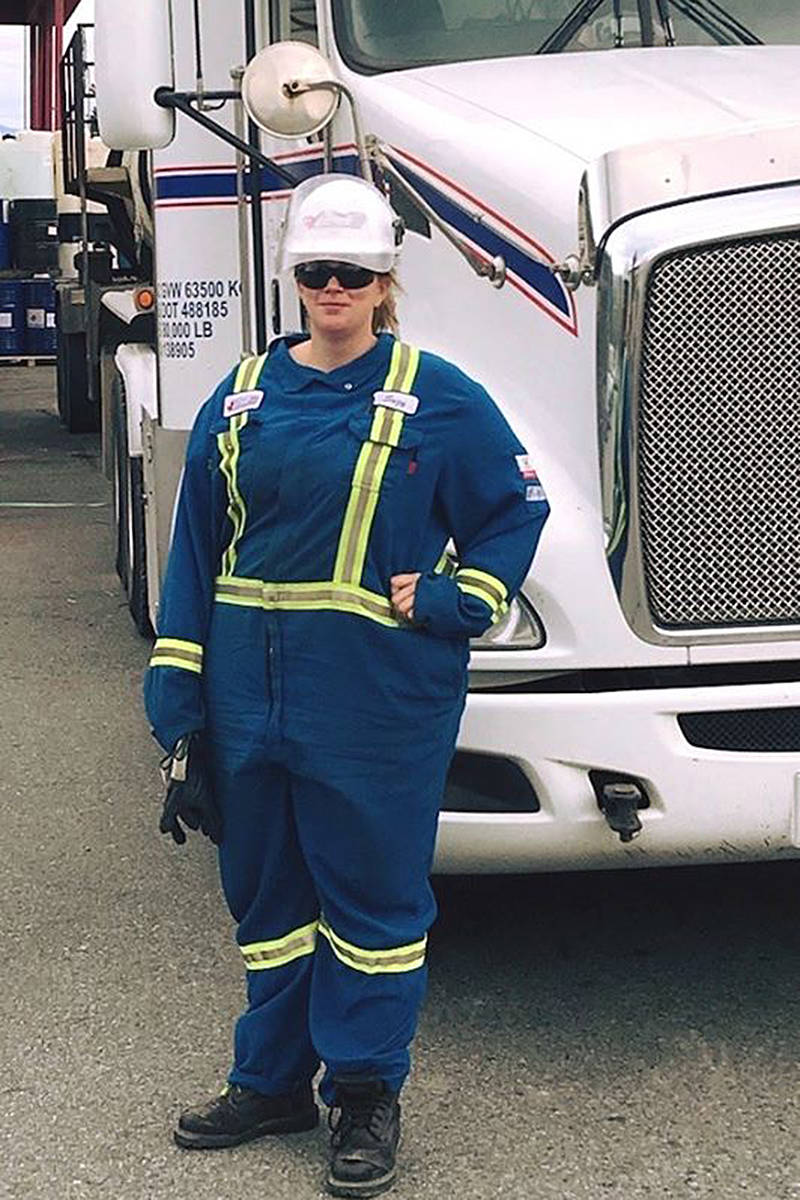 Suzy Sather is one of the drivers for Ken Johnson Trucking. (Photo submitted)

‘I love you – stay away’ says Langley senior to family