Nineteen-year-old John Topping was no stranger to the Western Front, having arrived in France in November 1916. Like other young men from Langley, Topping and his friends had enlisted in the thousand-man-strong 131st (Fraser Valley) Canadian Infantry Battalion earlier that year, only to find themselves reassigned to the 47th Battalion on arriving overseas.

A native of Lancashire, Topping had immigrated to Canada with his parents and younger brother in 1910. By 1915 the family had settled in the emerging community of Langley Prairie. There, young Topping had found work as a gardener in the Timms Market Gardens, a vast complex of greenhouses located just south of today’s Langley City Hall.

Topping’s enlistment was motivated not only by a strong sense of patriotism, but also by the fact that so many of his contemporaries were also joining the forces, close to two dozen men from Langley enlisting in his battalion alone.

Topping had been wounded at Vimy Ridge in May 1917. Despite being injured, he remained at his post. Granted 10 days leave in September, he returned to duty on Oct. 1, a scarce three weeks before the 47th Battalion’s transfer to Flanders.

Topping’s unit, like the rest of the Canadian Corps, had been assigned to fight in the Third Battle of Ypres, more commonly known as Passchendaele, the name of the conflict’s final objective.

Conceived by Sir Douglas Haig, the British Empire’s commander-in-chief, the battle was seen as an opportunity to deal the German army — then perceived as on the verge of collapse — a decisive blow. Haig’s strategy had called for British and Dominion forces to capture the heights east of Ypres then seize the Channel ports, thereby eliminating the U-boat menace that threatened to bring Britain to her knees.

Haig’s plans for a rapid victory had been thwarted not only by unanticipated resistance by the Germans, but also by the weather. Near constant rains plagued the British attack virtually from the outset. Shells hurled by both sides destroyed the area’s drainage system and turned the battlefield into an impenetrable quagmire.

The battle had raged since July 31st. Successive assaults by British, Australian, and New Zealand forces had slowly forced the Germans back. By the time the Canadians arrived in mid-October even Haig began to realize that his hopes for a speedy breakthrough were unlikely to be realized.

Perhaps hoping to save face and to justify the deaths of thousands he had already sent into battle, the British commander refocused his objectives on simply taking Passchendaele.

Haig’s obsession with continuing the battle made little sense to the Canadian commander, Sir Arthur Currie. On learning that he had been ordered to take the village, Currie was aghast: “Let the Germans have it — keep it — rot in it! Rot in the mud! … It isn’t worth a drop of blood!” Haig was unmoved and cryptically advised his colonial subordinate, “Someday I will tell you why, but Passchendaele must be taken.”

Currie had no choice but to obey. He was nonetheless adamant in his demands for additional artillery and extra time to prepare for the offensive. The general and his troops were only too aware of the notorious reputation that Ypres and its salient had acquired over the previous two and a half years. During the course of the battle the area’s image had only worsened.

The Canadians had first fought at Ypres in April 1915, suffering close to 6,000 casualties in a few days’ fighting. Two years later, many of the dead of 1915 — not to mention those more recently killed — still lay unburied, the victims of machine gun bullets, artillery shells, or poisonous gas. The stench of their decomposing bodies was often overwhelming.

Travelling by bus and then on foot, Topping could hear the roar of the German artillery as he and his battalion approached what remained of the famous Flemish city. Ypres had once been one of the largest cities in Europe and home to a thriving trade in wool. Over the previous three years the German bombardment had reduced the city to a vast pile of rubble.

Like its medieval cathedral, Ypres’s venerable Cloth Hall now lay in ruins. As they marched into the Grand Place, Topping and his chums could only imagine the spires and pinnacles that had previously towered above. The men’s musings ended abruptly. Far to the east, a German naval gun could be heard firing towards the city. A huge red-hot shell screeched through the air and smashed into the pavement. The ensuing explosion felled 22 men. Two were killed outright. Topping lay among the wounded strewn across the square. Evacuated to a hospital behind the lines, he died the following day.

Those who survived the shelling continued their trek towards the front. Venturing through the remains of the city’s eastern gate, the battalion encountered an apocalyptic wasteland. Villages known to the Canadians in 1915 had disappeared. No vestige of roads remained. Forests and thickets had been obliterated. Only a handful of leafless, shattered tree trunks endured, stubbornly standing like skeletons amid the devastation.

Formerly verdant pastures had been replaced by a seemingly endless sea of overlapping craters, some “big enough to swallow a house” and most of them filled with water. The swamp was strewn with broken-down tanks, abandoned artillery pieces, and other detritus of war. Repeatedly smashed by shell fire, body parts littered the landscape, attracting rats in their millions.

There were no trenches in the accepted sense of the word; men took shelter in the driest craters they could find. Thousands lay half-submerged in water as they desperately clung to the craters’ rims, faced with the options of drowning or succumbing to a sniper’s bullet.

German pillboxes constructed with reinforced concrete dominated the battlefield. Their fearsome machine guns routinely felled any British or Dominion soldier foolish enough to move by day. Travel by night was equally dangerous. Those who strayed off the wooden “duckboard” paths laid by the military’s engineers risked falling and drowning in the mud. Low-hanging clouds only added to the gloom.

For many soldiers, like the British war poet Siegfried Sassoon, the battlefield evoked the underworld:

I died in hell — (They called it Passchendaele).

My wound was slight,

And I was hobbling back; and then a shell

Burst slick upon the duckboards: so I fell

Into the bottomless mud, and lost the light.

Arriving in the area in early October, Currie took stock of the battlefield. His strategy would be similar to the one he had employed at Vimy Ridge just six months earlier. After a period of careful preparation and training, the Canadians would embark on a series of measured “bite and hold” attacks, each about three days apart. Battalions would be rotated throughout the action, ensuring that fresh troops would participate in each and every action.

With support from other units on their flanks, John Topping’s comrades in the 47th Battalion were among the first to go over the top. Assailed by heavy rain and slogging through mud up to their waists, the Fraser Valley men captured a position not far from Passchendaele on October 26th. Murrayville’s Archie Payne, a captain in the 47th, distinguished himself in the action by winning the Military Cross (a decoration for bravery awarded to junior officers) after continuously exposing himself to danger while supplying the 47th’s front-line troops. Captain Hector Jackson of Aldergrove was also awarded the decoration, for laying out and supervising the construction of a trench and bringing several wounded in to safety, all while under heavy German fire.

Fort Langley farmer Arthur Wilson, who had only recently returned to the 47th after being wounded at Vimy Ridge, was also among those participating in the attack. Wilson’s reunion with his friends was tragically short-lived. The 21-year-old was killed by a sniper’s bullet on the third day of the attack. His friend and neighbour, logger Eugene Allard, perished the following day, likely felled by a German machine gun.

Vancouver’s Seaforth Highlanders took to the field on October 30th, advancing the Canadian lines a few hundred yards before entering Passchendaele village itself. Fort Langley farmer Robert Dale Armstrong was in the thick of the unit’s action and would later be awarded the Military Medal (a decoration for bravery awarded to enlisted men) for standing by his isolated machine gun post and accounting “for many of the enemy” until finally relieved several days later.

Impressed that Passchendaele had finally been captured, Sir Douglas Haig described the Seaforths’ accomplishment as “a feat of arms which would go down in the annals of British history as one of the great achievements of a single unit.”

However well meant, the field marshal’s accolades would do little to comfort the families of those lost in the action, such as those of 28-year-old Harry Brawn, a Murrayville farmer turned stretcher-bearer. Brawn was killed while dressing the wounds of a fallen comrade. The Brawn family’s grief was only compounded when, a few weeks later, the Canadian government demanded the return of $30 overpaid to his account.

Although the village had been taken, the battle was not yet quite over. Entering the field on November 6th, the 7th (British Columbia) and the 29th (Vancouver) battalions continued the assault, pressing forward through the aptly named Vindictive Crossroads to assist in the capture of the ridge beyond the village on November 10th. It was only then that the battle ended.

During the course of the action, Fort Langley’s Alexander McKenzie Brown had relentlessly carried ammunition to the front line troops, collected the wounded, and successfully carried many of them to receive medical aid. He, too, would be awarded the Military Medal for his heroism.

Like each of the assaults that preceded it, the action of November 6th to 10th came at a terrible price. The 7th battalion alone sustained 376 casualties in just five days of fighting. West Langley farmer Carleton Brown and Langley Prairie gardener Francis Hubert Read, both of whom were members of the unit, were among those killed on November 10th, the battle’s final day.

Haig’s hopes for a decisive victory on the scale of Agincourt, Blenheim, or Waterloo had not been realized. Although the newspapers lauded the Canadian achievement, even the generals had to admit that the prize had not been worth the effort.

The British and Canadians had captured a series of what proved to be indefensible positions. Upwards of 275,000 British and Dominion troops (including over 15,000 Canadians) had fallen in the battle, about 3,100 men for every yard gained. To make matters worse, the Germans would recapture the Passchendaele sector a few months later, after only five days of fighting.

Winston Churchill would later label the 1917 Battle of Passchendaele as a “forlorn expenditure of valour and life without equal in futility.” Looking back at the debacle, it is difficult to disagree.

Langley Times contributor Warren Sommer is the author of ‘Canucks in Khaki: Langley, the Lower Mainland, and the Great War of 1914 to 1918,’ available at the Langley Centennial Museum or by contacting bsommer@telus.net. 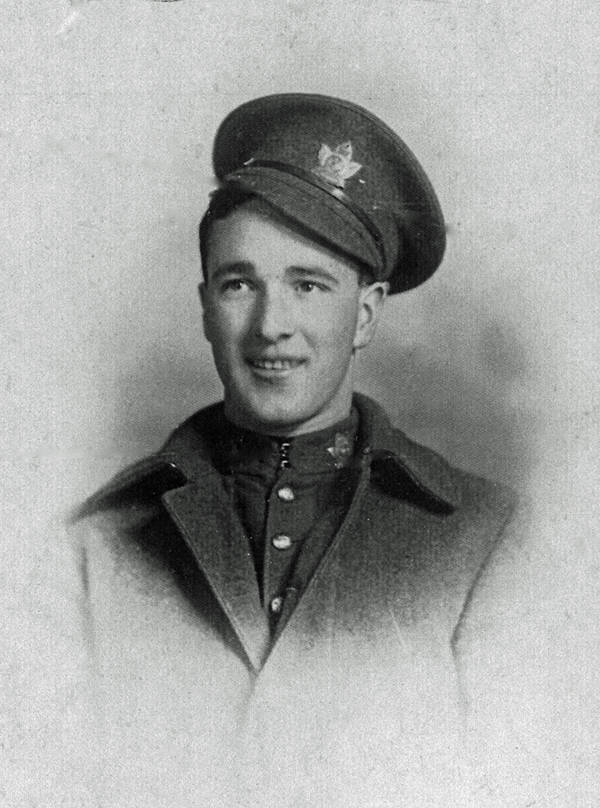 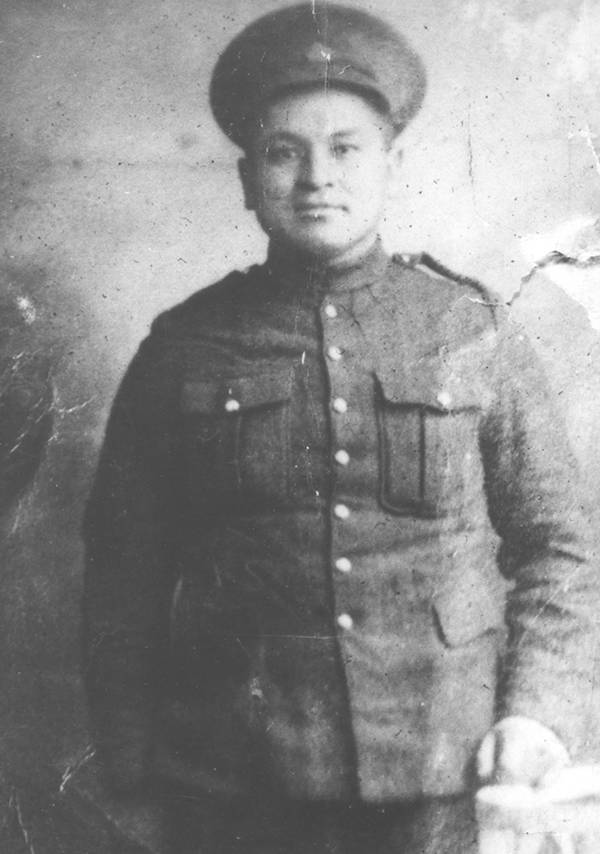 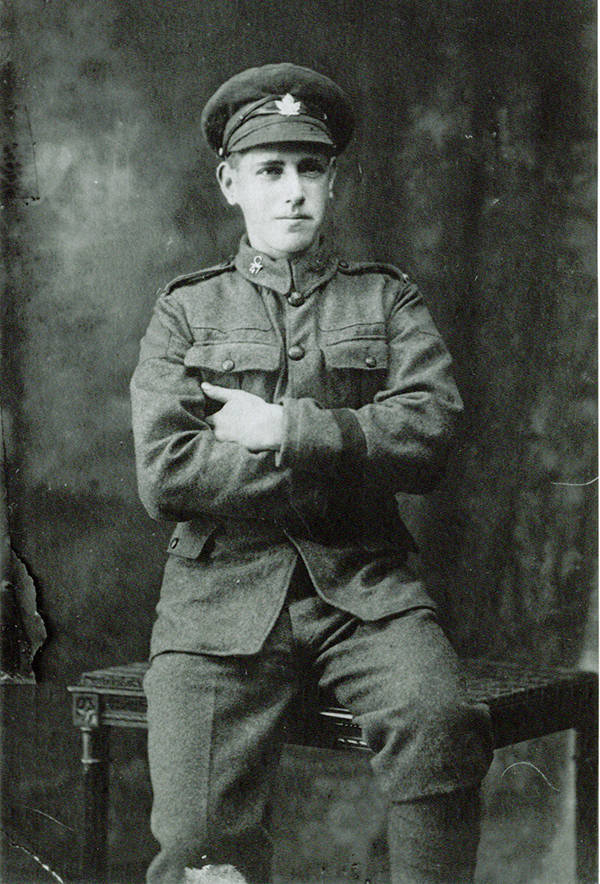