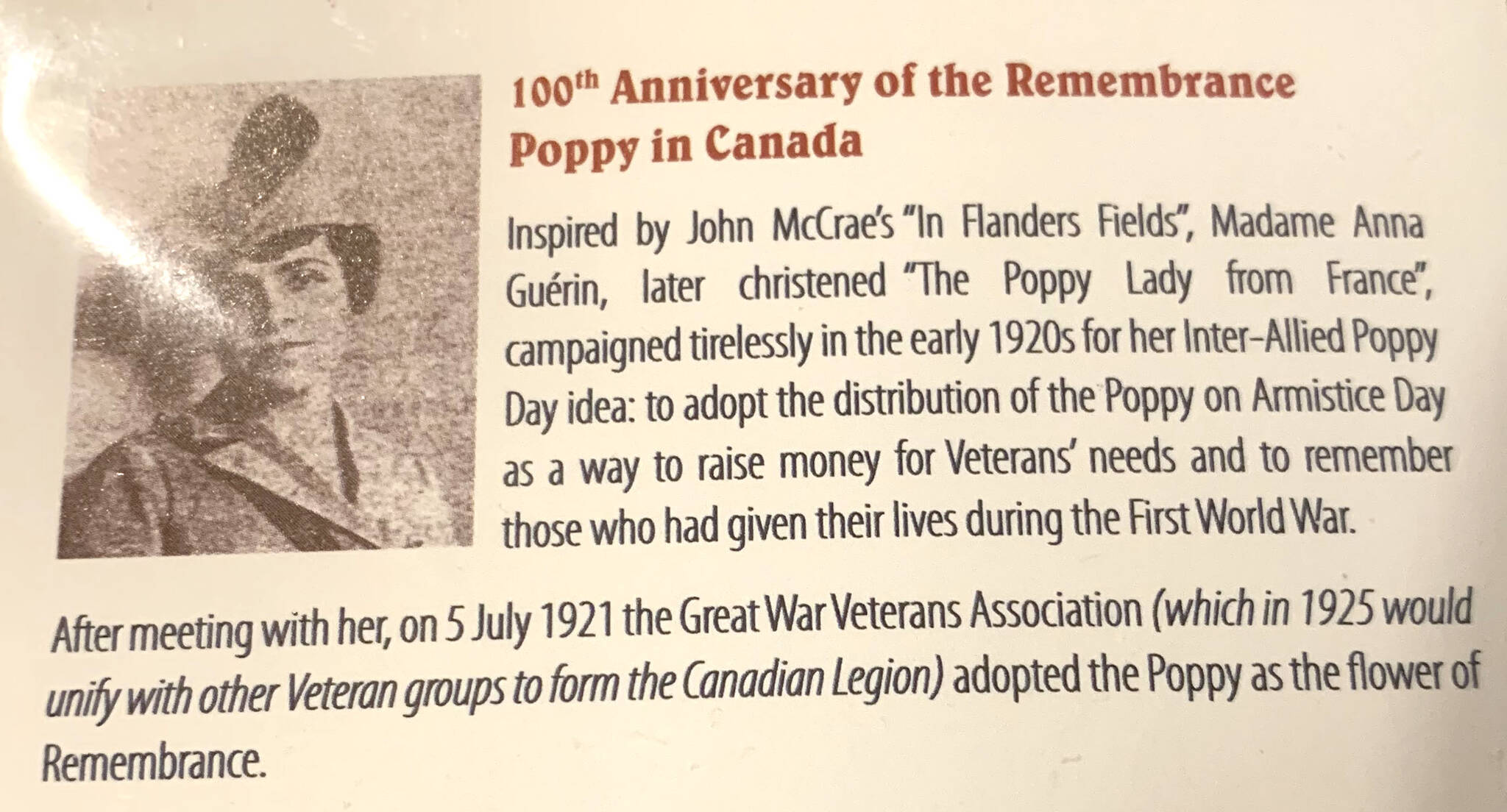 This year marks the 100th anniversary of the poppy campaign.

Shopping at The Poppy Store is another way to support Veterans and honour the 100th anniversary of the Remembrance Poppy!

Use code POPPY100 for a free Poppy Magnet with every online purchase: https://t.co/hAqXJHbQix#Poppy100 pic.twitter.com/ZiSwprSMpn

People can pick up special commemorative poppies at the branch.

“There are only a limited amount of the 100th anniversary poppies, we have about 100 to give out at the legion,” said Doug Hadley, president of the Aldergrove legion.

Starting Oct. 29, volunteers will be putting boxes of poppies in schools, and local businesses are Aldergrove.

“We have about 300 to 400 boxes of poppies. Volunteers are the legion will be putting out around the community,” added Haldey.

Typically, people put change into the poppy donation box before taking a poppy, but Hadley said, this year a few places in the community will have a credit card option.

“Some people don’t carry around change, so we’re setting up a system that people can use to donate with a credit card instead,” Hadley explained.

Donations collected during the fundraiser are used to support legion programs for veterans, such as emergency food and shelter.

People can get poppies at schools, local businesses, and the legion from Oct. 29 to Nov. 11.