A six-year-old girl who has spent 85 weeks battling brain cancer was treated to a three-minute shopping spree at the Toys “R” Us store at Willowbrook Shopping Centre in Langley early Monday morning.

Talia Mahseredjian, older brother Emile and parents Raffi and Marina raced through the store, filling their shopping carts with as many free toys as they could within the allotted time.

Store staff, who arrived more than two hours before the normal opening to assist, followed in their wake, making sure nothing was missed by plucking toys and gadgets off shelves that Talia and her brother had expressed an interest in during an earlier, more leisurely walk through the store, the recently opened B.C. flagship in the Toys ‘R’ Us chain.

They were guided on their mission by the cheerfully bombastic “Captain Starlight” a cartoonish superhero representing the Starlight Children’s foundation, the agency behind the three-minute dash program.

The night before the event, the captain had dinner with the family to introduce himself and make sure Talia would be comfortable.

She seemed entirely relaxed the next day as she sprinted through the aisles making rapid-fire selections with her family, the captain and a group of photographers and videographers recording her progress.

Talia spent about half her time in the Lego and Barbie displays.

When it was all over, five shopping carts were filled to overflowing.

Did she get everything she wanted?

Her favourite acquisition was a plush puppy toy, though a giant fluffy pink unicorn that was bigger than her appeared to be a close second.

The unicorn was a gift from the store presented before the dash got underway.

After running flat-out through the many different toy sections, parents Raffi and Marina needed a moment to catch their breath.

“I was screaming a lot and he was sweating a lot,” Marina said, laughing.

“We’ve got about three years’ worth of Lego.”

Both parents said they are proud of Marina for the fight she is waging.

“She bears it (the chemotherapy and other cancer therapies) amazing well.”

They are also proud of Emile for his “amazing support” of his sister, Marina said.

“We are very thankful,” Raffi said of the three-minute dash program.

The program — now in its fourth year— is donated by Toys “R” Us as part of their partnership with Starlight.

For over 23 years the Foundation has helping Canadian children who live with serious illness and their families.

While in-hospital, Starlight provides “distraction, entertainment and relief from the stress and boredom of hospitalization” in the words of its online mission statement.

When out-of-hospital, Starlight children benefit from ‘Escapes’ and ‘Wishes’ programs like the dash.

“Our mission is to brighten the lives of seriously ill children and their families,” said Starlight Executive Director Brian Bringolf.

Each dash recipient was randomly selected as part of a contest Starlight held this summer, in which families were asked to share the details of their child’s care journey and send them to their local Starlight program co-ordinator for entry.

Through in-store and online campaigns, 3-Minute Dashes, their Starlight Gala event sponsorship, and donations to in-hospital, neonatal care and out-of-hospital programs, they have donated $17 million to Starlight.

RELATED: Dashing through the store 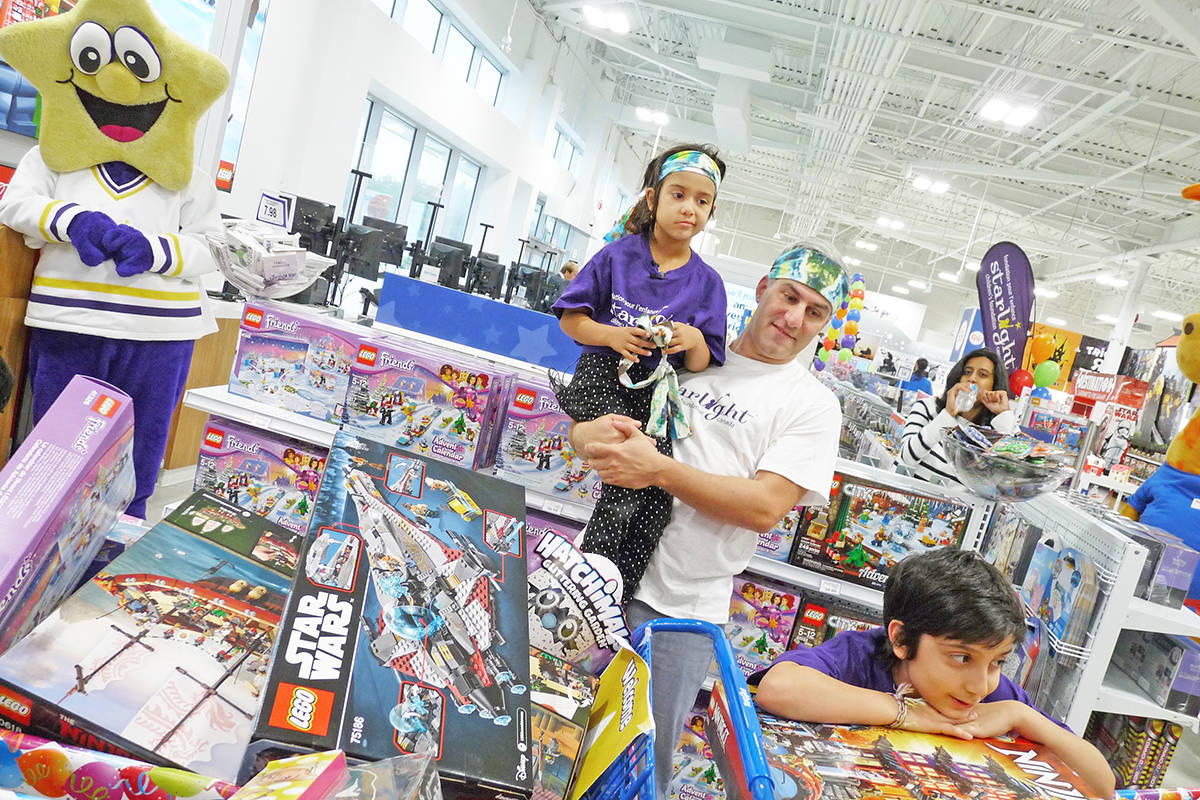 Raffi Mahseredjian lifts up daughter Talia so she can get a better look at the toys the family collected during a three-minute dash through the Langley Toys “R” Us store. Dan Ferguson Langley Times 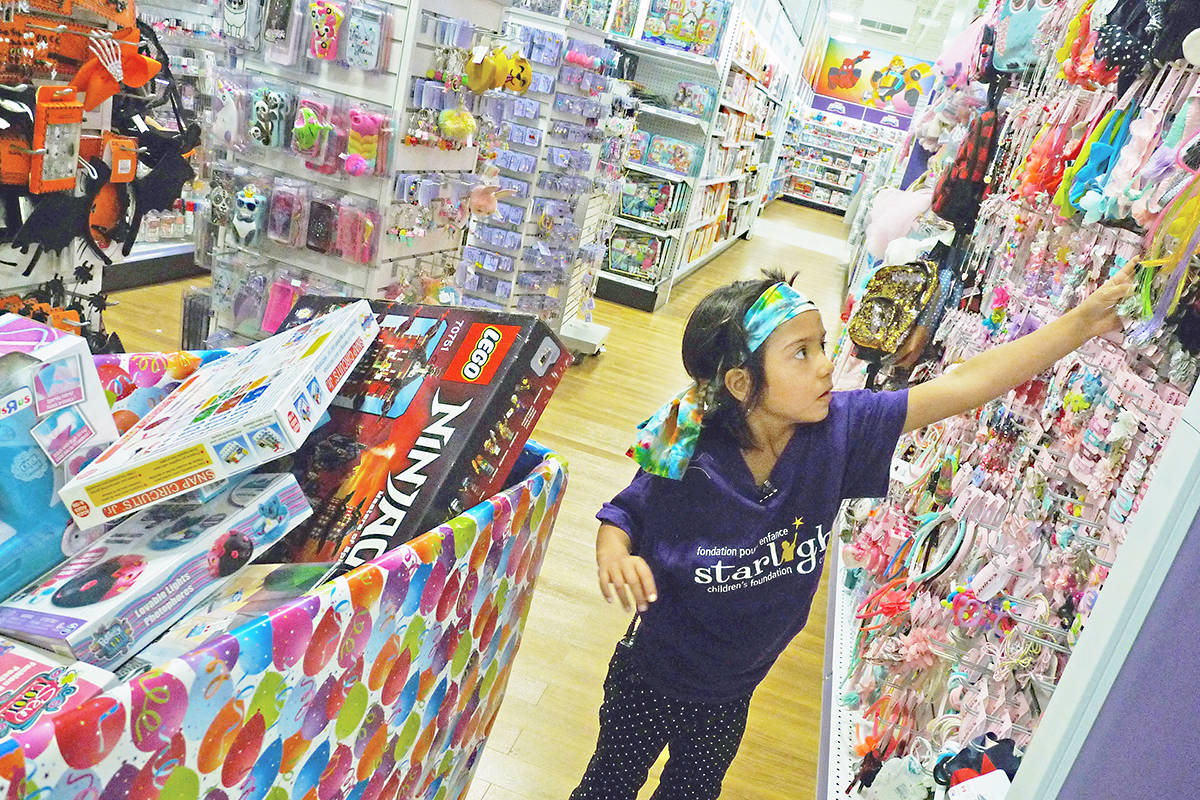 Talia Mahseredjian had three minutes to collect all the toys she could. The young cancer patient and her family filled several buggies during an early morning spree at the Langley Toys “R” Us store. Dan Ferguson Langley Times

Langley celebrates a day about reconcilation and hope