A small group of colourfully-clad people stood out from the other visitors to Fort Langley during a recent weekend.

It wasn’t their interest in the historical sites that made them stand out, it was the clothes they were wearing — meticulously crafted recreations of of the garments worn two centuries ago during the time of the voyageurs and the fur trade, when Fort Langley was truly a fort.

Both the clothes and the tour were the creation of Joanne Plourde, who described herself as a costumer who works in the film business, who moved to B.C. to learn how to speak English and stayed.

Plourde said she was moved to create the tour partly out of irritation with the lack of attention given to the contribution French-Canadians have made to the early history of B.C.

It started when she saw the opening ceremonies of the Vancouver Winter Olympics and felt French-Canadians deserved better attention.

“I didn’t recognize myself in it,” she said.

The details were just wrong, according to Plourde, like having a a single performer act out being a voyageur in a canoe, when the historically correct number would be more like “eight guys.”

“It provoked me to say, well, our history has been forgotten.”

She founded a voyageur group, “like scouts for older people,” she said.

Then, when she learned about the specific contributions French-Canadians made to Langley, the idea of an immersive tour where participants would experience history directly took hold.

“There were 25, 26 French-Canadians who built the (first) fort,” Plourde said.

“I wanted to tell the story of the very first Fort Langley.”

Potential participants were sought out through social media.

The tour was timed for Feb. 17, the 190th anniversary of the first Fort Langley.

There were less than a dozen people who took part in the by-donation event, but they were not average tourists.

Among them, there were artists, a historian from Seattle, an activist for historical preservation and a historical re-enactor well-versed in the early history of the Fort.

The tour started in Portage Park at historic Michaud House, and ended at Derby Reach, the original site of Fort Langley, just downriver from the current community.

Along the way, it stopped at various historical points of interest, including the Hudson’s Bay cemetery next to St George’s Anglican Church where Plourde noted the number of French names on a memorial plaque.

“We’re all dressed up,” she told a Times reporter who caught up with the group at the church.

“We’re having fun. It’s to have a great time and inform people.”

The tour ended with presentations by special guest historians, songs of the voyageurs and stories about the area of Langley-Derby in 1828.

Plourde plans to do another tour next year.

After the event, the activist for historical preservation, Réjean Beaulieu, emailed The Times to say the event was about reclaiming “an important, somewhat buried portion of our collective history as lower mainlanders, British Columbians or people living in the Pacific North West.

That history is not about any particular ethnic group, he said. 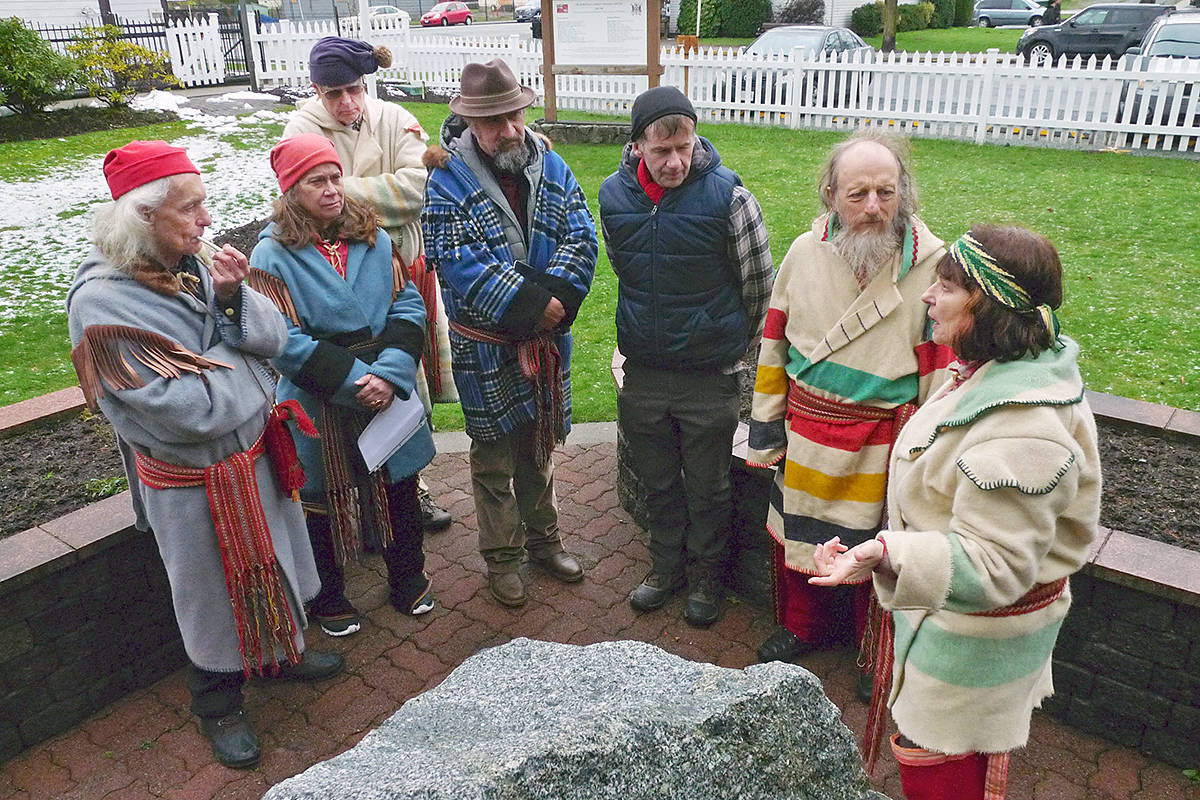