Hundreds of model train fanatics are expected to attend “Train Day” at the BC Farm Museum in historic Fort Langley this BC Day holiday weekend.

“We get people from all over,” said Langley resident Laurie Griffiths, a member of the Fraser Valley G Scale Friends club that organizes the annual event.

When asked if the event amounted to Comicon for model train fanatics, Griffith agreed.

“In a sense, yes it is,” Griffiths said, in that both attract dedicated fans with a very specific interest, and some even show up in costume.

Train buffs who attend the Langley event can expect to see a wide range of model size and types, ranging from G Scale to smaller trains, from electric-powered models to live steam engines that use butane instead of coal to heat their boilers.

Griffiths, who currently owns “eight or nine” engines and about 20 cars, will be showing some of his own collection of passenger and freight rolling stock.

He caught the model train bug at an early age.

“My dad was playing with a train in the basement (around the time) I was born.”

His first trains were smaller, less expensive scale models, then he upgraded to the larger garden class.

The Fraser Valley G Scale Friends is one of two in the Lower Mainland devoted to “G” scale trains, some of the biggest model trains built.

“It’s one below what you ride on,” Griffiths explained.

Because of their size and durability, G Scale model trains are often used outdoors, where they are known as garden railways.

That morning, volunteers will assemble a 24-section table-top with a double loop of track and miniature buildings that covers 16 by 30 feet of space.

There will be other displays, too, including steam-powered engines ranging from tiny scale-model generators to the full-size 1902 Case steam engine that will be operated by museum vice-president Jim Mair.

“I call it the biggest toy in the sandbox — and I get to play with it,” Mair said.

Organizers have some common sense rules of etiquette for visitors that include no touching of trains or the switches that redirect trains from one track to another.

Children have been known to flip the switches, causing accidental collisions, Griffiths said.

During Train Day, the museum will also be showing off vintage maps and survey equipment, some of some it more than 115 years old, plus the annual “old and new” exhibit that displays old-fashioned technology next to modern versions, including tractors, trucks, phones, cameras and books.

Admission is by donation. The museum suggests $5 per family.

The BC Farm Museum houses one of the largest collections of agricultural artifacts in the province, and unlike other museums which have many items in storage, the entire collection is on display.

The museum is operated entirely by volunteers.

Note: an earlier version of this story mentioned HO model trains would be on display. Organizers said they planned to, but didn’t have enough display space. 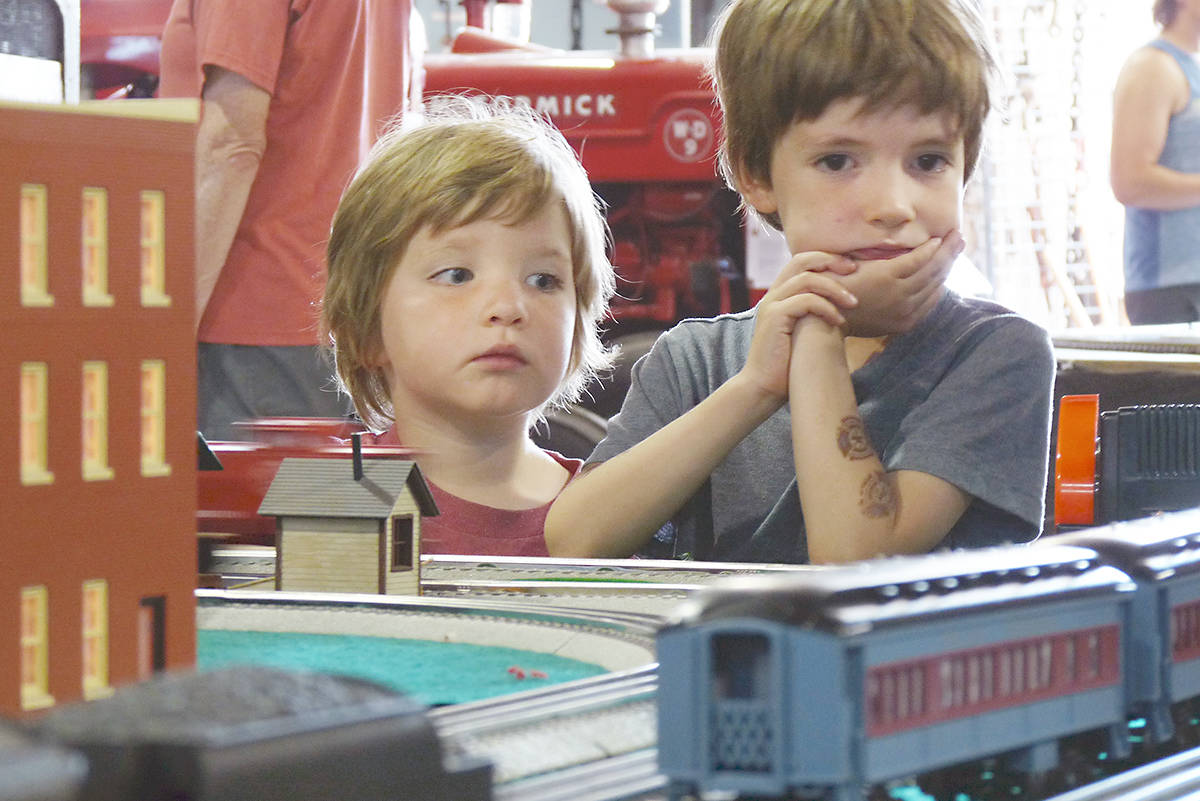 Brothers Felix and Lars watch one of the smaller-scale trains in action. Dan Ferguson Langley Times 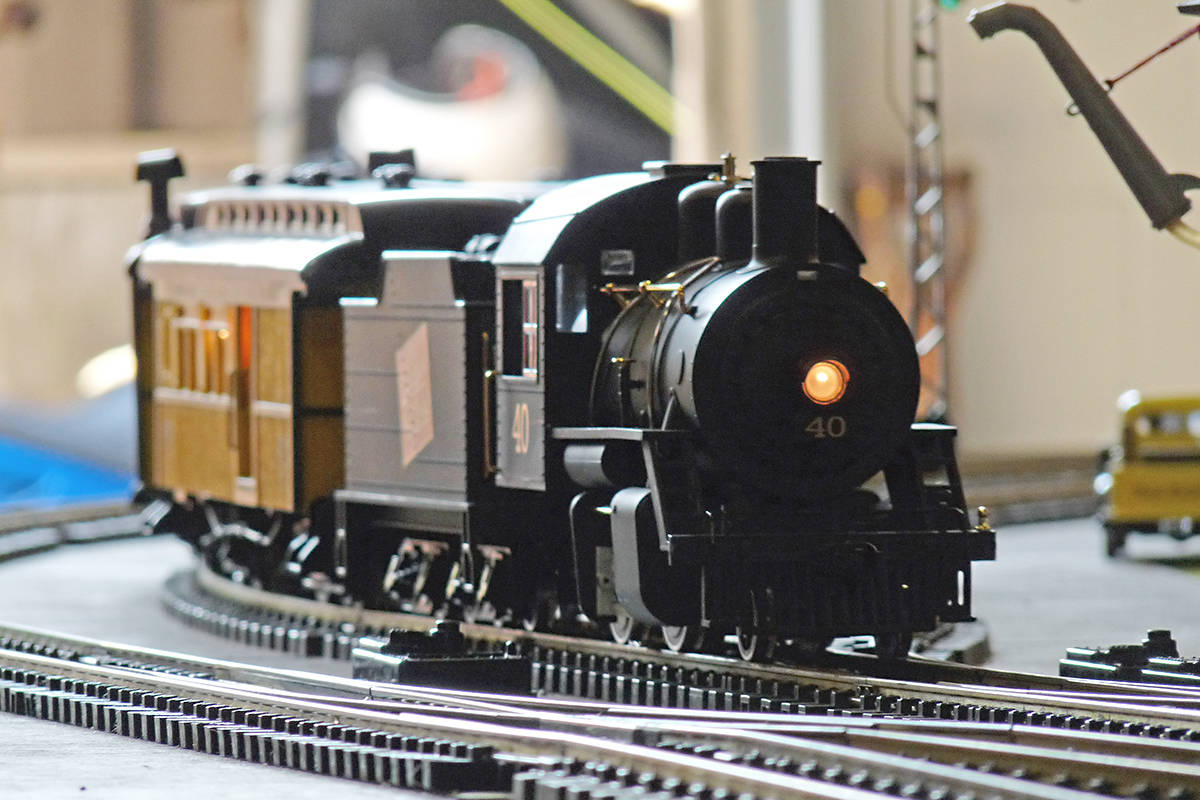 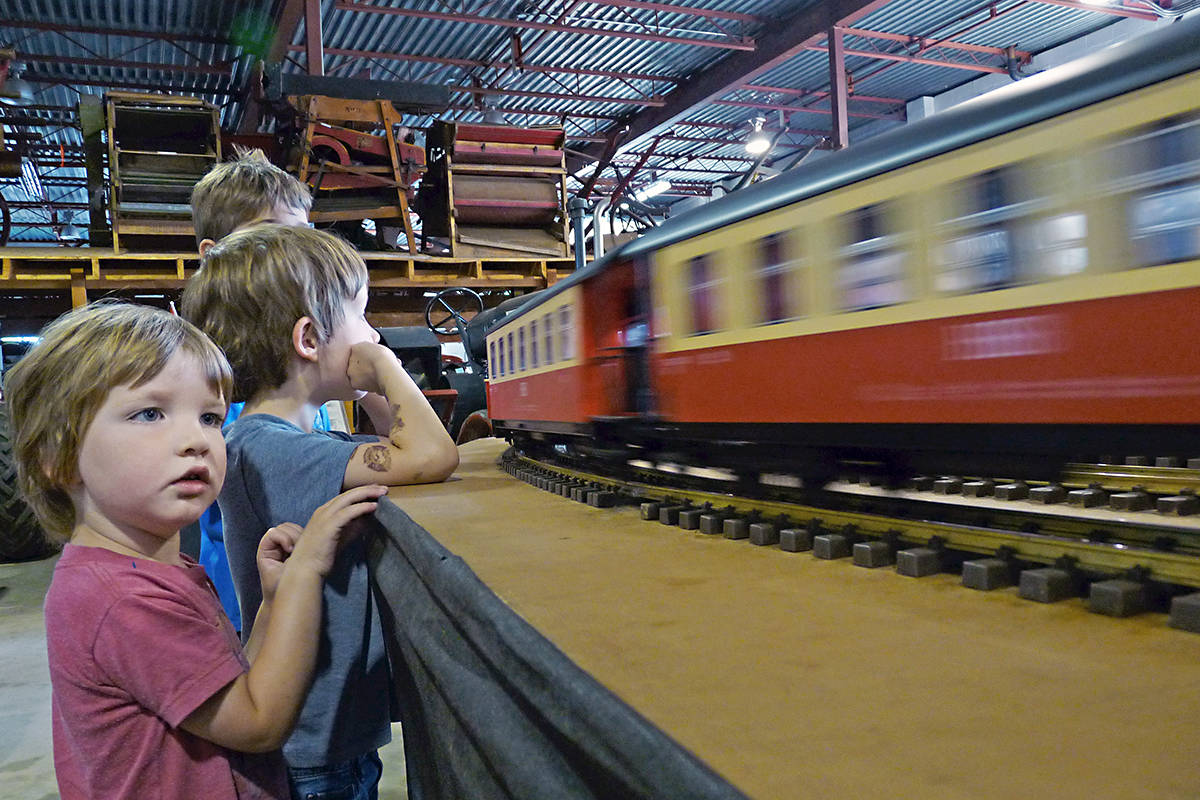 Bring your library card to the fair at the PNE

How well do you really know British Columbia?