While he waited for the pandemic to end so he can reunite with his wife and son in China, Langley City resident John Lombard decided it was time to do something about his ‘dad bod.’

His solution was to sign up for “Radical Body Transformations,” a reality-television show where contestants aim for dramatic overhauls of their physiques.

Lombard, who has a friend in Cranbrook as a remote workout buddy, has been posting updates to their Instagram page www.instagram.com/dadbod2radbod2021.

A post shared by John and Nate – RBT Challenge (@dadbod2radbod2021)

Produced in Canada, the show is in its third season on the Amazon Prime streaming service.

“They had an open call,” Lombard told the Langley Advance Times.

“They loved the story.”

It was the story of a man who has undergone heart surgery, twice.

The first operation, more than 20 years ago, was to insert a stent to widen a clogged artery. The second, more recently, was open heart, double bypass surgery.

“It was at this point that I realized that with the way I was going, I wouldn’t live long enough to see my son graduate from university, get married, etcetera,” Lombard recalled.

He set out to get healthier, but didn’t have any specific plan, and did it in “fits and starts, nothing consistent.”

While he was considering his next move, he found out about the show.

“For me, the Radical Body Transformation is my last shot to turn my life around,” he said.

“If I can’t do this with the support of international-quality trainers, and the motivation of winning up to $100,000, then I’ll never be able to do it.”

A letter from “Radical Body Transformations” to Lombard from Executive Producer James Hergott advised that the show “will be following your progress over the next few months and will fly out and film your transformation assuming that there will be no travel restrictions or lockdowns within Canada at that time and that you transform in a substantive way.”

Lombard’s story is also about a man who came back to Canada from China to pursue an opportunity for his family, only to have the pandemic ruin his plans.

Lombard’s wife Charlene is originally from Chengdu, in Sichuan province, and lives with their three-year-old son Jaden in Dongguan, what Lombard described as a ‘smaller’ Chinese city of 7.5 million people in the Pearl River Delta region of Southern China.

“I came back to Canada in 2018,” Lombard told the Langley Advance Times.

“The plan was to get my business going here first, so that I’d have the funds to support them.”

But then COVID hit, and he’s had to make do with videoconference chats.

Charlene is very supportive of his fitness adventure, Lombard said.

“Oh, she loves it. She’s 100 per cent behind it, for her husband to get in better shape, to be an example to our son.”

After his first few weeks of workouts, he’s optimistic.

“The new exercise program is tough, but I’m sticking with it, and already getting results.” 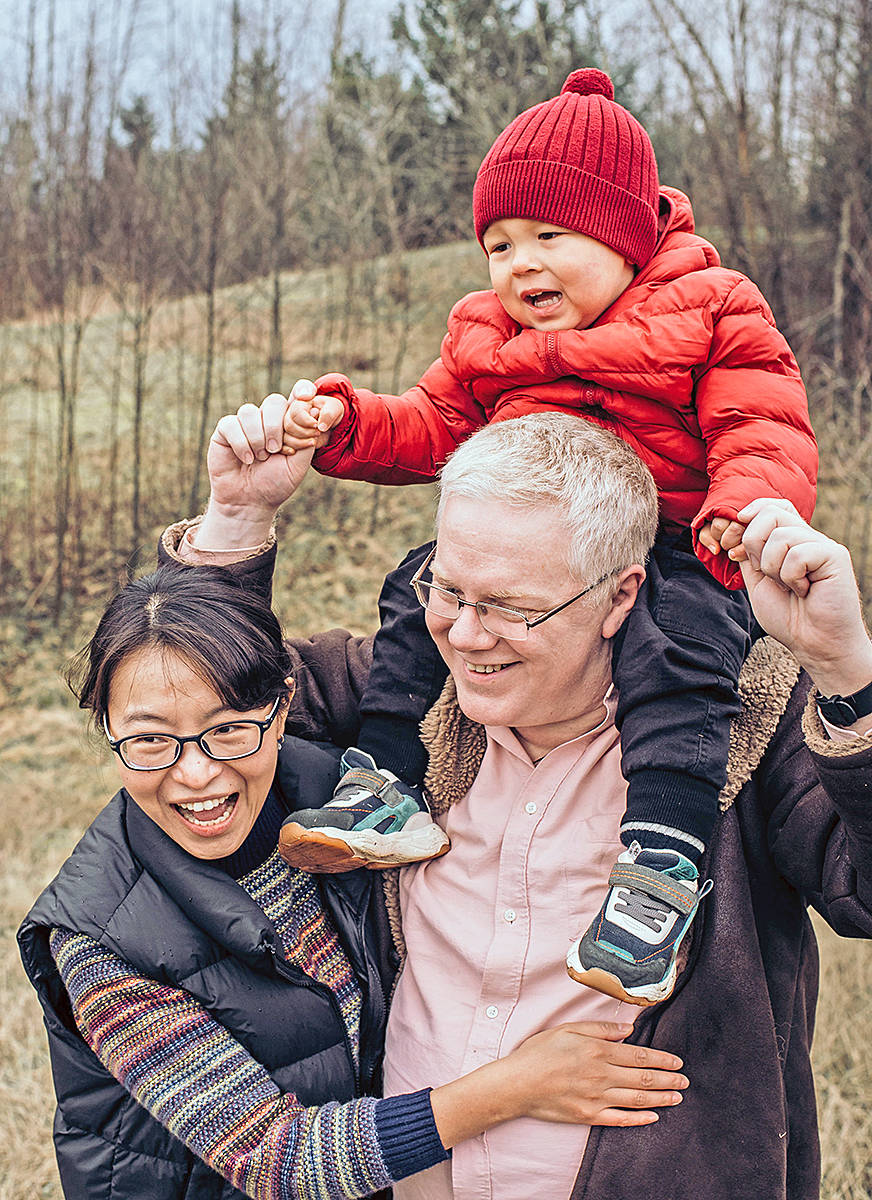 VIDEO: A playground for students, by students, at Topham Elementary School