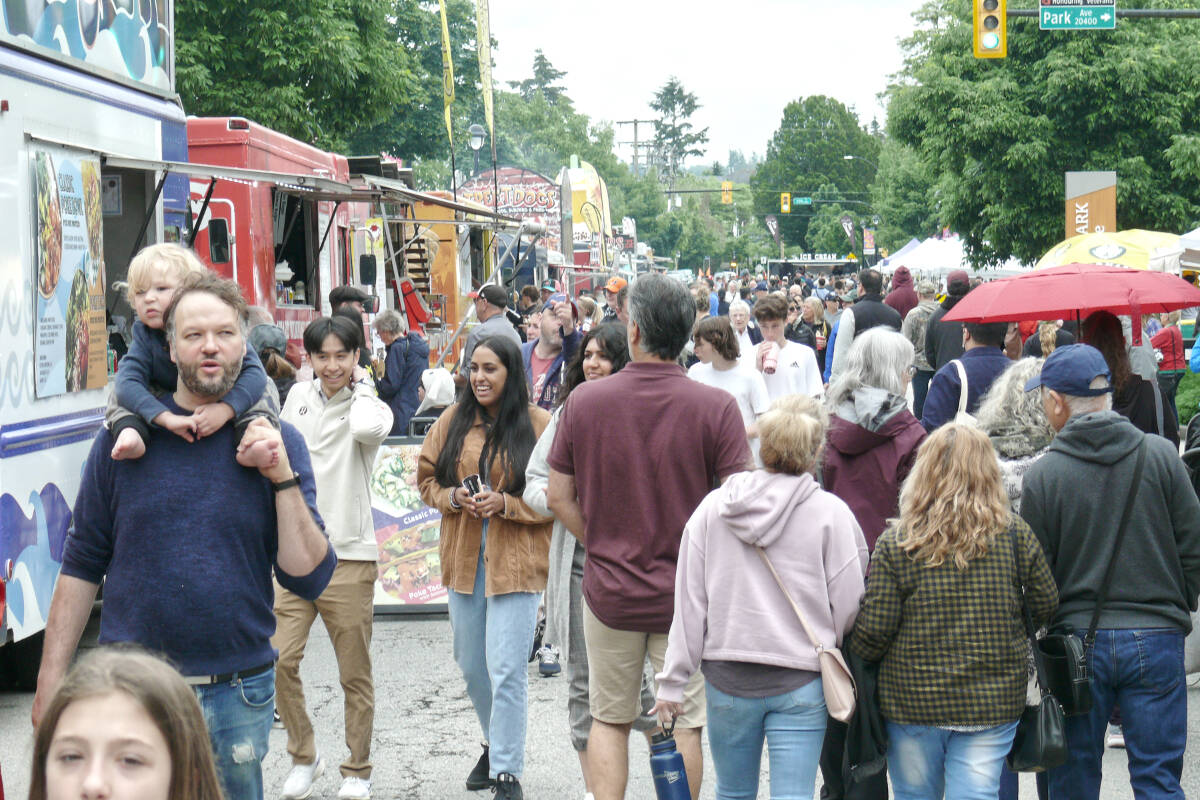 It was the biggest turnout for a Langley City Community Day, with the first post-pandemic version taking place on Saturday, June 18. (Dan Ferguson/Langley Advance Times) 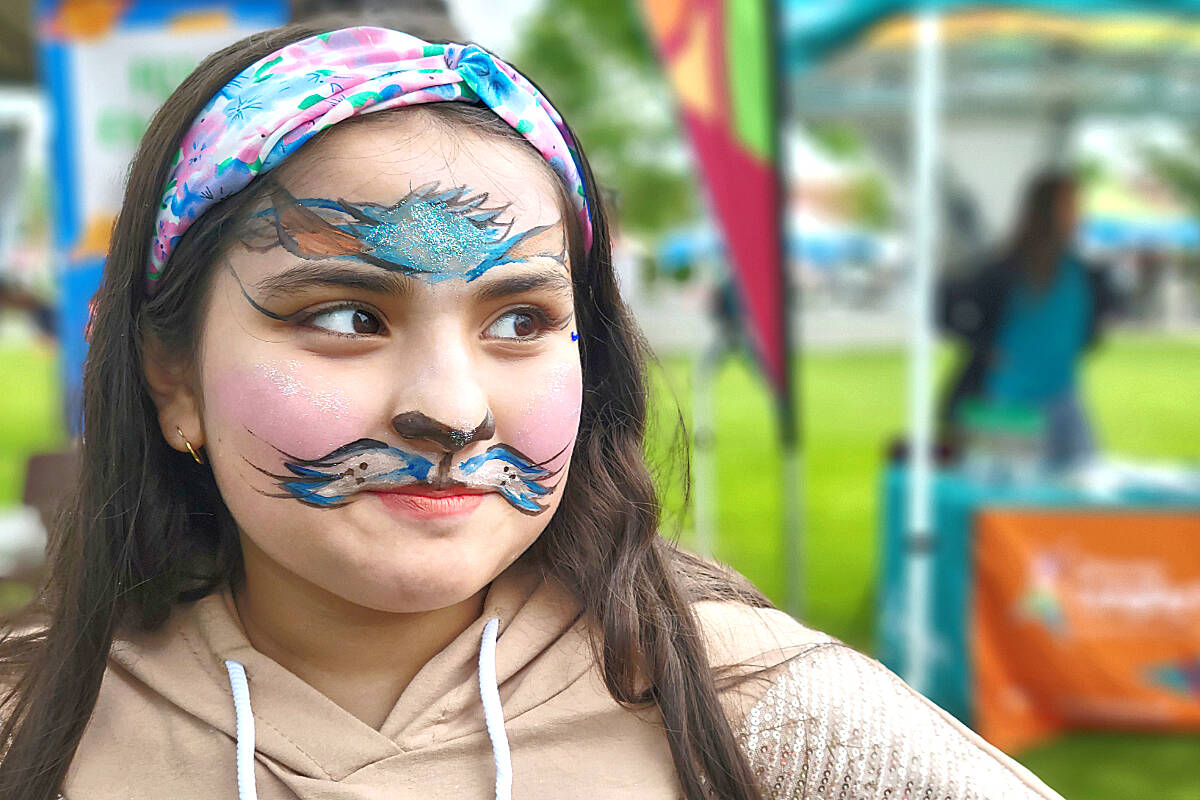 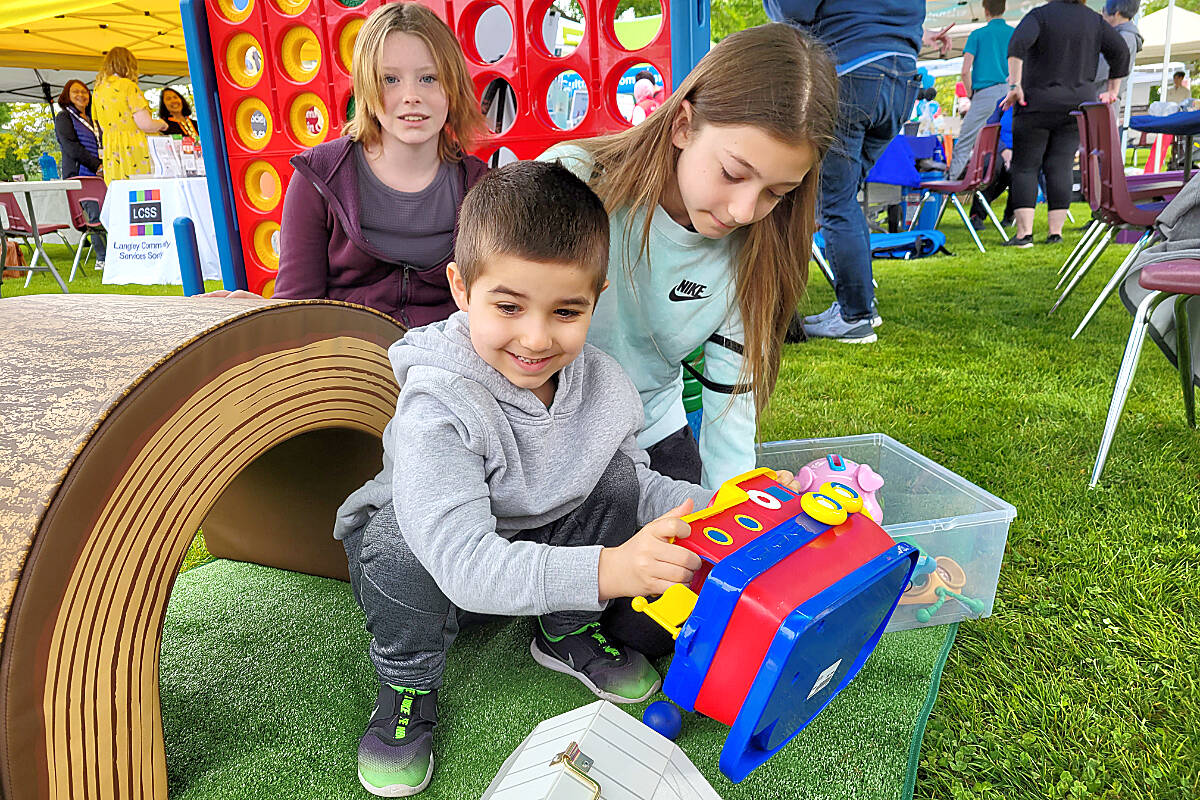 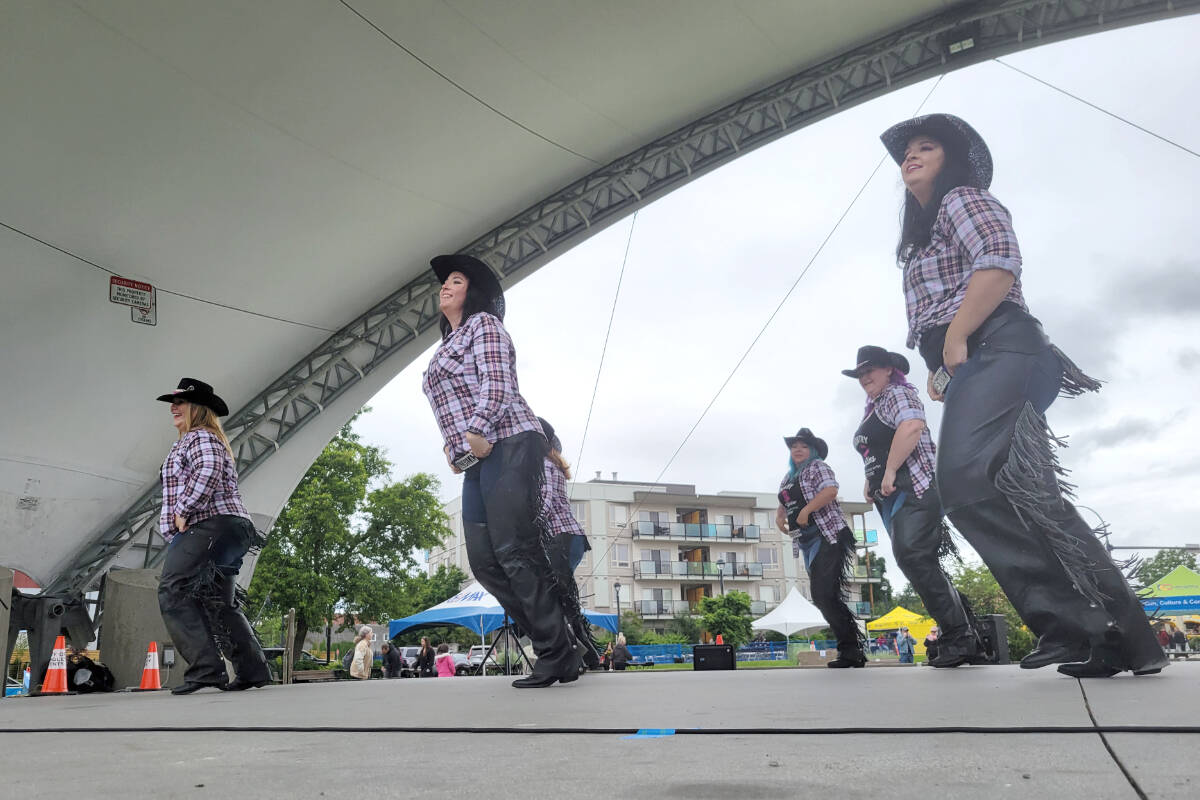 Country Cuties were one of several acts to perform at the main stage at Douglas Park during Langley City Community Day on Saturday, June 18. (Dan Ferguson/Langley Advance Times) 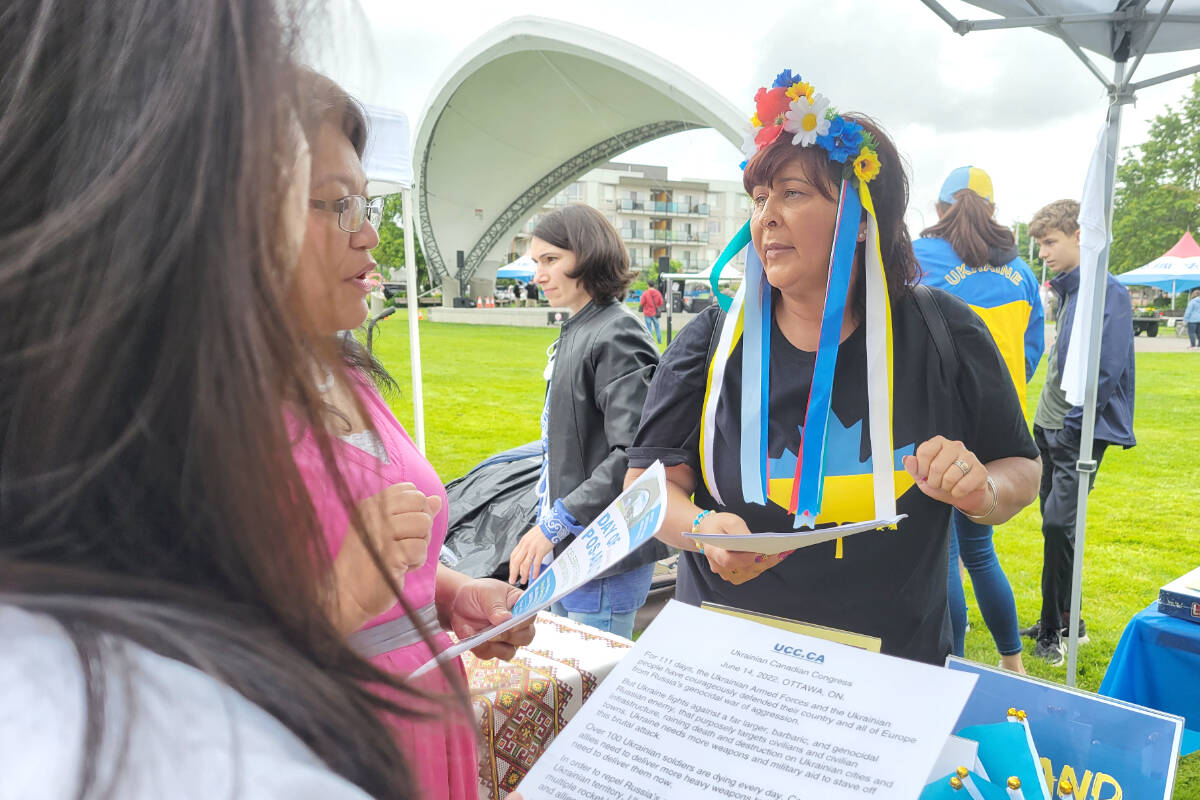 Thousands filled the streets around Langley City’s Douglas Park on Saturday, June 18, for the first Community Day since the pandemic.

Councillor Rosemary Wallace, chair of the City Community Day committee said it was the largest attendance ever recorded for the event.

“I was overwhelmed, actually, with this turnout,” a delighted Wallace told the Langley Advance Times.

“I thought the day went very well. It was a party to be had.”

“It’s such a positive thing to have this after a couple of years of COVID,” Wallace commented.

Community Day was started 27 years ago by then-mayor Marlene Grinnell, who was to be acknowledged as the founder on the day of the event, but was unable to attend owing to a family responsibility.

Wallace, an artist, created an image of Grinnell “in her famous red jacket and holding up a Community Days Sign,” to be presented later.

Among the attractions were a rock climbing wall, free games, and the return of the Langley Fire Department practice for kids, that included donning turnout gear and hitting a target with a fire house. 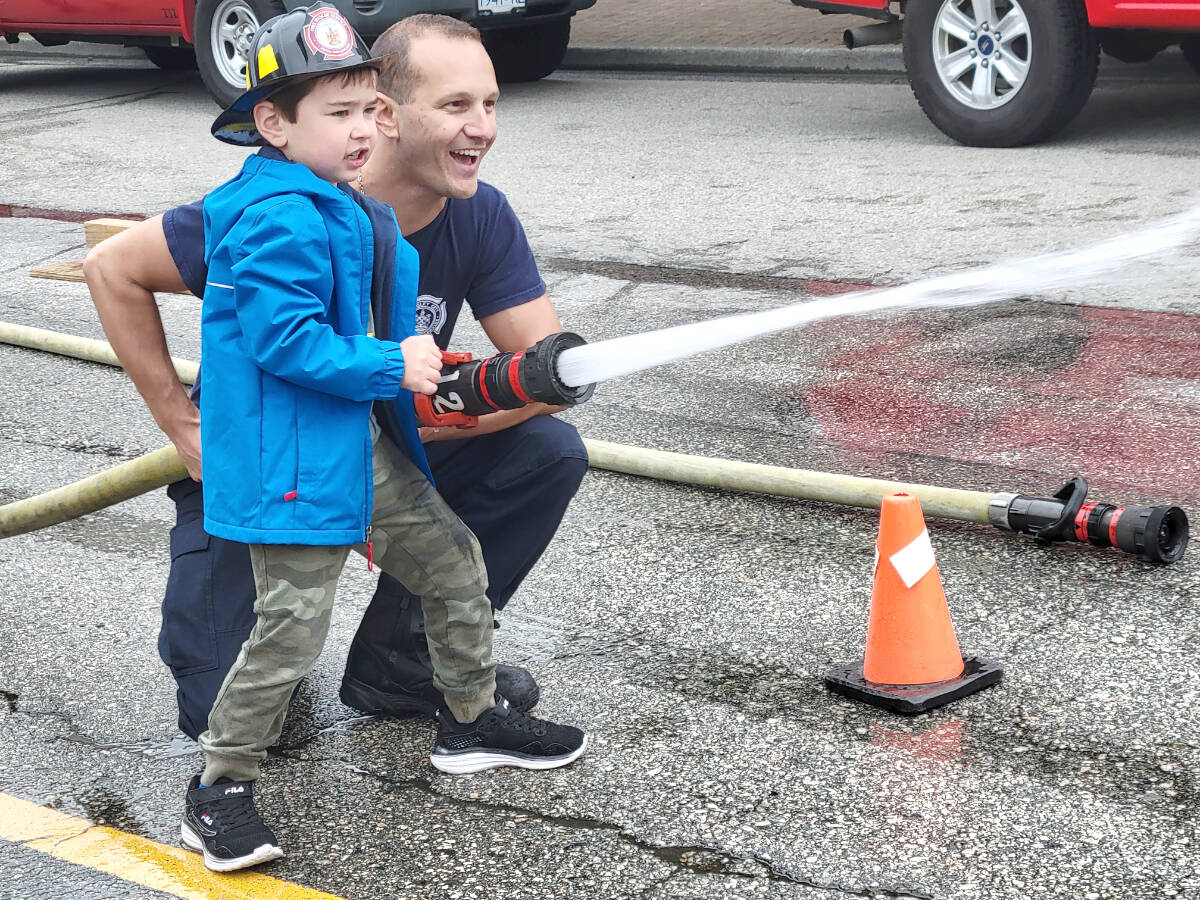 When your dad is a firefighter, you know how to operate a high-pressure hose. Matteo Deluca, 5, with dad Brinton, a Langley City paid-on-call firefighter, tackled the kid’s course together during Langley City Community Day, on Saturday, June 18. (Dan Ferguson/Langley Advance Times)

There were more than 40 community booths, the most ever, including the Ukrainian Canadian Congress, which was raising funds for Ukraine relief, Encompass Support Services and the Langley Animal Protection Society (LAPS), which was visited by Brookswood resident Bob Schwartz and his dog, Evelyn, a 10-year-old rescue that he adopted from the LAPS shelter.

“It’s nice to be back in action,” Schwartz observed, “good to get back into life.” 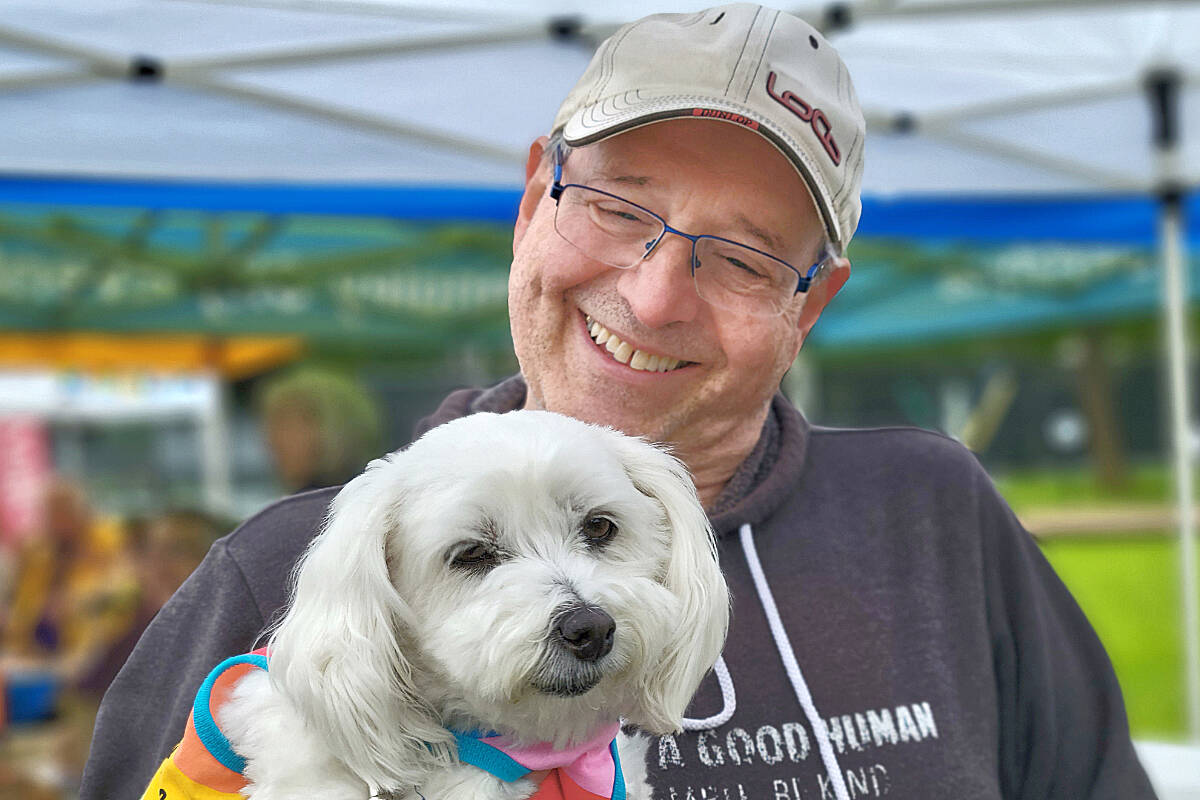 “It’s been a long couple of years and we are so super happy to have everyone here again,” van den Broek sad.

More than 20 food trucks were serving everything form min-doughnuts to burgers, and the main stage was host to a wide range of acts.

Still advocating for horse and rider