Barbecue fans were sampling competition-level dishes at the new home of the Canadian Festival of Chili and Barbecue in Langley over the weekend.

From the parking lot of the Cascades Casino Resort on the Fraser Highway, where it has been held for several years, the event this year was shifted to the parking lot of Kwantlen Polytechnic University (KPU) in the 20900 block of the Langley Bypass.

Fred Roycroft, one of the organizers of the event, said the festival continues to enjoy a “great relationship” with the casino.

“We are extremely grateful for their continued support even as we carry on in a new venue. Gateway [the company that owns the Cascades] is still an active partner in our ongoing efforts to make an event that all Langley can be proud of.”

Tanya Gabara, director of public relations for Gateway Casinos said the Cascades was “proud to be a long-time supporter of this event.”

Gabara said the casino has seen the festival grow “exponentially over time and they have now outgrown our parking lot and moved the festival to a much larger venue.”

She added the casino remains committed to continuing its support and this year, will be matching the donations received through admission up to $3,000 in support of the firefighters burn fund.

Teams from Oregon, Washington State, and all of B.C. took part in the event, the oldest and largest chili and barbecue contest in Canada and the Pacific Northwest.

There were 30 barbecue teams signed up and other independent teams participating in chili and side events, all competing for $15,000 in cash and prizes.

To honour the memory of firefighter and Canadian Festival founder Dave Veljacic, the event raises money for the BC Professional Fire Fighters Burn Fund.

Close to $50,000 has been raised for the charity over the past few years by selling wristbands that allow visitors to taste entries for a suggested donation of $5.

Samples of the competition teams’ Chili and BBQ recipes are available to the public following each turn-in for judging, while supplies last.

The festival got its start in New Westminster and moved around the Lower Mainland before settling in Langley. 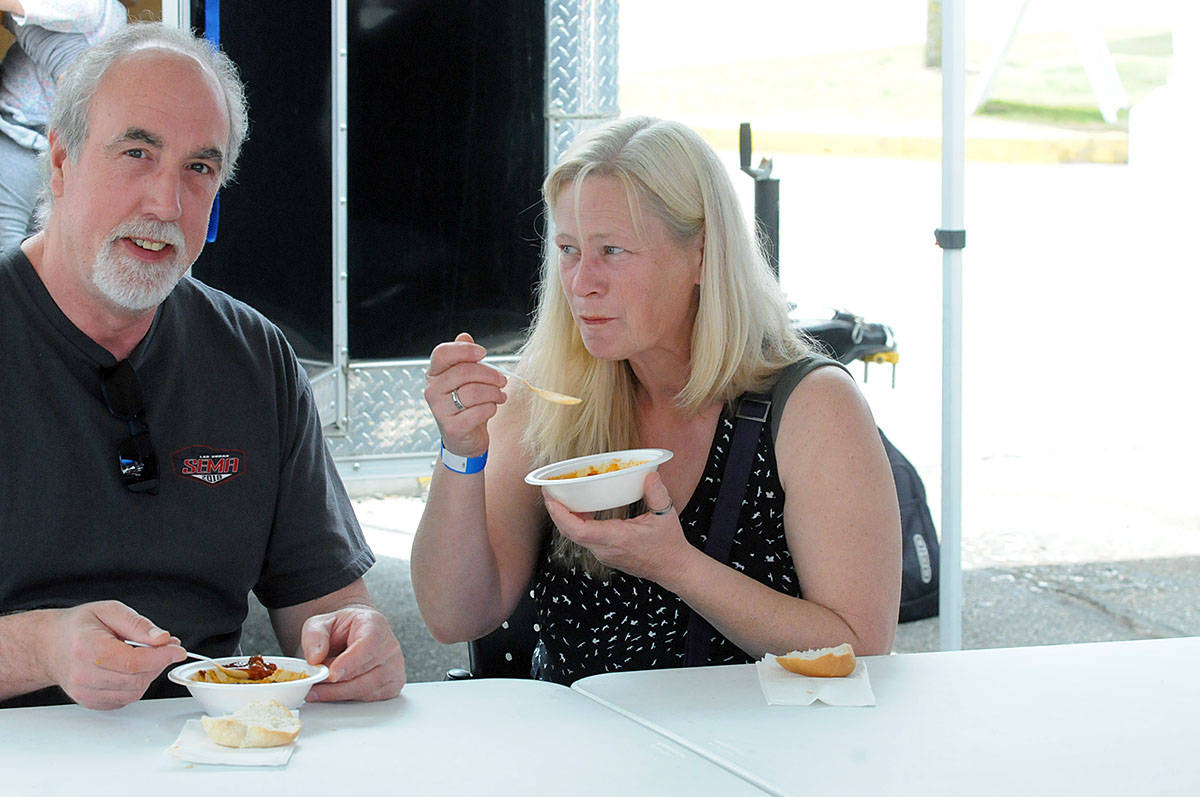 For a five dollar donation to the firefighters burn fund, visitors to the Canadian Festival of Chili and Barbecue in Langley could sample some of the entries. Harry Kelleher and Ellen Young try a tasty entry. Dan Ferguson Langley Advance Times 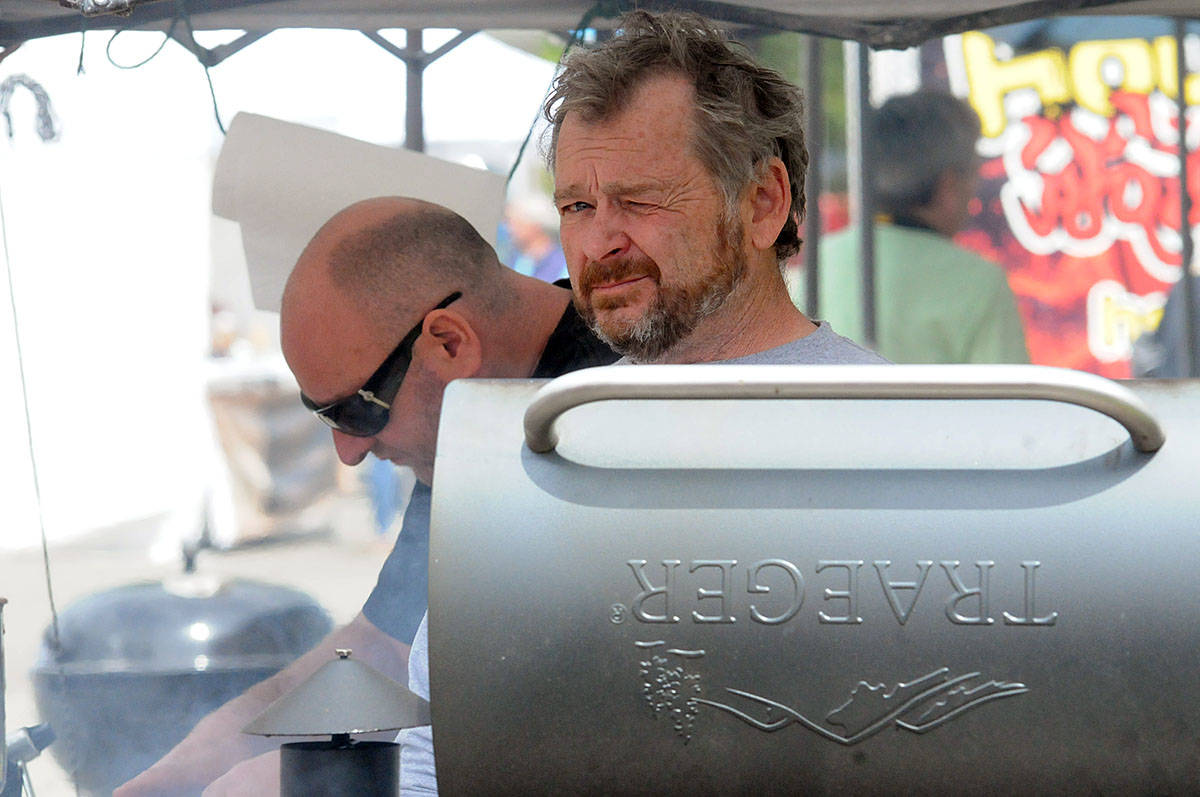