In the seven years that Sandy Cameron has been volunteering to work on the annual Christmas Tree lighting in Fort Langley, she never made it down to the Fort Langley Canoe Club dock landing to see Santa arrive.

“I’ve always been at the hall [during the tree lighting,” she recounted.

This year, she did, and was surprised at her own reaction.

“It brought a tear to my eye,” she told the Langley Advance Times.

“I got really emotional.”

Cameron recalled looking up from the dock to see the landing packed with children, cheering loudly as Santa pulled into the dock.

She walked with the hundreds of people who followed Santa from the Bedford Plaza docks to the community hall up Glover Road from the landing, some carrying lanterns to help light the way.

Then, after working his way through the crowd and dispensing hugs, she witnessed the jolly old elf led the crowd in a countdown to turn on the lights.

“It was so fabulous,” Cameron said.

“It was quite something to see.”

Another visitor, Stella Baker, was attending her first tree lighting.

“It was lovely,” Cameron said.

While she is a resident of Fort Langley, Baker explained she hadn’t been to the annual event until her neighbours, Halimah Schurch and sons Eli, 5, and Emerson, 8 invited her.

Cameron, secretary of the Fort Langley community hall board of directors, said it is always difficult to estimate attendance, but it was almost certainly more than 1,000.

One of the volunteers reported they gave away 500 of 1,000 hot chocolates that were prepared for the event by Wendel’s Bookstore and Cafe, and noted there were far more people without hot drinks at the lighting.

In addition to the hot chocolate, there were songs performed by the Langley Community Music School children’s choir. 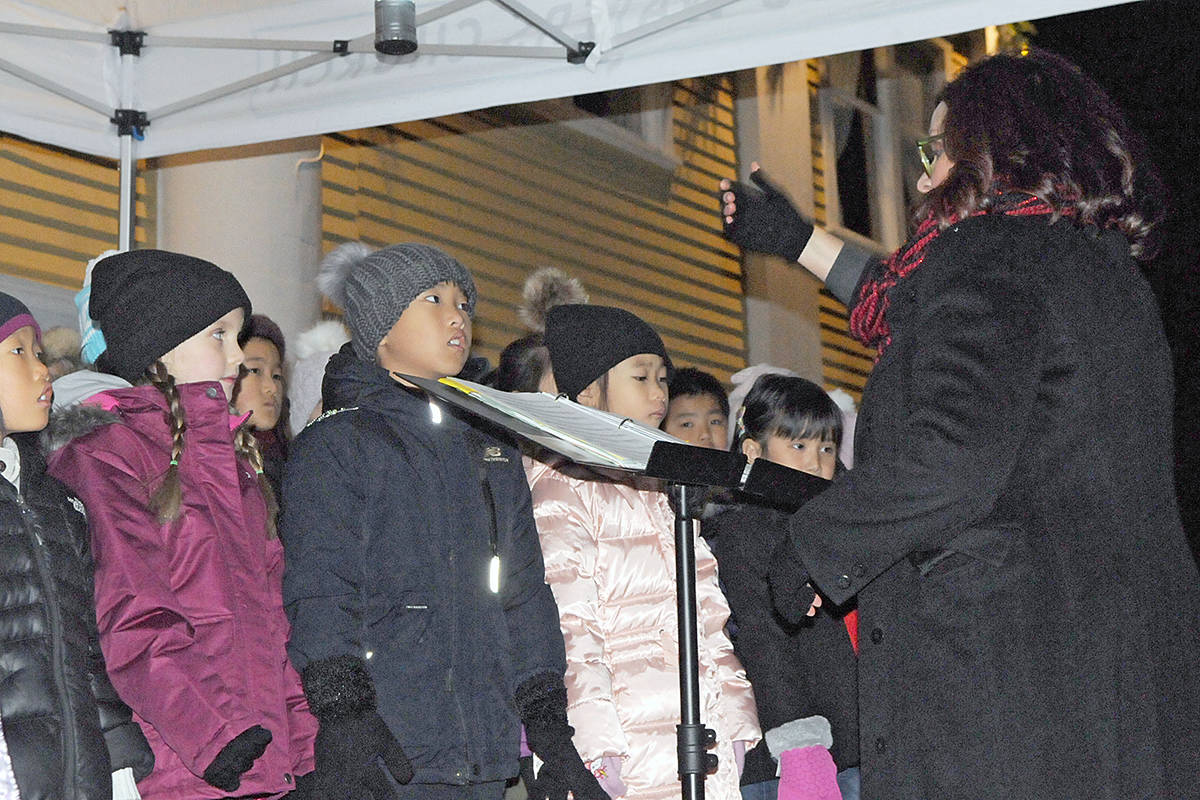 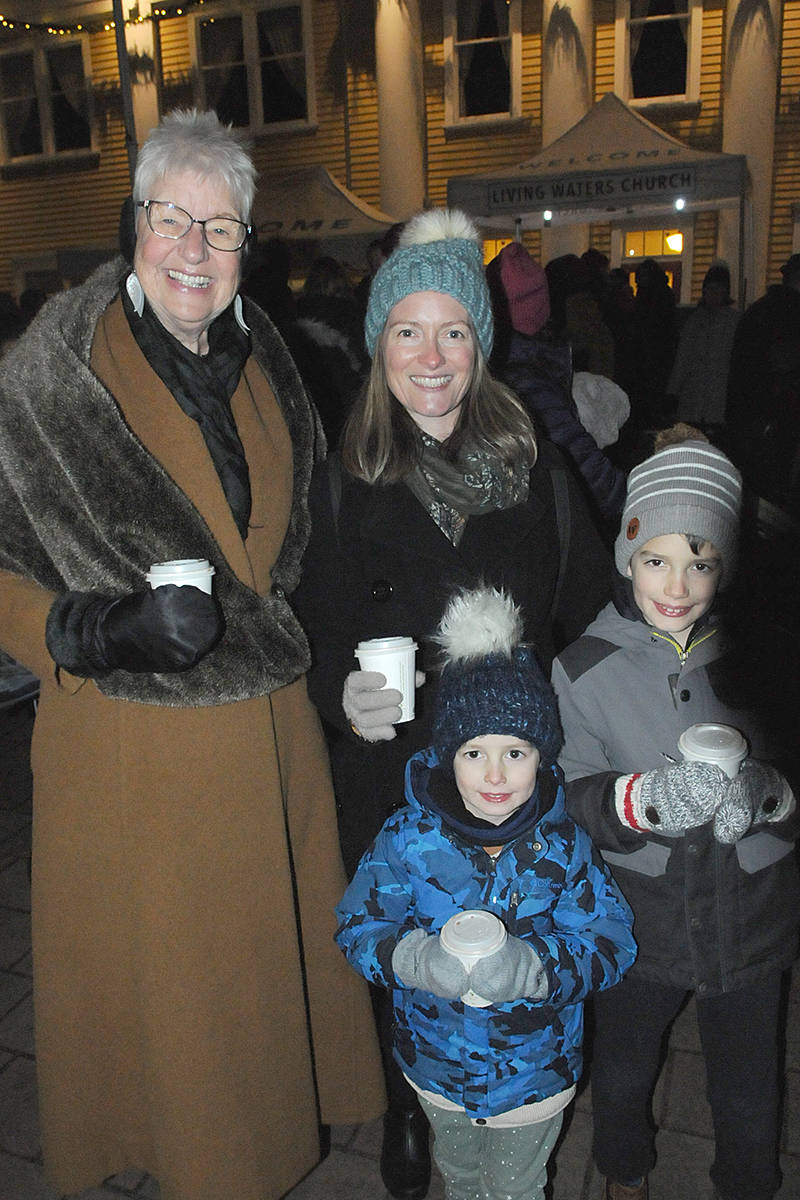 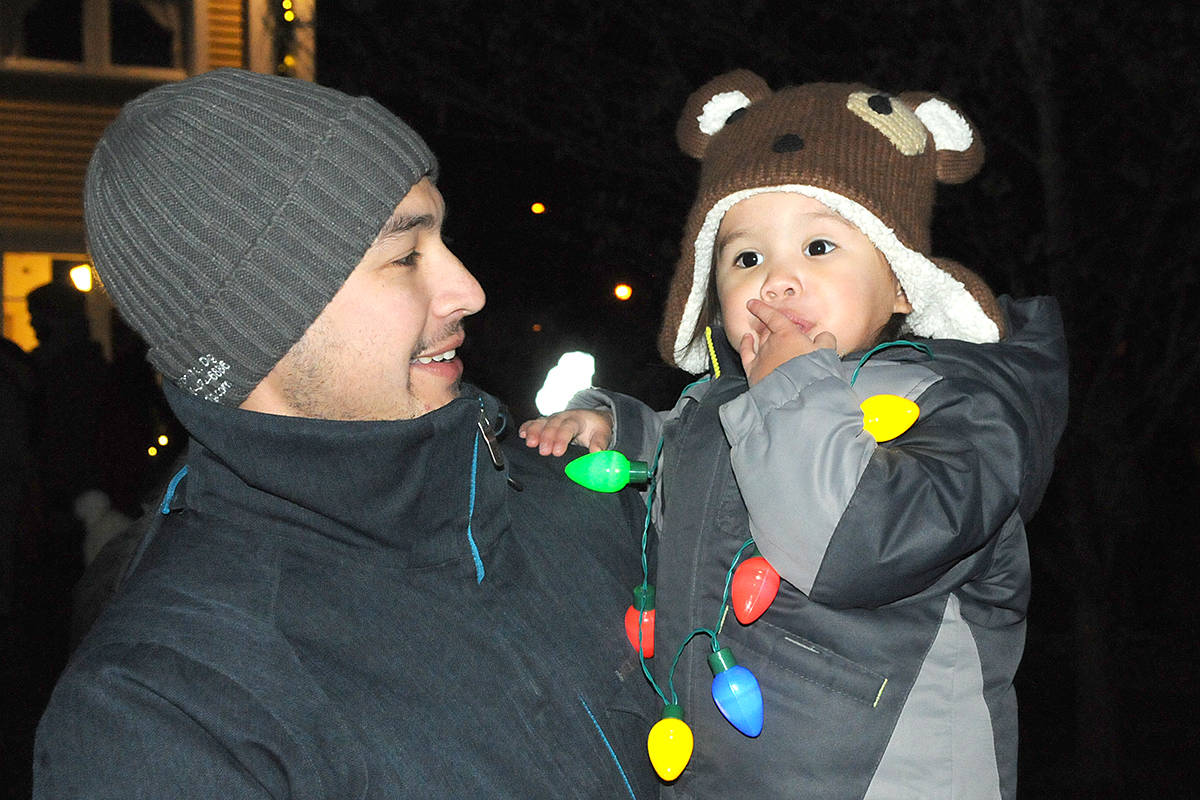 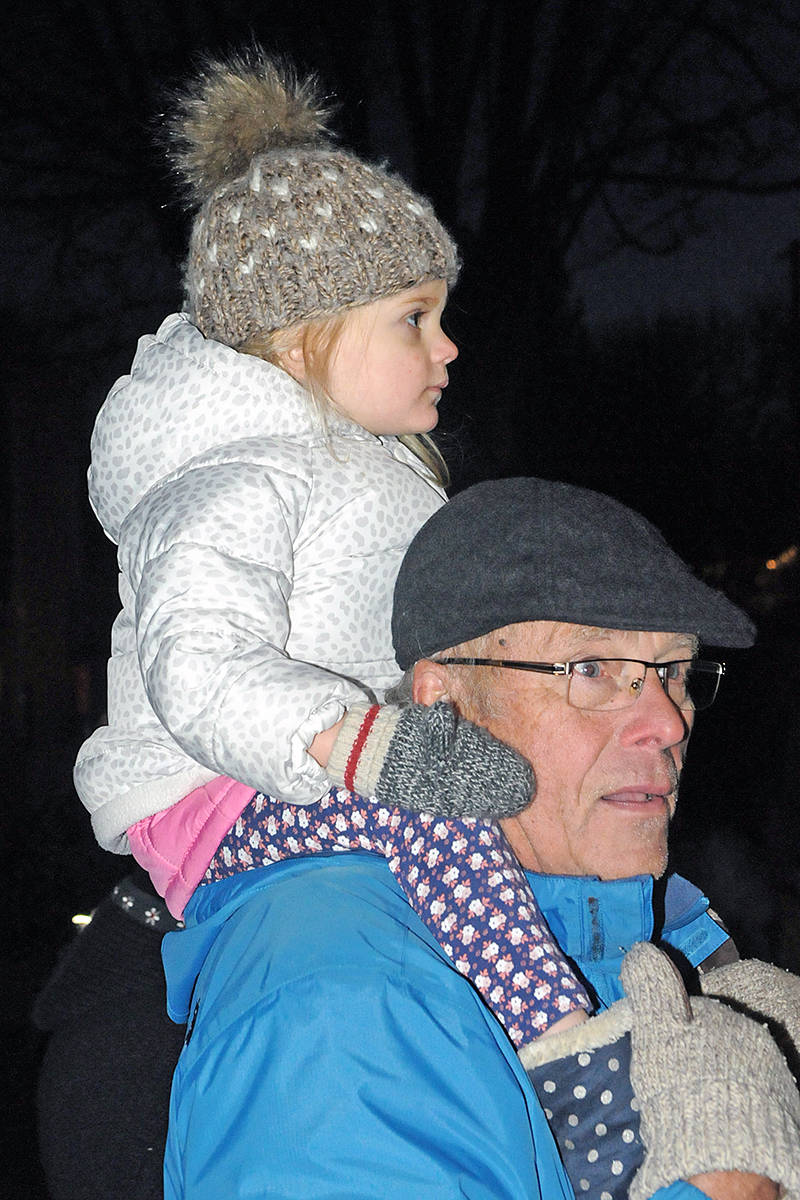 The best way to a clear view of Santa. (Dan Ferguson/Langley Advance Times)

Be good for goodness sake and post those Langley Santa photos