A grade-three student from Blacklock Fine Arts Elementary got to skip the school bus Tuesday morning and ride to class with fire prevention officer Brent Perry.

Tayden Fournier was picked up at his home by a Langley City fire engine and whisked off to school where his classmates waited to greet him at the front doors.

Fournier won the coveted seat after his name was drawn during a fire prevention week contest, an initiative to teach young and old about fire safety.

Perry said about six more classes from Langley schools have a winner that will get to ride along in the passenger seat in the coming weeks.

In the meantime, a speechless but smiling Fournier was crowned with an honorary firefighter helmet before heading off the school.

The rest of his class didn’t come out empty-handed either, the fire crew gave the students at Blacklock a tour of the truck and a glimpse at what kind of tools are stored inside.

Fire prevention week ran Oct. 6 to 12 with a fire hall open house, which educates people about the Langley Emergency Program and what sorts of emergency kits should in kept in the home. 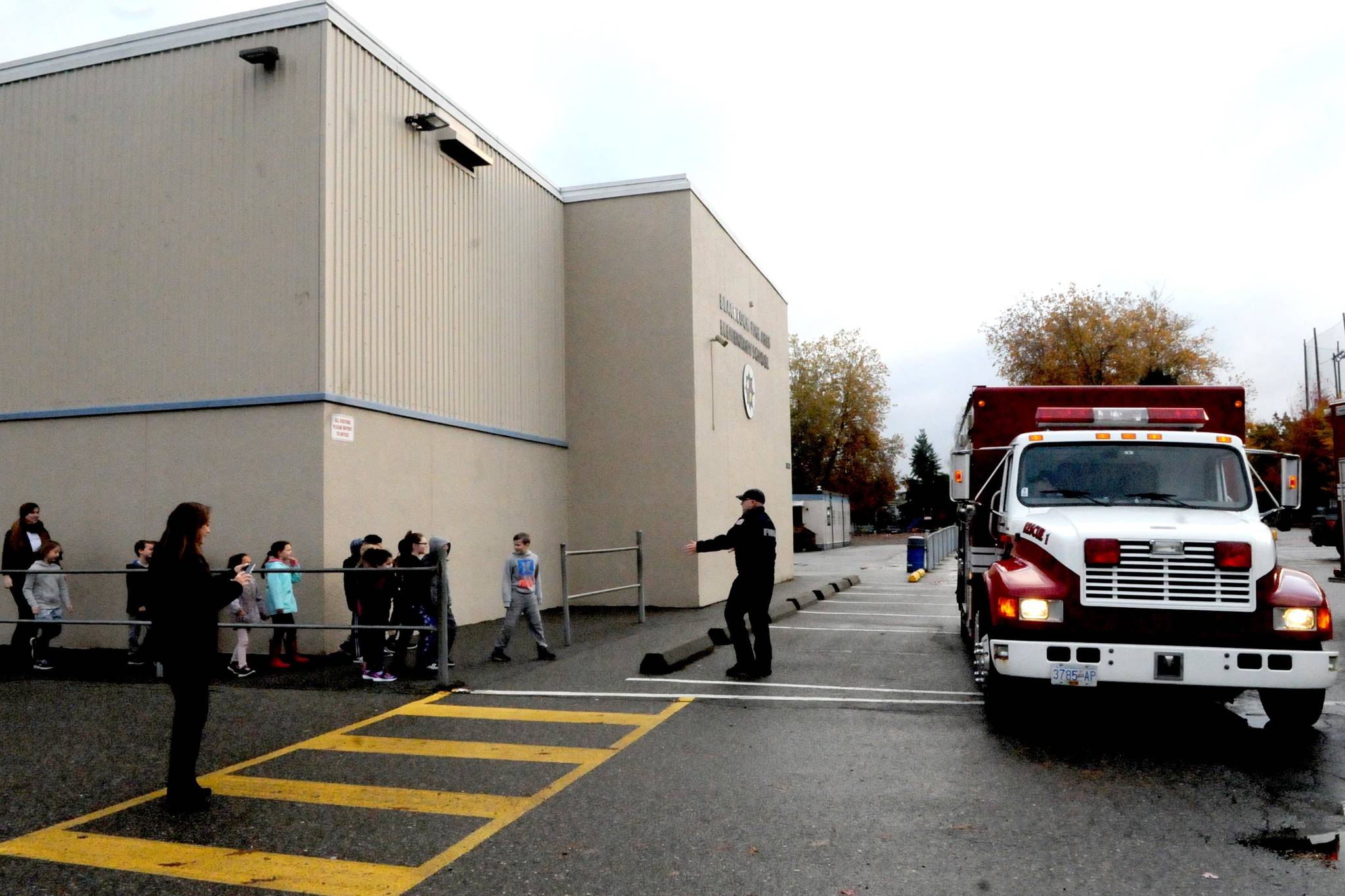 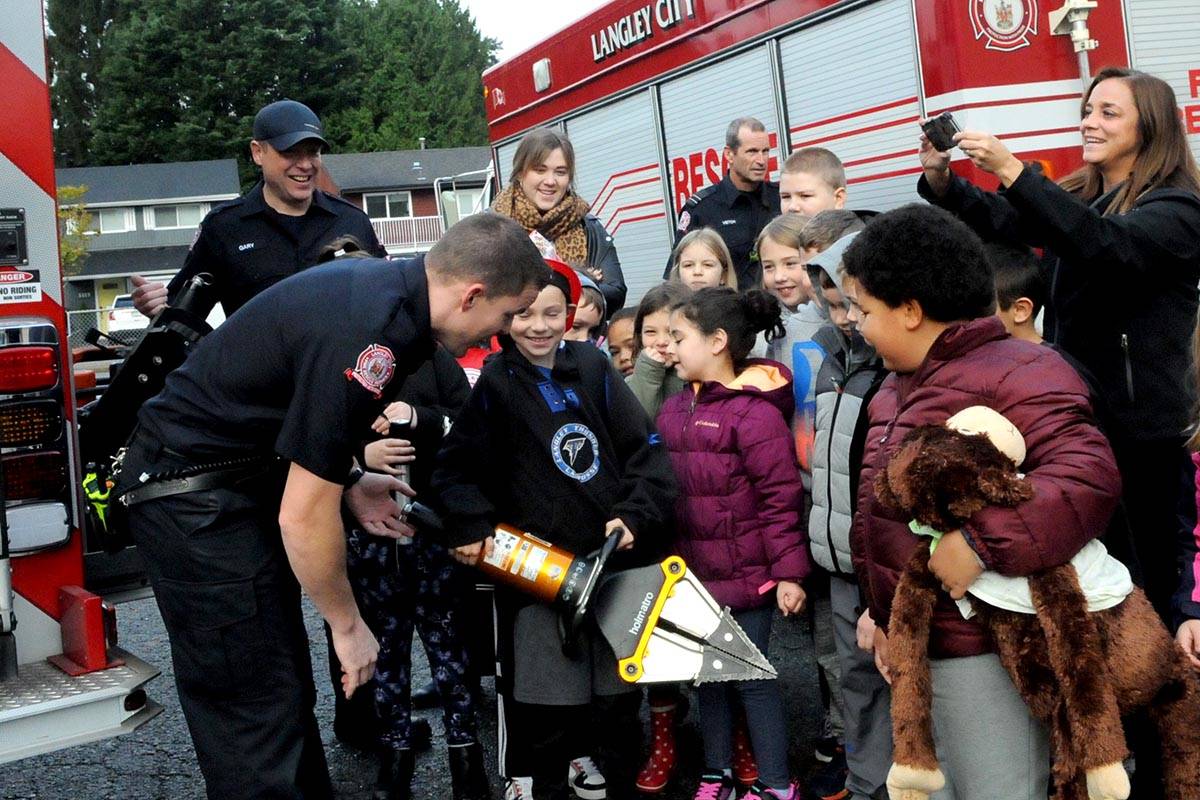 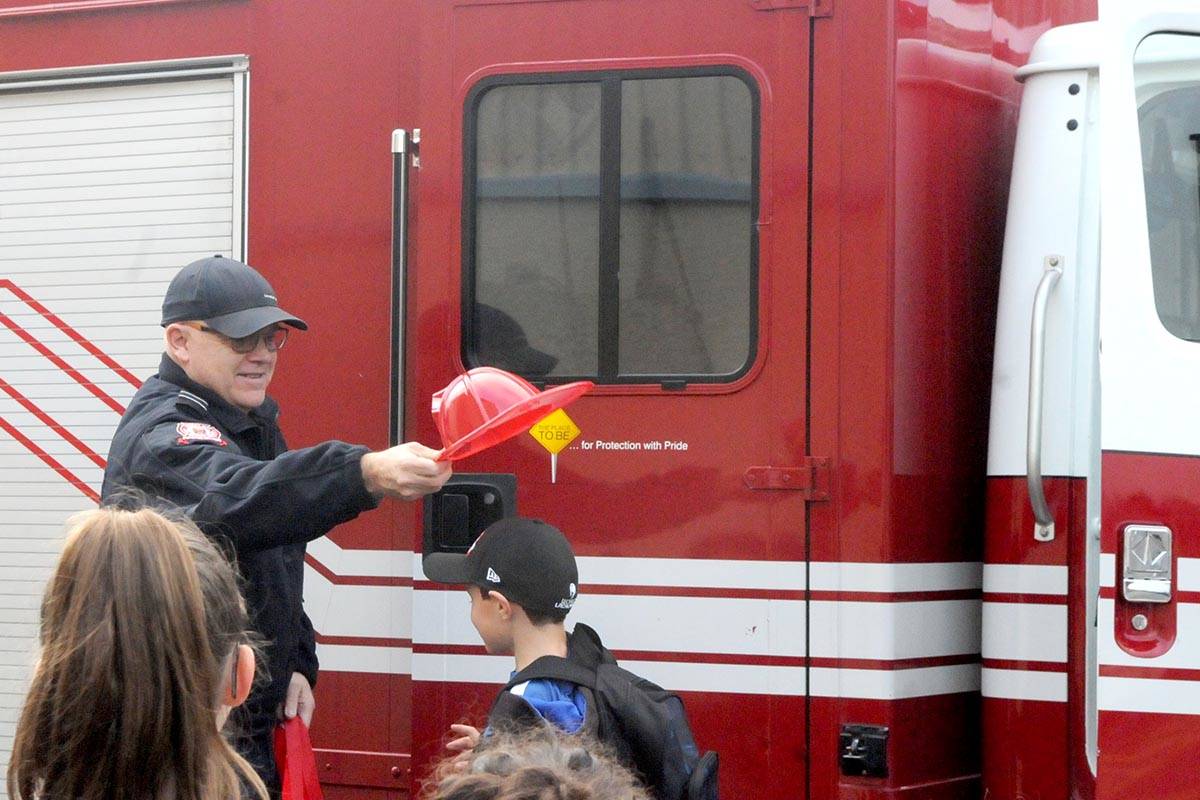 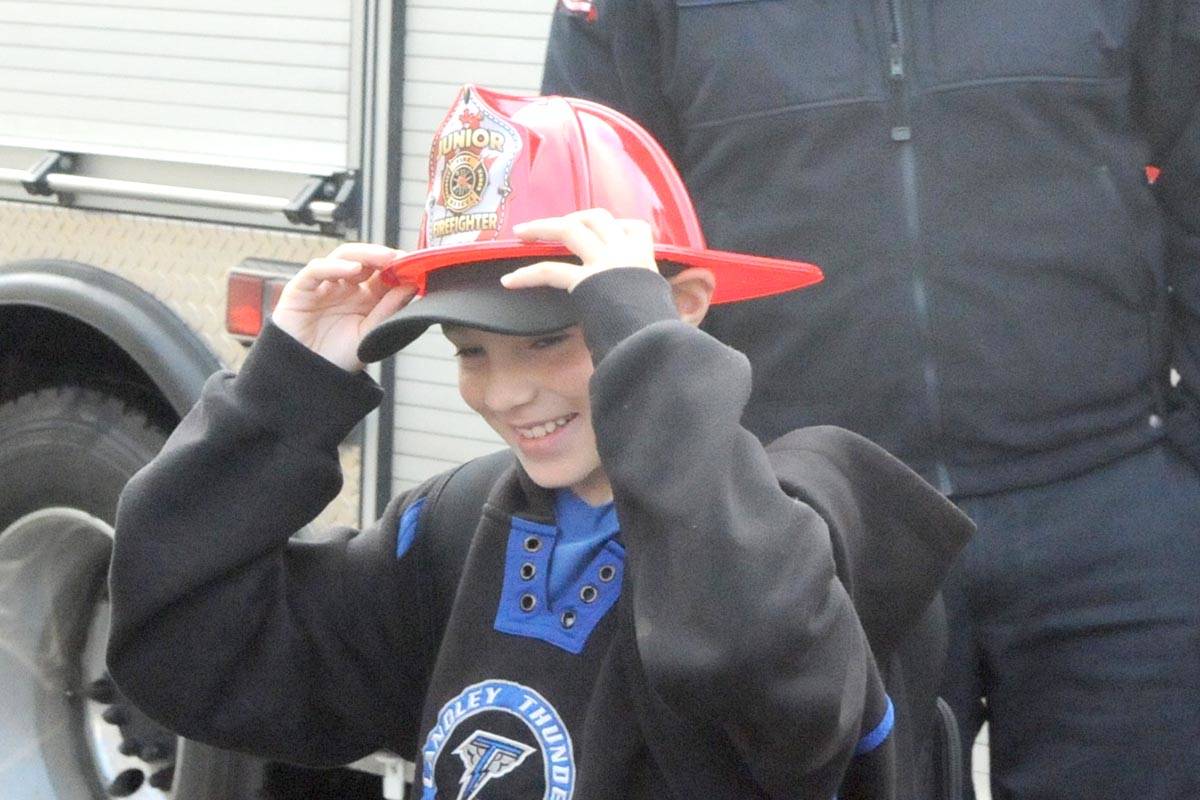 A Change of Command for the 746 Lightning Hawk Cadets Squadron