Langley residents gave generously, not only filling an ambulance full of food and baby items but also filling Kimz Angels pink truck — and a new addition — a pink fire truck on Dec. 16 and 17.

The annual Fill the Ambulance campaign was a huge success again this year at the Murrayville IGA.

Kimz Angels founder Kim Snow said all the food, diapers, toiletries, and toys have now been hand delivered to moms in need, families with older children and people who may have gone hungry this holiday.

Former BC Lions star Marco Iannuzzi donated his time both days, donning a pink tutu and santa hat. On the Saturday, he even got up on the fire truck and sang and danced to ‘Dominick The Italian Christmas Donkey.’ 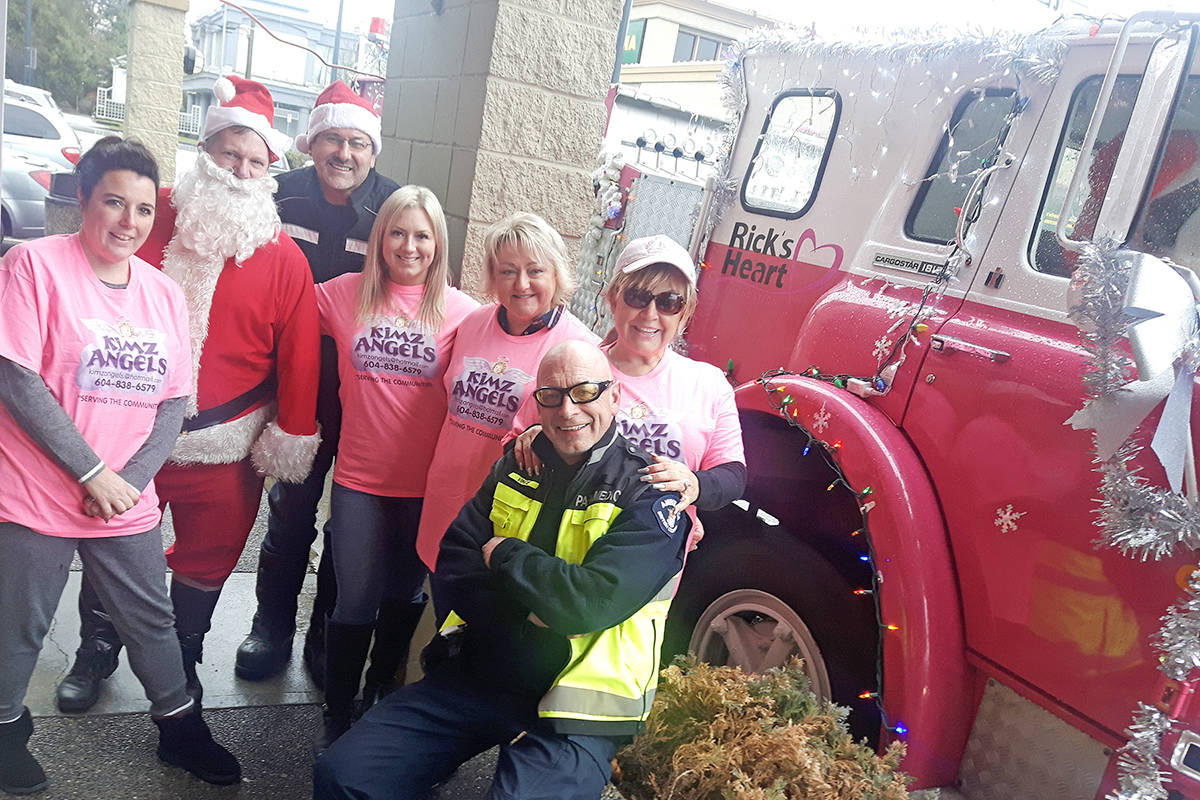 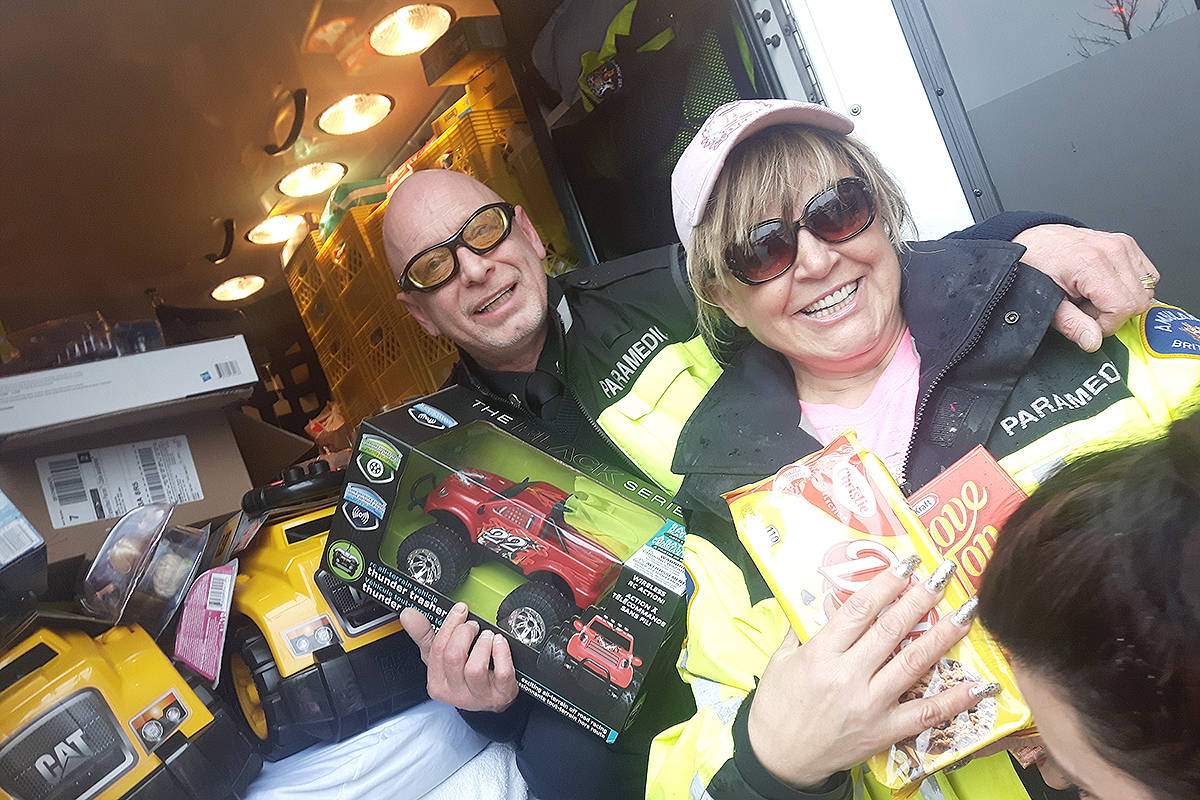